Accessibility links
Germany's Angela Merkel Says She Won't Seek Re-Election, Will Leave Party Role Merkel announced that she will step down from leading the Christian Democratic Union after her party struggled in a regional election. Her current term as chancellor runs into 2021. 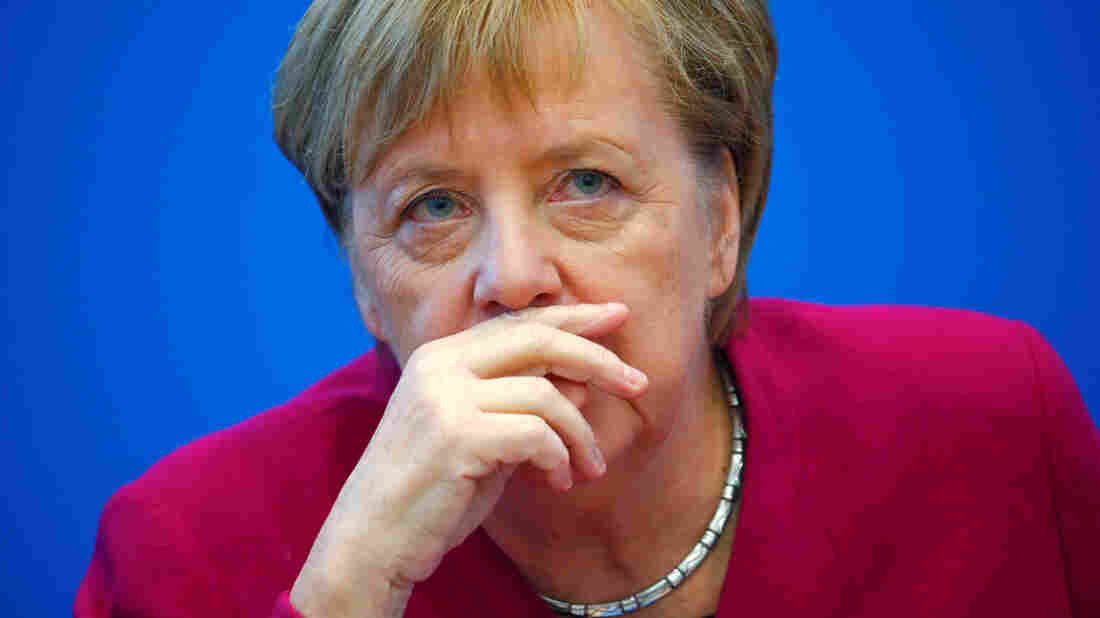 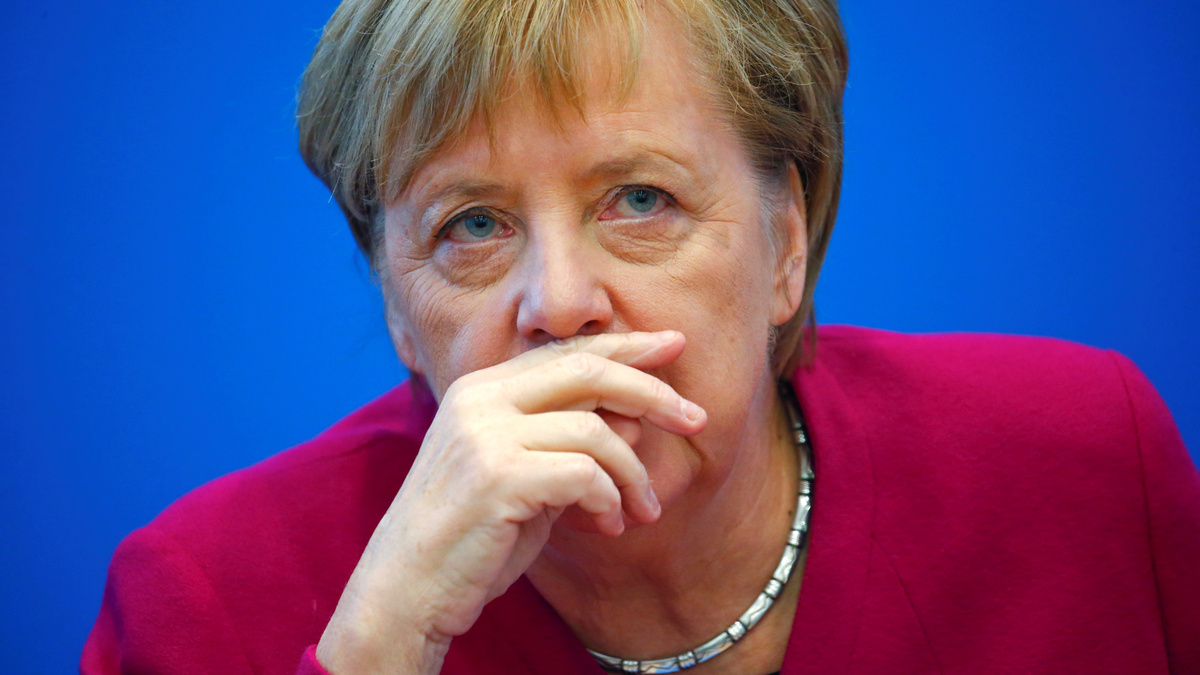 German Chancellor Angela Merkel says she is stepping down from leading her party, announcing her decision after the Christian Democratic Union's recent election struggles.

German Chancellor Angela Merkel says she will step down from leading the Christian Democratic Union and won't seek re-election, rattling the political scene in Germany and setting the stage for her to eventually be replaced in her country's highest office.

"The time has come to open a new chapter," Merkel said.

Merkel, 64, announced the move on Monday, speaking in Berlin after meetings about her party's struggles in Germany's recent election.

We’re LIVE as Angela Merkel is set to speak to the media in light of reports that this will be her last term as German chancellor.https://t.co/aqzAkaIrA9

Political analysts in Germany are wondering if Merkel might not serve out a full term if she's not leading her own party — a pairing that Merkel herself has previously said is crucial to being an effective chancellor.

Merkel also said she won't seek to return as her party's leader when the CDU meets in December, setting off speculation over who in her party might try to replace her.

Merkel's Allies Falter In Regional Elections, As Rivals Gain On Left And Right

Merkel, her party and its allies in a governing coalition have been under attack by far-right politicians, who have been able to translate tensions over Germany receiving refugees from Syria, Iraq and other countries into election wins and a growing base of support.

Merkel said the election results in Hesse were bitterly disappointing. In the past, such losses sometimes have been treated as a regional blip. But in this case, Merkel said, her political allies in Hesse had suffered because of negative fallout from Germany's national political scene.

The surprise announcement that Merkel would leave her party's leadership but remain in the chancellorship did not satisfy her critics. According to Deutsche Welle, as news of Merkel's move spread, Christian Lindner, who leads the center-right Free Democrats (FDP), said, "She's quitting the wrong office."

When Merkel took office in 2005, her U.S. counterpart was President George W. Bush. Much has changed since then, and as the gap between the U.S. and its European allies has widened during the Trump administration, Merkel's international profile has grown. Her name has been mentioned as a possible future leader of the European Union — but Merkel repeatedly dismissed that idea on Monday, saying she has no intention of running for any other political office.