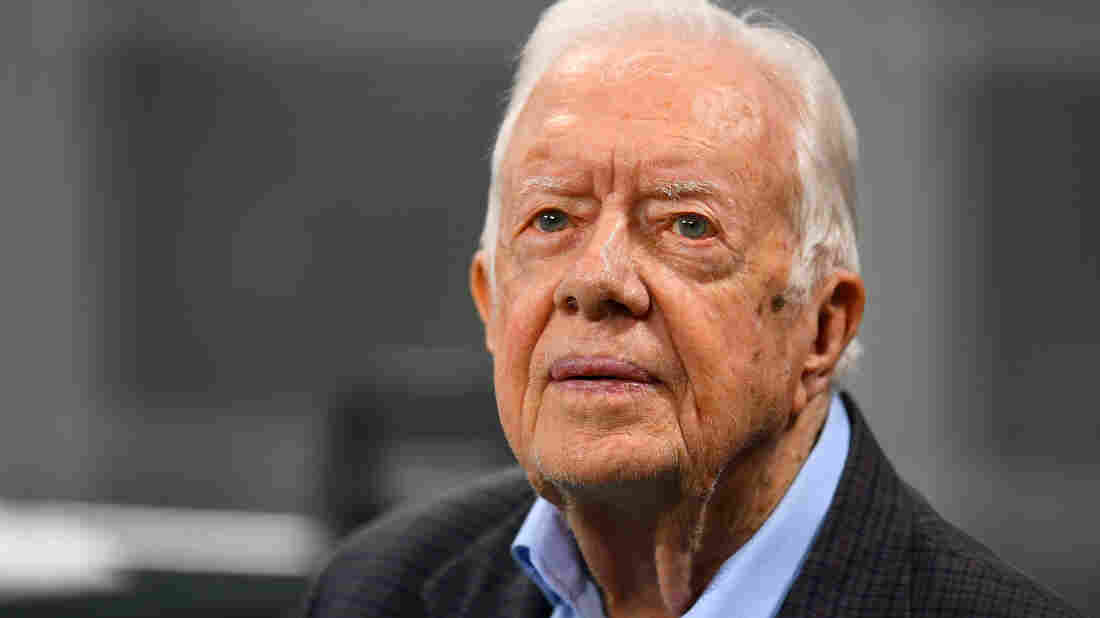 Former President Jimmy Carter has devoted much of his post-presidential life to observing elections overseas. He is asking GOP gubernatorial candidate Brian Kemp to step down from his position as Georgia secretary of state "to ensure the confidence of our citizens." Scott Cunningham/Getty Images hide caption 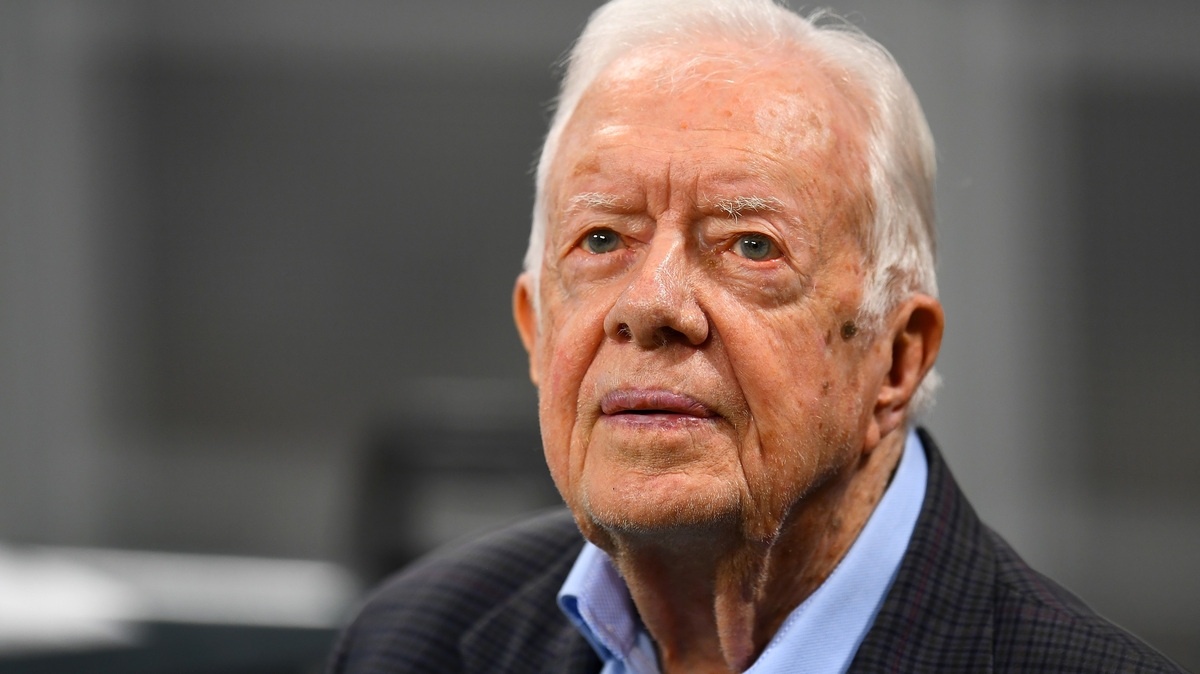 Former President Jimmy Carter has devoted much of his post-presidential life to observing elections overseas. He is asking GOP gubernatorial candidate Brian Kemp to step down from his position as Georgia secretary of state "to ensure the confidence of our citizens."

Former President Jimmy Carter has personally urged the Republican candidate for governor in Georgia to resign from his position overseeing the state's elections. Carter lodged his appeal to Georgia Secretary of State Brian Kemp in a letter dated last Monday and first obtained by The Associated Press.

The contents of the letter were confirmed to NPR by a spokesperson for the Carter Center, the former president's organization devoted partly to monitoring democratic elections across the world.

In his letter to Kemp, Carter said it was his decades of experience assisting elections abroad that persuaded him to wade into the bitter dispute now roiling the Georgia gubernatorial race. Kemp has been under fire for deciding to purge tens of thousands of voters from the voter rolls — months after declaring his intent to run for governor.

"In Georgia's upcoming gubernatorial election, popular confidence is threatened not only by the undeniable racial discrimination of the past and the serious questions that the federal courts have raised about the security of Georgia's voting machines, but also because you are now overseeing the election in which you are a candidate," wrote Carter, who served as Democratic governor of Georgia himself before winning the presidency in 1976.

"This runs counter to the most fundamental principle of democratic elections — that the electoral process be managed by an independent and impartial election authority."

In Florida And Georgia, Heated Campaigns For Governor Boil Over In Controversies

Carter is far from the only prominent figure to raise concerns about Kemp's role as both candidate and referee in next week's election — and last year's voter purge is not the only move that has gotten Kemp embroiled in controversy.

An APM Reports investigation found that removals have spiked during Kemp's tenure overseeing Georgia's election process. More than 1.6 million names were removed from the state's rolls in the past decade, including his eight years in office.

And a half-dozen civil rights groups recently sued the secretary of state over the delay of some 53,000 voter registration applications, which his office has placed on hold citing questions about the applicants' citizenship status. According to the AP, nearly 70 percent of those pending registrations came from African-Americans.

"This protocol will continue to have a discriminatory impact on African-American, Latino and Asian-American applicants," the groups alleged in their complaint, "and will continue to impose severe burdens on voting-eligible Georgians' fundamental right to vote that are not justified by any rational or compelling state interest."

Kemp, for his part, has denied wrongdoing, and he has dismissed previous calls for him to step down as secretary of state.

He says his office's actions are squarely in line with a state protocol known as "exact match," which requires that information supplied on voter registration forms line up precisely with the applicant's Social Security and driving records. Errors such as misspellings or the use of nicknames can result in delayed processing under the law passed last year.

A Kemp spokesman responded to Carter's letter Monday by blaming Abrams for "trying to distract voters with another publicity stunt."

"It's sad that she's using the former president to do her dirty work," campaign Communications Director Ryan Mahoney said in a statement. 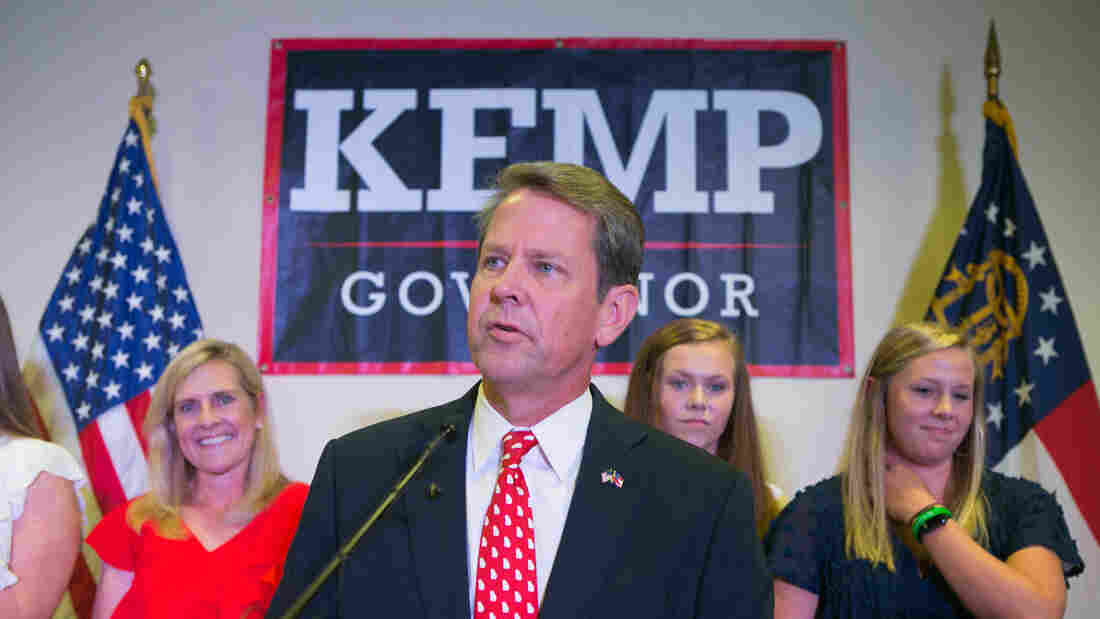 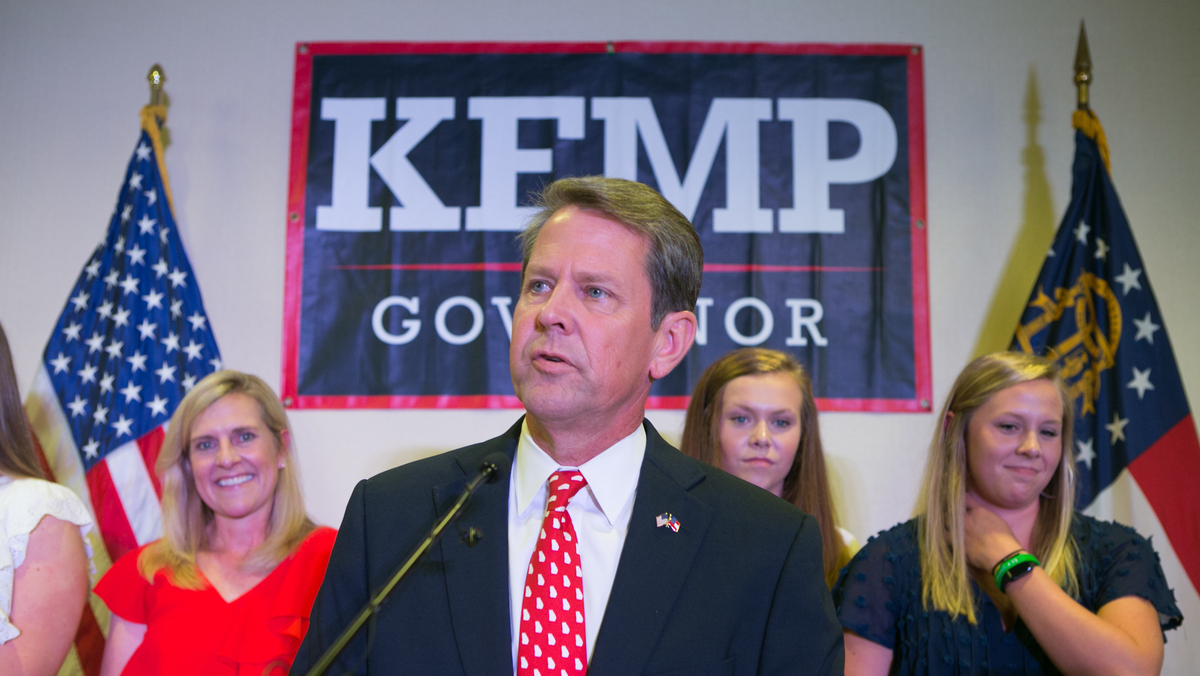 Secretary of State Brian Kemp declares victory in July after winning a runoff to win the GOP nomination for governor.

A federal district judge held an emergency hearing on the matter Monday.

Carter didn't get too deep into specifics in his brief personal appeal to Kemp. Rather, the former president laid out his argument as a broad plea to ensure the stability of Georgia's electoral process.

"In order to foster voter confidence in the upcoming election, which will be especially important if the race ends up very close, I urge you to step aside and hand over to a neutral authority the responsibility of overseeing the governor's election," Carter said.

"This would not address every concern, but it would be a sign that you recognize the importance of this key democratic principle and want to ensure the confidence of our citizens in the outcome."