Accessibility links
Pentagon: 5,000 Troops Will Be Deployed To U.S.-Mexico Border The troops are likely to be active-duty Army personnel. As U.S. troops are prohibited from performing law enforcement activities within the United States, they will be in support roles only. 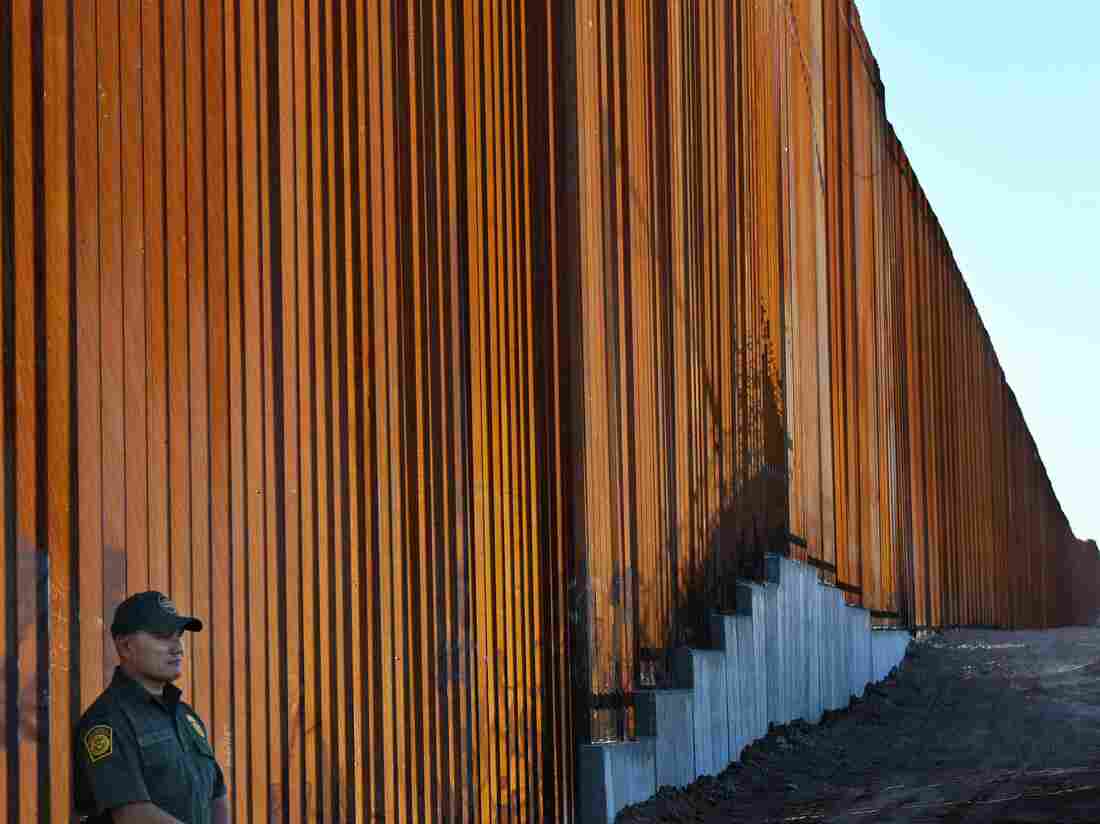 A border protection officer stands next to a recently upgraded section of fencing at the U.S.-Mexico border in Calexico, Calif., on Friday. The Pentagon says it will send 5,000 U.S. troops to the border. Mark Ralston/AFP/Getty Images hide caption 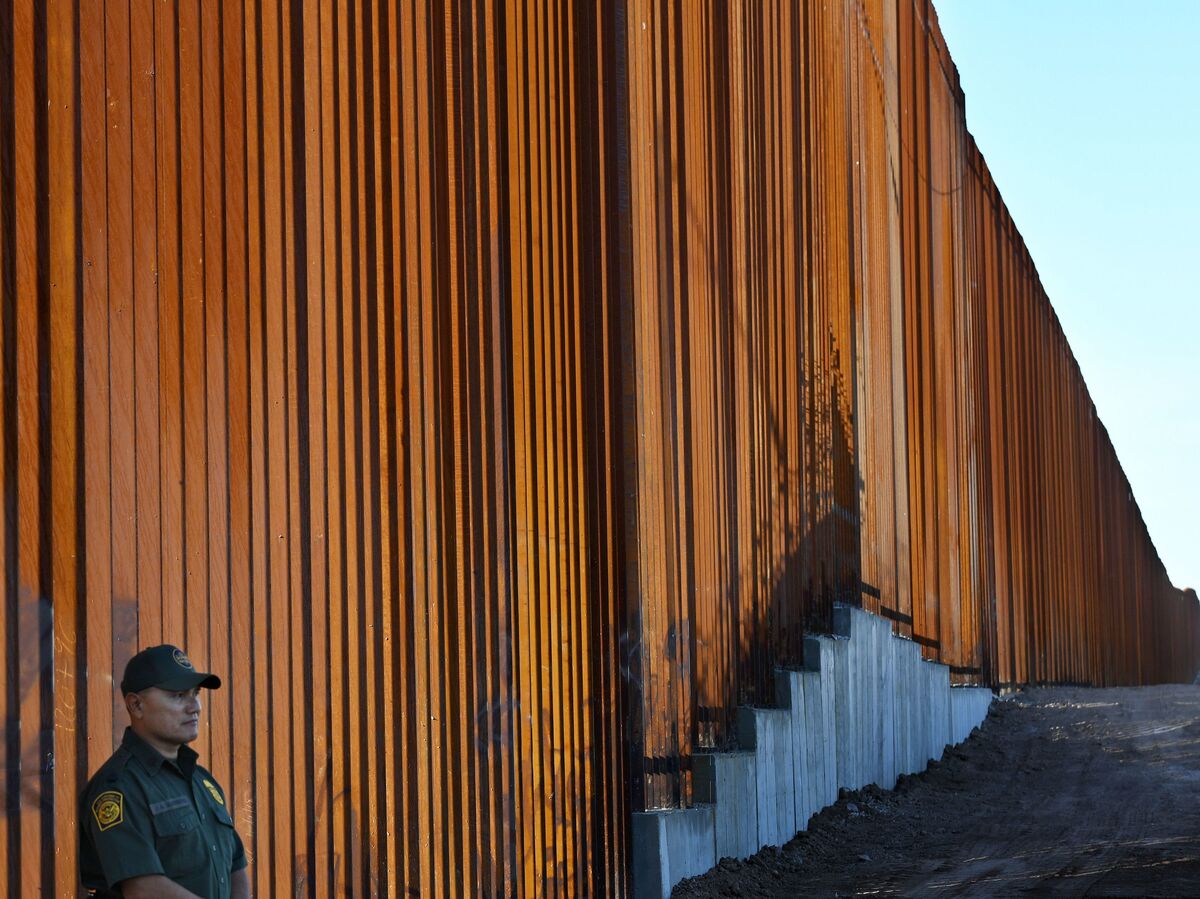 A border protection officer stands next to a recently upgraded section of fencing at the U.S.-Mexico border in Calexico, Calif., on Friday. The Pentagon says it will send 5,000 U.S. troops to the border.

The U.S. military will send approximately 5,000 support troops to the U.S.-Mexico border, the Pentagon announced on Monday.

The exact number could be slightly higher or lower, a Pentagon official told NPR. The official said the deployment is being done to support the Department of Homeland Security and Customs and Border Protection.

The uniformed troops are likely to be active-duty Army personnel, with perhaps some members of the Army Reserve and Marines. There are already 2,100 National Guard members deployed to the border.

The announcement comes as a caravan of migrants is making its way from Central America to the Southwest border of the United States. CBP Assistant Commissioner of Public Affairs Andrew Meehan said in a news conference Monday afternoon that there are approximately 3,500 people in one group, which is currently at the Chiapas-Oaxaca border in southern Mexico. A second group of about 3,000 migrants is at the border crossing between Guatemala and Mexico, he said.

President Trump has been warning against these migrants for weeks. On Monday morning, he tweeted: "Many Gang Members and some very bad people are mixed into the Caravan heading to our Southern Border. Please go back, you will not be admitted into the United States unless you go through the legal process. This is an invasion of our Country and our Military is waiting for you!"

The president offered no evidence of "gang members" and "very bad people" in the caravan. As NPR's Colin Dwyer has reported, journalists covering the caravan in Mexico have disputed Trump's past statements that "criminals and unknown Middle Easterners" are part of the movement north.

Because the Posse Comitatus Act prohibits the U.S. military from performing law enforcement activities within the United States, the troops will be in support roles only. They will not have arresting power and won't interact with migrants.

Those deployed will include engineers, planners, military police, pilots, cooks and medical personnel. Among the work the troops will undertake is the building of camps to house CBP personnel along the Mexican border.

The troops will come from Army bases around the country, including Fort Bragg in North Carolina, Fort Riley in Kansas, Fort Campbell in Kentucky and Joint Base Lewis McChord in Washington state. By the end of the week, they'll head to staging bases in California, South Texas and Arizona.

A previous version of this story incorrectly spelled the second name in Joint Base Lewis McChord as McCord.