Accessibility links
James 'Whitey' Bulger, Secret Informant To The FBI, Dies In Prison James "Whitey" Bulger rose to power as a secret informant to the FBI. His 16-year run as a fugitive made Bulger a legend and deeply embarrassed the FBI. 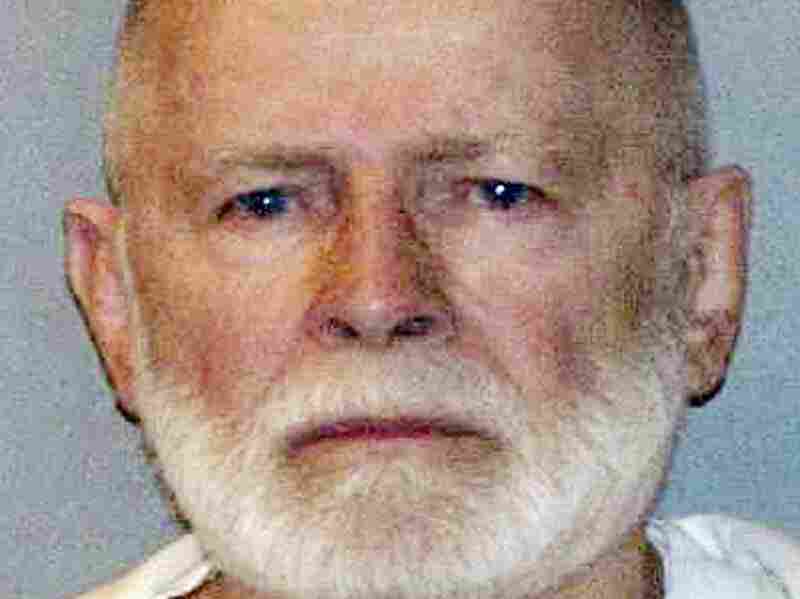 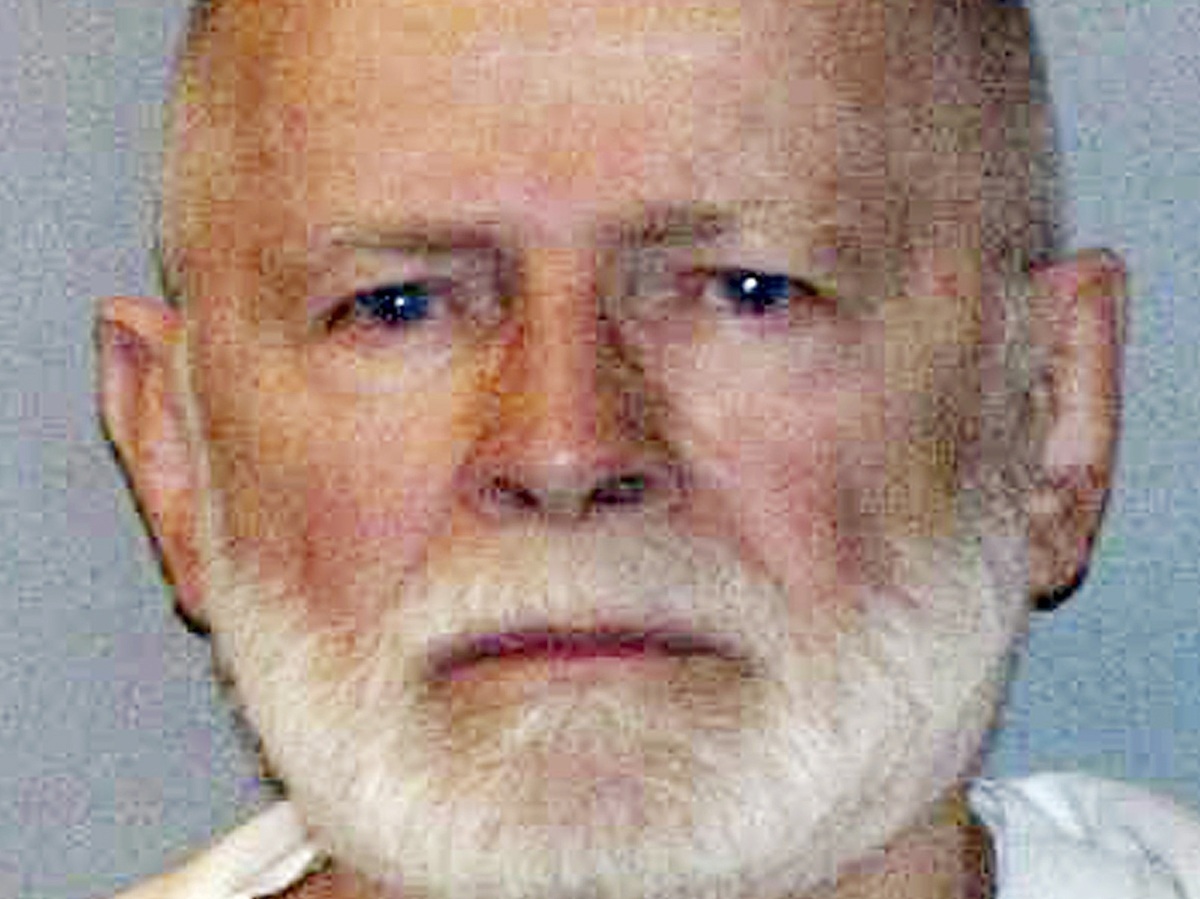 This file June 23, 2011, booking photo provided by the U.S. Marshals Service shows James "Whitey" Bulger. He was convicted in Boston federal court in August 2013 of multiple murders and other crimes.

Convicted mobster James "Whitey" Bulger, who rose to power as a secret informant to the FBI and counted on FBI agents to help him get away with murder and extortion, was found dead in prison Tuesday. He was 89.

The federal Bureau of Prisons confirmed Bulger's death in a statement, saying he was found unresponsive around 8:20 a.m and pronounced dead after life-saving measures were attempted.

A law enforcement source, speaking on condition of anonymity, told WBUR that Bulger was killed in prison.

In a statement, the U.S. Attorney's Office for the Northern District of West Virginia said it and the FBI will conduct an investigation into Bulger's death.

At the time of his death, Bulger was serving two consecutive life sentences. He died at Hazelton federal prison in Bruceton Mills, W.V. where he was recently transferred.

Until his trial in 2013, Bulger had avoided prison for decades, thanks to his connections to the U.S. Department of Justice and an inside tip in 1994 that he was about to be arrested. His 16-year run as a fugitive made Bulger a legend and deeply embarrassed the FBI.

He had become an old man by the time he was arrested in 2011.

He was one of the most feared men in the history of Boston.

"When Jim Bulger decided to kill somebody, he killed him. There was no changing his mind. And people knew it," said Kevin Weeks, who had seen his boss at work, buried some of the victims, and testified at Bulger's trial.

When Jim Bulger decided to kill somebody, he killed him.

Bulger rose from the projects of South Boston, along with his brother William, whose parallel path to power went to politics and the presidency of the Massachusetts Senate and later the University of Massachusetts.

From boosting goods from the backs of trucks, "Whitey" Bulger graduated to bank robbery and a stint in federal prison, including Alcatraz, of which he was a proud alumnus. Back on the streets, he joined an Irish gang called Winter Hill and killed as a favor for the Mafia.

"Because of his viciousness and his utter ruthlessness, he became a legend in Boston," recalled former TV reporter Ron Gollobin. "It was almost like a ghost. A ghostly presence. Even the cops were afraid of him."

He was cunning, disciplined and low profile. But Bulger's rise from gangster to godfather was enabled and empowered by the U.S. government's war on organized crime, in which the enemy was the Mafia — the Italian-American gangsters, and not the Irish-Americans.

What Boston Mafia boss Gennaro Angiulo and his lieutenants did not know about their outside hit men was this: Bulger and his partner Stephen "The Rifleman" Flemmi had been recruited as secret FBI informants.

"Isn't that the supreme irony?" asked Gollobin. "'Whitey' Bulger, New England's most notorious mobster ever, is a rat. And the whole time he is becoming more powerful with the help and aid of the FBI."

"They came to him to use him as an informant," Weeks said. "And he ended up using them as his informant. He flipped the switch."

Bulger corrupted his FBI handler John Connolly, who grew up in the same Southie housing project. He corrupted Connolly's supervisor, John Morris. With cash, gifts and master manipulation, Bulger compromised a number of agents who wined and dined him in their homes and in his.

From them, Bulger gained intelligence about rival gangsters and surveillance operations by honest law enforcement agents in which he was the target. One agent gave Bulger 40 pounds of plastic explosive, according to testimony at trial. Bulger was even given the identity of people informing about him, whom he then murdered.

"There are no words to describe how horrible an act that is," observed a retired state Superior Court judge, Robert Barton. "There is nothing lower. There's nothing worse."

One of America's most wanted

From the time he went on the books as an FBI informant in 1975, Bulger commanded fear across the city without incurring so much as a misdemeanor until 1995.

A team of state police detectives and a DEA agent and a couple of federal prosecutors finally built a case against Bulger, and overcame the entrenched opposition of the FBI. But Bulger was tipped off to his coming indictment. The heads-up came from Connolly, the star FBI agent. Off went Bulger with his longtime girlfriend Teresa Stanley, but he soon brought her home and picked up his other girlfriend, Catherine Greig.

"The fact he is still a fugitive after so many years is an embarrassment to every law enforcement officer we work with," one FBI supervisor, James Burkett, acknowledged when Bulger had only been a fugitive for five years. Afterward, the local bureau tried to retract that statement.

The astonishing break came in June 2011, after the FBI released a public service announcement focusing on Greig, the blond companion who was 20 years younger than Bulger. "Have you seen this woman?" the ad asked.

In short order, Bulger and Greig were captured in a rent-controlled apartment in Santa Monica, Calif.

Bulger came back to a city different from the one he'd left. His brother John had done a stint in prison for lying to a grand jury when asked about "Whitey." And his brother William had been forced out of office as university president after being subpoenaed to a congressional hearing and deliberately questioned in public in regard to "Whitey's" whereabouts.

After he asserted his Fifth Amendment right not to incriminate himself, William Bulger was then given immunity and forced to answer questions in a subsequent hearing in Washington in 2003. Reacting to his assertions of failed memory and apparent evasions, congressmen accused William Bulger of lying. It did not help his cause that a leaked grand jury transcript quoted him as saying he hoped his brother would never be captured.

When "Whitey" was put on trial in 2013, William Bulger never appeared.

"The FBI sat back and didn't do a damn thing"

"There is an incredible wreckage field that stretches from the '70s to this day," observed Gollobin, the former Boston TV reporter.

Though Bulger was convicted of all but one count at his trial, victims expressed frustration that those who had empowered and enabled Bulger were not held to account.

Tommy Donahue's father was gunned down by Bulger as he gave a ride home to someone who was talking to the FBI.

"You know, how Whitey was able to terror everybody for 30 years. Murder, manipulate, extort and not get in trouble at all. While the FBI sat back and didn't do a damn thing about it," Donahue said.

It was a wreckage field that was deep and wide, and though Bulger may have been the executioner, it had started with a secret special relationship with the Justice Department.

Former Republican U.S. Rep. Dan Burton summarized the findings of a congressional investigation into the scandal this way: "Rogue members of the FBI, up to the highest levels, protected informants at the expense of innocent people. Informants committed murders with impunity. Killers were tipped off so they could flee without being arrested."

For that period of time, Kevin Weeks might add this epitaph, recalling that over a span of over 20 years, "Whitey" Bulger could wake up every day, look out his window on to Boston and say to himself, "I own this town."