Accessibility links
Jonah Hill: Acting Was An 'Amazing Derailment' On The Path To Directing Hill always wanted to be a writer and director, but an unexpected compliment in an acting class shifted him toward performing instead. Now he's written and directed his first movie, Mid90s. 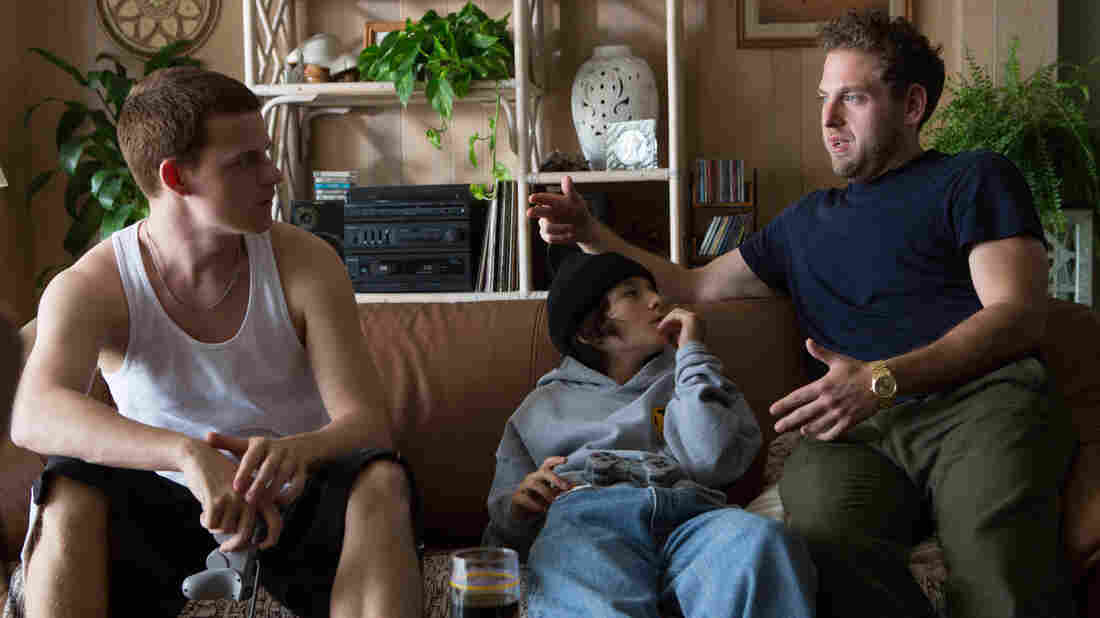 Director Jonah Hill (right) speaks with actors Lucas Hedges and Sunny Suljic on the set of Mid90s. Hill says the film was inspired in part by his own experiences as a teenage skateboarder. Tobin Yelland/A2 hide caption 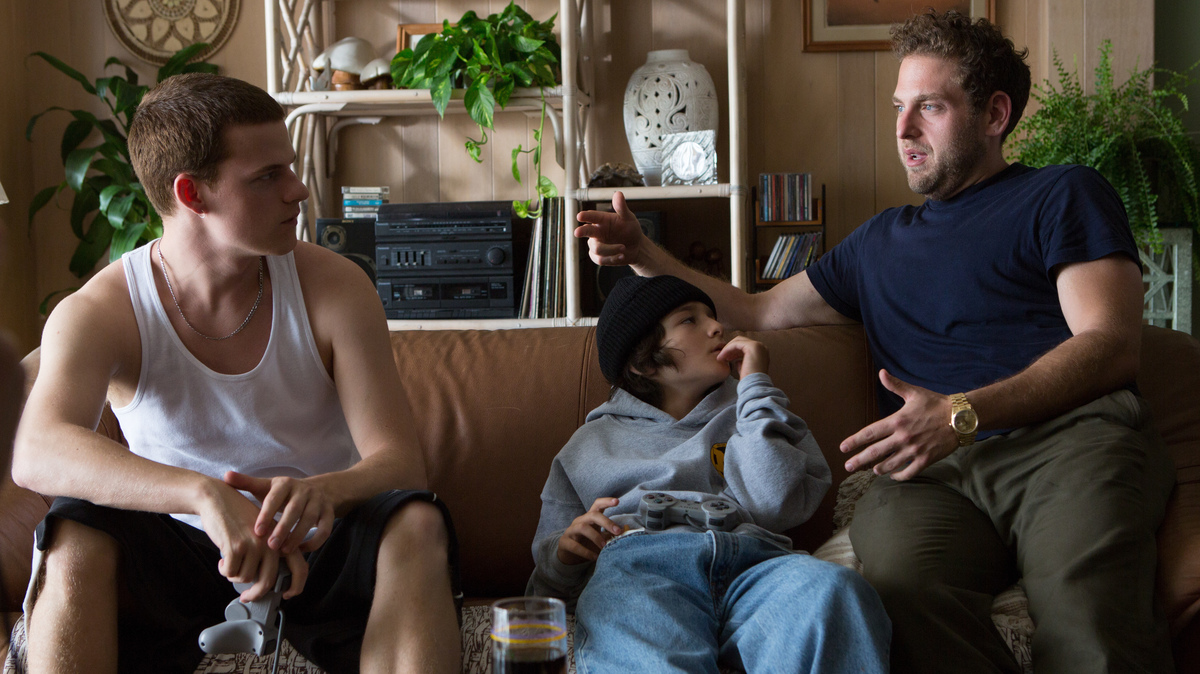 Director Jonah Hill (right) speaks with actors Lucas Hedges and Sunny Suljic on the set of Mid90s. Hill says the film was inspired in part by his own experiences as a teenage skateboarder.

Growing up, Jonah Hill always wanted to be a writer and director. But then he took an acting class and received such positive feedback that his career took an unexpected detour.

"You find the right compliment for the right insecure person and that could change your life," Hill says. "It derailed me for 16 years."

Hill's "amazing derailment" put him in front of the camera, where he went on to co-star in Superbad, Moneyball and The Wolf of Wall Street, among other films. But throughout it all, his desire to make films never subsided.

Now he's written and directed his first movie, Mid90s, which centers on a group of teenage skateboarders in '90s-era Los Angeles. The characters in the film display a mix of small-mindedness, prejudice and misogyny — as well as camaraderie and unexpected tenderness.

Hill says the film springs from his own experience as a teen skater: "[There's] just a general recklessness which I related to. ... Even though this isn't my story, I wanted to show someone going through deep pain and a real sense of hope through community."

Hill isn't sure how Mid90s will be received, but regardless, he feels lucky: "My goal my whole life was to be a writer and director. To say, 'This is a dream,' what's happening now, is like an understatement."

On taking a lot of risks with Mid90s

[I did] all the things they say you're not supposed to do: work with kids, work with first-time actors, take on a subculture that hates being talked about, mentioned or represented. ... So for me there's something about me that draws me to things that are difficult and maybe I'm uncomfortable with comfort and I think my acting career says that when I really dissect it, as well.

On portraying the way some kids spoke in the '90s, including using the word "gay" as a synonym for lame

In 'Mid90s' Jonah Hill Looks At Skater Culture Through A Lens, Blankly

That is something that a kid would have said to another kid. But how absurd and messed up is that? That that was the mentality or wasn't blinked at, when things like that were said back then. That was a choice I made, some of the language is really hard to watch for me, some of the actions are really hard to watch for me, but ultimately I felt it was more unfair to rewrite history than to show it as bluntly and as uncomfortable as it was.

On toxic masculinity and learning to express himself and show vulnerability

In my life, it's been a real joy being able to blossom and to feel free and comfortable in my own skin enough to express myself.

As I've grown up as a human being, and have had the emotional maturity and confidence to become a filmmaker, [I've reflected on] how I learned to communicate as a man and why that was problematic. ...

I was taught and maybe culturally we were taught at that time, if you're a man and you express your feelings or you express that something hurts you, then you should be made fun of. And that kind of repression leads to anger, and anger leads to bad behavior. And I think I wanted to show a film about young men with an inability to express themselves. And in my life, it's been a real joy being able to blossom and to feel free and comfortable in my own skin enough to express myself.

This young man is hoping the young woman is so inebriated that her judgment would be so poor that she would make a mistake by sleeping with him. And that is incredibly wrong. ...

Comedy has a really hard time in the aging process, because things that are funny at a moment or people might laugh at, as times change. ... For some reason it was OK to make a joke about [taking advantage of drunk teenage girls] at that point, whereas of course it's not. ...

I literally can only speak for myself as an actor in that moment. I didn't see how hard that is and how ugly that joke is. But I don't want to speak for the filmmakers, because this is such a larger, hard issue where a 13-year-old joke stands now. When I hear that, it's very disturbing. But I also know those people that wrote it, and they're really good people. So, it's just so complicated I never want to be hurtful to anybody, either side.

I guess the main lesson I learned was that it's OK not to judge your characters, to just show their behavior as people. And the characters in his films often do really ugly things and you still find humanity in them. I like how unabashedly and unapologetically he shows human behavior, for better or worse. ... Which is, I think, something that really speaks to me in art in general and something I'm going to strive to do if I'm lucky enough to get to make another film, and something that I tried to do in Mid90s.