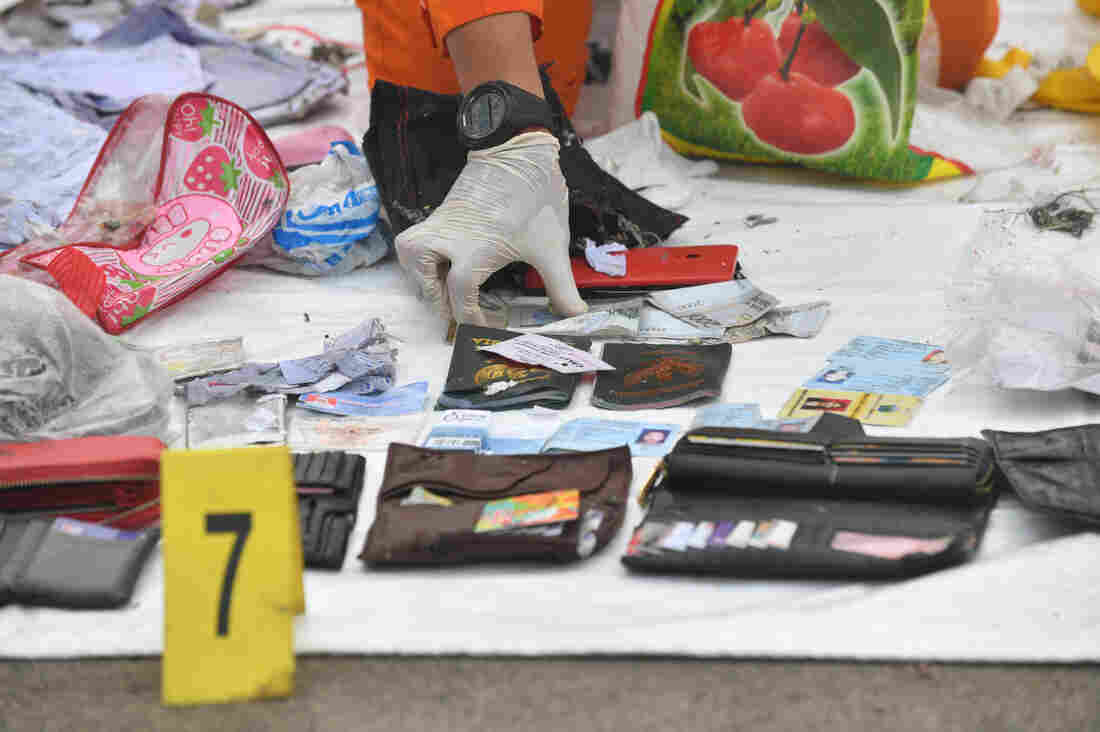 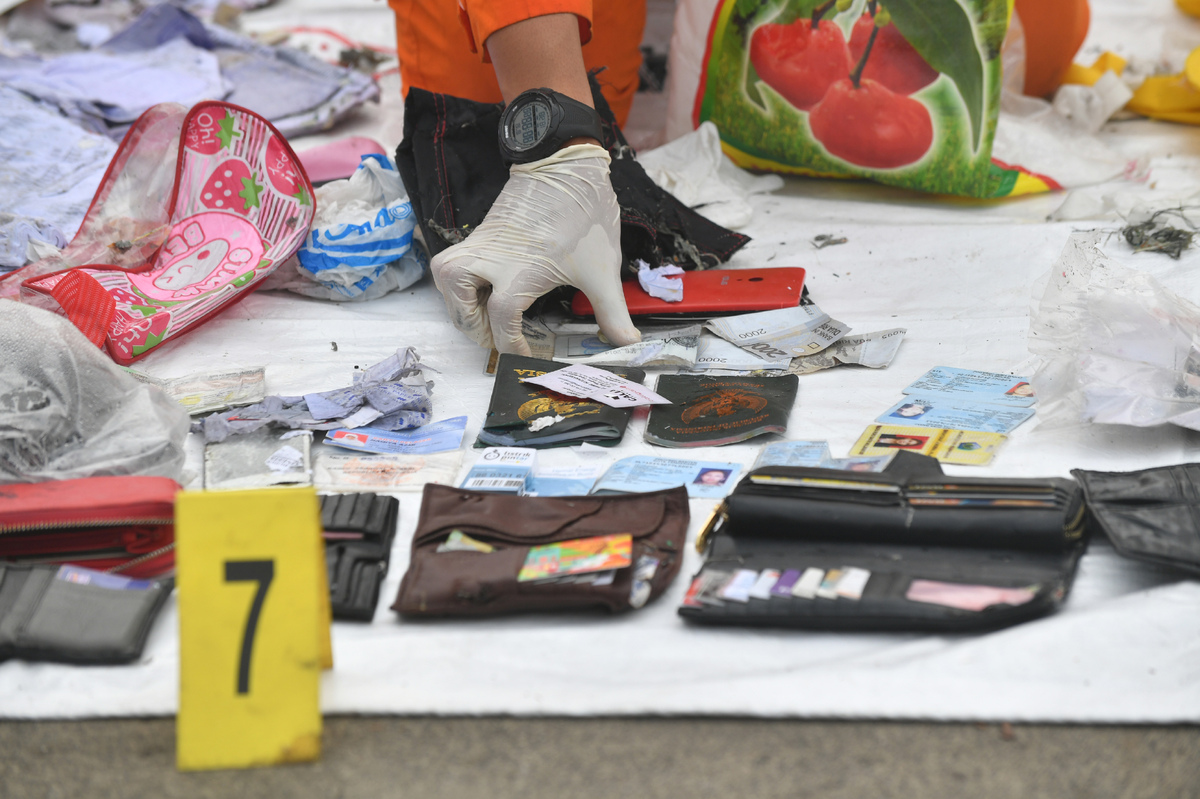 Indonesian search and rescue members place new evidence of personal items from the Lion Air flight JT610 at the Jakarta port on Tuesday.

The search continued Tuesday for bodies and the "black box" from an Indonesian airliner that crashed in the Java Sea with 189 people aboard.

Hundreds of search-and-rescue personnel worked into Tuesday to find victims from JT610, a Boeing 737 Max 8 operated by the low-cost airline Lion Air. Rescuers handed 24 body bags to police, the National Search and Rescue Agency says. Others sorted through recovered materials, including passports and wallets.

"DNA samples have been taken from 132 family members of passengers on board to help with identification," CNN reports. "The Jakarta police commissioner warned this could be difficult, and each body bag so far transferred could contain the remains of more than one person."

The search-and-rescue agency plans to continue their efforts into Wednesday and search via boat, air and divers for remains and wreckage. No official body count has been released.

Finding survivors "would be a miracle," Yusuf Latif, the spokesman of the National Search and Rescue Agency, said Monday afternoon.

"Hopefully this morning we can find the wreckage or fuselage," Soerjanto Tjahjono, the head of a national transport safety panel, told Reuters on Tuesday.

Determining the cause of the crash will have to wait until authorities uncover the 737's data recorder. Tjahjono told Reuters special technology has been deployed to find the device.

In Indonesia, Airliner Crashes With 189 Aboard

Data from the flight tracking website FlightRadar24 shows the jet flew irregularly the day before the crash, with abnormal drops in altitude and speed just a few minutes after takeoff.

"However, the pilots kept the plane at a maximum altitude of 28,000 feet compared with 36,000 feet on the same route earlier in the week," Reuters reports.

Edward Sirait, chief executive of Lion Air Group, told reporters on Monday there was a report of "a technical issue, which had been resolved according to procedure." He offered no further clarification.

Shortly after the plane's takeoff in Jakarta early Monday morning, its crew asked to return to the airport. The crew received the green light to turn around, but lost altitude and crashed into the sea less than 15 minutes into the flight. The plane was headed to the tin-mining town of Pangkal Pinang, about an hour from the capital.

Twenty officials from the country's finance ministry were aboard the flight.

Lion Air says the newly purchased Boeing 737 MAX 8 that crashed had only come into service in August. The airline's uneven safety record, including another crash at sea with no deaths in 2013, led the U.S. and the European Union to ban the airline from their airspace. Both lifted the restriction in 2016.

As NPR reported Monday, "The National Search And Rescue Agency says that when the plane went down, its emergency locator transmitter beacon did not emit a distress signal — despite the beacon being certified through August of 2019."