Accessibility links
Social Stigma Is One Reason The Opioid Crisis Is Hard To Confront The CDC estimated that 72,000 people died of drug overdoses in 2017. There are many reasons why the opioid crisis is so hard to confront. One of them is social stigma. 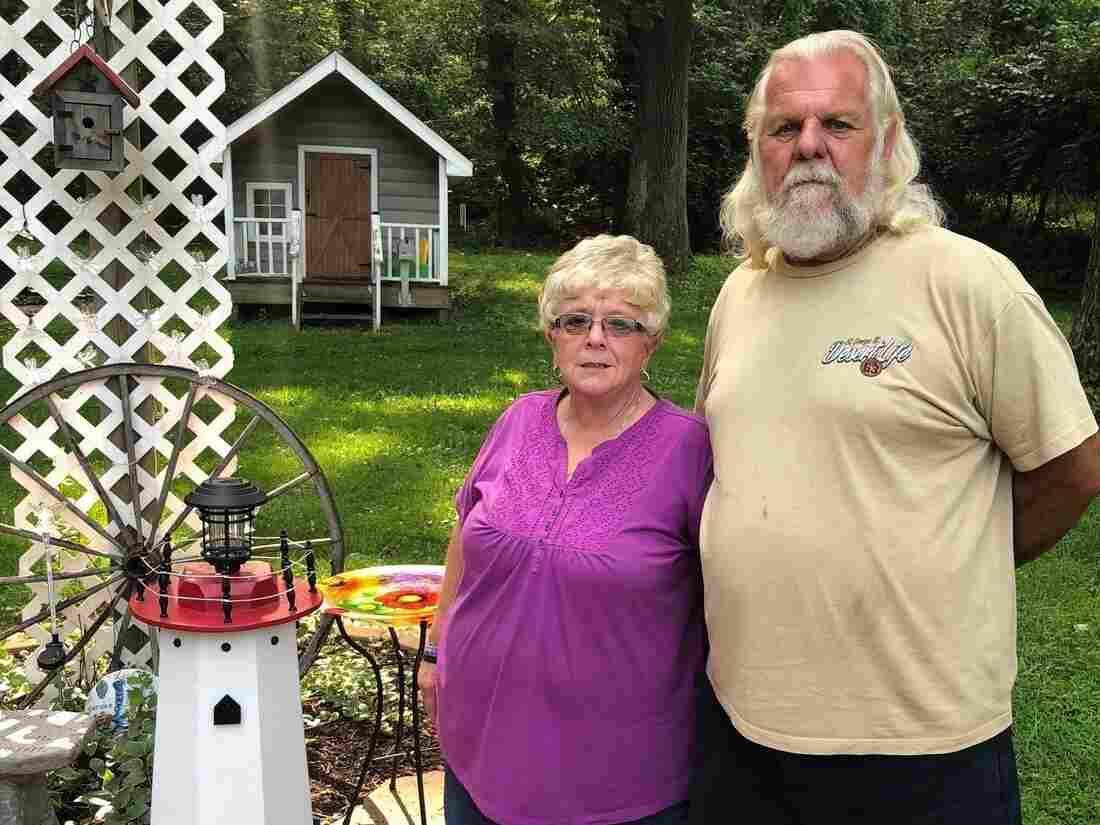 There are many reasons why the opioid crisis is so hard to confront. One of them is social stigma. It often extends beyond users themselves, to their families.

Hope and Pete Troxell live in Frederick, Maryland. Last year, their 34-year-old daughter Alicia died after overdosing on fentanyl – a synthetic form of heroin. She was seven months pregnant. Hope says before Alicia's death, they often felt the weight of judgment.

"So many people look at these [people] that are addicted to drugs, they call them every name in the book. They're junkies, they're thieves."

Pete Troxell says even some relatives have stayed away.

Researchers say one reason there is so much stigma around drug use is that many people view addiction as a moral weakness. Leo Beletsky, a public health researcher from Northeastern University, says stigma enters the political discourse "around personal responsibility versus coddling and enabling."

He says the argument over whether drug users should simply "just say no" distracts us from what needs to be the top priority: saving lives.

But the political discourse is just part of it. The language of addiction is also implicitly pejorative. Urine tests—and users--for example, are called clean or dirty depending on whether they test negative or positive for drugs.

After Alicia died, the Troxells put up a small memorial to their daughter in the backyard. Hope Troxell says few people have come by to visit.

"People just stay away. And I often think, well, do they think I have some kind of a disease? That's what it feels like."