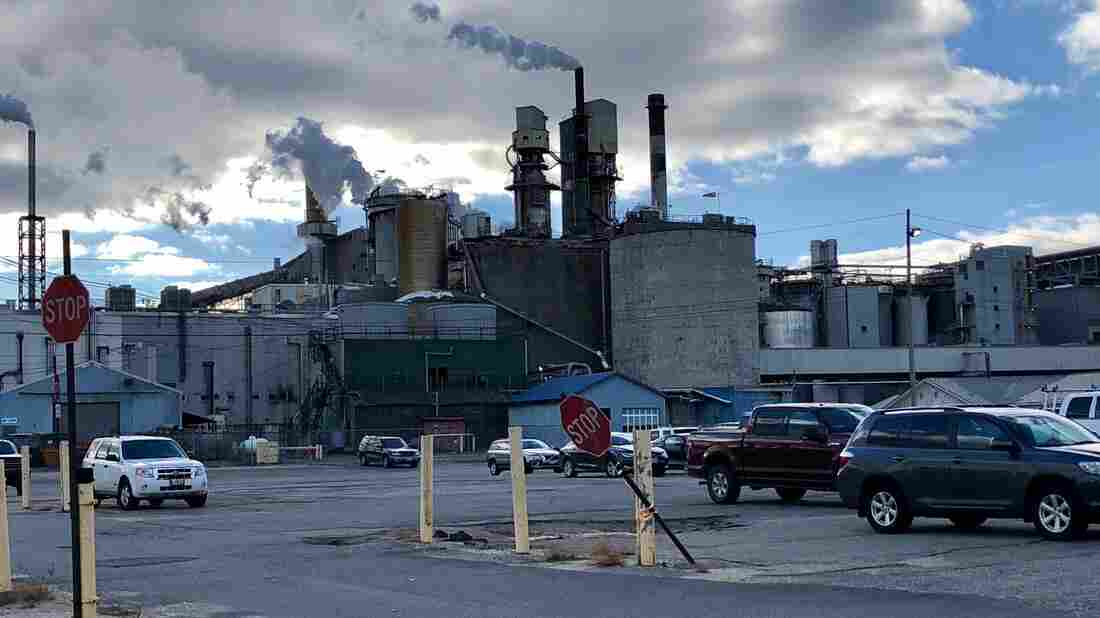 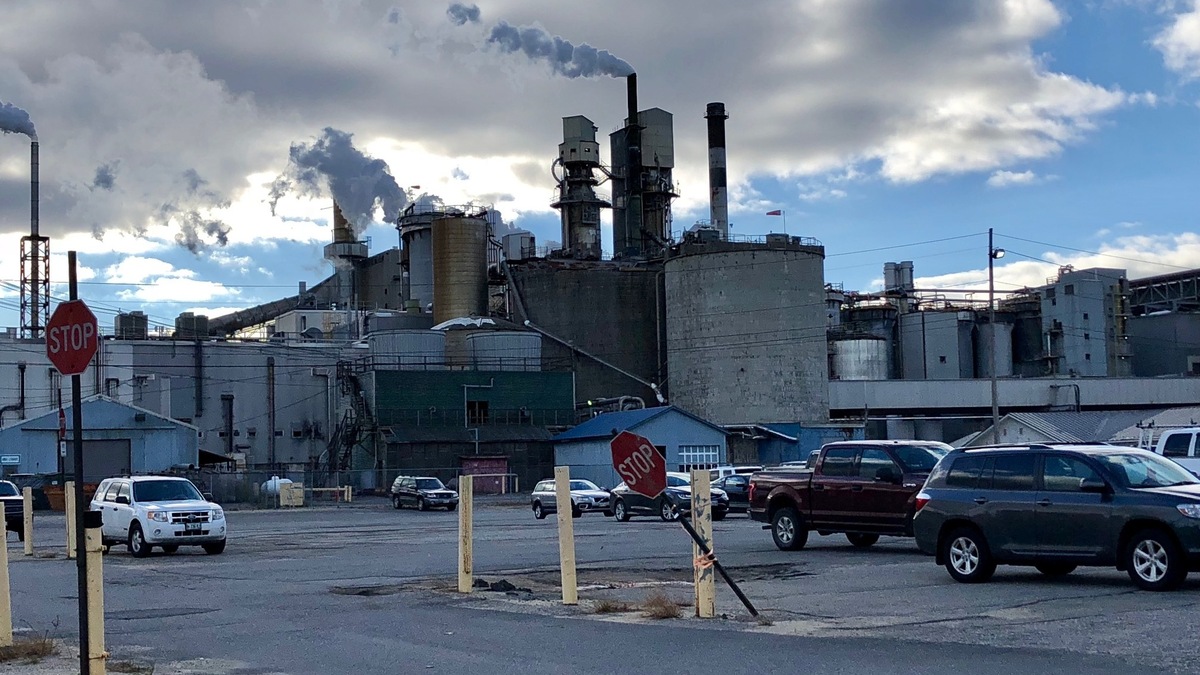 On a blustery fall afternoon in Jay, Maine, Jared Golden stands at the gate of the Verso Paper Mill shaking hands with workers at the end of their shift. The workers — mostly men, wearing steel-toe boots, some still in their safety goggles — greet him politely before rushing off to their waiting pickups.

Golden, 36, is a slender and soft-spoken state lawmaker. But his appearance is deceiving. Under his flannel shirtsleeves are some serious tattoos, acquired during his stint as a Marine infantryman with tours in Iraq and Afghanistan.

Golden is the Democratic candidate for Maine's 2nd Congressional District seat, a district President Trump won in 2016, but which is now seen as a toss-up — one of many that Democrats hope to flip on Election Day in their effort to win control of the House of Representatives.

It's not an impossible dream. The 2nd District was held by Democrats for 20 years before Republican Bruce Poliquin won it in 2014. And before Trump, it had been won by Democratic presidential candidates since Bill Clinton in 1992.

The 2nd District, geographically the largest congressional district east of the Mississippi River, stretches across a vast swath of the state, with deeply wooded forests and small fishing villages. Mostly rural, it's not just the Maine of lobsters and lighthouses, but more hardscrabble with shuttered mills and one of the worst opioid problems in the nation. 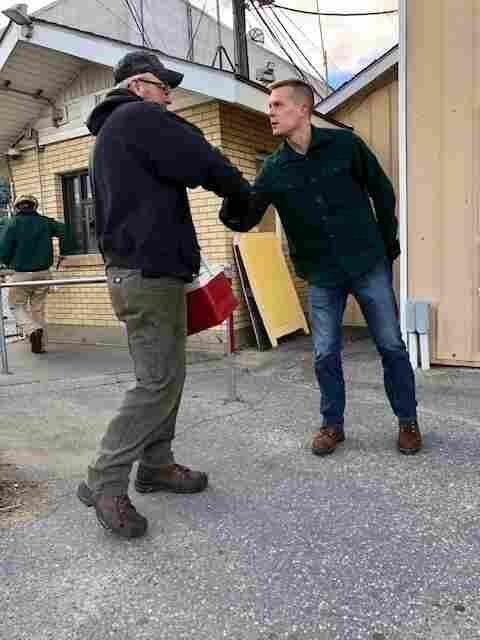 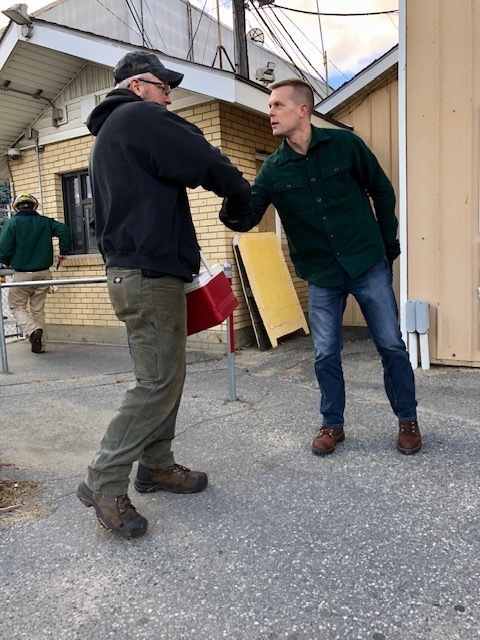 Democrat Jared Golden shakes hands with a worker outside the Verson Paper Mill in Jay, Maine.

In an interview at a nearby hospital where he met with administrators, Golden, like Democrats across the nation, calls health care his "No. 1 issue." He cites Poliquin's 2017 vote to repeal the Affordable Care Act. He says the GOP's proposed replacement contained "very deep cuts to Medicaid," a program that Maine voted to expand (although those expansion efforts have been blocked by the state's outgoing GOP Gov. Paul LePage.)

Golden wants to extend Medicare coverage to people age 55 and believes there should eventually be universal coverage. "I think that there's a lot of people in a state like Maine or an older state or older workforce, who are 60, 62. Ready to retire, physically worn down, but they're waiting for Medicare to do it. And I also think there are people who might continue to work but take their premiums that they pay to a for-profit insurer and instead buy into Medicare."

That position has been attacked by Poliquin, the GOP incumbent, in TV ads like this one from the National Republican Campaign Committee:

NPR repeatedly reached out to Poliquin's campaign for an interview but got no response.

The 64-year-old is running for his third term, as the only remaining Republican in the House from New England. In a debate earlier this month, he cited his votes to lower taxes and cut regulations, while accusing Golden of being in the pocket of Democratic leader Nancy Pelosi and others.

"There's millions and millions of dollars pouring into this race from Nancy Pelosi, the extreme radical from San Francisco, or Maxine Waters. All this dark money," Poliquin said. "And here's the reason: Jared Golden votes in line with Nancy Pelosi. She must have looked at his voting record and said this is exactly the sort of person we want down in Washington."

Golden has repeatedly asserted he will not vote for Pelosi for speaker, saying it's time for "a new generation of leaders."

In that same debate, Poliquin, whom Trump endorsed for re-election in a tweet, refused to state whether he voted for Trump in 2016. "That's my business," Poliquin said. "I work with everybody, Republicans and Democrats, as a business professional, but I do not tell anybody who I vote for."

.@BrucePoliquin from Maine is a great Congressman. He is in a tough fight against a very liberal Nancy Pelosi Democrat. Bruce has helped bring JOBS back to his State and totally protects your Great Second Amendment. We need to keep Bruce in Washington. He has my Full Endorsement!

Should Golden win, and Democrats take control of the House, Golden says he does not view his role "as resistance," but opens the door to working with the president. 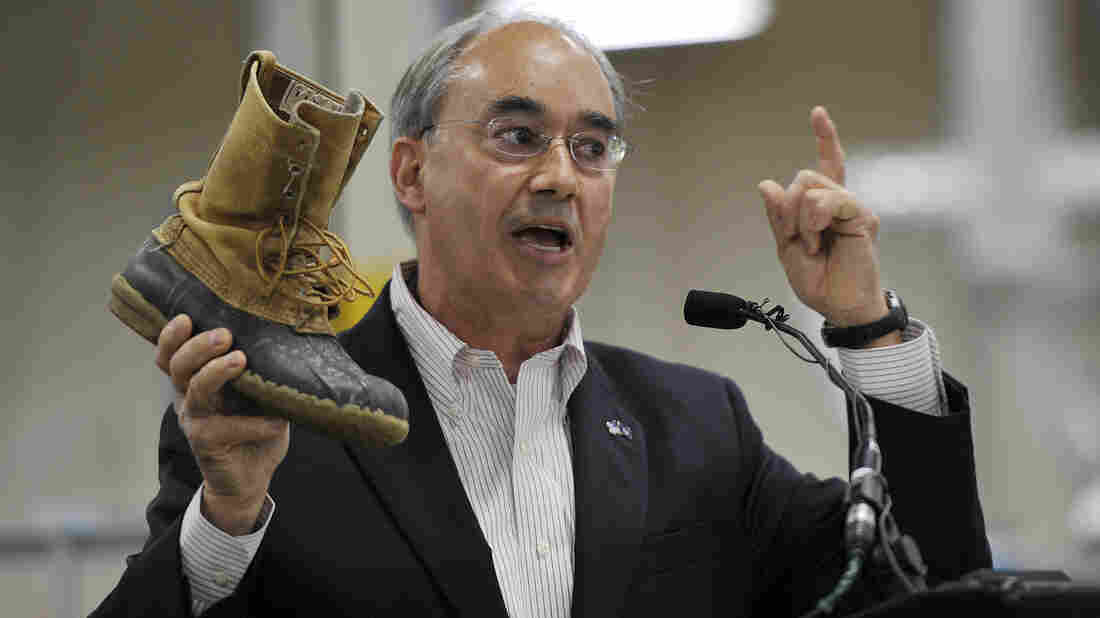 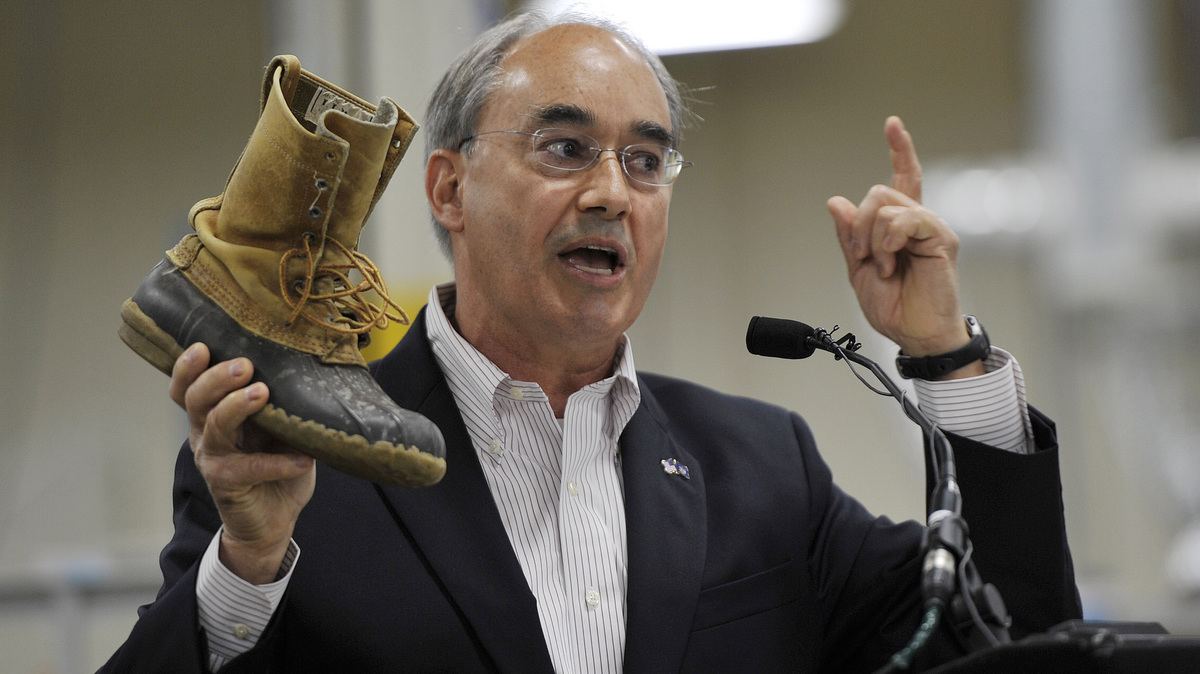 Rep. Bruce Poliquin shows off his 30-year-old L.L. Bean boots during a ceremony at the new production plant in Lewiston, Maine, in August 2017.

According to the Center for Responsive Politics, the two major candidates and the parties and political action committees supporting them have dropped more than $8 million into the district. Two independents in the race are not expected to be a factor, but could be because of a wild card.

Maine now has ranked-choice voting in federal elections. University of Maine political science professor Mark Brewer explains "if you were to go and get your ballot today and vote, you'd be given the option to rank those four candidates, one through four. One being your top choice and four being your last choice."

If no candidate receives a majority, the last-place finisher is eliminated.
Brewer says that if those who voted for that last-place candidate made a second choice, then "those votes are then allocated to their second-choice candidate."

No one knows for certain how this will play out, which Brewer says is "fascinating to watch." And Poliquin has refused to say whether he will honor the results if he should lose.