Accessibility links
Fierce And Mysterious, 'The Naked Woman' Walks In Dark Dreams The Uruguayan writer Armonía Somers was part of a generation of talented artists — but she stood out, so wild, surreal and uncompromising that she scared critics and other authors alike. 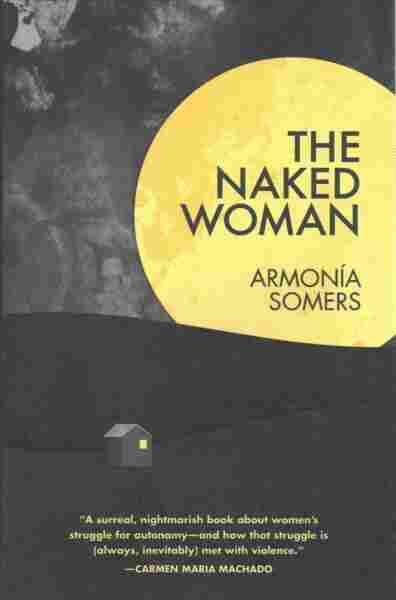 The 1940s were a good decade for the arts in Uruguay. The writers Carlos Quijano and Juan Carlos Onetti founded the influential leftist weekly Marcha in 1939. Joaquín Torres García, Uruguay's leading modern artist, opened a studio in the capital, Montevideo, to train the next generation of painters. A community of writers, artists, and critics was taking shape there, and by 1945, that community had become a full-on cultural boom.

The artists and writers of that boom are called the Generación Crítica, or the Generación del 45, and include some of the most exceptional minds in Uruguayan history, many of whom remain famous today. For the most part, they were realists, leftists, innovative and independent thinkers. None, however, were nearly as innovative as the fantastical, experimental near-Surrealist writer Armonía Somers, who belongs to the Generación del 45 by age only. As far as Somers was concerned, she and her work belonged to no one but herself.

Somers' first novel, The Naked Woman, translated by Kit Maude, is a wild, brutal paean to freedom. It's a challenging book, one that took nearly 70 years to make its way into English. Somers — a pen name, she was born Armonía Etchepare — opens casually enough. "As much as she'd been hoping otherwise, Rebeca Linke's thirtieth birthday began with exactly what she had expected: nothing." That line could lead anywhere. The next scene could be a party, a bad family dinner, a marital fight. But in The Naked Woman, Rebeca heads to a remote cottage, strips naked, and cuts off her own head. Then she "[shoves] it back on like a helmet" and ventures, still naked, into the woods.

What comes next is like a written Dalí painting. Rebeca becomes female power incarnate, prowling the town near her cottage, where she sows absolute chaos. Men are up in arms, hunting her. The local priest nearly disavows God. Rebeca evades the townspeople for a long time, though she visits several of the men in secret. The first is a woodcutter named Antonio, who proves a disappointment: He's too frightened to have sex with her. Rebeca gives up on him quickly, and after she departs, Antonio violently rapes his wife.

The Naked Woman is full of sexual assaults, many wrenching to read. Rebeca is never the victim, and yet every assault is a direct result of her presence in the town. She activates a level of desire — "full-blooded desire," she would call it — that men find unbearably challenging. Because she eludes their grasp and therefore their punishment, the men take out their rage and insecurity on their wives instead.

Somers' feminism is profound, and complicated. Though she does not shy away from brutality, the assaults she writes are not gratuitous. The Naked Woman is a novel about liberation, with a protagonist committed wholly to freedom. That freedom, though, comes at an enormous price. Rebeca has to behead herself to achieve it, and the women around her suffer because of it.

Not all of the novel is this challenging. Somers' language is freewheeling and fantastical, and so are her scenes. Rebeca appears as Eve, as the Holy Ghost, as seductress and Earth goddess and sprite. She communes, beautifully and platonically, with a horse. She inspires some truly blasphemous, and truly hilarious, behavior in the village church. It's not hard to understand why Somers didn't want to be considered a member of the Generación del 45, and it's not hard to see why: No one on Earth could keep up with her.

Somers' feminism is profound, and complicated. Though she does not shy away from brutality, the assaults she writes are not gratuitous.

And not everyone wanted to. In her afterword, critic Elena Chavez Goycochea writes that Somers' stylistic choices were so radical that she "was often called a 'parricide' by critics, implying that by not following in her literary forefathers' footsteps, she had in fact 'killed' them." Ángel Rama, the king of Uruguayan criticism, wrote in Marcha (the translations here are mine) that Somers' books were "strange, foreign, disconcerting ... the most unusual narratives in our literary history." They were fuera de serie, "out of order, with no visible link to our culture's other creations." Rama admired and advocated for Somers, but he considered her work separate. It belonged in the woods, on its own.

Yet Somers has always found an audience. By 1970, she had left her career in education to write full-time, effectively transforming herself from Armonía Etchepare to Armonía Somers. She died in 1994, but like Rebeca Linke, her work has lived on: still fierce, still mysterious, and still challenging. English-language readers should take The Naked Woman as a double challenge. Try to keep up with Somers' wild, naked protagonist, and then ask yourself: How many books this strange am I missing? Why has Somers never been translated before? There's a world of strange, foreign, disconcerting novels out there. Let's hope we get to read more.