Accessibility links
Trump Continues Rhetoric On Immigration Ahead Of Election President Trump held a campaign rally in Florida on Wednesday — the first of 11 he is planning in the next six days. His immigration message may help GOP Senate candidates but hurt in House races.

Trump Continues Rhetoric On Immigration Ahead Of Election

Trump Continues Rhetoric On Immigration Ahead Of Election 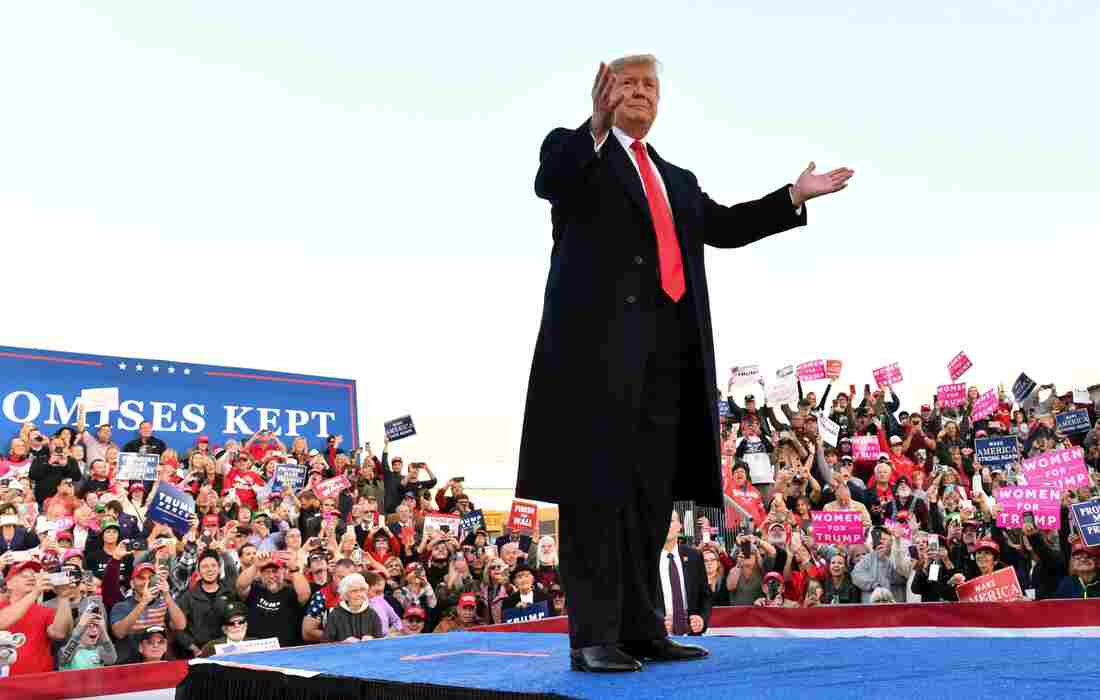 President Trump arrives to speak at an election rally in Murphysboro, Ill., on Oct. 27. He is doing a slew of events leading up to Election Day. Nicholas Kamm/AFP/Getty Images hide caption 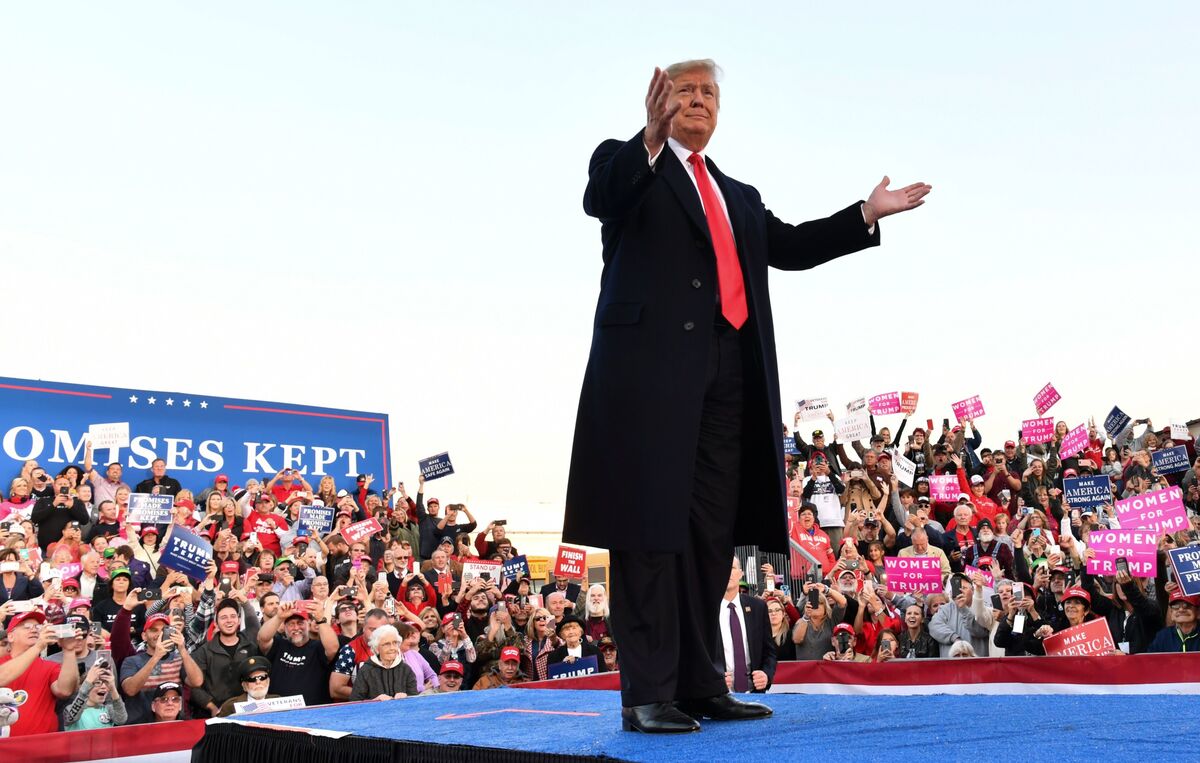 President Trump arrives to speak at an election rally in Murphysboro, Ill., on Oct. 27. He is doing a slew of events leading up to Election Day.

President Trump is back in campaign mode and immigration is a key talking point for him, even as his recent comments have exposed divisions within the Republican Party.

After a brief pause to pay respects to victims of the Pittsburgh synagogue shooting, Trump hosted a political rally in Fort Myers, Fla., on Wednesday. It's one of 11 campaign rallies the president will hold in the next six days, in a furious final sprint to next week's midterm elections.

With GOP congressional majorities on the line, Trump is investing considerable time and attention to campaigning this fall, with 30 political rallies on his calendar between Labor Day and Election Day.

"This isn't bragging. There has never been anything like what's happening," Trump told Fox News' Laura Ingraham this week, alleging to have tens of thousands attending his rallies. (One of his bigger rallies, in Texas on Oct. 22, was held in an arena for 18,000.)

People familiar with Trump's thinking say he has given similar weight to helping Republican House candidates as he has to Senate candidates. But his rhetoric and rallies this final week appear tailored primarily to red states where control of the Senate will be decided, even at the cost of the most competitive House districts.

In Florida, Trump renewed his attack on what he called the "left-wing media," suggesting the news business bears responsibility for the deeply divided political climate.

"They're pushing people apart," Trump told supporters. "When we talk about division, this is a big part of the division, right there."

The president accused news outlets of exaggerating the protests that greeted his visit to Pittsburgh, where Trump responded to the anti-Semitic synagogue killings.

"We have forcefully condemned hatred, bigotry, racism and prejudice in all of its ugly forms," Trump said. "But the media doesn't want you to hear." 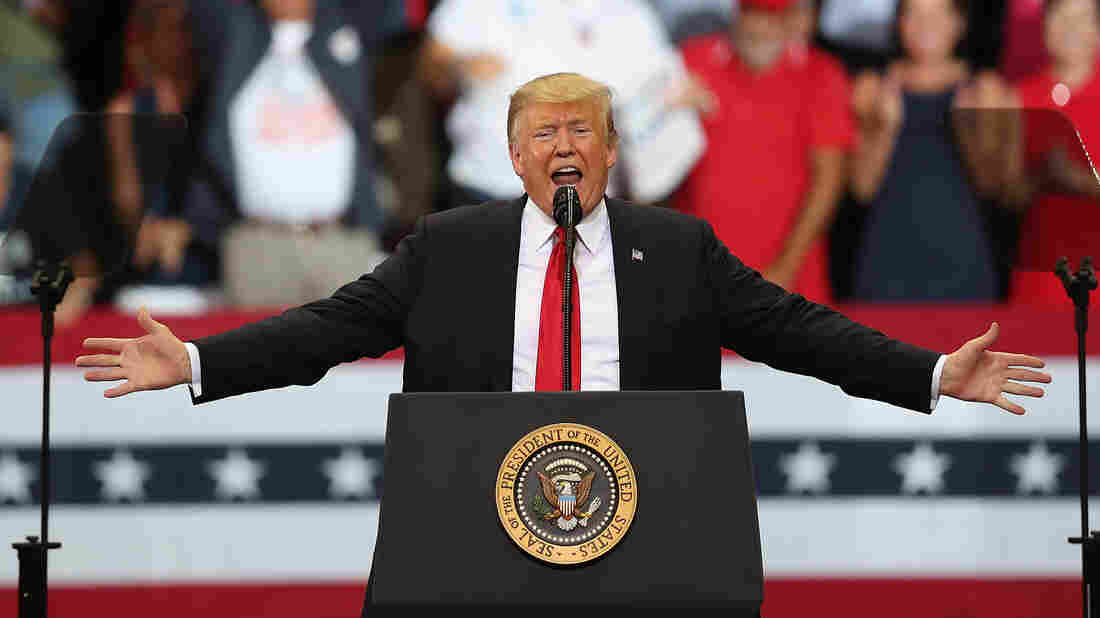 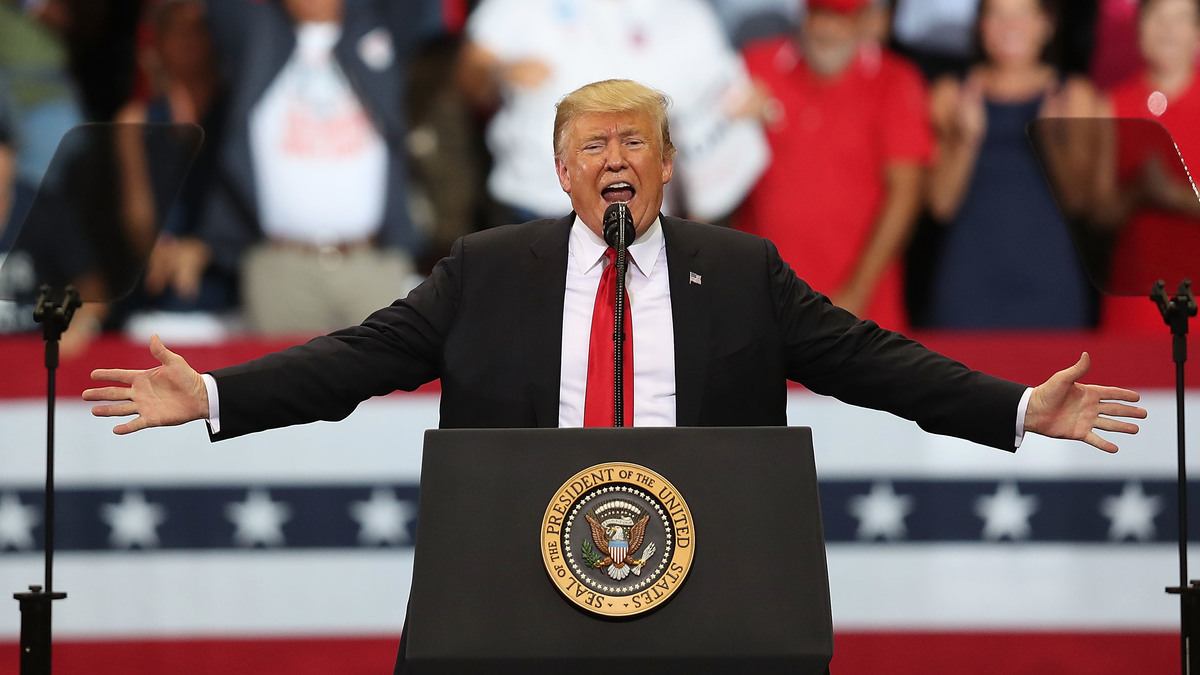 President Trump speaks during a campaign rally to help Republican candidates on Wednesday in Estero, Fla.

The president has been highlighting illegal immigration and other hot-button social issues, focusing attention on Central American migrants slowly approaching the U.S. border through Mexico. This week, the Defense Department mobilized 5,200 troops to "harden" ports of entry and support Border Patrol agents.

"Many more troops coming," Trump tweeted Wednesday. "We will NOT let these Caravans, which are also made up of some very bad thugs and gang members, into the U.S."

Our military is being mobilized at the Southern Border. Many more troops coming. We will NOT let these Caravans, which are also made up of some very bad thugs and gang members, into the U.S. Our Border is sacred, must come in legally. TURN AROUND!

Trump denied that he is deliberately sowing fear for political purposes and suggested he might send thousands of additional troops.

"I'm not fearmongering at all. This is a very important subject," Trump said. "We'll go up to anywhere between [10,000] and 15,000 military personnel on top of Border Patrol, ICE and everybody else at the border. Nobody is coming in," he said.

Trump Says He'll Send As Many As 15,000 Troops To The Southern Border

The military personnel will serve support roles, as the U.S. military is prohibited from performing law enforcement activities.

Trump also reiterated his support for ending "birthright citizenship," which grants citizenship to any child born on U.S. soil — including those born to immigrant parents living in the country illegally.

"So-called Birthright Citizenship, which costs our Country billions of dollars and is very unfair to our citizens, will be ended one way or the other," Trump tweeted, amplifying comments he had made to the website Axios.

For more than a century, birthright citizenship has been guaranteed by the 14th Amendment to the Constitution. While Trump and some of his allies argue the amendment has been misinterpreted, most legal scholars disagree.

The issue is catnip for anti-immigrant activists in the GOP base. But it's a potential turnoff for many suburban voters, who may decide control of the House.

We all know challenges of suburban R’s. The bloc of competitive R held districts less impacted by POTUS thus far are those w high # of immigrants. So now POTUS, out of nowhere, brings birthright citizenship up. Besides being basic tenet of America, it’s political malpractice.

House Speaker Paul Ryan, R-Wis., also disputed Trump's claim that the amendment could be altered through an executive order.

"As a conservative, I'm a believer in following the plain text of the Constitution," Ryan told WVLK radio in Lexington, Ky., on Tuesday. "I think in this case the 14th Amendment is pretty clear."

"Paul Ryan should be focusing on holding the Majority rather than giving his opinions on Birthright Citizenship, something he knows nothing about!" the president tweeted. "Our new Republican Majority will work on this, Closing the Immigration Loopholes and Securing our Border! "

Trump later told reporters he doesn't try to tailor his message to different parts of the country.

"I don't view suburban districts or any other districts. I view the country," Trump said. "Our country has to be safe."

Both Ryan and Costello are leaving Congress at the end of this term.

Immigration is a more nuanced issue in red-state Senate contests, where Democrats as well as Republicans tout their law-and-order credentials.

In Missouri, where Trump will campaign on Thursday and again next Monday, Democratic Sen. Claire McCaskill is running ads highlighting her endorsement by the National Border Patrol Council. She and her GOP opponent, Josh Hawley, agreed that Trump can't alter birthright citizenship through an executive order.

Sen. Joe Donnelly, D-Ind., who is in a tough re-election contest against Republican Mike Braun, stressed his repeated votes in favor of a border wall. Donnelly also said he would be open to considering legislative changes to birthright citizenship.

Republicans in Florida worry that Trump's focus on immigration could alienate Latinos, who represent 16 percent of that swing state's registered voters.

GOP Reps. Carlos Curbelo and Mario Diaz-Balart, who represent the Miami area, both defended birthright citizenship on Tuesday. Trump's rally on Wednesday is not near their South Florida districts.

Republican Gov. Rick Scott, who is challenging Sen. Bill Nelson, D-Fla., told the Miami Herald he hasn't seen the president's proposal and would need to fully review it.