Accessibility links
Mexico City Goes Days Without Water During Maintenance Shutdown It's hard to find a bucket, pail or plastic receptacle in the city of millions that isn't full of water. Residents stored water in whatever they could find in preparation for the pipes going dry. 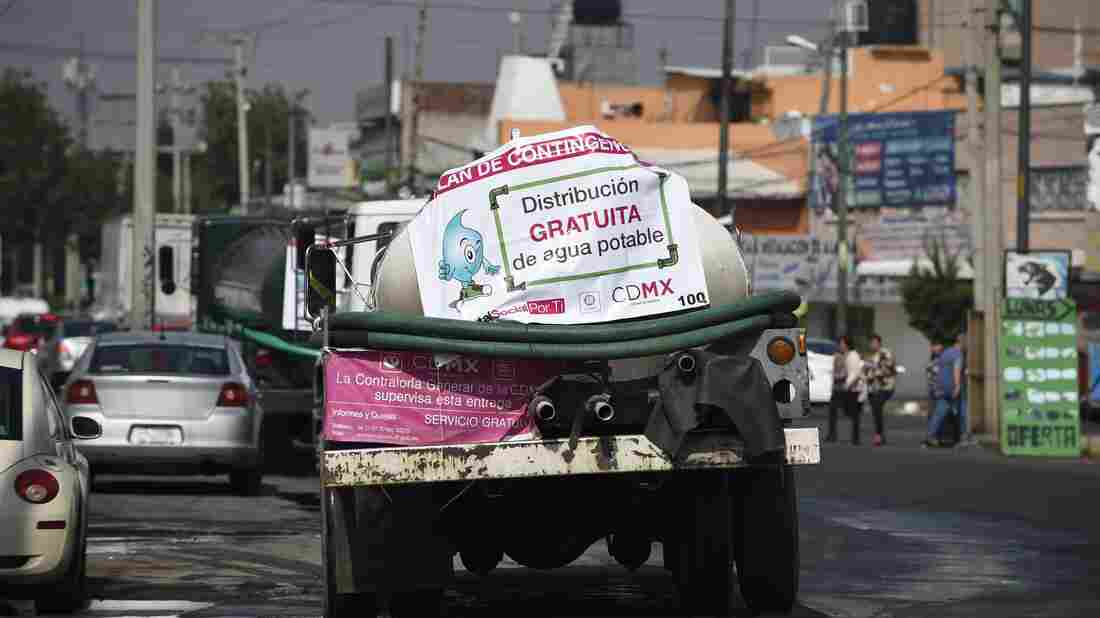 A tank truck distributes free water to homes and other nonprofit locations while service is cut off for maintenance in Mexico City. Alfredo Estrella/AFP/Getty Images hide caption 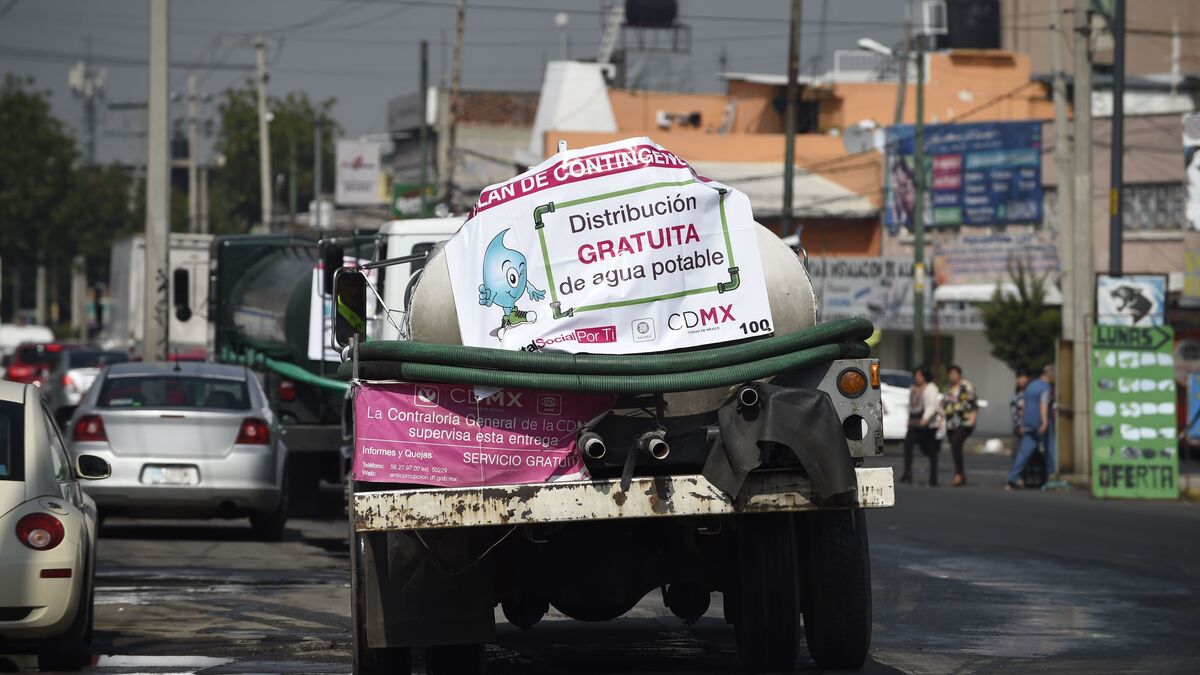 A tank truck distributes free water to homes and other nonprofit locations while service is cut off for maintenance in Mexico City.

It's hard to find a bucket, pail or plastic receptacle in this city of millions that isn't full of water. That's no exaggeration. Sales of buckets and plastic containers have been sky high as residents prepare for the Great Water Cut-off, or Megacorte that's hit Mexico City.

For days, Mexico City's residents, and many in the outlying suburbs have been storing the water in whatever they can find, in preparation for the pipes going dry.

Water was officially cut to the city early Wednesday morning, and won't be turned back on for 72 hours, according to Miguel Ricaño Escobar, a director in Mexico City's Water Department.

The system is highly inefficient and in dire need of repairs. As much as 40 percent of the water coming into Mexico City is lost to leaks.

The water shut-off will hit as many as half of the city's 8 million-plus residents.

Many schools were closed beginning Wednesday and again on Thursday to ease water use. Schools are closed on Friday for the Day of Dead holiday.

Mexico City's downtown historical center is one of several neighborhoods that will go completely dry. Alejandra García , general manager of the Hotel Marlow, just a block from the art deco Fine Arts Museum, says all 105 rooms are booked solid through the holiday weekend. The hotel has had to order up expensive water trucks, filled with more than 5,000 gallons, to come twice a day.

"We had advance warning and were able to contract water trucks. Luckily, our guests, at least, won't have to suffer without water," she says. She adds that the hotel can't pass that cost on to its guests.

The water trucks, known as pipas, or pipes, are going for premium prices. Costs range greatly depending on the quantity and quality of water. Some businesses, especially those dependent on water, like beauty salons and restaurants, chose to just shut down for the long holiday weekend.

Authorities say they will make sure vital facilities, like hospitals, prisons and day care centers have enough water through trucked-in deliveries. They're also sending hundreds of the water trucks and large plastic tanks to dozens of neighborhoods hit hardest by the water shutdown. 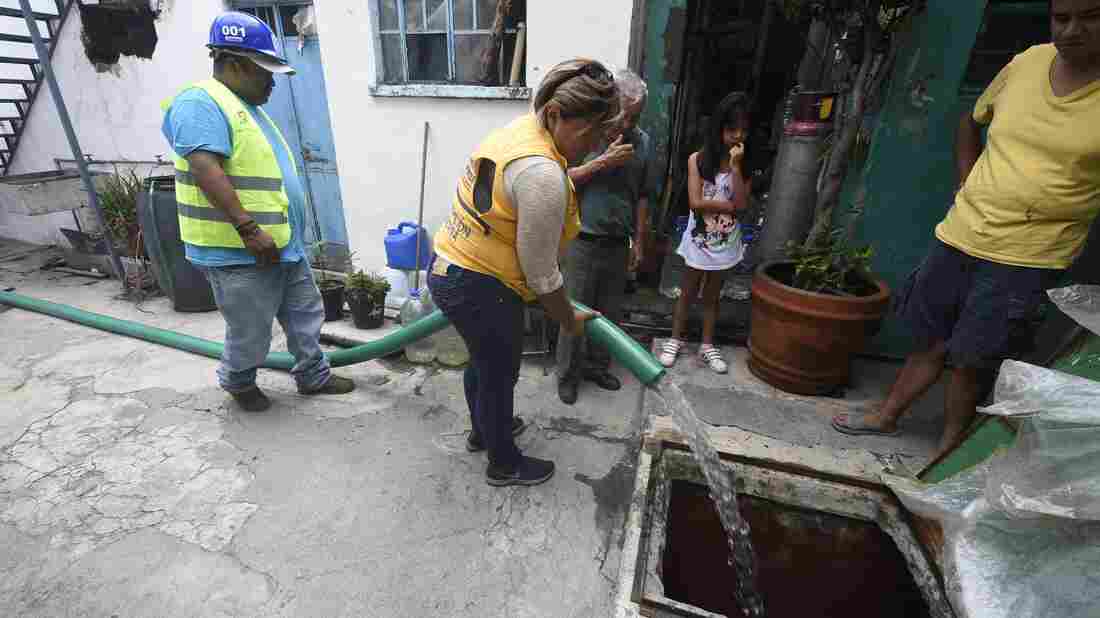 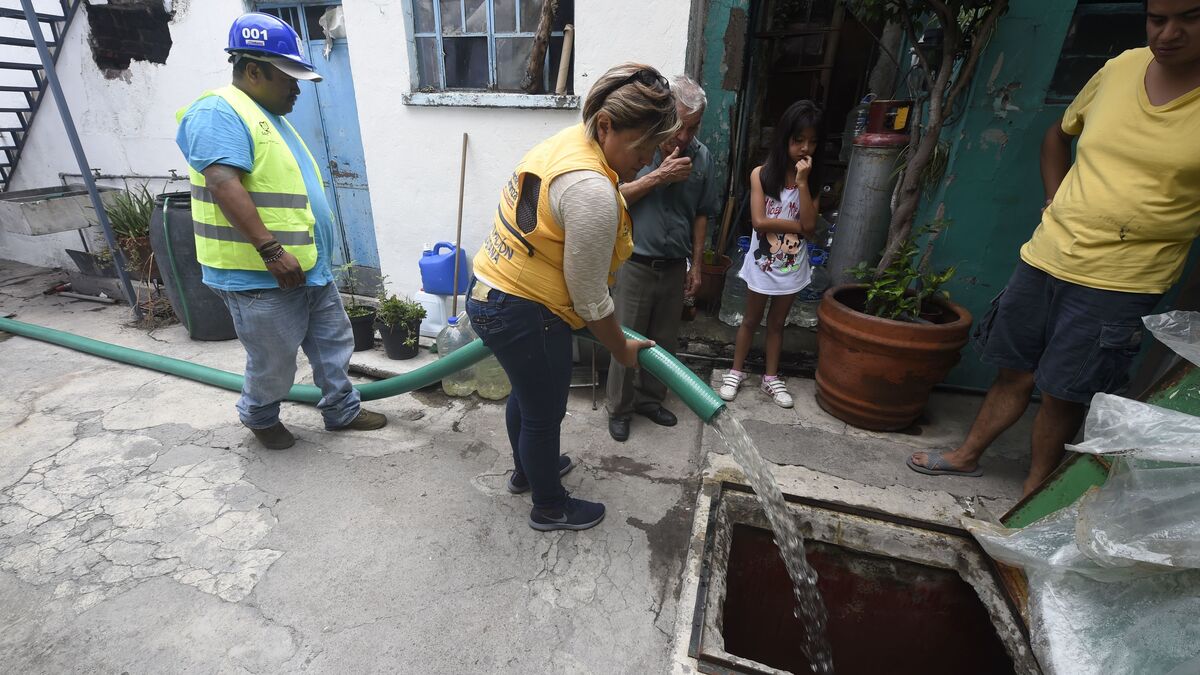 Employees of Mexico City's water system fill a home tank with drinking water from a truck.

Ramón Aguirre, head of Mexico City's Water Department says he hopes repairs will be completed by Saturday morning. In an interview on Radio Formula, Wednesday, Aguirre says the water should start flowing into the system by then, but he warns that doesn't mean everyone will get it right away.

"Even when the water is back in the system and heading into the city as normal, delivery isn't immediate. You have to establish service throughout the network and that will take various days to happen," says Aguirre.

He says by Monday, or Tuesday of next week at the latest, people should have full water deliveries again. "Everyone has to do their part meanwhile," adds Aguirre.

Residents have been urged to take sponge baths, use antibacterial gel to wash their hands and not do laundry until Monday.

And in keeping with Mexican's biting humor, even in the most adverse situations, social media is flowing with jokes and humorous memes. There's plenty of digs on those who haven't bathed for days, fake dating ads about young men looking for women with water, and a video making the rounds, of a trick-or-treater coming to someone's door with a big bucket. Instead of candies, the kid dressed as a skeleton, gets a pitcher full of water!