Accessibility links
Review: War Is Hell On The Psyche In 'A Private War' To play the Sunday Times war reporter Marie Colvin, Rosamund Pike "transform[s] herself into a singular figure, one who goes places few people would and see[s] things that even fewer could handle."

'A Private War': Combat Takes Its Merciless Toll On A Tireless War Correspondent

'A Private War': Combat Takes Its Merciless Toll On A Tireless War Correspondent 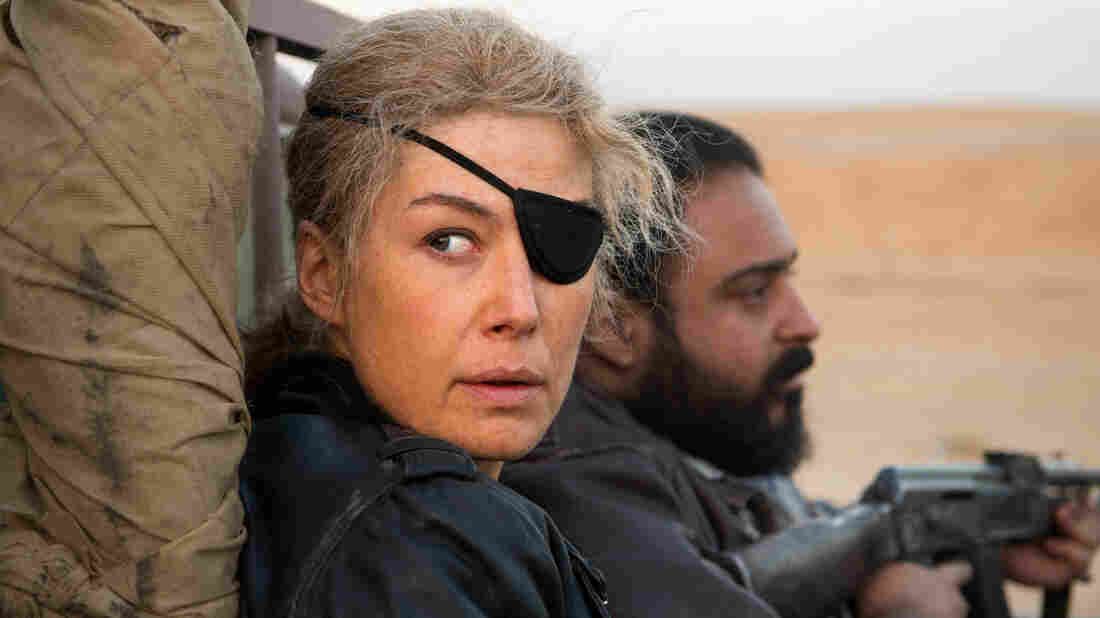 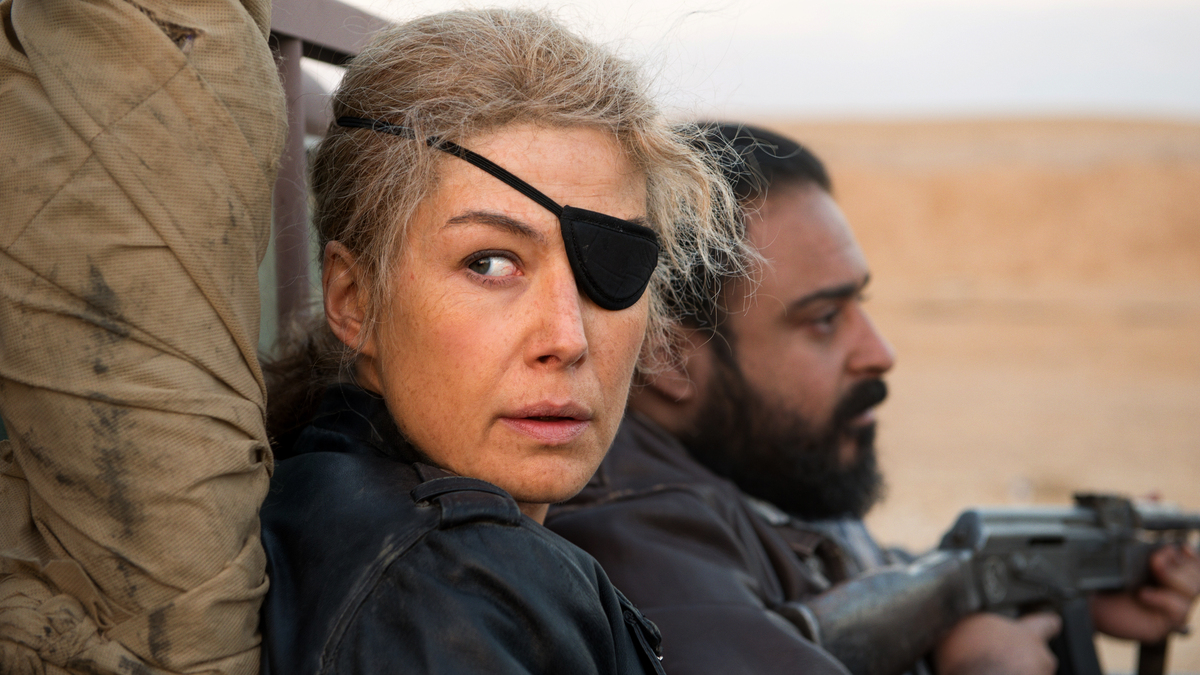 As the maker of danger-zone documentaries Cartel Land and City of Ghosts, Matthew Heineman has a natural affinity for Marie Colvin, the real-life heroine of his A Private War. But the most significant thing Heineman and the late Colvin share is not fearlessness. It's their passion for confronting comfortable Americans and Europeans with global outrages they'd rather not acknowledge.

The movie begins and ends amid one of them: the Syrian civil war. An overhead shot contemplates the site where in 2012 Colvin and a French journalist were killed, and photographer Paul Conroy was seriously injured. The disembodied voice of the actual Colvin explains, "fear comes later, when it's all over."

It is all over, but then the story rewinds 11 years to London, where the New York-bred Colvin (Rosamund Pike) works for the Sunday Times. Her principal contacts are her anxious editor (Tom Hollander) and two fictionalized romantic partners (Greg Wise and Stanley Tucci). All are in awe of her, and none can keep her from regularly going off to wars.

There's Sri Lanka, where Colvin receives the injury that causes her to wear an eyepatch. Iraq, where she heads to a mass grave with Conroy (a low-key Jamie Dornan), who becomes her disciple and helpmate. Afghanistan, where she wanders yet again through a thicket of mangled civilian bodies. And Libya, where she asks a smitten Muammar Gaddafi pointed questions that only a reporter in a movie could possibly get away with — but which the real Colvin apparently did.

(Just in case you think Colvin was a slacker, she also reported from Lebanon, Kosovo, Chechnya, Egypt, the West Bank, and East Timor, but those assignments aren't in the film.)

Arash Amel's script, based on Marie Brenner's posthumous Vanity Fair profile, includes a few clunkers, notably Colvin's claim that her reports are "the rough draft of history." (Such recycled platitudes should be left to the likes of The Post.) But Amel maintains an effective balance between explicating the business of journalism, simulating the horrors of armed conflict, and conveying the effect both are having on Colvin's body and soul.

Outfitted with eyepatch, yellow teeth, frizzy red hair, and throaty American accent, Pike isn't quite unrecognizable. But she does transform herself into a singular figure, one who goes places few people would and see things that even fewer could handle. And is compelled to do so, no matter how excruciating the brutality.

Pike has always been a versatile performer, even early in her career when she portrayed primarily affluent British women. Recently she's played extreme roles in such diverse films as Gone Girl, Hostiles, and 7 Days in Entebbe. Her Colvin is even more interesting, because she's as complex as she is intense. The reporter's actions are not plot-driven, and her emotional contradictions are unresolvable. She would surely live with them as long as she lived, whether her death was violent or peaceful.

Switching from documentary to a docudrama full of action scenes, Heineman doesn't do anything that's technically or stylistically unprecedented. But his own experience gives him a feel for real-world tumult, and for the challenge of maintaining focus amid the chaos. The movie's front-lines scenes are immersive without devolving into sheer brainless sensation. Colvin didn't love battle, and neither does A Private War.

Heineman may have been drawn to this project because of the centrality of Syria, also the setting of his City of Ghosts. The film he's made, however, is bigger than any one story — even Colvin's own.