A Guide To Netflix's Orson Welles Mini-Fest: A Long-Unfinished Film And A Documentary About It

A Guide To Netflix's Orson Welles Mini-Fest: A Long-Unfinished Film And A Documentary About It 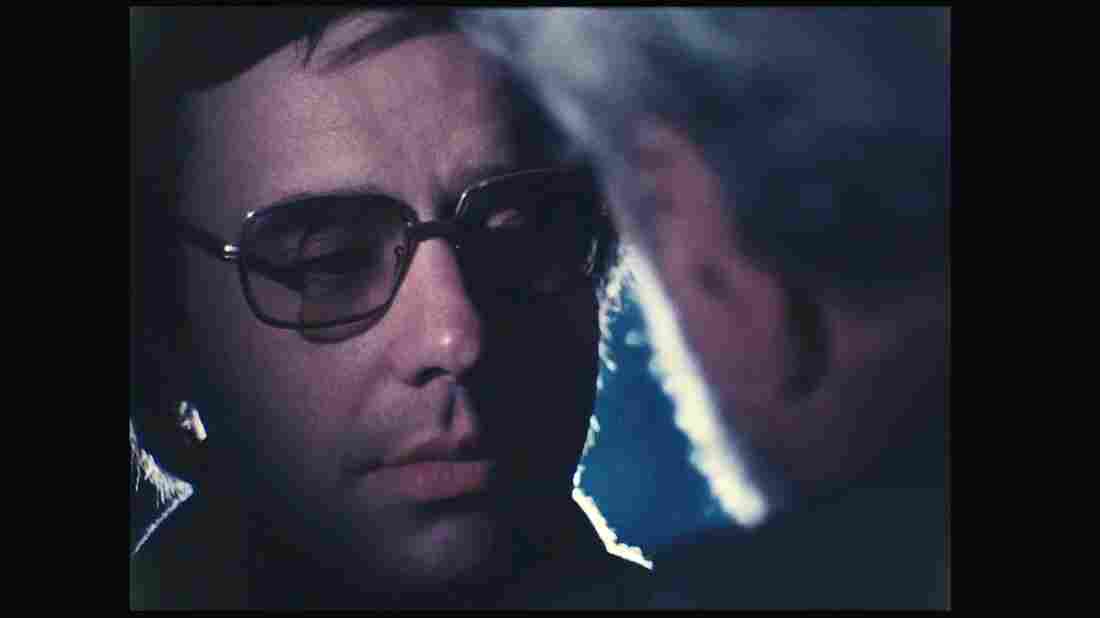 Brooks Otterlake (Peter Bogdanovich) chats with his former mentor Jake Hannaford (John Huston) in Orson Welles' The Other Side of the Wind. Netflix hide caption 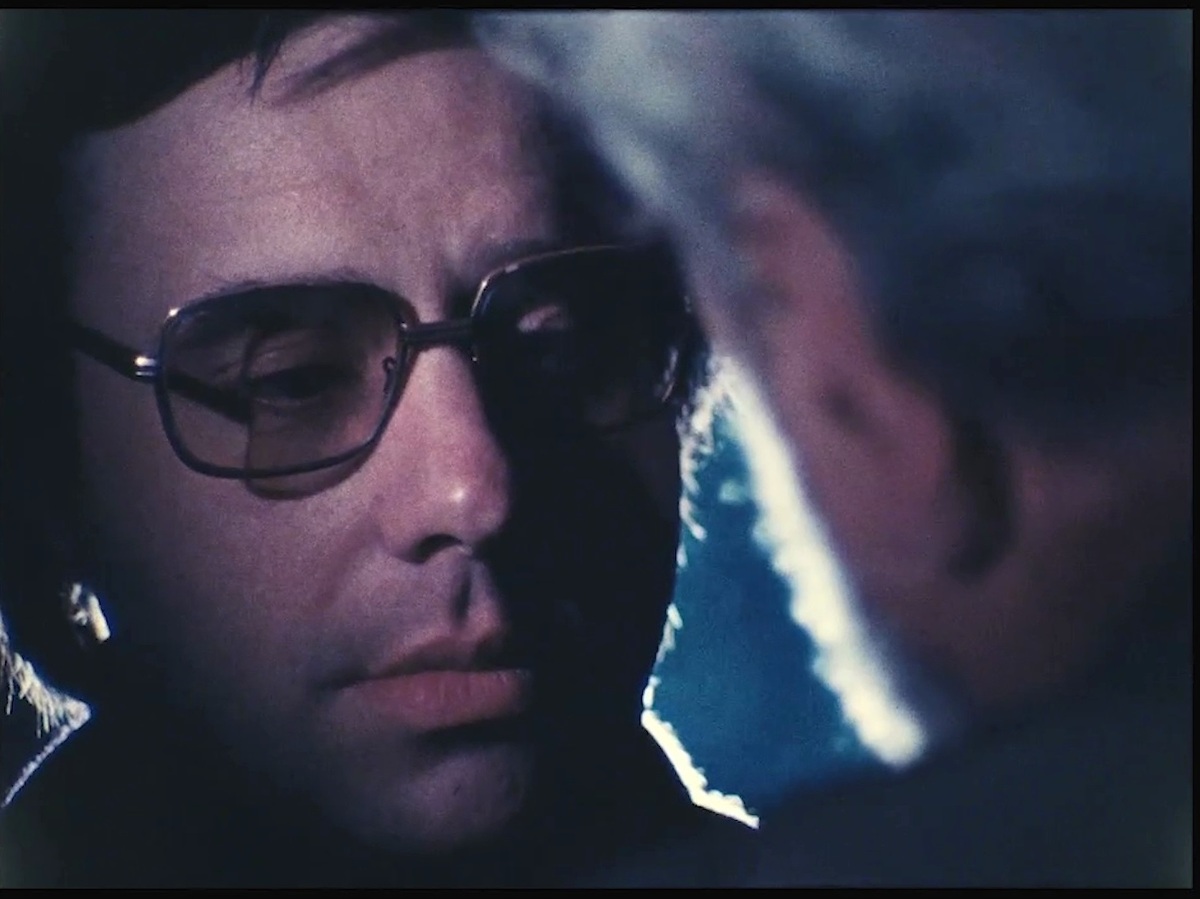 Brooks Otterlake (Peter Bogdanovich) chats with his former mentor Jake Hannaford (John Huston) in Orson Welles' The Other Side of the Wind.

For six years in the 1970s, dead-broke and with his back against the wall, Orson Welles went into the desert and built a giant middle finger to a New Hollywood that didn't want him anymore. A breathless carnival of fragile male egos and the cameras that break them, The Other Side of the Wind chronicles the birthday and death-day of an elderly director who can't finish his big, sexy comeback movie because his money has dried up and his lead actor has fled the set. And that's just for starters.

Had it been released in its own time, alongside the directors it was parodying (some of whom cameo in it), Welles's final film might have put the town's lewd, drugged-up, manspreading "auteurs" on notice. But much like his own subject, Welles was in over his head with production troubles and couldn't finish the movie while he was alive. A sequence of nasty legal battles, not to mention the overthrow of the Shah of Iran (long story), kept the film negatives locked away for more than four decades.

The streaming giant's decision to fund the completion of one of the most famous abandoned projects in film history, alongside a documentary on its making we'll get to in a minute, may be its first-ever producing move that was not informed by an algorithm — if only because Netflix doesn't stock enough Welles-era films to generate any decent numbers on their audience. But finish the movie they have, with the help of surviving cast members like Peter Bogdanovich and Oja Kodar, and a team of Welles devotees who liberated the negatives from their vault in Paris last year to restore and edit them to Welles's specifications as best they could manage.

For the cineastes who've developed a longtime fascination with the project's seemingly impossible completion, it's wild to see The Other Side of the Wind suddenly available on laptops worldwide at the click of a button (as well as in some theaters). Could it really be here after all this time? Or is this "long-lost movie" just a lame patch job, like the crash-test dummies its antihero intends to use as stand-ins for his missing leading man? Well, some good news: Even if it may not exactly be the movie its creator would have made, the artifact is still a thorny, inventive, brain-melting tour de force that confirms Welles's skill at finding beauty and meaning within chaos. 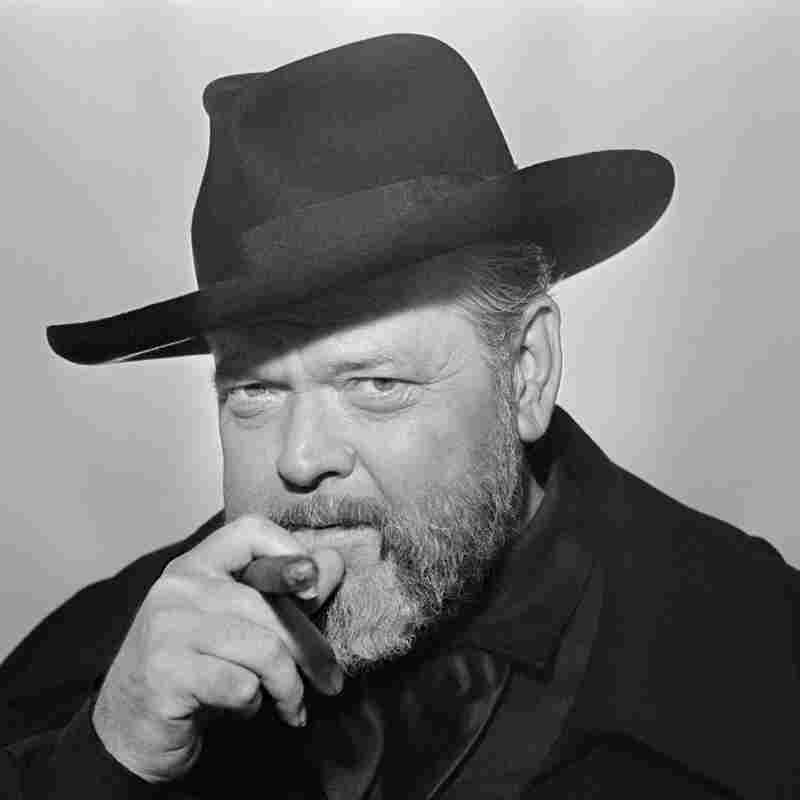 The documentary They'll Love Me When I'm Dead profiles a late-in-life Orson Welles as he struggles to complete The Other Side of the Wind. Netflix hide caption 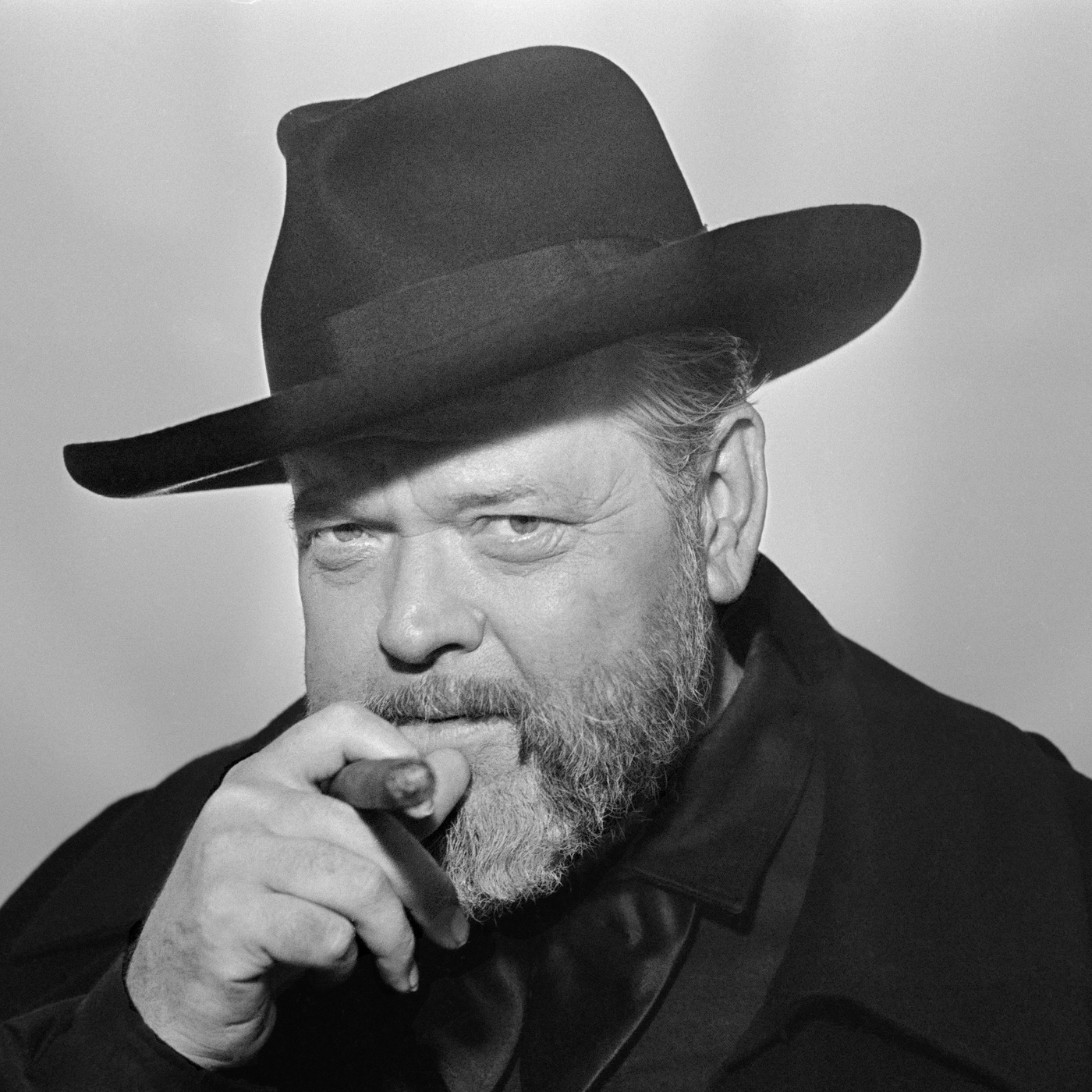 The documentary They'll Love Me When I'm Dead profiles a late-in-life Orson Welles as he struggles to complete The Other Side of the Wind.

And at the birthday party of Jake Hannaford, chaos is everywhere. Played by director John Huston in a parody of his own macho style (the guy claims to have boxed Ernest Hemingway), Hannaford is a living pharaoh of the movies in the process of being embalmed. He's clearly harboring a deep pain, one he disguises with crude humor, bigotry and some leering at a teenaged girl, but his interior is largely closed off. We see him only through the prism of fans, sycophants, rivals and gossipmongers who invade his home, documenting and undermining his every failed attempt to get his film back on track. As a former close friend puts it, "he's infested with disciples."

Those disciples are Welles's gateway into the story, which was conceived found-footage style decades before that term existed. Cameras are everywhere around Hannaford, of every variety, pushing him into corners and willing the other characters to prance around theatrically as they talk to each other. Most of the footage is being shot by a cabal of snooty "video freaks" (the film's term; no offense taken) who hound the true creatives in their midst with festival-Q&A questions like, "Is there a difference between a tracking shot and a dolly shot?" Up to you whether the film's editing style, which cuts with abandon from color to black-and-white, 16mm to super 8, crystal clear audio to fuzzy dialogue, is a mockery of these form-obsessed hangers-on or an indulgence of its own.

Meanwhile, the supporting players grapple with their own roles in this funhouse. Bogdanovich plays Brooks Otterlake, a smarmy former protégé of Hannaford's with a love of mimicry who won't leverage his own considerable fame to help his onetime mentor — shades of Bogdanovich's own career as a Welles pupil who made it big. The incomparable Susan Strasberg pushes buttons and jabs fingers as a nasty film critic who's an obvious stand-in for Pauline Kael. And in the eponynmous film-within-a-film, Hannaford's inscrutable bid for relevancy in the European arthouse era, two naked wanderers played by Kodar and Bob Random chase each other silently through a gorgeous, languidly shot desert and nightclub, exchanging gifts and... other things.

Unpacking all the period-specific references here is a Herculean task best suited to the video freaks. Unlike other Welles films like Touch of Evil, which has a timeless quality that allows it to deepen for audiences in every generation, The Other Side is rooted in a place and time it never truly saw. But that doesn't mean it lacks broader relevance. With his improvised patchwork quilt, Welles broke the act of filmmaking down to its crudest, basest elements. And at the end of this very long, dark night, he's asked us, and himself, if this is all there is. 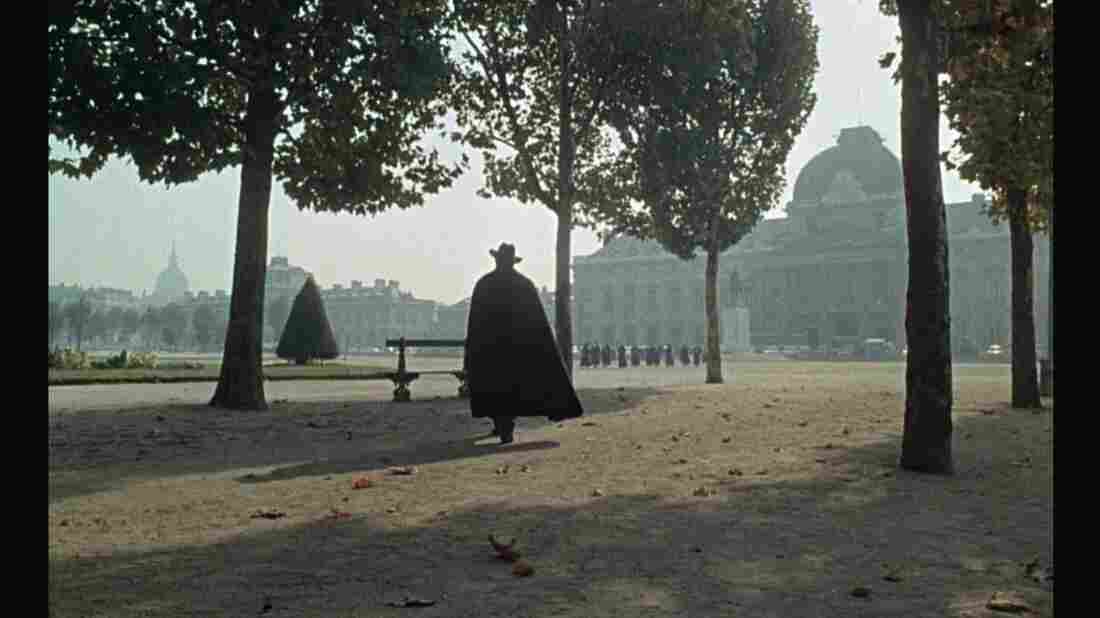 The camera finds Orson Welles in a contemplative mood — and in his signature outfit — in the documentary They'll Love Me When I'm Dead. Netflix hide caption 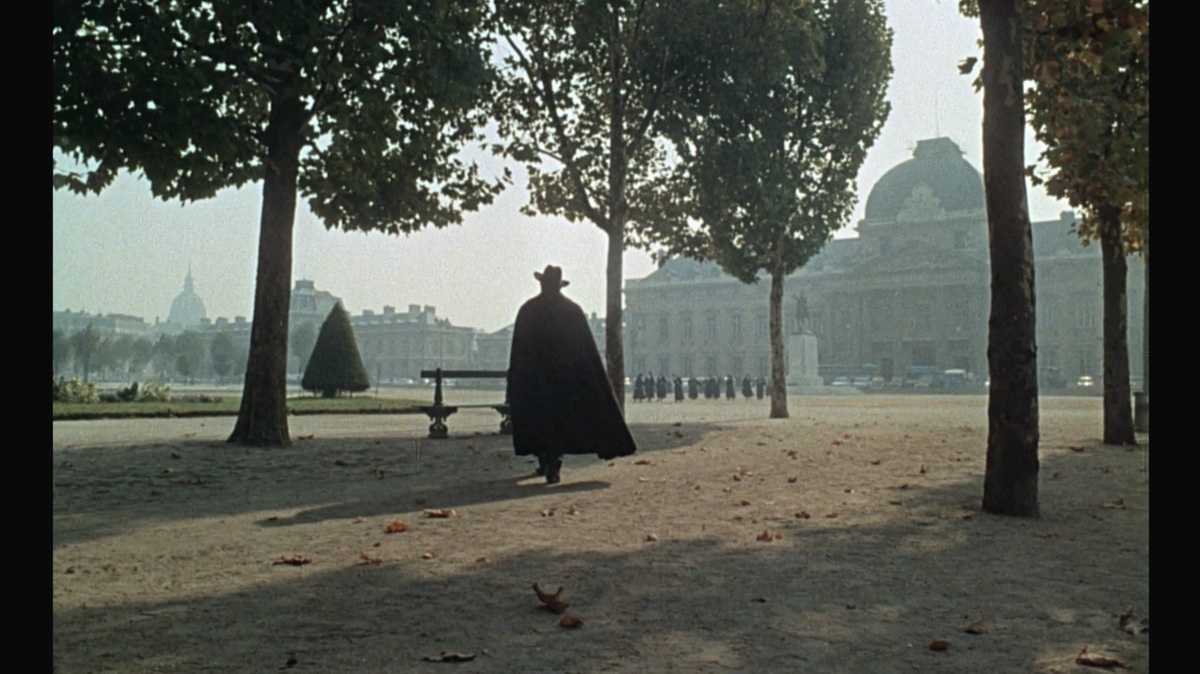 The camera finds Orson Welles in a contemplative mood — and in his signature outfit — in the documentary They'll Love Me When I'm Dead.

The biggest service Neville provides to this movie's story is allowing Welles himself to enter it. The director's boisterous, larger-than-life personality was still intact in the '70s, even though he could no longer leverage it to get funding. But footage of Welles in the last decade of his life, globetrotting on a fool's errand to finish his damn movie, gives us flashes of the cheeky wit that sustained him for so long. Whether he's making a desperate plea for funding at his own lifetime-achievement award ceremony or gleefully burning bridges with Bogdanovich on a talk show, he's forever marching to the beat of his own drum.

But the man's been well-documented already, so we're grateful when Neville takes the opportunity to do character studies of the various folks who got caught in his orbit. The most heartbreaking segments involve Gary Graver, the cinematographer who joined The Other Side after cold-calling Welles at the Beverly Hills Hotel and became so slavishly devoted to his employer that he took jobs on porn sets just so he could keep working for Welles. When Welles died, Graver — who'd frequently put his commitments to the uncontrollable film ahead of his own family — became so devastated he drove around with the man's ashes in his car for over a year.

Obsessives will be thrilled to learn the film also features interviews with Welles's daughter Beatrice, as well as Kodar, who makes a convincing argument that she brought a new level of sexual energy to the director's normally repressed work. Even a Spanish producer who's long been accused of embezzling funds from the production gets to make his case here (it's less convincing).

With stylistic shades of Welles's F For Fake, They'll Love Me When I'm Dead seizes the moment to ask grander questions about its subject's immense life and work.It weaves together themes of deception and betrayal, anger and resentment, and asks whether "creating accidents" is the same thing as devolving into madness. Welles was a maverick alone in a conformist industry, but he could also be selfish and petty, and if even he didn't know what he wanted in his film, who could really be blamed for the whole thing falling apart?

It was always an impossible task to "complete" the legacy of someone who liked his work to be messy and unsolvable. But this new pair of films helps us understand what some part of Welles's ceaseless efforts were all about. Rather than building on a cult of personality, this package deal unpacks the true costs of having no loyalties except to oneself. Like the man at their center, the films are somehow both overwhelming and never, ever enough.