Accessibility links
Laura Jane Grace Thrives In 'Bought To Rot' The Against Me! singer bounds around outside the boundaries and margins of punk, while still sounding unfiltered, playfully profane and overstuffed with ideas. Katie Hovland/Courtesy of the artist

Laura Jane Grace's life and career changed forever in 2012, when the lead singer of the Florida punk band Against Me! came out as trans. But many fundamentals stayed intact: Her visceral, relentlessly outspoken music remained both blunt and jagged as she adapted to (and commented upon) the radical changes in her life and relationships. Against Me! recorded two of its best-received albums (Transgender Dysphoria Blues and Shape Shift With Me) in the aftermath of the announcement, and as their titles suggest, both leaned hard into relevant issues of gender and identity. 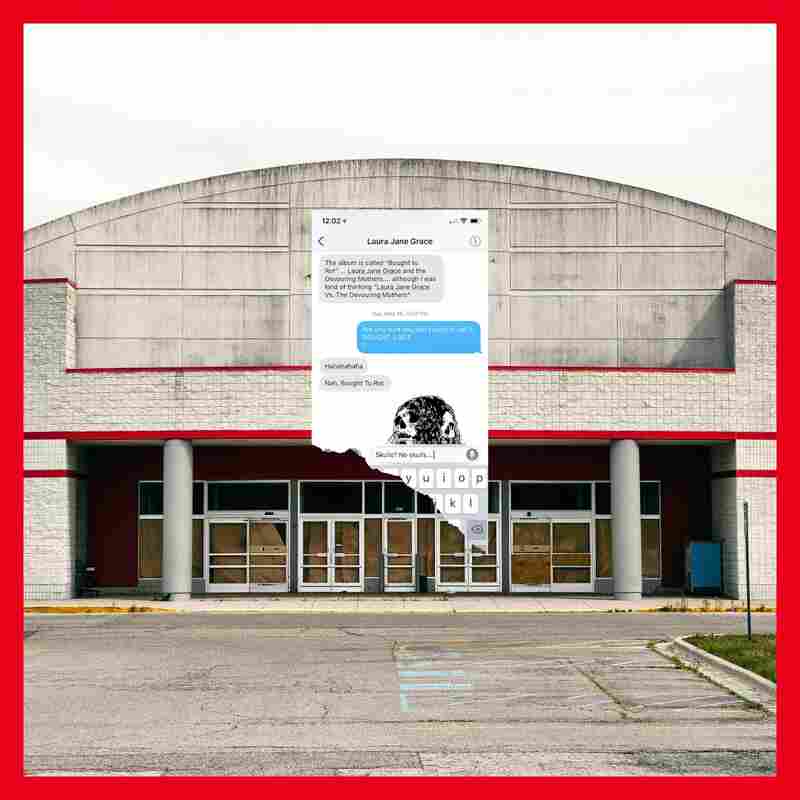 Against Me! remains active, but it's no surprise that Grace also needed the looser, lower-stakes musical outlet she's found in a ramshackle new band called Laura Jane Grace & The Devouring Mothers. The group's new album, Bought to Rot, bounds around outside the boundaries and margins of punk, while still bearing the unfiltered, playfully profane, overstuffed-with-ideas trademark of its leader. After the frayed tone-setter "China Beach" — "Are you my enemy?" she asks plainly, adding, "And are we at war?" — Bought to Rot gets swept up in conflicts both internal and otherwise.

Sometimes, as in "I Hate Chicago," the vitriol spills over into outright satire. In that song — which gets docked three-tenths of a point for sparing the Chicago Bears from her spite, even though the rhyme was right there — Grace spits venom about traffic, pizza, O'Hare and Wilco, only to drop the act and acknowledge, "You caught me, this is actually just another divorce song." But she also finds causes for celebration: In "The Friendship Song," she dishes out heartfelt praise and acerbic self-deprecation mere seconds apart: "You accept me for who I am / And I don't judge you for that."

In interviews, Grace has cited Tom Petty's Full Moon Fever as an inspiration for Bought to Rot. And while the points of comparison might seem superficial — they're both solo records by Floridians who accent their songs with a recurring guitar jangle, though Full Moon Fever mustered only a small fraction of Bought to Rot's aggression — there are deeper connections, too. Grace grew up idolizing Petty, and each built a distinct artistic persona around direct plainspokenness. The former will always fit more syllables into any given couplet, but both have thrived by speaking — and living — their truth as they've seen it.