Accessibility links
Carly Rae Jepsen's New Song, 'Party For One,' Is A Tribute To Self-Love Like a neon light that never goes out, '80s synth-pop is still at the core of Carly Rae Jepsen's being. "Party for One" will appear on her 2019 album. 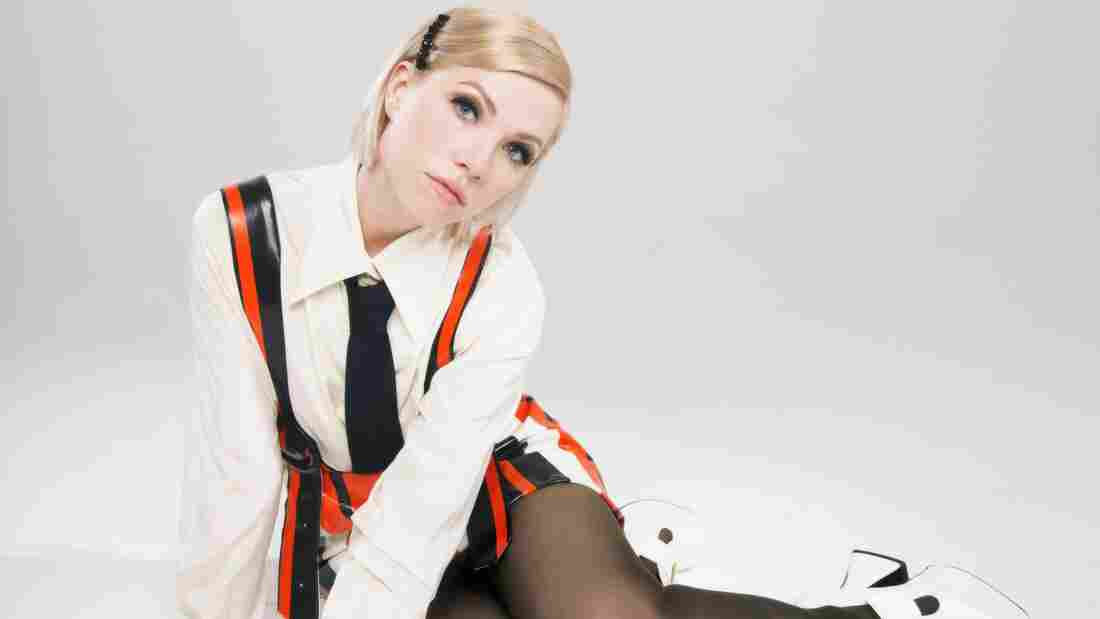 Carly Rae Jepsen's "Party For One" was co-produced and arranged by Captain Cuts and HIGHTOWER. Natalie O'Moore/Courtesy of the artist hide caption

"Party for One" is not quite Carly "Reich" Jepsen, but it's fun to think about. The opening 30 seconds of this, the first single that will appear on her yet-unnamed 2019 album, feature a staccato synth-marimba that pulses at the same tempo as Steve Reich's 1976 masterpiece Music for 18 Musicians — a rhythmic euphoria coats the pop candy ready to burst from the inside. The key is different and adds a triplet that skips like a heartbeat, but the loop doesn't "phase" out of sync to create a musical puzzle of Top 40 proportions. Perhaps it's a missed opportunity, but mid-'70s minimalism isn't the reason we listen to Carly Rae Jepsen.

The left-field reference does, however, ripple into "Party for One" in both familiar and unfamiliar ways. Like a neon light that never goes out, '80s synth-pop is still at the core of Jepsen's being, an outlet to tease the smaller emotions of heartbreak and fantasy with grandiose production.

This is where Carly Rae Jepsen's phases cross over one another like polka dots on chevron, loudly proclaiming self-love forged from solitude. The accompanying music video does much the same, following lonely hearts in hotel rooms, who find their own forms of self-love through spaghetti and wine in the tub, dancing with a martini, shameless product placement (of which Jepsen is a queen), sad movies and, well, other pleasure devices. They're all back on their beat by way — of all things — of minimalist textures that pop.