Accessibility links
Why Big Money Is Being Pumped Into A Small New Mexico Race As battles over energy and climate heat up, national groups are putting more money into local races with a big impact. That includes the election of the land commissioner in New Mexico. 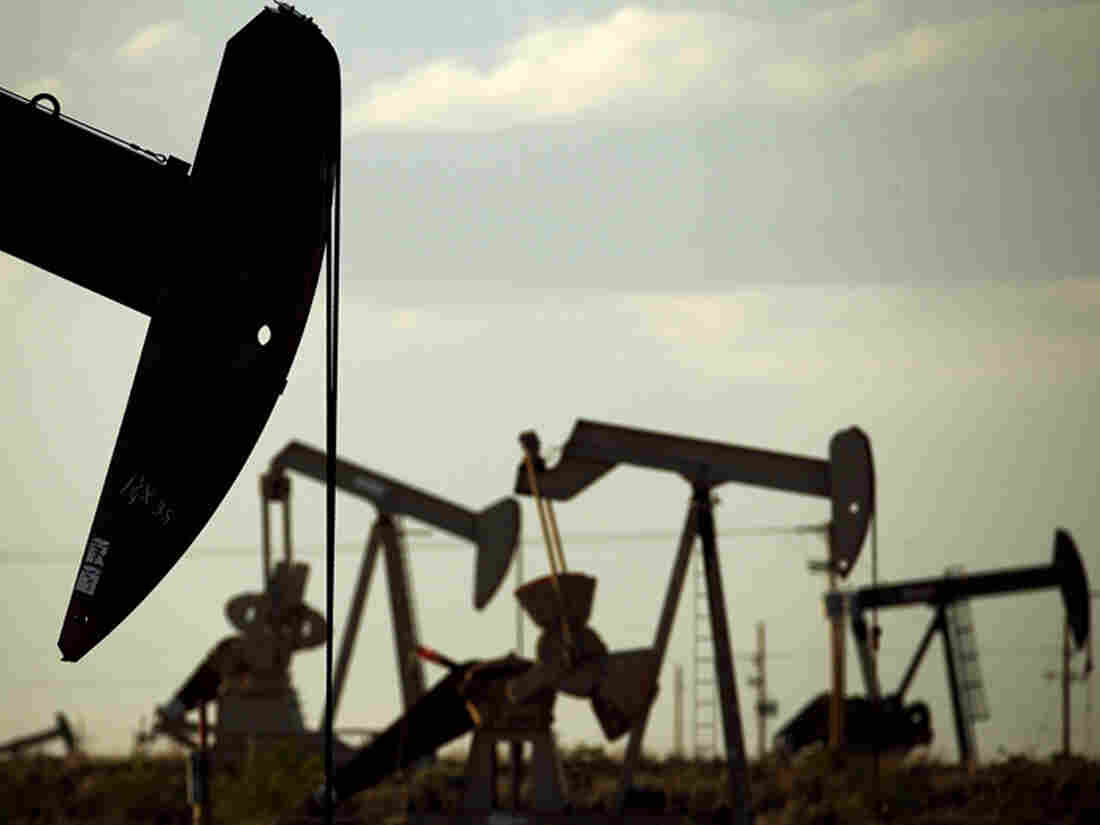 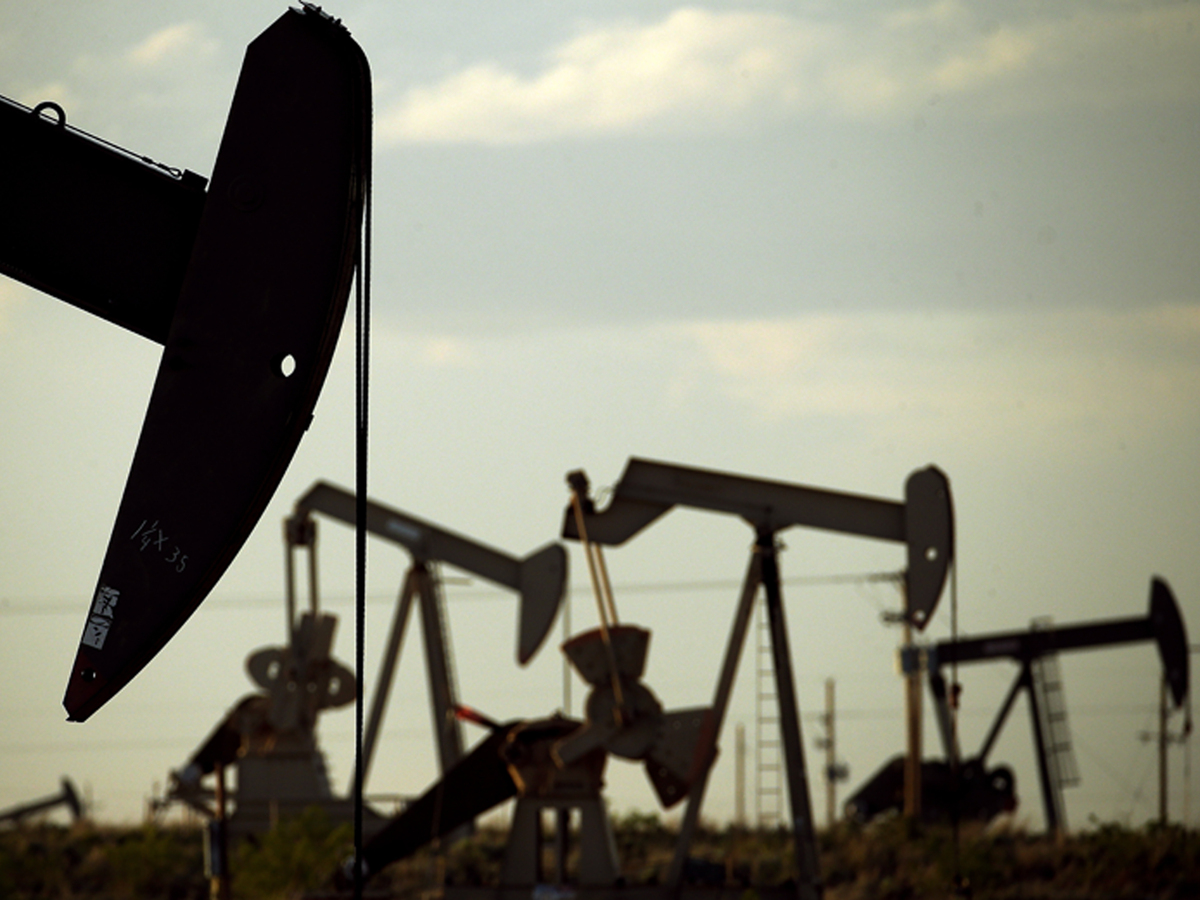 In New Mexico, an elected Land Commissioner oversees oil and gas leases on millions of acres of state land. The race is drawing big money from fossil fuel interests and environmental groups.

A little-known political race in New Mexico is drawing big money and attention from national environmental groups, and oil, gas and mining interests, in the lead-up to next week's midterm elections.

The race for the state's next land commissioner, a position that oversees an area larger than 9 U.S. states, is viewed as crucial to determining the state's energy future. And it could have an even wider impact on the region's economy and the global climate.

"The land commissioner can sell the land, lease the land or trade the land without anybody else's approval, which is unlike any other constitutional office I've heard of," says Ray Powell, who served in the position longer than anyone else in state history.

That autonomy, he says, makes the position attractive to interest groups and industry, particularly oil and gas. New Mexico is one of the top oil-and-gas producing states in the country.

"Traditionally that has been a pattern, that extractive industries see an advantage by participating in these elections," Powell says.

What's different this year is the scale of the participation, and that environmental groups are pushing back.

Longtime political analysts and pollsters say the spending in this year's land commission race is unprecedented.

Chevron, one of the largest oil companies in the world, has put $2 million into a political action committee that's supporting Patrick Lyons, a Republican, who served as land commissioner from 2003 to 2010.

The Committee to Elect Patrcik Lyons for Land Commissioner YouTube

The League of Conservation Voters, a national conservation group, and local environmental organizations are putting their support behind Stephanie Garica Richard, a Democrat, who has promised to hold oil and gas accountable.

"When you turn on the television, you won't watch any more than five minutes without running into a land commission ad for or against these candidates," says Brian Sanderoff, president of Research and Polling Inc., an Albuquerque-based polling firm.

The reason, Sanderoff says, is because the race is very close. Lyons and Garcia Richard are neck-and-neck, far outpacing a third candidate for the job, Libertarian Michael Lucero.

"We're at a crossroads with this particular office and our reliance on extractive industry nationwide, but particularly in New Mexico," says Garcia Richard. "So it's not surprising that industry would sort of use this office, this race, as a referendum on the future of their industry."

Garcia Richard says she's not out to pull the plug on oil and gas. The state relies on it for money. But, she says, she'd like to invest more in renewable energy and better manage the industry, a role her supporters say is all the more important because of the pro-fossil fuel Trump administration.

We need to act, and act quickly, on climate change. We can't wait for Washington, so we have to look at different venues.

"We've never seen the attacks to our air, land and water that we've seen under Trump," says Demis Foster, executive director of Conservation Voters New Mexico. "If we're able to elect a pro-conservation land commissioner we can do things like implement a statewide methane capture rule."

That would require oil and gas operators to capture emissions of methane, a powerful greenhouse gas, from oil and gas production on state lands. The Trump administration has moved to undo those types of regulations on federal lands.

Industry groups warn that such regulation could scare away oil and gas developers and slow booming production.

"There's a $2 billion surplus. You know how much infrastructure we can do with schools and bridges and highways [with that]?" says candidate Lyons. "That's why it's so important that we have someone who works with the oil and gas companies to make sure we maximize our revenues at the same time as taking care of our lands."

Robert Stranahan, an attorney who served as general counsel at the State Land Office under Lyons, says that if the state started putting tough regulations on oil and gas producers, or banned fracking on state lands - something Garcia Richard's opponents are worried about - oil and gas operators would move their development to federal lands.

"They'd still drain the basin," he says. "The money would just go to the feds instead of the state."

The land commission isn't the only down-ballot election that's been getting a lot of attention from energy and environment interests in the weeks leading up to the midterms.

Conservation Voters New Mexico has also put hundreds of thousands of dollars into races for the Public Regulation Commission, which oversees utilities (among other things.) There are two spots open on the five-person commission and the group is hoping to elect progressive, pro-renewable energy candidates to those roles as well.

The campaign is part of a broader push by the League of Conservation Voters to change America's energy future from the bottom-up.

That group is putting money into utility commission races in states like Arizona, Nebraska and Georgia, in addition to New Mexico.

"We need to act, and act quickly, on climate change," says Pete Maysmith, the group's senior vice president of campaigns. "We can't wait for Washington, so we have to look at different venues."