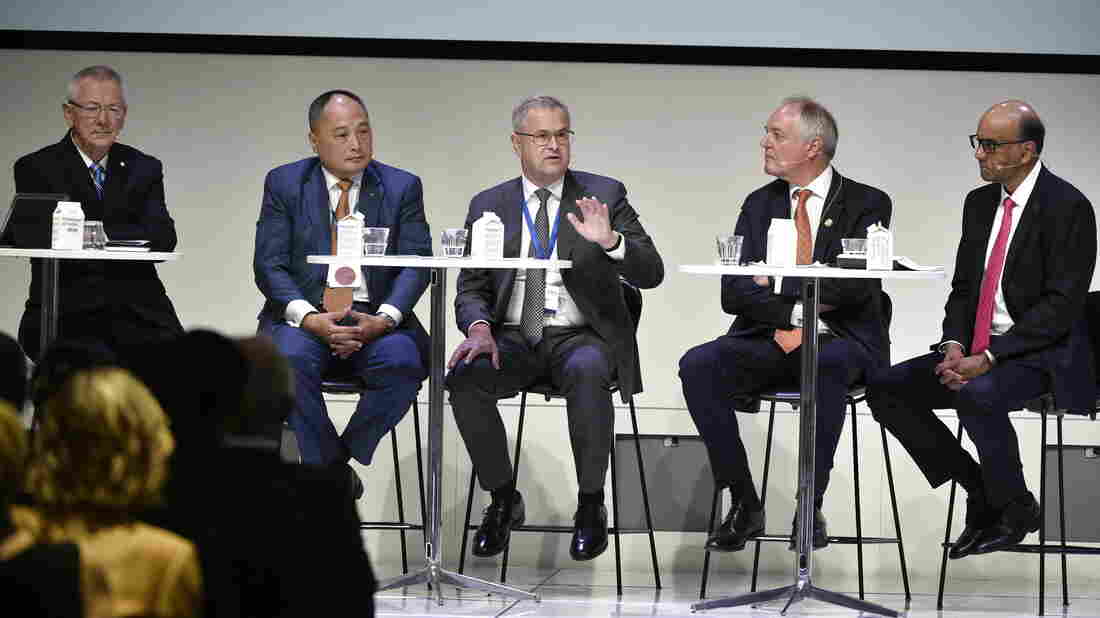 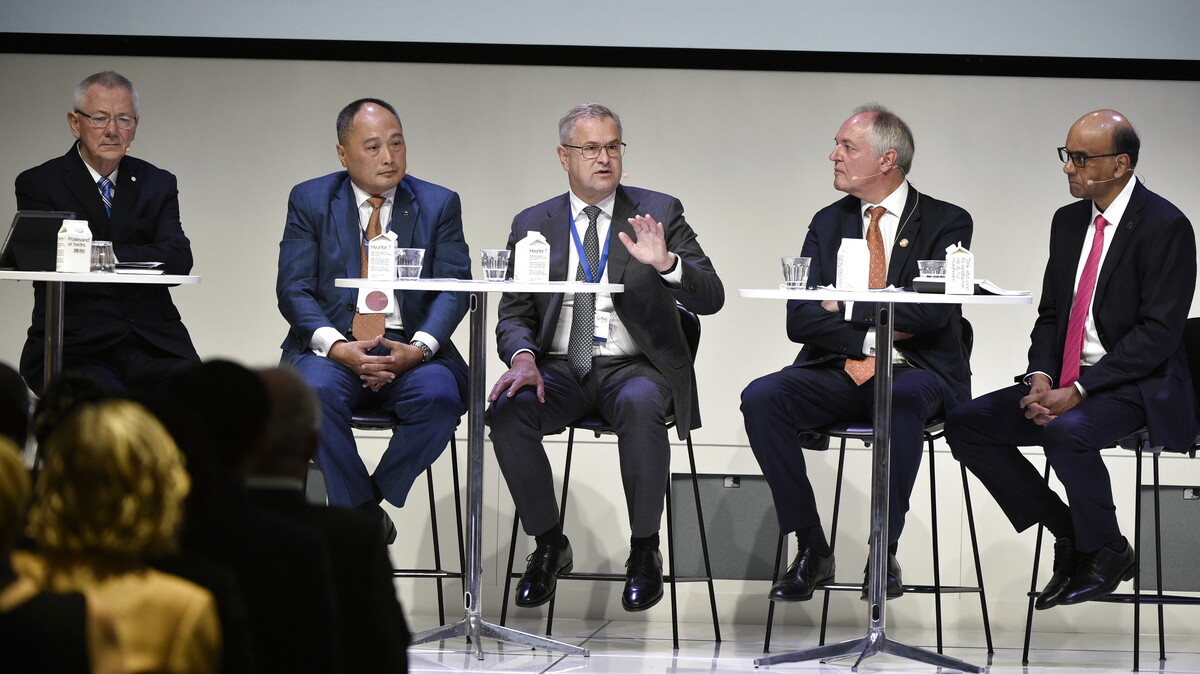 A panel discussion at the Partnering for Green Growth Summit in Copenhagen last month.

Men outnumbered women 2 to 1 as event speakers over the last five years, a survey by event software company Bizzabo found. Of the 60,000 speakers the company analyzed at mostly private sector events in 23 countries, 69 percent were male.

The company's survey, which looked across industries and event types, suggests that so-called "manels" — all-male panels — are still the norm.

And despite increased public conversations around gender inequality and sexual harassment in the workplace, the number of women speakers hasn't shifted that much. In the past two years, it's only increased by 2 percent.

Bizzabo is a platform that helps planners manage their events through the cloud with event registration, ticket sales and apps. It also helps measure the success of events.

The survey also found that women are most often speakers at fundraisers, galas or social gatherings but much more rarely invited to speak at conventions, meeting and networking events or conferences.

On #MeToo, Americans More Divided By Party Than Gender

The industries that have the largest gaps are tech and venture capital, where men make up 78 percent and 82 percent of speakers respectively.

The U.S. ranks third best on gender diversity among speakers out of the 23 countries analyzed. It follows Mexico and Kenya, where the gap was smallest with women making up 42 percent of speakers.

The "manel" has inspired hilarious social media accounts like the all-male panels tumblr and @allmalepanels twitter, which publish submissions of some of the most egregious examples. A picture of David Hasselhoff giving a thumbs up is posted with a note "Congrats, you have an all male panel!"

There was this roundtable on abortion law restrictions in Poland:

By the way Poland ranked dead last in the Bizzabo analysis.

And then there was this presidential roundtable from June, where President Trump meet with Republican members of Congress to discuss immigration:

Congratulations to this panel that's discussing the separation of immigrant families at the US border pic.twitter.com/3miLxEUURb

And this event on women in Math:

Brigham Young University has women in the Math department, yet none of them ended up on this panel concerning “Women in Math.”https://t.co/3Td78W34Wq pic.twitter.com/uc1LEL8pxX