Accessibility links
As Dems Prepare Investigative Barrage, Key White House Lawyer Jobs Remain Vacant The leadership of key committees, including those on intelligence, the judiciary and oversight, might flip from Trump-friendly Republicans to Democrats less sympathetic to the president. 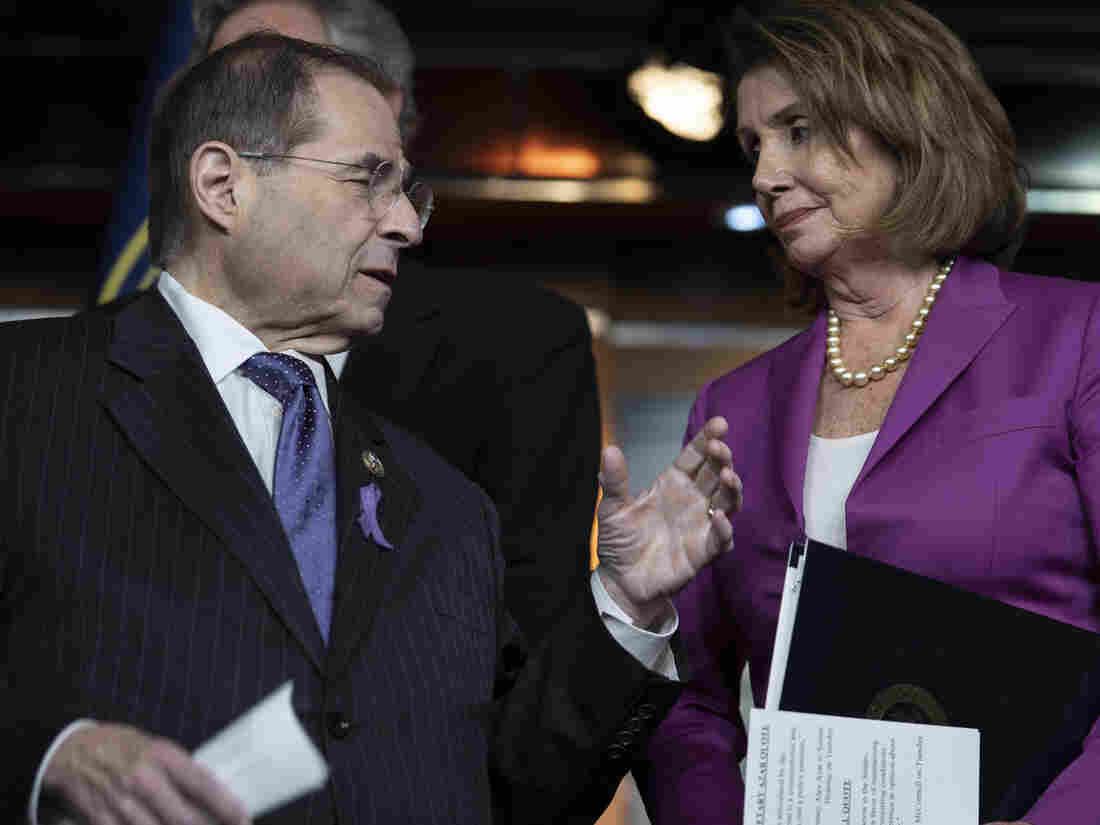 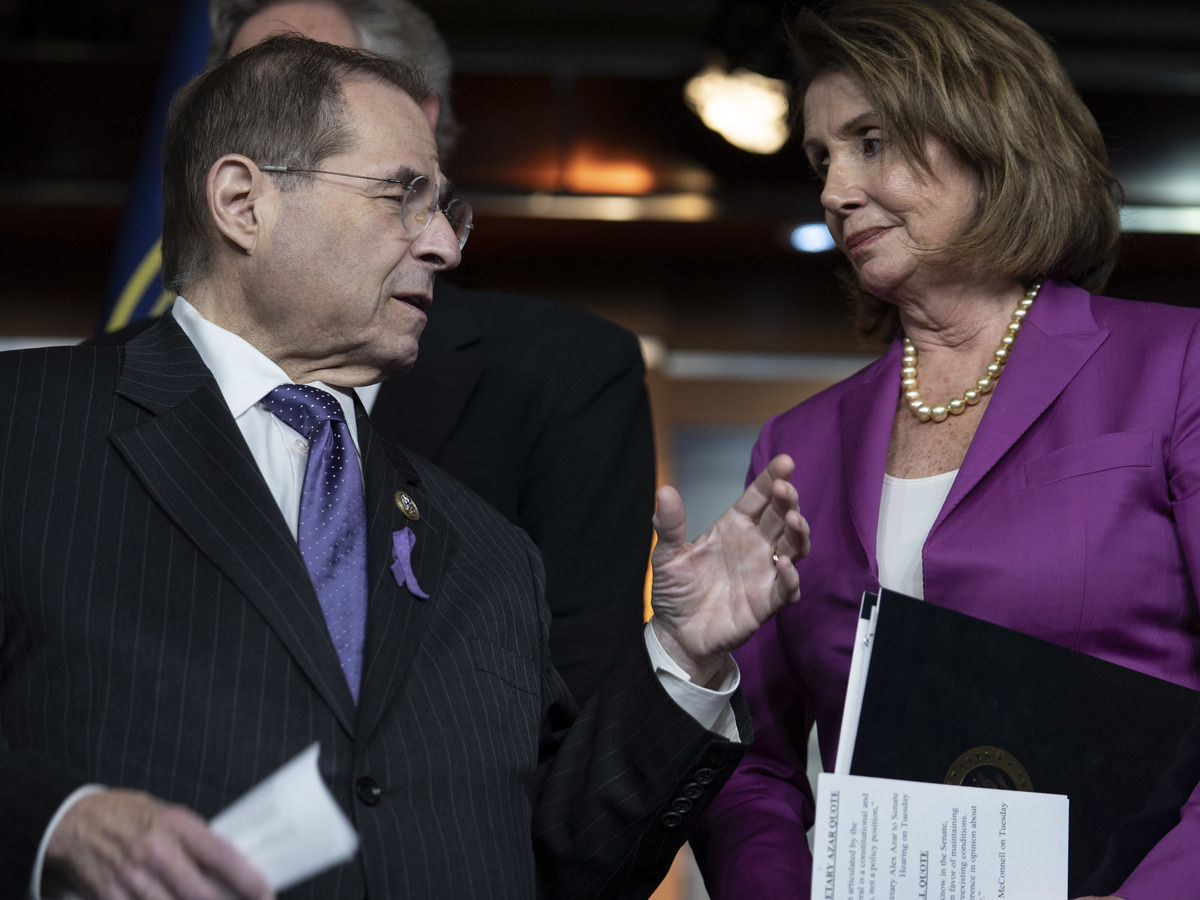 For many Americans, "impeachment" could become the term du jour if Democrats take control of the House in next week's midterm election. But party leaders say they want to focus on a different I-word: investigations.

Minority Leader Nancy Pelosi and her lieutenants say they want to embrace the significant oversight powers that Democrats would gain in the majority.

Those include subpoenas and public hearings, which Democrats could use to hamstring the Trump administration by dragging in senior officials for testimony and keeping alleged wrongdoing — large and small — in the public eye.

Three committees in particular — oversight, Judiciary and intelligence — are poised to lead the charge.

"This country has a number of emergencies right now under the jurisdiction of this committee which we're not spending any time or any attention [on] — the leading one obviously being the fact that 3,000 children were improperly taken away from their families," Nadler said this summer.

Nadler was not impressed.

"It's of more immediate concern than this hearing, certainly," he said.

The Democratic leaders say they have dozens of subpoena requests in hand and investigative leads they want to follow. Becoming chairmen in January would permit them to move ahead.

A new barrage of oversight investigations that would follow a Democratic takeover of the House would mark a jarring change for the White House.

For the past two years, President Trump has enjoyed a Republican-controlled House and Senate. That has translated into GOP-led investigations aimed largely at the FBI and others investigating Russia's election interference, not at the Trump administration itself.

In the case of the House intelligence committee under its current Republican chairman, Rep. Devin Nunes of California, the panel concluded its Russia investigation with a finding of no wrongdoing by Trump or his campaign.

GOP control of Congress also allowed the president's allies to push back against the Russia investigation with counternarratives — such as an anti-Trump "deep state" conspiracy theory, of which Strzok is a star.

At the same time, Republican allies used their House majority to exert pressure on those involved in the Justice Department's Russia probe, for example, by repeatedly threatening to hold in contempt the man overseeing the investigation, Deputy Attorney General Rod Rosenstein.

Republicans defend their oversight record, particularly as it pertains to the Russia probe.

Four FBI officials, including the onetime director and the bureau's deputy director, have been removed, and both the FBI and Justice Department have dragged their feet in supplying information they owe to Congress, Goodlatte and others argue.

"They're going to have to add more lawyers"

Is the White House prepared for the possibility of Democrats taking control of the House?

Multiple requests for comment were declined on the grounds that administration officials don't want to talk about something they hope doesn't happen.

"Yes they are prepared," said Ty Cobb, who until this year was the lawyer handling the special counsel investigation. "Are there people prepared for that? Yes there are," he told CNN. "They're going to have to add more lawyers."

For starters, the lawyer in the Trump White House who had been handling oversight requests, Uttam Dhillon, left over the summer to become acting administrator of the Drug Enforcement Administration. No replacement has been announced.

White House Counsel Don McGahn left last month before his named replacement could get security clearance. So a lawyer named Emmet Flood is in the role temporarily. Flood has a lot of experience dealing with these very issues in past administrations, but it's not clear whether he would do that for President Trump.

Neil Eggleston, who served as White House counsel for President Barack Obama, knows what it's like to deal with an opposition party in control of Congress. He also worked in the Clinton administration, which was under endless investigation.

Administration officials must balance their legal obligations to comply with their political desires to protect themselves and the presidency. Former Attorney General Alberto Gonzales, who was White House counsel to President George W. Bush, told NPR that one strategy is to negotiate as much as practical to avoid subpoenas and avoid having to exert executive privilege.

That's the doctrine that can permit a president to shield internal documents from Congress and the public — but one that can also come with a political cost.

"You burn political capital every time you assert privilege," Gonzales said. "Immediately your opponents in congress, the media will say 'What are you hiding? You know — why are you asserting privilege?'"

The gentleman from Maryland 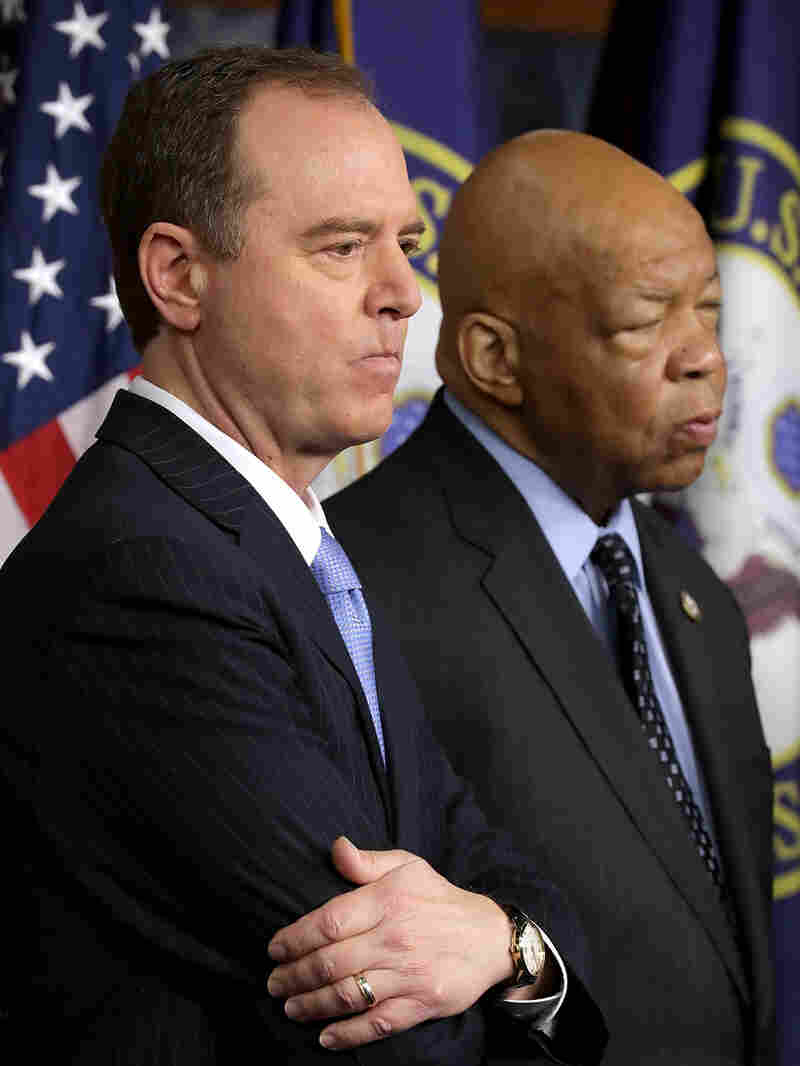 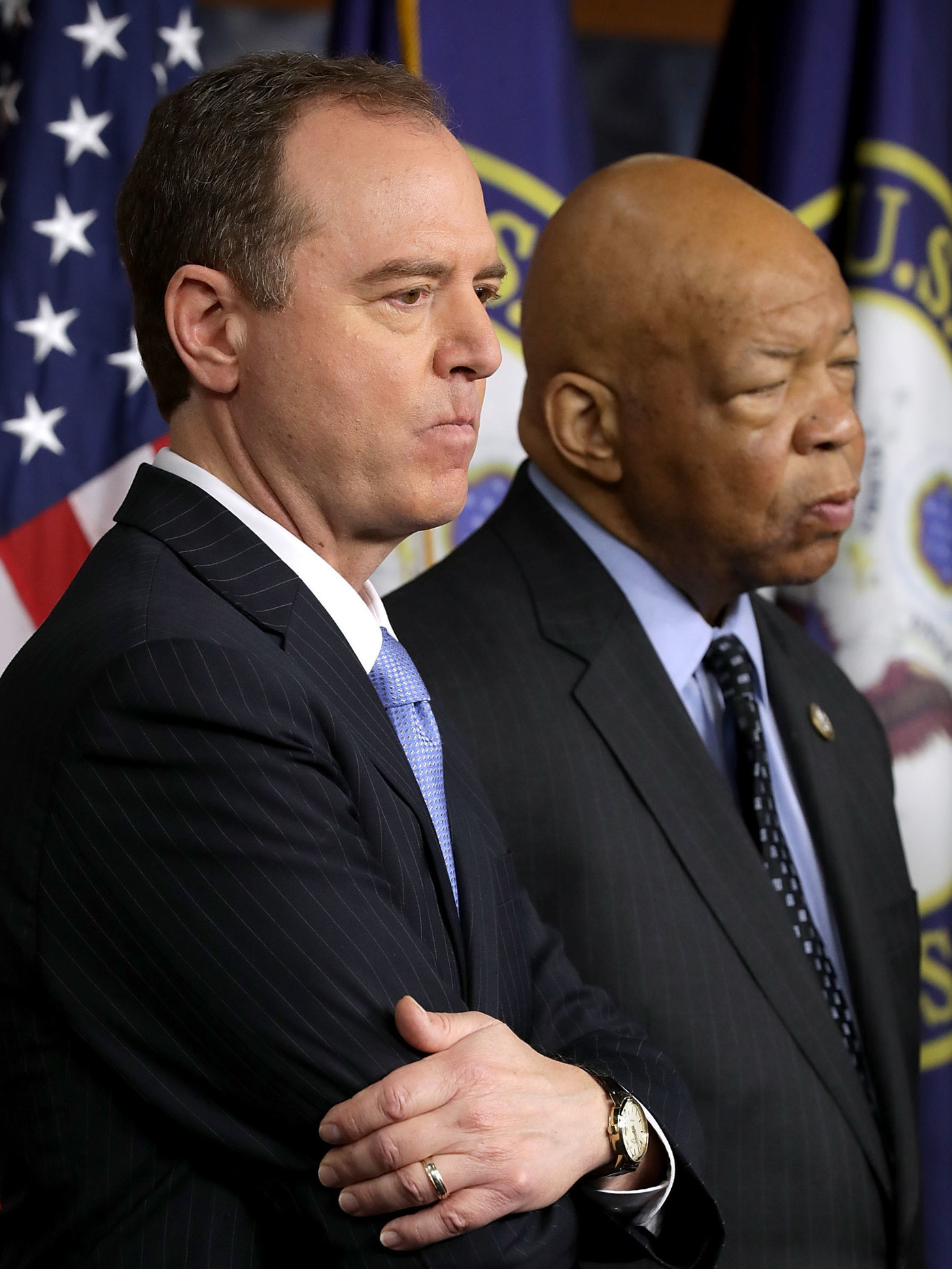 The main investigative arm of the House is traditionally the Committee on Oversight and Government Reform. The top Democrat, Cummings, has managed to prod the administration even while in the minority.

In his biggest splash, Cummings made public a number of documents that raised question about the finances and foreign contacts of Michael Flynn, Trump's first national security adviser, who resigned after less than a month on the job.

Flynn has since pleaded guilty to lying to the FBI and is cooperating with special counsel Robert Mueller's Russia investigation.

If Democrats win the House, Cummings says that as oversight chairman, he would focus on the basics.

"The waste, fraud, and abuse is plain to see," he said. "The most important thing for the oversight committee to do is to get back to regular order by obtaining documents and interviewing witnesses, and actually holding the Trump administration accountable to the American people."

Deep In The Desert, A Case Pits Immigration Crackdown Against Religious Freedom

The committee, he said, needs to look into day-to-day issues for most Americans, such as access to health care, voting rights, the cost of prescription drugs, postal system reform and questions about the census.

Cummings and his fellow Democrats on the committee say they have more than 60 subpoenas that Republicans have blocked since Trump's inauguration. If they claim the gavel, Democrats plan to tap into that stash come January.

Democrats on the Judiciary Committee, meanwhile, also have topics on which they plan to dig, given the chance.

Those include the FBI's supplemental background investigation of Supreme Court Justice Brett Kavanaugh and a potential question of perjury; the firings at the FBI; the administration's hard-line immigration policy; and the Justice Department's decision not to defend the Affordable Care Act from constitutional challenges.

The intelligence committee, meanwhile, is likely to resurrect aspects of its Russia investigation. Republicans closed the probe in March with no finding of any connection between Trump's campaign and the Russian war of disinformation against the West.

Democrats rejected the GOP's conclusions as well as the decision to shut down the investigation. They say Republicans conducted a halfhearted probe that refused to pursue investigative leads, compel testimony from witnesses or subpoena critical documents.

"We will do an assessment of the work remaining and the questions still unanswered in the Russia investigation," Schiff said. "We are determined to provide a full accounting of Russia's interference in the last election as both parties promised at the outset but the GOP later abandoned."

There are other threads that Democrats want to look into that they believe will help uncover the full picture of Russia's interference and influence operation during the 2016 election.

That includes, one congressional source said, questions about whether the Trump campaign used data that was improperly acquired, as well as allegations that the Trump Organization may have been used as a conduit for money laundering.

That, in turn, blends into questions surrounding the president's finances, which is a topic that Democrats are primed to investigate.

The chief target on this front is the president's tax returns. Trump, despite much public criticism, has broken precedent and refused to release his tax returns, effectively shielding his finances from scrutiny.

That could end with committee gavels in the hands of Democrats, who could request those documents and put them under a public microscope. That power would rest with the House Ways and Means Committee under a tool called the "committee access" provision.