Accessibility links
He Was Shot In A Hate Crime. It Only Strengthened His Judaism Josh Stepakoff survived a shooting at a Jewish day camp when he was 6 years old. But, as he tells his father, it took years before he began to consider why he was targeted. 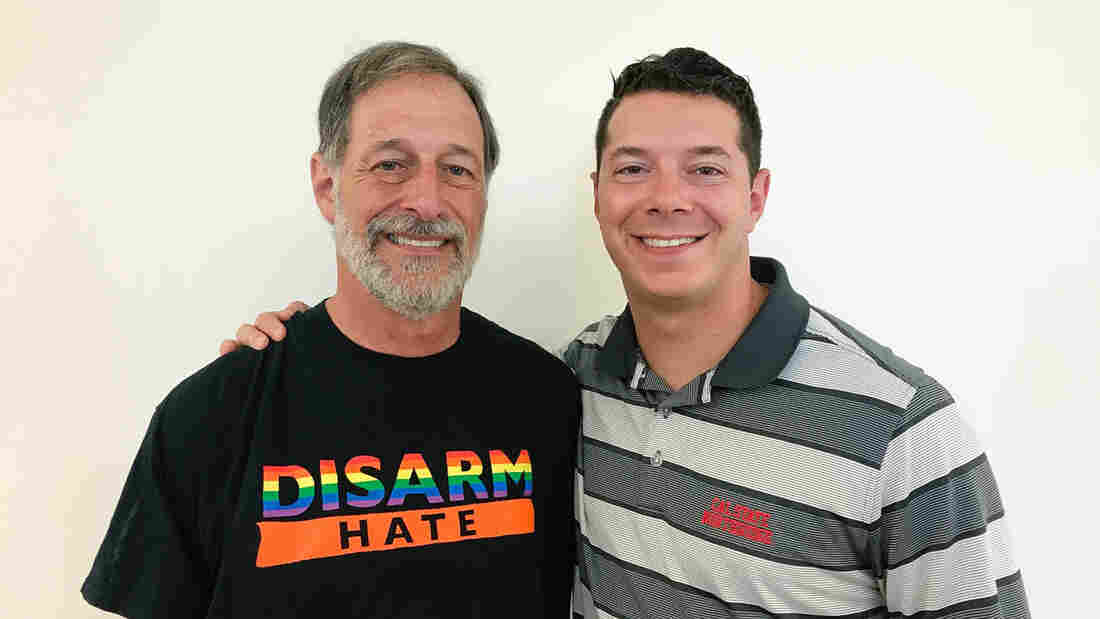 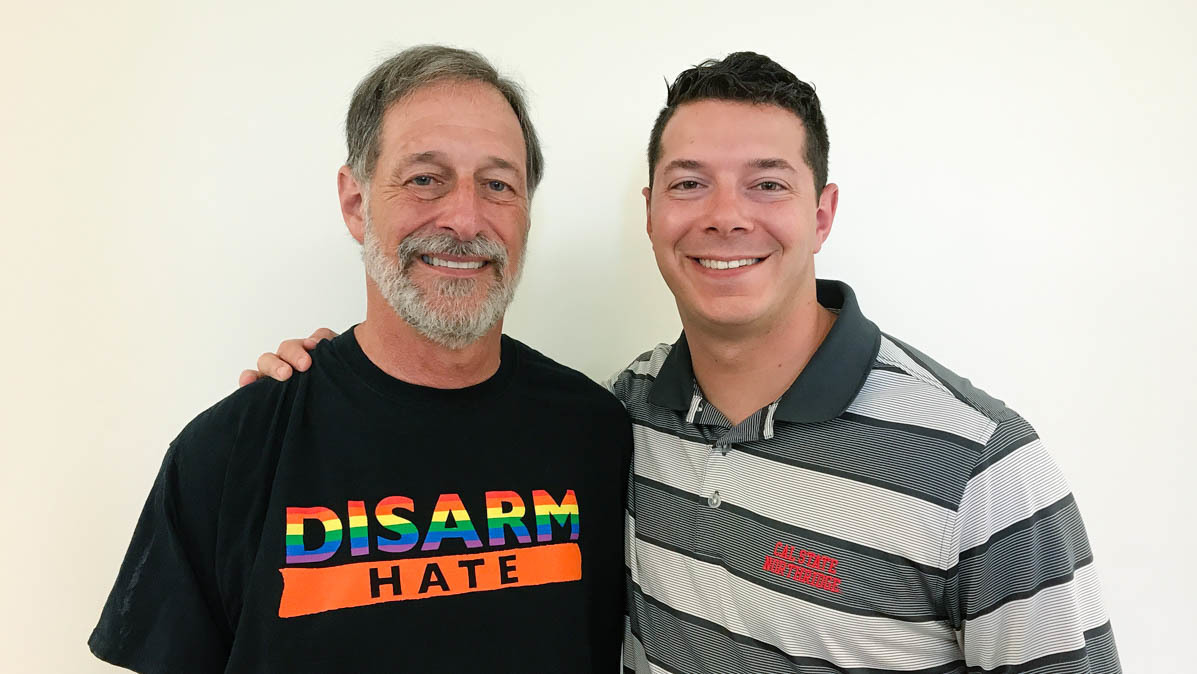 It's been nearly one week since a gunman launched a deadly attack at the Tree of Life synagogue in Pittsburgh, killing 11 people and wounding four. The massacre is a sobering reminder that anti-Semitic violence remains a real threat.

It was Aug. 10, 1999. That morning, 6-year-old Josh was playing a game of capture the flag when a shooter opened fire on his day camp at the North Valley Jewish Community Center.

Josh was shot in the leg and hip. The gunman also wounded two other children, a teenage counselor and an office worker at the center, before fatally shooting a letter carrier a few miles away.

In a StoryCorps conversation recorded last year with his father, Alan Stepakoff, Josh reflected on the shooting and how his Jewish identity played into why he was targeted.

He spoke to his father about how after he was shot, a staff member at the camp carried him to safety.

"I just remember kind of bouncing in their arms," he says. "They put me down on the floor, then they covered me with blankets. And I just kept screaming, 'Call 911. Call 911.' "

While Josh was recovering in the hospital, he and his dad recalled seeing the shooter's face on TV. "Do you remember why you thought he might have shot you?" Alan asks his son.

Josh says it would be years before he started thinking about his Jewish identity in relation to the shooting.

"I don't think it was until I was preparing for my bar mitzvah that I really started to think about the fact that it was because I was Jewish," Josh says. "You and mom were so careful about making sure that I didn't stray away from my religion just because I was targeted for it." 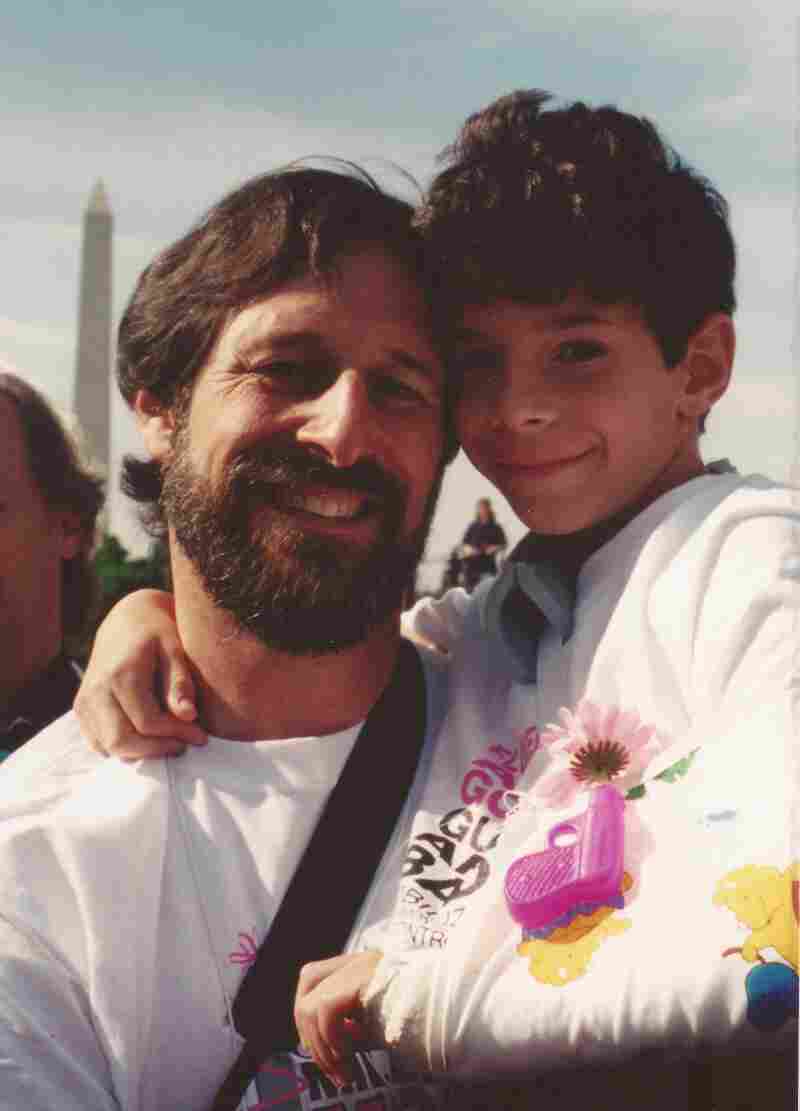 Alan Stepakoff with his son, Josh, in Washington, D.C., for the Million Mom March rally in May 2000, the year after Josh was shot at his Jewish day camp. Courtesy of Josh Stepakoff hide caption 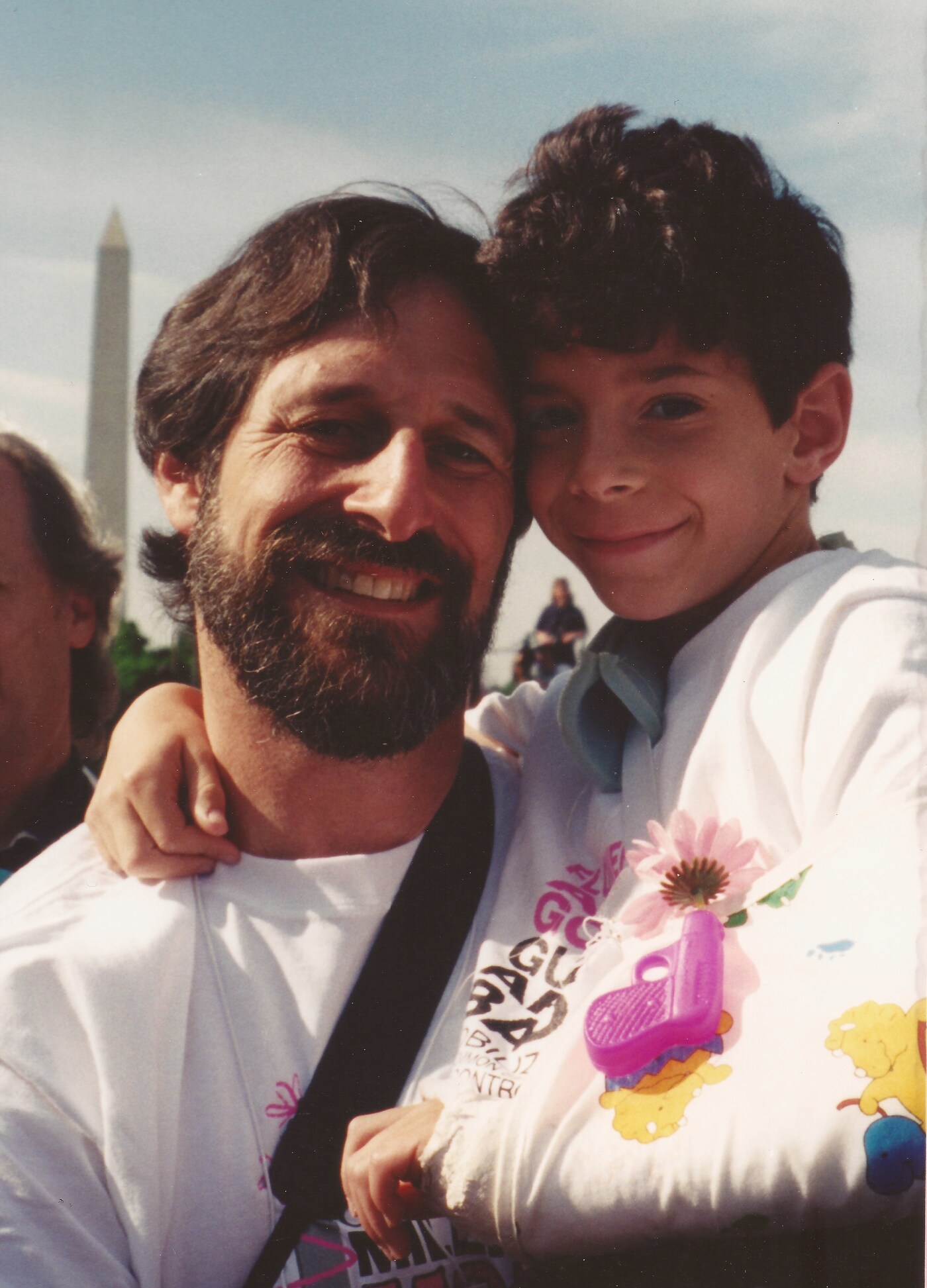 Alan Stepakoff with his son, Josh, in Washington, D.C., for the Million Mom March rally in May 2000, the year after Josh was shot at his Jewish day camp.

Alan says he didn't want his son to fear for his safety because of his heritage, as some of their ancestors had.

"The last thing I wanted you to do was to be afraid of being Jewish," he says. "Some of it went back to my childhood. My mother had told me about stories from the '40s and '50s. Now, all of a sudden through my 6-year-old to experience this."

But, says Josh, the shooting has only reinforced the values he derives from his faith.

"As I started to reflect on why I was shot," he says, "I started to think of all of the good things that came from Judaism as opposed to this one terrible thing. I started to remember that it's my view on life. It's making sure that I treat everyone with compassion and that was more of what Judaism meant to me rather than a threat to who I was."

What One Family Lost In Pulse Nightclub A Year Ago