Accessibility links
Judge Rules Native Americans In North Dakota Must Comply With Voter ID Law The judge said allegations made by Native Americans seeking a waiver from the law gave the court "great cause of concern." But he was not willing to change election laws at the 11th hour. 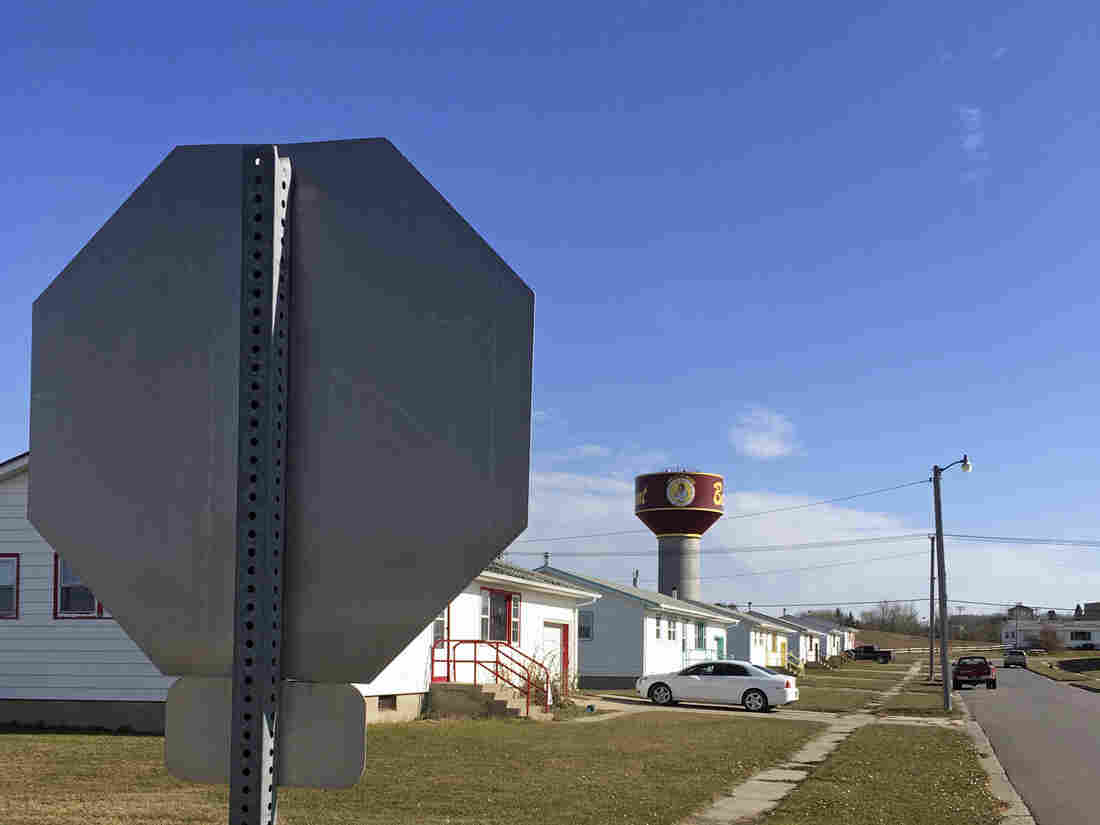 Residential roads with no street name or number signs, such as this one in Belcourt, N.D., are common on the Turtle Mountain Indian Reservation. Under recently tightened state rules, voters in North Dakota are required to present identification with a street address, which is a hurdle for Native Americans. Blake Nicholson/AP hide caption 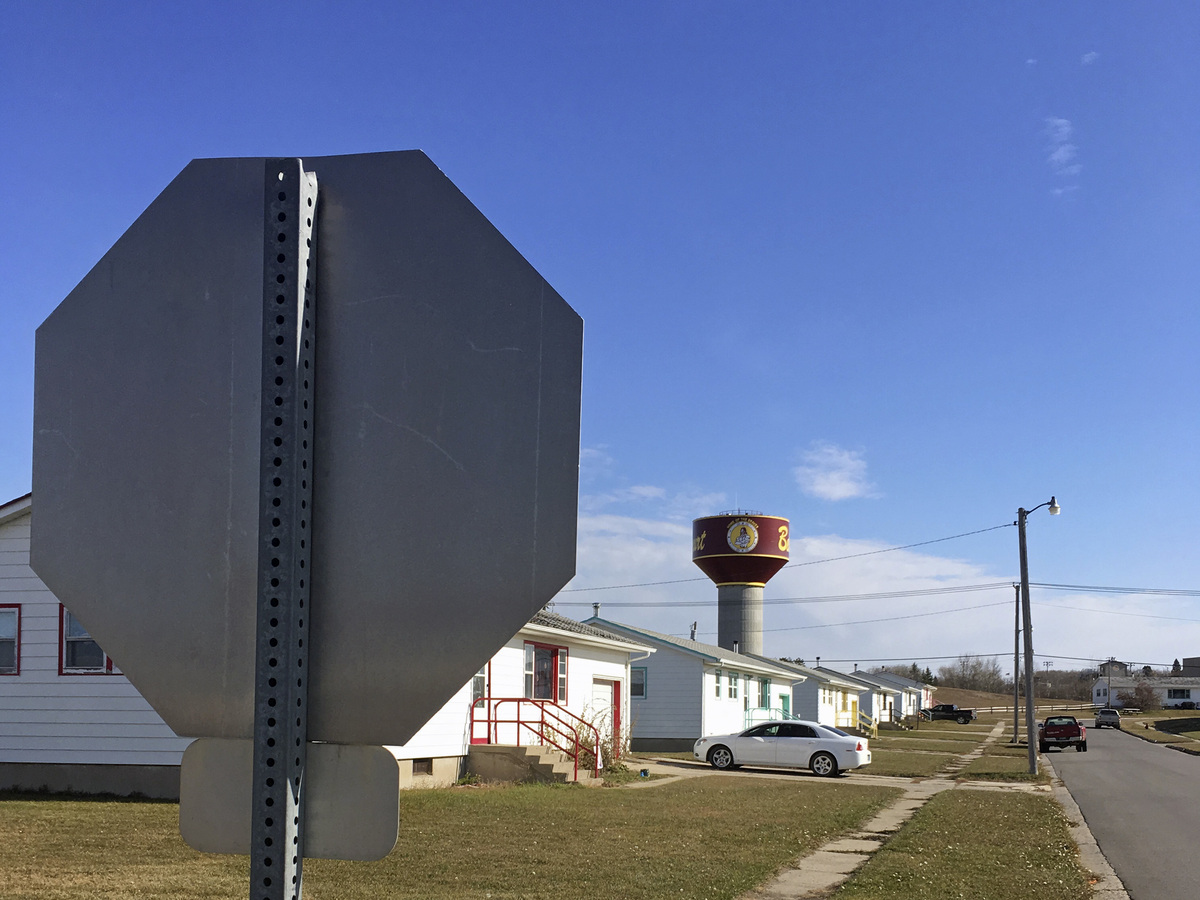 Residential roads with no street name or number signs, such as this one in Belcourt, N.D., are common on the Turtle Mountain Indian Reservation. Under recently tightened state rules, voters in North Dakota are required to present identification with a street address, which is a hurdle for Native Americans.

A federal judge has ruled that Native Americans in North Dakota must comply with the state's recently tightened voter ID law. At the same time, U.S. District Court Judge Daniel Hovland acknowledged that the law had raised concerns.

The controversial law requires North Dakota residents to show identification with a current street address. Many residents of Native American reservations — who tend to vote for Democrats — do not have street addresses. They have Post Office box numbers, and those don't qualify. In October, the Supreme Court declined to overturn the law.

Hovland denied a motion Thursday to exempt Native Americans in certain counties from complying with the law.

The most recent motion was filed Wednesday by the Spirit Lake Tribe and six members against North Dakota Secretary of State Alvin Jaeger. The plaintiffs sought to "prevent the law from taking effect for counties that include reservations for Native American voters..." according to the Bismarck Tribune.

"The allegations in the complaint, the motion for a temporary restraining order, and the attached affidavits give this Court great cause for concern," he wrote. "However, a further injunction on the eve of the election will create as much confusion as it will alleviate."

"The allegations will require a detailed response from the Secretary of State as this case proceeds. The litany of problems identified in this new lawsuit were clearly predictable and certain to occur."

Before Hovland's decision, NPR's Jeff Brady spoke to defendant Alvin Jaeger, who says the new requirements were not politically motivated.

"What has been done is that the voters that come to the polls have assurances that the other people are legitimate voters," Jaeger said.

The motion denied yesterday reflected a last ditch effort by Native Americans, who have been scrambling to respond to the new requirements in other ways.

"Instead of keeping people away from the polls, I think what they did is they encouraged us to get to the polls," Faith told NPR's Brady.

The Lakota People's Law Project and the Four Directions nonprofit have provided more than 2,000 voters on four reservations with free IDs with street addresses that would meet the new requirements, The Associated Press reported.

Those 2,000 voters may be significant in this closely watched race, in which Sen. Heidi Heitkamp, a Democrat, is defending her seat against GOP Rep. Kevin Cramer, who is leading in most recent polls.