Accessibility links
5 Questions About Rocks And Guns Asked on Thursday if active duty soldiers being sent to the border with Mexico would fire on migrants who throw rocks, Trump said he hoped not. On Friday, he said soldiers would arrest them instead.

5 Questions About Rocks And Guns

5 Questions About Rocks And Guns 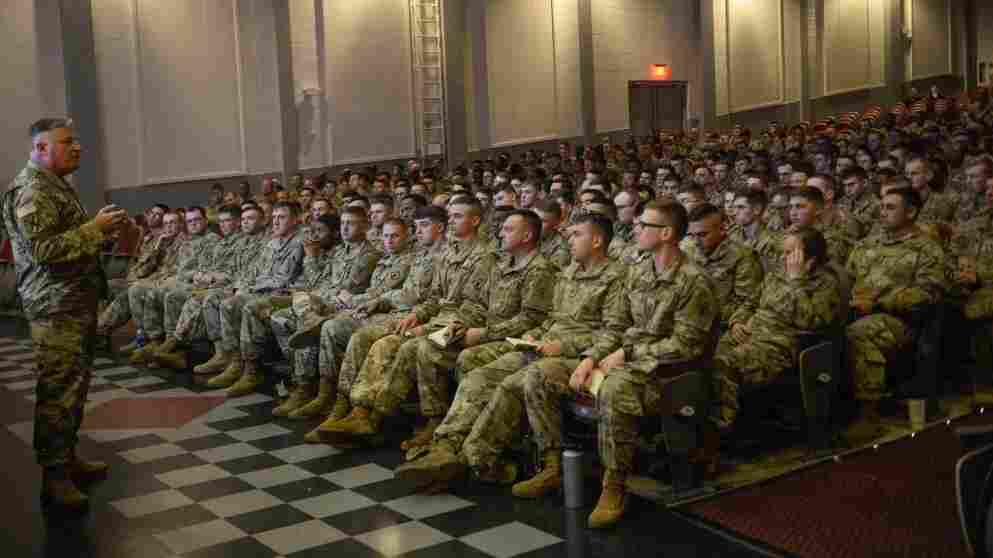 Members of the 89th Military Police and 541st Engineering Company, 19th Engineering Battalion at Fort Knox, Ky., are briefed upon arrival Wednesday at Lackland Air Force Base, Texas. They are among some 7,000 troops deploying to the U.S.-Mexican border. Senior Airman Alexandra Minor/Department of Defense hide caption 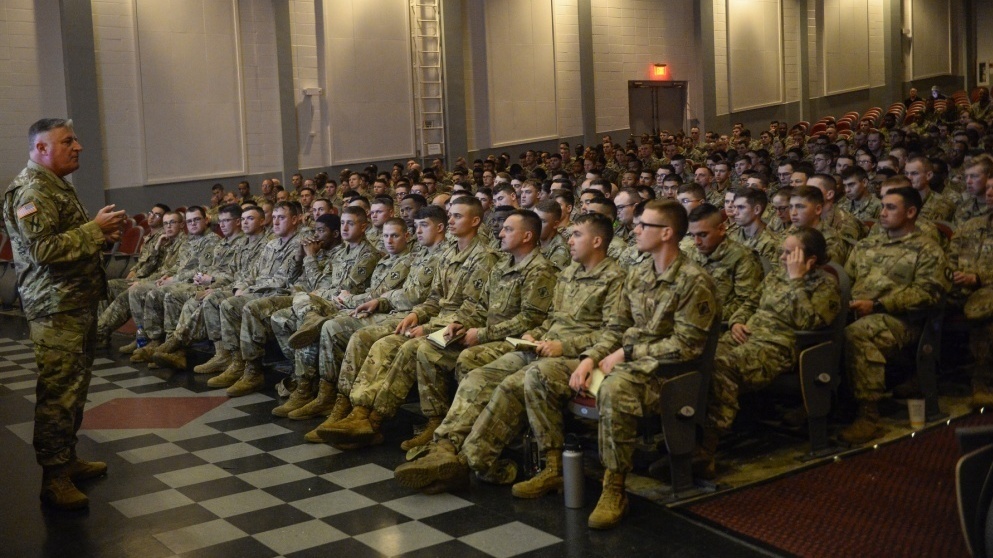 Members of the 89th Military Police and 541st Engineering Company, 19th Engineering Battalion at Fort Knox, Ky., are briefed upon arrival Wednesday at Lackland Air Force Base, Texas. They are among some 7,000 troops deploying to the U.S.-Mexican border.

President Trump responded to criticism on Friday that he seemed to endorse U.S. troops shooting at rock-throwing immigrants on the Southwest border.

Just one day earlier, when asked by a reporter if active duty soldiers being sent to the border with Mexico would fire on migrants seeking asylum, President Trump said he hoped not.

"But I will tell you this," he continued, "anybody throwing stones, rocks, like they did to Mexico – the Mexican military, Mexican police – where they badly hurt police and soldiers of Mexico, we will consider that a firearm, because there's not much difference when you get hit in the face with a rock."

"It violates rules of engagement for combat," tweeted Charlotte Clymer, who identified herself as an Army infantry veteran. Retired Army Gen. Martin Dempsey, who's the former chairman of the Joint Chiefs, tweeted that "a wasteful deployment of over-stretched Soldiers and Marines would be made much worse if they use force disproportional to the threat they face."

Trump's deployment of thousands of active-duty soldiers to the border has raised a number of questions about the possible use of deadly force at the border.

1. Will the up to 15,000 active duty troops being sent to the border be armed with guns?

Most of those being deployed in Operation Faithful Patriot, as the Pentagon has dubbed this massing of forces at the border, are to perform logistical or medical support for U.S. Customs and Border Protection personnel in the border region. It's not clear how many troops will carry weapons. But official statements suggest at least some of them will be armed.

"Decisions regarding arming of DoD personnel for self-defense purposes and related rules for the use of force," reads an Oct. 25, 2018 memorandum from the Department of Homeland Security to the Pentagon, "will be informed by the circumstances of their missions and made by the DoD...and in consultation with the CBP."

The memo, obtained by Newsweek, states that troops "may perform missions that require direct contact with migrants and/or the public," which "may require them to be armed."

DHS notes that arming such forces would be "at DoD's discretion."

"We have the authority given to us by (Defense) Secretary (Jim) Mattis," says Air Force Gen. Terrence O'Shaughnessy, who heads the U.S. Northern Command, which oversees all the active duty forces being deployed. "The units that are normally assigned weapons, they are, in fact, deploying with weapons."

2. Will these soldiers be confronting the migrants and asylum seekers?

The DHS memo strongly suggests troops may well come in contact with those trying to cross the border. A Nov. 1, 2018 statement from the U.S. Northern Command does as well. It describes Operation Faithful Patriot as meant to "enhance CBP's ability to impede or deny illegal crossings." Among the units it lists being mobilized to support DHS are a half dozen military police brigades, companies or battalions.

3. Aren't federal troops proscribed from being used domestically for purposes of law enforcement?

In most cases, yes. The 1878 Posse Comitatus Act, which was originally passed to prevent federal troops from policing voting in former Confederate states, restricts the use of the armed forces to enforce laws. But the Act also makes an exception for cases "expressly authorized by the Constitution or Act of Congress."

Under the president's constitutional power to quell domestic violence, either the active duty military or federalized National Guard reservists can be exempted from the law.

The only violence Trump has cited in justifying the militarization of the border is what he alleges took place along Mexico's border with Guatemala when the caravan of migrants confronted Mexican federal police at that border.

4. What rules will the active duty troops be operating under during their deployment to the border?

According to Gen. O'Shaughnessy, no special provisions will govern these forces.

"The U.S. military personnel that are going have very clear guidance that we've given them," he told reporters on Oct. 30. "It's the Standard Rules for the Use of Force."

Under the SRUF, as that code is known, the use of deadly force is justified "only when there is a reasonable belief that the subject of such force poses an imminent threat of death or serious bodily harm to a person."

That does not necessarily mean only when a gun is being pointed at a soldier.

"A subject may pose an imminent danger even if he or she is not at that very moment pointing a weapon at a person," the code stipulates, "if, for example, he or she has a weapon within reach or is running for cover carrying a weapon or running to a place where the DoD armed person has reason to believe a weapon is available."

5. Would throwing rocks be legally considered "an imminent threat of death or serious bodily harm?"

That question remains to be settled in a case currently pending before the U.S. Supreme Court. It involves the 2010 fatal shooting by a U.S. Border Patrol agent of a 16-year-old Mexican boy who the agent says was throwing rocks from the other side of the border. The wrongful death lawsuit brought by the boy's family against the agent has been dismissed by two lower courts.

The Nigerian army, which is accused by Amnesty International of killing at least 40 rock-throwing protesters on Monday, sought to defend its actions by showing a video clip of Trump warning that rock throwing would be considered using a firearm. "Please Watch and Make Your Deductions," the Nigerian army tweeted in a posting that was later taken down.