Accessibility links
Reimposing Sanctions Will Hasten End Of Iran Nuclear Deal, Some Experts Warn The Trump administration is poised to reimpose sanctions on Iran this Monday. Tehran has been abiding by the nuclear deal, but some warn that it could fall apart in the face of renewed sanctions. 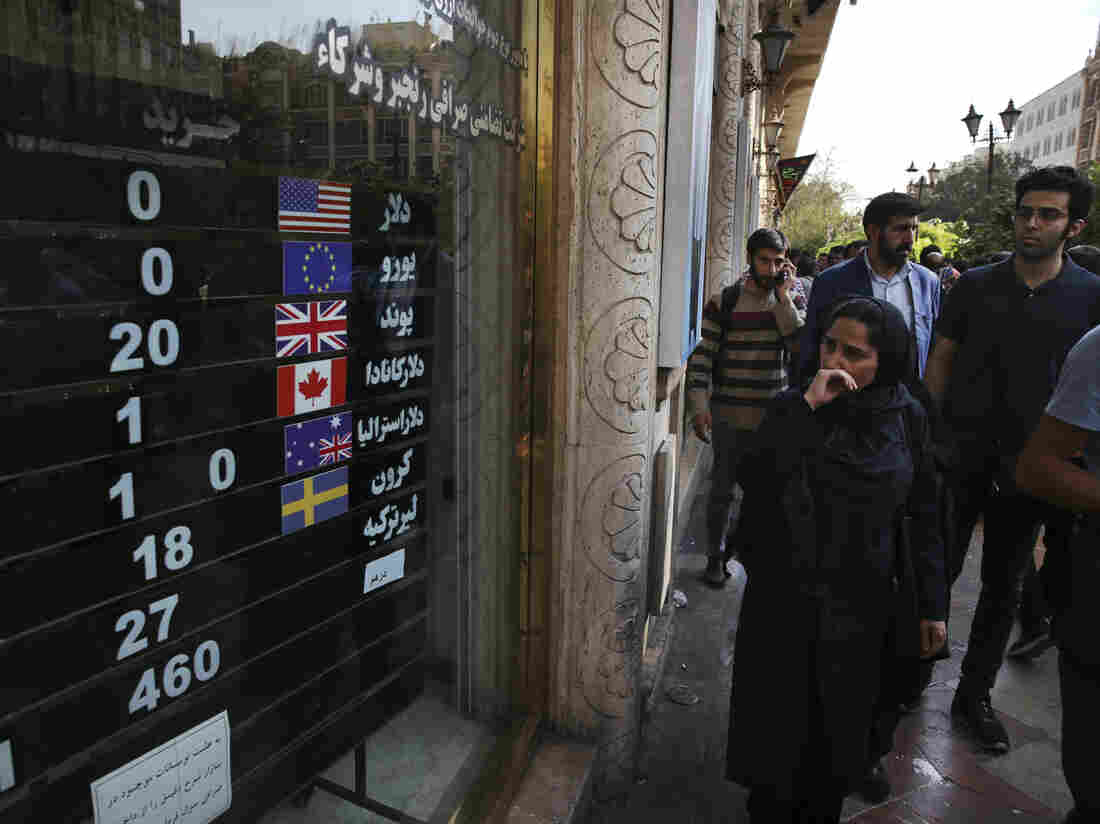 An exchange shop displays rates for various currencies in downtown Tehran last month. Iran is bracing for the restoration of U.S. sanctions on its vital oil industry set to take effect on Monday, as it grapples with an economic crisis that has sparked sporadic protests over rising prices, corruption and unemployment. Vahid Salemi/AP hide caption 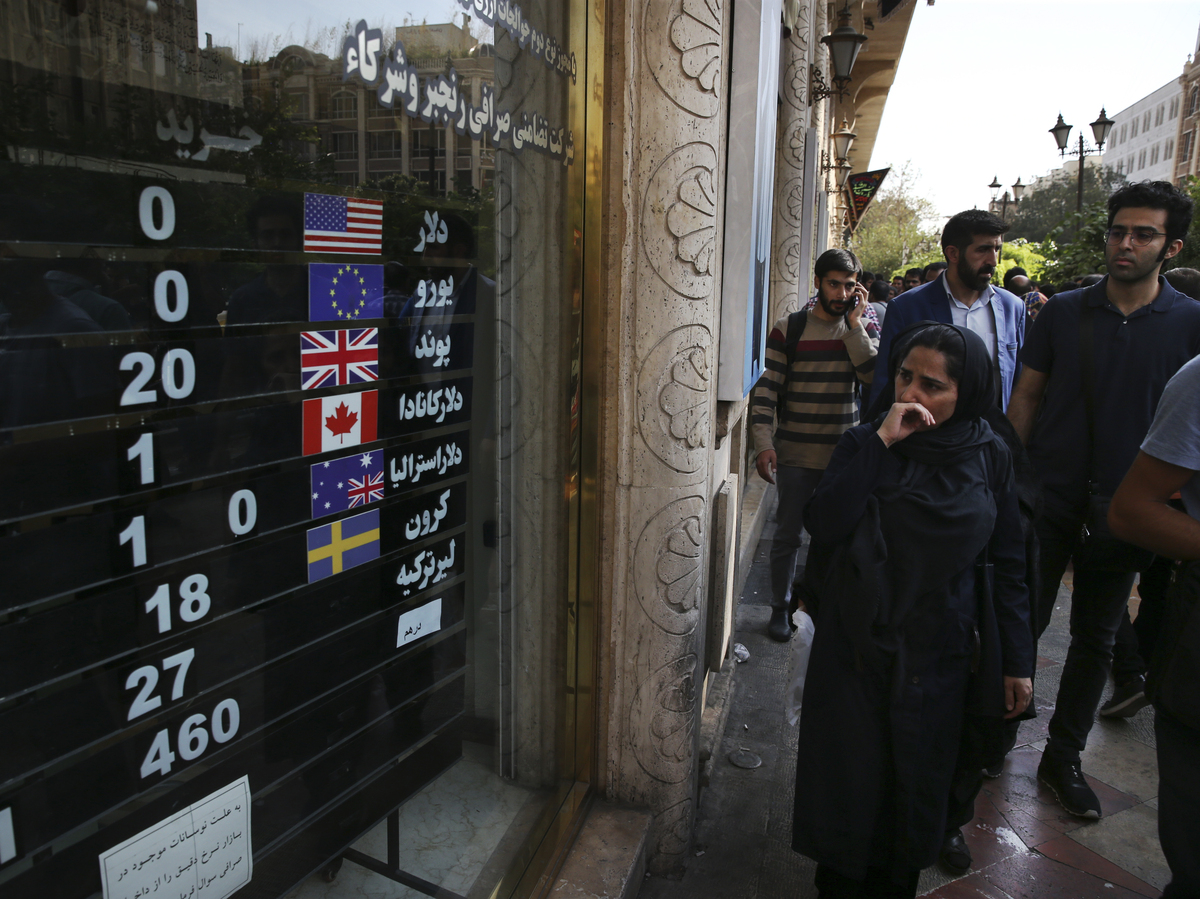 An exchange shop displays rates for various currencies in downtown Tehran last month. Iran is bracing for the restoration of U.S. sanctions on its vital oil industry set to take effect on Monday, as it grapples with an economic crisis that has sparked sporadic protests over rising prices, corruption and unemployment.

The Trump administration is imposing major sanctions on Iran, effectively ending America's participation in a nuclear deal it helped forge in 2015.

The new sanctions are the final step in President Trump's promise to extricate the U.S. from Iran nuclear deal, which lifted sanctions in exchange for limits on the country's nuclear program.

"The fact is that this was a horrible, one-sided deal that should have never ever been made," Trump said during his announcement withdrawing the U.S. from the deal in May.

The 2015 nuclear deal was designed to address a very specific problem. At the time, Iran had thousands of centrifuges in operation. It had enriched uranium up to 20 percent, far above the level required for a commercial nuclear reactor. Taken together, Hinderstein says, Iran was getting perilously close to developing a nuclear bomb.

"They would have been able to produce enough of the material, the highly enriched uranium for a nuclear weapon, in a matter of weeks," says Hinderstein, who helped to negotiate the deal as part of the Obama administration.

So in exchange for surrendering enriched uranium, shelving equipment and opening up to inspections, the deal lifted sanctions. The U.S. wasn't alone — Europe, Russia and China were all part of the deal.

"I believe that this deal was the best deal we could have gotten at the time," Hinderstein says.

Not everyone agrees with that assessment.

"I think that it had flaws that were known from the very beginning," says Olli Heinonen, a former weapons inspector now at the conservative Foundation for Defense of Democracies.

Under the deal, some of the restrictions on Iran's enrichment activities are only temporary. And the deal entirely ignores Iran's efforts to build powerful missiles that could deliver nuclear weapons.

"It's also important to have the delivery vehicle as part of your verification system," Heinonen says.

The Trump administration's complaints about the deal go further still. It has a dozen issues it wants resolved, only four of which relate to the nuclear program. The rest have to do with things like sponsoring terrorism and supporting groups opposed to U.S. interests in the region.

Until all these issues are dealt with, the sanctions are back on — though on Friday, the U.S. said it would grant temporary waivers to eight countries buying oil from Iran, including India, Japan and South Korea.

Secretary of State Mike Pompeo described re-imposition of the sanctions Friday as a policy of "maximum pressure" designed to bring Iran back to the table. And Heinonen believes it may be possible to come up with another more comprehensive plan. "I think the Iranians will agree to negotiate another deal, it's in their interest," he says.

But Hinderstein and others aren't so sure. Until now, Iran has been holding up its end of the bargain by allowing in inspectors and curtailing research. But that was with the expectation of economic benefits. Now, even companies in countries that are part of the deal will be unable to do business in the U.S. if they're doing business with Iran without a waiver.

The Trump administration is counting on its pressure policy to bring Iran back to the table. But Hinderstein says that, with the international community divided, "I see no hope of a better deal on the horizon."