Accessibility links
Not My Job: We Quiz 'Crazy Rich Asians' Writer Kevin Kwan On Crazy Itch Reasons Kwan was born into a wealthy family in Singapore, and when he moved to the U.S. at age 11, he thought nobody would believe the world he grew up in — so he wrote a novel about it. 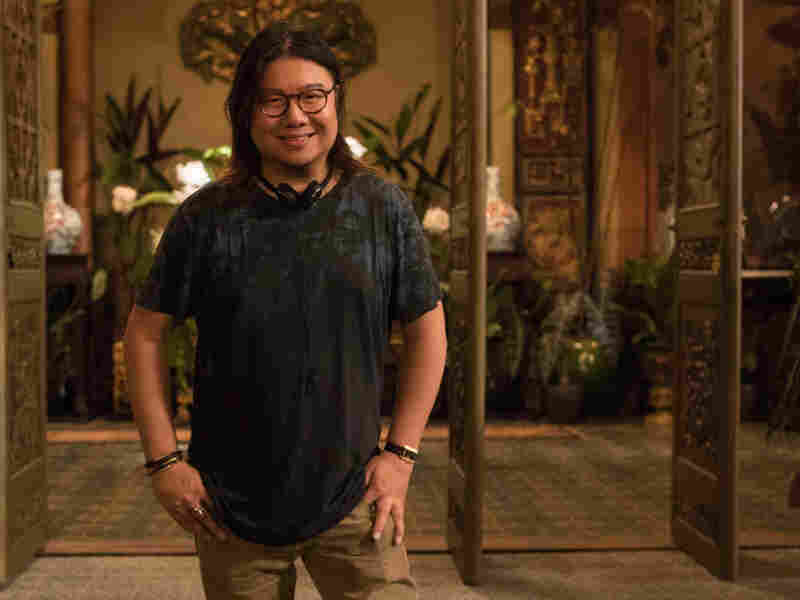 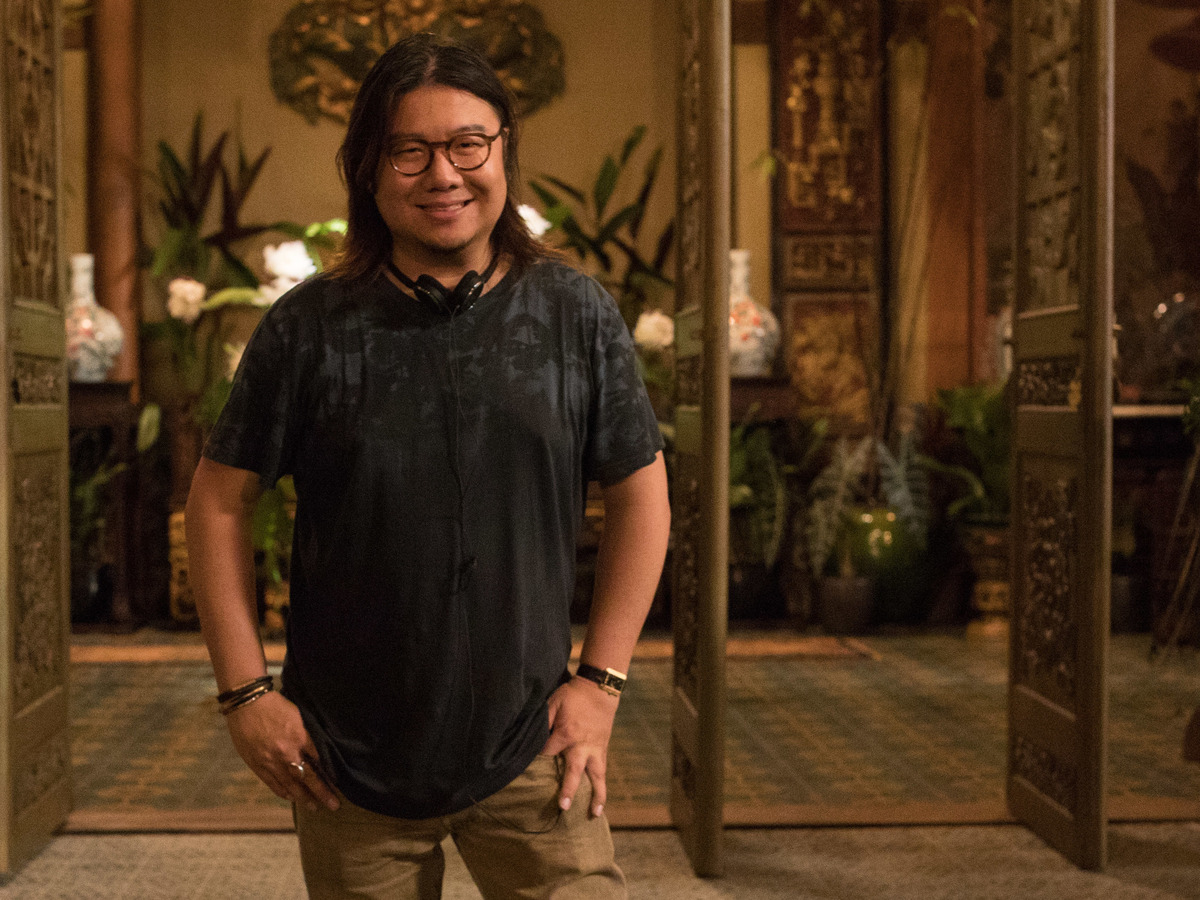 Kevin Kwan was born into a wealthy family in Singapore, and when he moved to the U.S. at age 11, he thought nobody would believe the world he grew up in — so he wrote a novel about it. He called it Crazy Rich Asians, and it spawned two sequels and a very successful movie adaptation.

And now the game where people who've come a long way are introduced to things they missed on the way there. It's called Not My Job. Kevin Kwan was born to a wealthy family in Singapore, and once he moved to the United States, he realized nobody would believe the world he grew up in. So he wrote a novel about it called "Crazy Rich Asians," and people loved it. The book has spawned two sequels and a very successful movie just this year. Kevin Kwan, welcome to WAIT WAIT... DON'T TELL ME.

KEVIN KWAN: Great to be here.

SAGAL: So I have - I've been, like, knee-deep in your world all week, and it's delightful. But for the few people who have not either read your books or seen the movie, could you briefly describe the milieu that you write about?

KWAN: You know? It's - the first novel is set in Singapore...

KWAN: ...Which - you know, the tiny island with the most millionaires in the world. And it's really about the clash between old money and new money and what happens when a very innocent girl from New York goes to spend the summer holidays with her boyfriend and doesn't realize he's basically the Prince Harry of Singapore.

SAGAL: Yeah. And it's - what's amazing - I mean, the book is funny and charming, and I can't wait to find out what happens and all that good stuff. But it describes things that I simply cannot believe but I'm told are all true. Is that - that all of the details of how these people live, is it's all drawn from memories and real life?

KWAN: Some stuff I have to actually tone down.

SAGAL: So, like, for example, the woman who's depressed, and she goes out and buys a million dollars' worth of jewelry.

KWAN: That was toned down. She actually spent a lot more money than that.

SAGAL: ...With its own yoga studio?

SAGAL: And if you happen to be in your private jet, you're not going to wait until you land. So this book was written about the people you knew growing up. Have those people read the book or seen the movie? And, if so, what do they think of it?

KWAN: I think a lot of them have. And I think the reaction has been overwhelmingly positive. Of course, the ones that don't like it haven't told me.

HONG: How Asian of them.

KWAN: You know, I think it's a good sign when - you know, when people start claiming they're characters in my book.

KWAN: You know, exactly. So, you know, before the movie was even made, the producers went to Singapore for a scouting trip, and they met about 20 people that claimed to be one person based on the book, you know.

SAGAL: And have you told that person? Does the person on whom it's really based on know?

KWAN: Can I plead the Fifth?

KWAN: You absolutely can. I was reading about you, and it says that after growing up in this rather, shall we say, privileged way in Singapore, you moved to the states, and it was a weird kind of transition for you as a child. Is that right?

KWAN: It was totally weird, and, yeah, absolutely fantastic, actually. You know, I had to learn how to mow a lawn.

SAGAL: Because back in Singapore, you didn't have a lawn, and you had - if you did, you had servants to mow it.

KWAN: There were people who took care of the lawns, yeah.

SAGAL: Well, that's one of the things that I love about the book is that these people all look down on Americans.

KWAN: Absolutely. I mean, it's been the story of my life. You know, I moved here when I was 11 years old, got two college degrees from American universities, and I get no respect from my relatives back in Singapore.

SAGAL: Right. Because what have you done with your life?

HONG: So what earns their respect?

KWAN: If it's not Oxford, they don't care about it.

KWAN: I then Harvard might just as well be, you know, just a correspondence university you do online.

SAGAL: But if, in fact, your relatives - I mean because - and you do write about that quite hilariously but I believe accurately about what these families expect of their children - having disappointed them so gravely by, you know, getting two degrees and living in New York and being successful, did becoming a massively best-selling author and the progenitor of a really successful film - did that help at all in their eyes?

KWAN: Not at all.

KWAN: Not at all. I think my mom is still praying that I go to law school, you know, and get a real job.

HONG: Do you feel like you are as American as you are Chinese?

KWAN: ...So that's, you know, more than 30 years now. In fact, my Chinese relatives would say that I'm much more American than I am Chinese.

HONG: For sure, yeah.

HONG: It's so funny how similar the - all the East Asian cultures are. Like, when I go back to Korea, my relatives are aghast that I still have my old nose.

KWAN: But I've dealt with that.

SAGAL: And I have to - one of the things that runs through the book is there are a lot of brand names. These people are very attuned to brands. Is that something you had to research, or did you just know?

KWAN: It wasn't so much research as I was really trying to capture this world, and in this world, you know, I find that people are name-dropping brands a mile a minute...

KWAN: So whenever I would go visit, you know, cousins in Hong Kong, they wanted - they would literally, like, yank at my shirt to see the label, you know? They'd want to know what - who made my shoes and this and that. And, you know, it was - it's just very liberal sprinkling of brand names through everyday conversation.

HONG: Kevin, have you heard of this crazy trend amongst Chinese wealthy people of this, like, Instagram pose where they fall out of their car, and, like, all these, like, really expensive things are falling out of their purse?

KWAN: That was last week's trend, wasn't it?

FAITH SALIE: So, Kevin, if you fell out of a taxi in New York, what would we see? What would we catch on the streets splayed all around you?

KWAN: Probably my bagel, you know, and the cream cheese.

SAGAL: Well, Kevin Kwan, it is a pleasure to talk to you. We've invited you here to play a game we're calling...

BURKE: ...But it's not going to get any better than that.

SAGAL: It's downhill from here. You wrote "Crazy Rich Asians." We thought we'd ask you about strange things that cause people to itch - crazy...

SAGAL: ...Itch reasons. Get two right, you win a prize for one of our listeners - the voice of their choice on their voicemail. Bill, who is Kevin Kwan playing for?

SAGAL: ...Your first question. Allergies, as you know, are a pain, but they can be useful if you need an excuse. You can credibly claim, according to science, that you are allergic to what - A, exercise; B, homework; or C, picking up the check?

SAGAL: You're going to go with A, exercise.

SAGAL: ...Have an allergy to exertion. They get hives. So just stay on the couch - better be safe.

SAGAL: All right, next question, Kevin. Poison ivy is, of course, a terrible cause of itching, but it has practical uses such as which of these - A, ultramarathoners chewing it to use the misery in their mouth to distract them from all their other miseries...

SAGAL: ...B, Calvin Klein plants it around his $75 million Hamptons mansion to keep tourists away; or, C, certain beauty experts recommend rubbing it on the cheeks instead of rouge?

KWAN: Oh, wow. Since I love going to the Hamptons, and I think Calvin Klein's a great designer, I'm going to go with that answer...

SAGAL: If you approach Calvin Klein's new mansion, you'll see signs warning you of poison ivy planted around the windows.

KWAN: That is incredible.

SAGAL: Right. I was about to say the Hamptons...

SAGAL: ...Must seem like the slum compared to Singapore.

SAGAL: One of - last question - one of the worst causes of itching is mosquitoes. One study proves you can prevent getting bitten by doing what - A, covering yourself in fleas, which are a huge turnoff for mosquitoes; B, putting Limburger cheese nearby - it attracts them because it smells like human feet; or C, just biting the mosquitoes first?

KWAN: I should call up Murray's Cheese Shop in New York and see if they have any advice for me on that one. Let's see. I'm going to go with B, the cheese.

SAGAL: Try that at your next picnic.

KWAN: This is the first test I've ever passed, quite frankly...

SAGAL: I wonder if your Chinese family will finally be proud.

SAGAL: Bill, how did Kevin Kwan do on our quiz?

KURTIS: Kevin hit the trifecta - all three right. You're a champ.

Kevin Kwan, thank you so much for joining us on WAIT WAIT... DONT TELL ME.

THE COASTERS: (Singing) You'll be scratching like a hound the minute you start to mess around. Poison ivy...