Kehinde Wiley paints black men and women in poses once associated with white aristocrats. He says he's claiming space in the art museum for people who have not always felt welcome there.

Read This Story — And See The Artwork — On St. Louis Public Radio 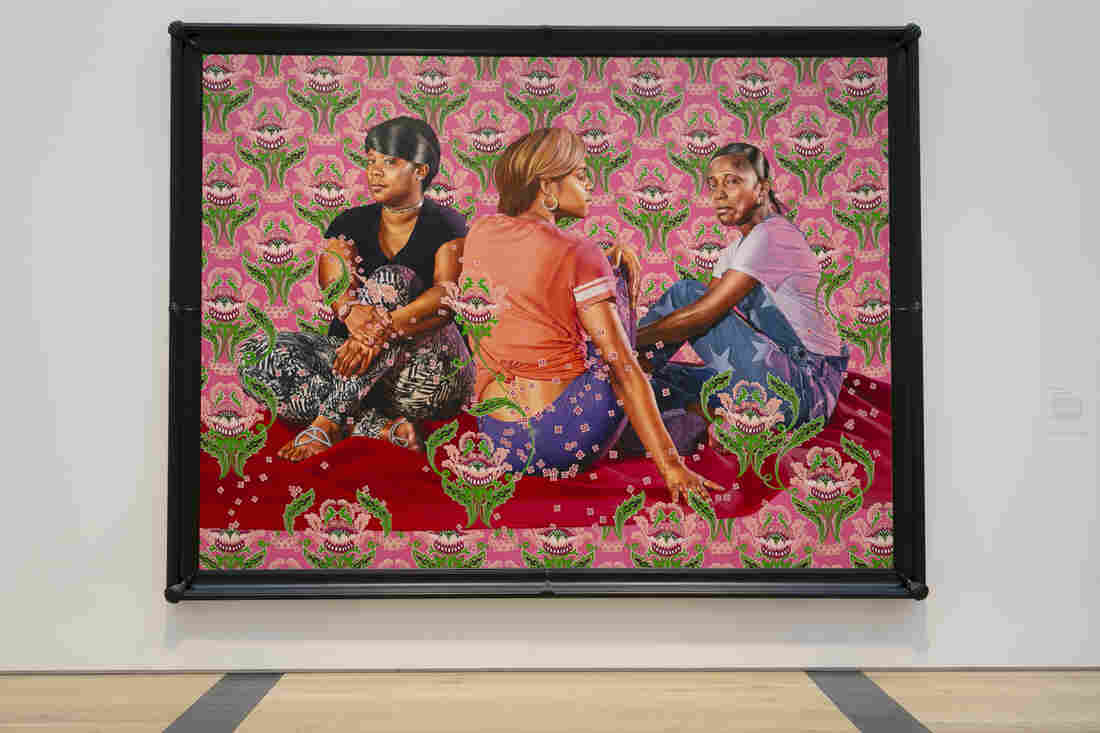 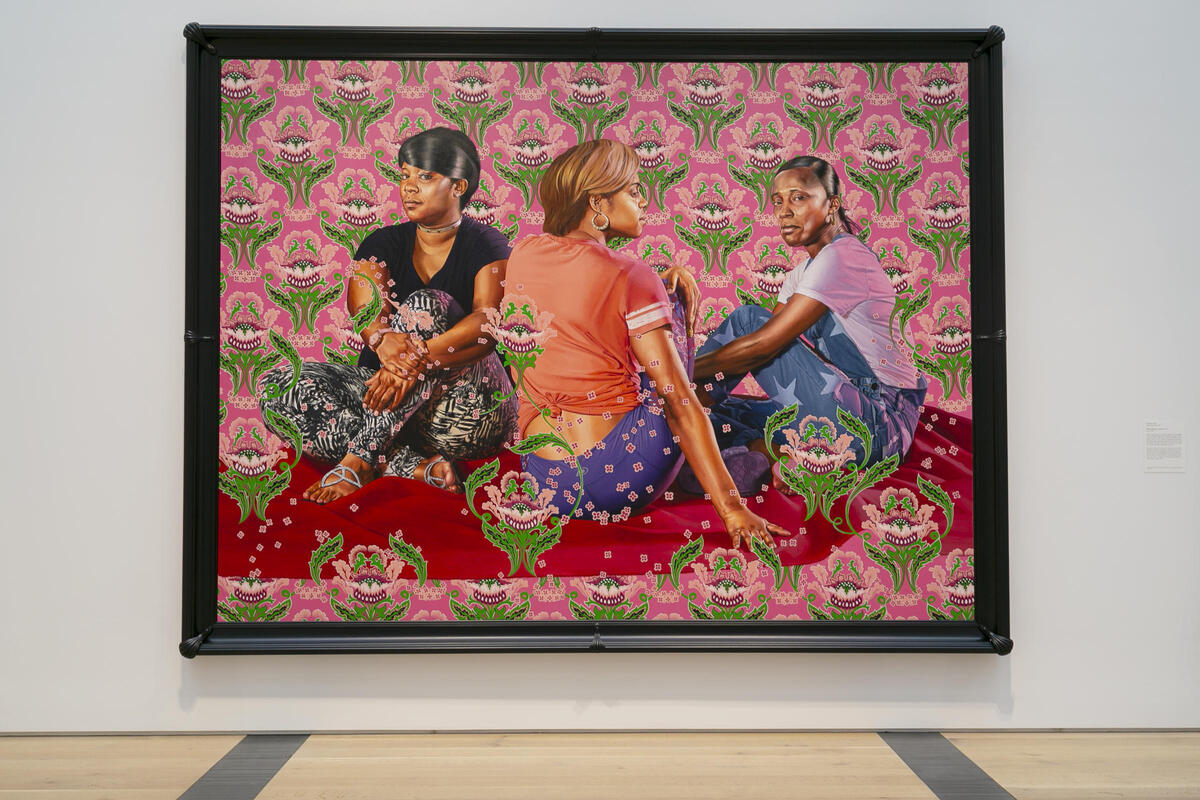 Outside of fine art circles, the painter Kehinde Wiley may be best known for his portrait of former President Barack Obama on display at the National Portrait Gallery since last February. His new show features portraits of the not-so-famous residents of St. Louis and Ferguson, Mo. Ferguson, you'll likely recall, was where Michael Brown was killed by a white police officer in 2014. His death and the protests that followed put the country's racial divide back in the spotlight. St. Louis Public Radio's Jeremy Goodwin has the story.

JEREMY GOODWIN, BYLINE: It's early evening on a Friday, and two rooms at St. Louis Art Museum are packed with people here to see Kehinde Wiley's newest work. Twenty-eight-year-old Shontay Haynes is gazing up at one of the paintings. It's a portrait - of her.

SHONTAY HAYNES: It's amazing. It's so beautiful. I'm going to cry, but I'm trying to hold it in. I see myself. I'm beautiful.

GOODWIN: Like all of the paintings in the show, the portrait of Haynes makes a visual reference to another work of art at this museum. She strikes a pose borrowed from Francesco Salviati's 16th-century painting "Portrait Of A Florentine Nobleman." Haynes looks out from the canvas with calm confidence, standing in platform heels with one hand folded lightly against her hip. Kehinde Wiley paints black men and women exclusively in stylized portraits that often use poses found in great works of art from the past, poses originally struck by white aristocrats.

KEHINDE WILEY: Far too often, the portrait of young black men that we see in this country is seen through the rubric of a mug shot. What I wanted to do was to place young black and brown bodies in a beautiful light, a resplendent, almost religious light.

GOODWIN: Wiley found his latest painting subjects at spots like the Ferguson barbershop where Michael Brown got his haircut and pizza places in neighboring north St. Louis, a predominantly African-American area in a highly segregated city. St. Louis Art Museum is a source of civic pride here. It's 1 of 5 attractions in Forest Park that are all supported by tax dollars and offer free admission. Yet, in a city where African-Americans outnumber whites, only about 10 percent of the art museum's visitors are black. Wiley says he's claiming space on the walls for folks who may not feel like they belong there.

WILEY: There's something really wonderful about being able to walk into a hallowed institution like this and see people who look like you. It makes you feel immediately at home and as though this conversation included you.

GOODWIN: There are many black and brown faces at the exhibition opening. Portrait subject Brincel Ka’peli Wiggins is thrilled by his painting. When Wiley arrives and asks him what he thinks, Wiggins' energy is infectious.

WILEY: What do you think?

BRINCEL KA’PELI WIGGINS: You worked some magic. You're a genius.

WIGGINS: You bring it, brother. Thank you. Oh, brother.

GOODWIN: The Wiggins portrait takes a pose from a 17th-century work that hangs upstairs. But while Dutch painter Gerard ter Borch’s subject wore a dark military uniform, Wigginsa wears an open sportcoat and a black baseball cap with the word Ferguson. Wiggins hopes museum visitors who only know about Ferguson from Michael Brown's death and the aftermath get a different feeling about his hometown.

WIGGINS: The community been through a lot. And the light that they shining on us in Ferguson, like all the negativity, it kind of just shows you some positivity in everything. The rain don't last forever.

GOODWIN: Some of these portrait subjects are regular visitors to the museum. Others, like Shontay Haynes, hadn't been there since they were children on school trips. But Haynes says she'll be back soon. She can't wait to return with her kids and show them the beautiful portrait of their mother on the wall. For NPR News, I'm Jeremy Goodwin in St. Louis.