Accessibility links
Behind The Real Sex And Love Addiction In The Musical Film 'Unlovable' The new movie stars Charlene deGuzman as a woman finding her way back from rock bottom. It's somewhat comedic, but also based on her own condition and recovery. 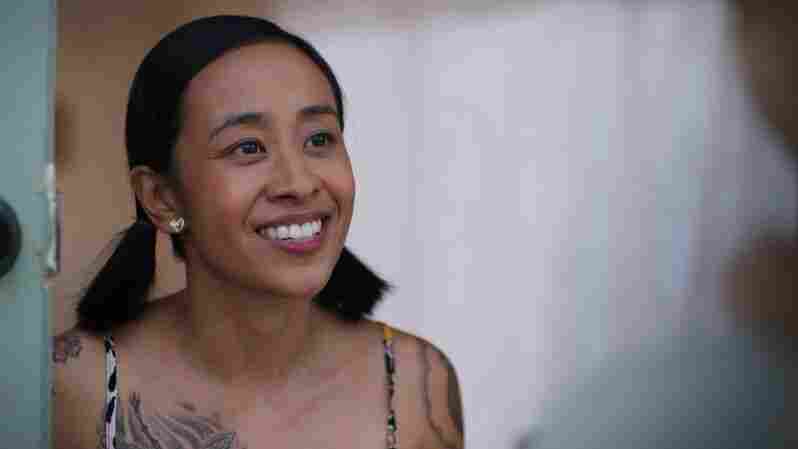 Charlene deGuzman plays the lead character Joy in Unlovable, which is loosely based on her own experience with sex and love addiction. Courtesy of Orion Classics hide caption 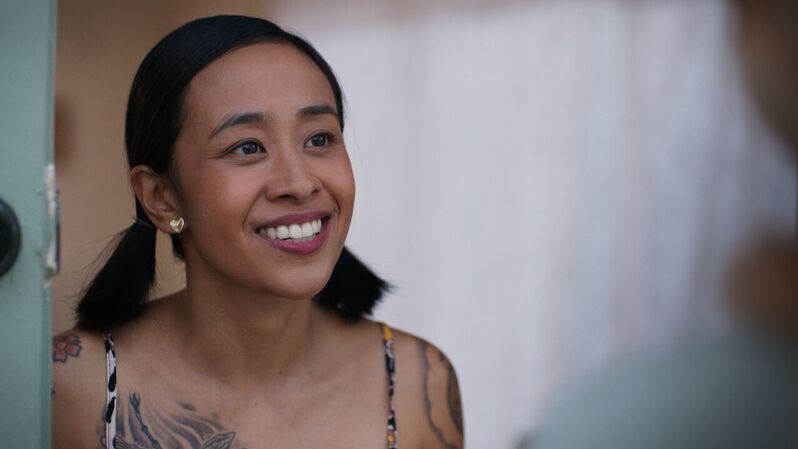 Charlene deGuzman plays the lead character Joy in Unlovable, which is loosely based on her own experience with sex and love addiction.

In the new film Unlovable, we witness the character Joy hit rock bottom because of an addiction to sex and love.

Help comes in the form of a support group, and an unlikely friendship where Joy learns to stop having unhealthy sex and starts making music. The movie's original songs are written by John Hawkes, who plays the character Jim.

Charlene deGuzman stars as Joy, and also co-wrote the script. It's based loosely on her own struggles with sex and love addiction (which, she points out, is different than sex addiction).

"You know, I was always a love addict for sure ever since I was even little," deGuzman says.

In an interview, she says she had her first boyfriend at 13, and jumped from relationship to relationship until she got into recovery when she was 30 years old. As you might expect, this conversation involves adult subject matter.

On the event that got her to seek help, a relapse with an ex-boyfriend who then ghosted her

I almost killed myself that day, because I didn't want to live anymore. I could not believe that I was here, yet again, with an unavailable person, unable to leave, my whole life revolving around this person. In that moment, on that day when I was about to kill myself, he eventually called back. And just seeing his name and his picture on my phone, I felt the pain leave my body immediately — like, it felt like a drug. And it was that moment that I realized that I was truly sick and I needed to get help.

On her parents' reaction to her condition

So I come from a family that doesn't really talk about anything, you know, let alone sex. My parents emigrated here from the Philippines, and we were very Catholic, and, you know, everything was very hush-hush. You didn't really even feel your feelings or express your feelings, let alone talk about them. So it was very difficult for me to start sharing my story. I think even talking about, you know, how this came about, in terms of my experiences when I was a child, my trauma — that was really hard for people to hear, I think.

On the character Joy witnessing her father watch pornography

On her own path to sobriety

When I, you know, got sober from my ex, and sex and romance, I didn't know who I was. I didn't know what I liked to do. I didn't know what made me happy. So I really had to explore and see what I liked to do. And I actually made a list of things that I always wanted to do, and I started exploring, you know. I went to puppet school. I tried pilates and yoga and hiking and all of these different things. And I found all of these things that I loved to do and made me happy. And it really helped me get through. And the thing that really got me through was creativity.

On how her recovery is coming

It's an ongoing journey. But once I was sober for about a year and a half, I did need to learn how to date and involve myself with other people, with healthy intimacy again. And so I did a healthy dating plan, which was essentially going very slow and learning how to get to know someone and go really slow until having sex with them and committing to them. And so I dated a few people, but then I eventually met my current partner, who, we've been together for 2 1/2 years now.

On her advice for others struggling with this addiction

You know, it affects men and women very equally. And I would just say that there is help and hope available. It's taking that courage to ask for help. Because you can't do it alone, and you're not alone. And that love has to come from you first. And I really used to be in a place where I hated myself so much, and I swore to it that I hated myself. And to be in a place now where I can confidently say that I love myself and I choose myself first, it really is a miracle. And I really gotta say if I can do it, anybody can do it.

Chad Campbell and Viet Le produced and edited this interview for broadcast. Patrick Jarenwattananon adapted it for the Web.