Accessibility links
A Utah Town Remembers Its Mayor, Killed In Action In Afghanistan Major Brent Taylor was hailed as a true "citizen soldier," serving both the community of North Ogden and deploying with the Utah National Guard. 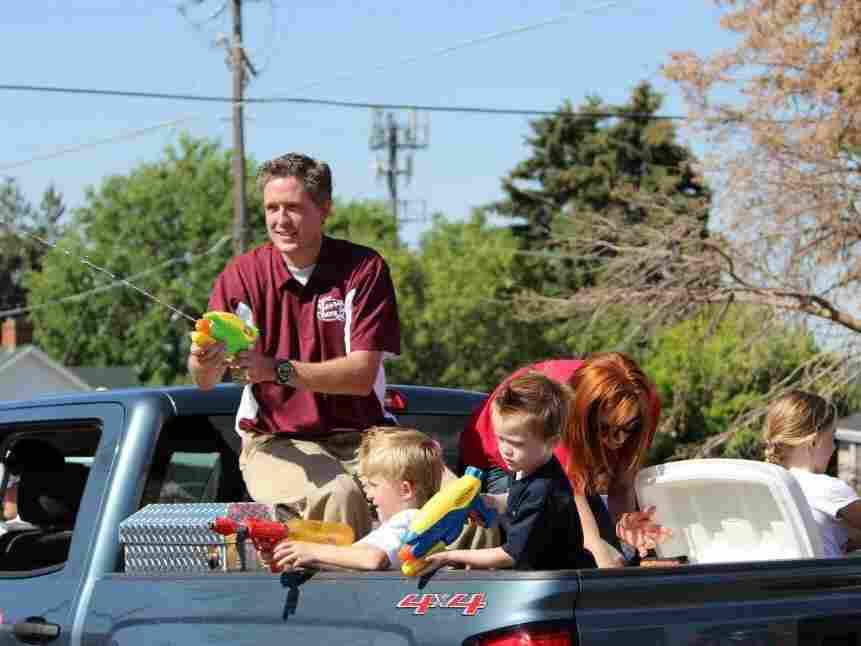 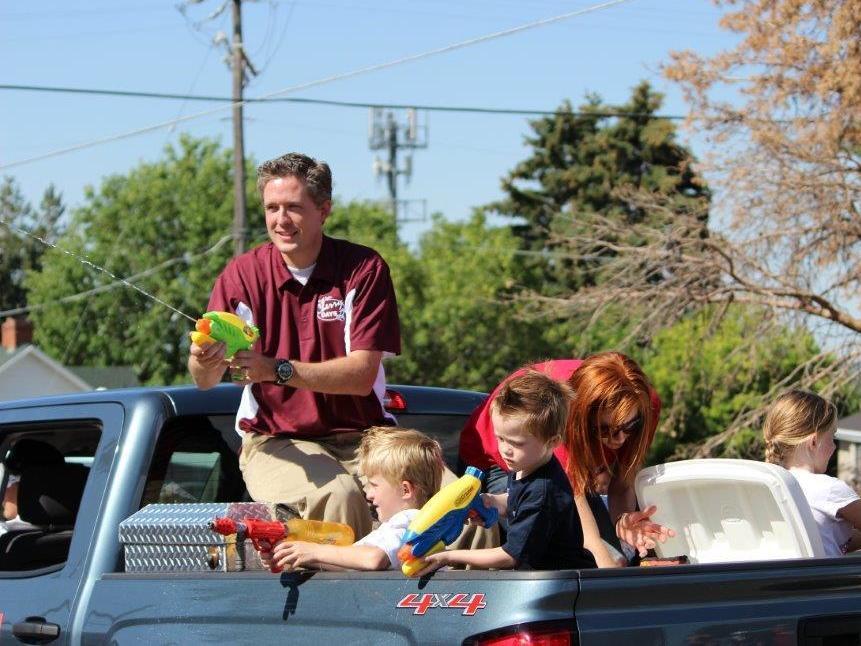 Major Brent Taylor of the Utah National Guard was killed in Afghanistan on Saturday. He was also the mayor of North Ogden, Utah. Taylor is seen here with his family in a July 4 parade in 2014.

A U.S. soldier was killed Saturday in Kabul, Afghanistan, in what authorities are calling an insider attack. The soldier was Major Brent Taylor, and he was both an officer in the Utah National Guard and the mayor of North Ogden, Utah.

Taylor, 39, had been the town's mayor since 2013, and a member of the city council before that. North Ogden is a town of about 19,000 people, a bedroom community 40 miles north of Salt Lake City.

"Brent Taylor was a dynamic individual," said Brent Chugg, who has served as North Ogden's temporary mayor during Taylor's deployment. "Very forward-thinking. He accomplished great things for our city." 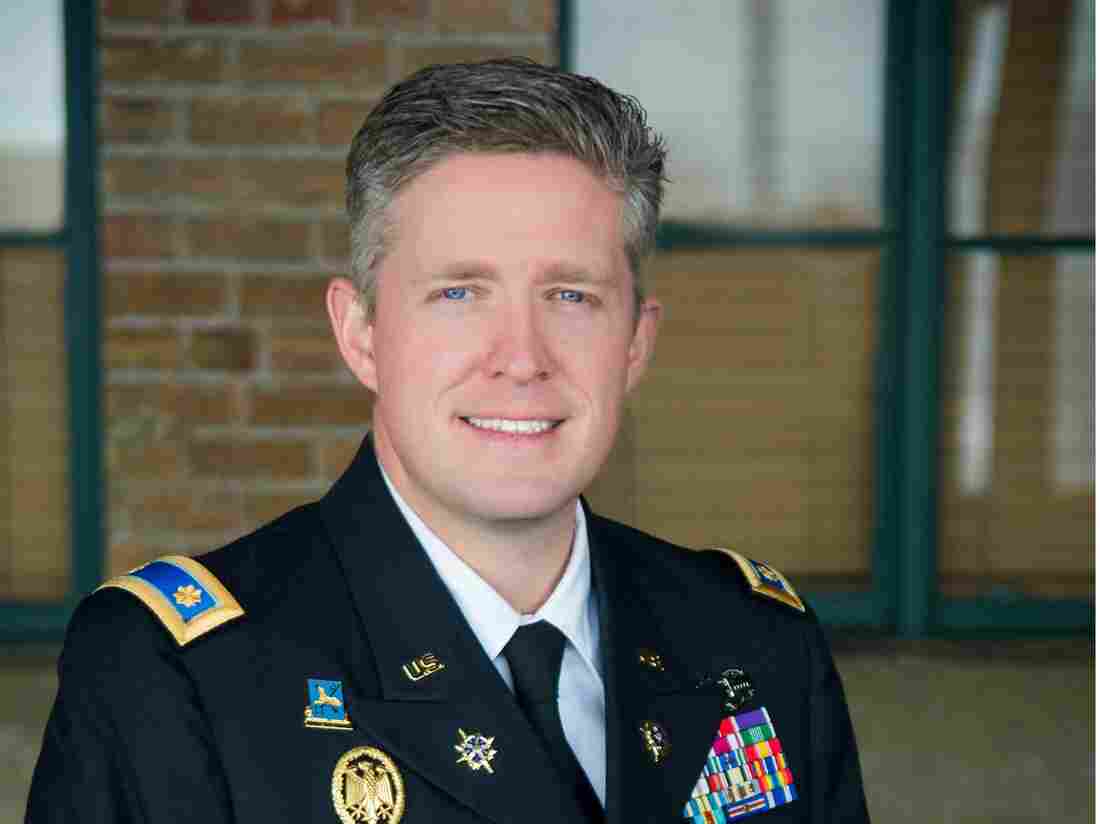 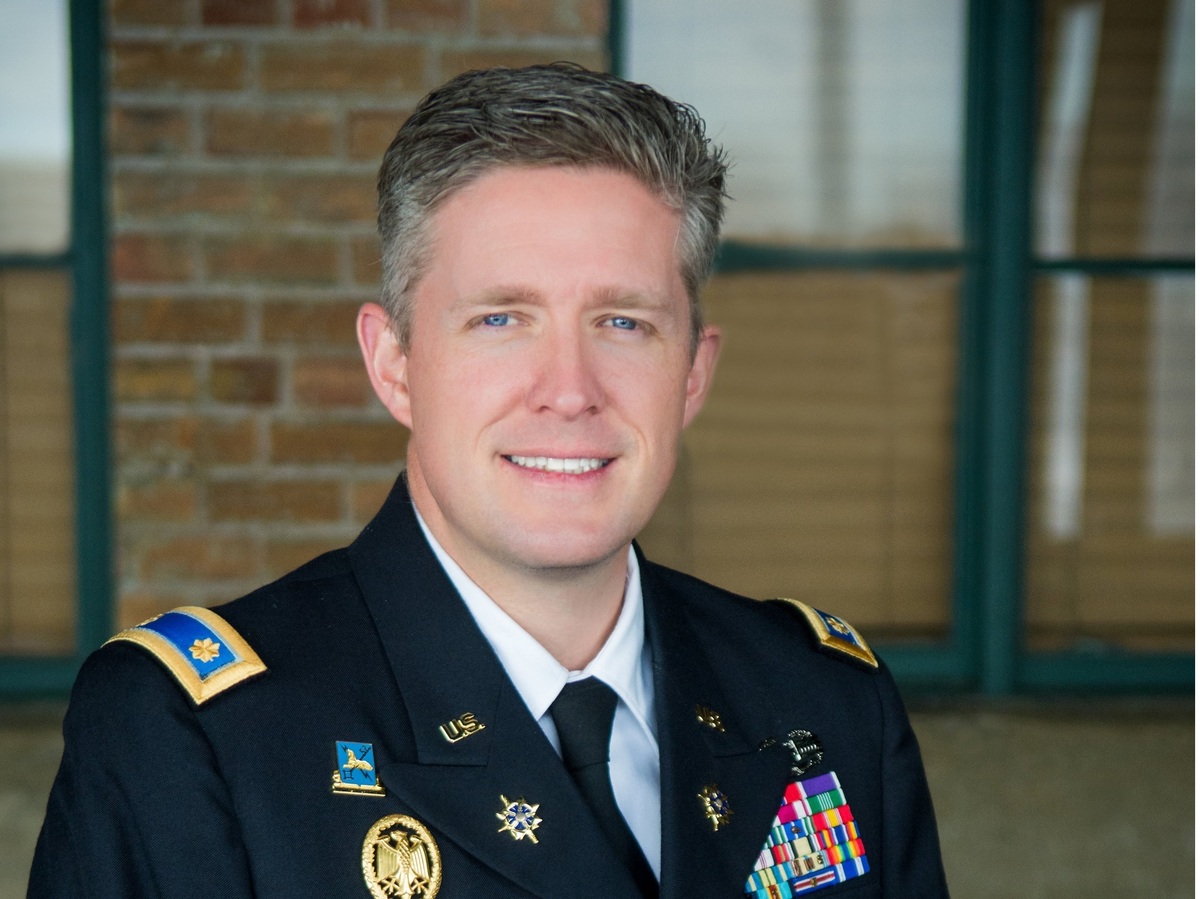 Taylor was a longtime member of the Utah National Guard, and in January, he was deployed to Afghanistan. He had served an earlier tour there as a combat adviser to the Afghan Border Police, and completed two tours in Iraq.

Chugg told NPR that he was devastated to learn yesterday that Taylor had been killed. "I've been trying to fill in for him while he's been gone as mayor, and he has big shoes to fill."

When Taylor left Utah for Afghanistan, North Ogden schoolchildren lined the streets and cheered for him as he waved from a motorcade.

The U.S. Army says that Taylor was shot by a member of the Afghan military, who was then immediately killed by other Afghan forces. Taylor had been supporting special operations forces in the region. Another service member, who has not been named, was wounded in the attack.

Taylor is the 38th U.S. military member killed in action in Afghanistan since the beginning of 2015. Since October 2001, 2,270 U.S. service members have died there.

Chugg said that townspeople are reeling from the mayor's death.

"They love the man. He is well-liked by everyone in North Ogden and everybody loves his family," he said. "He was a man of faith, very devoted to his church. Was devoted to his position in the city. He accomplished some great projects here. ... I just can't say enough good enough about him. A great friend."

Other Utah politicians shared their sorrow about the news.

"I'm struggling for words," Utah Lt. Gov. Spencer Cox wrote on Twitter. "I love Mayor Taylor, his amazing wife Jennie and his 7 sweet kids. Utah weeps for them today. This war has once again cost us the best blood of a generation. We must rally around his family. Thank you for your sacrifice my friend."

Heartbroken with the tragic news of Major Brent Taylor’s death by gunfire in Afghanistan; a father of 7 small children, a city mayor, and a proud member of the Army National Guard. Another unmeasurable price is paid for freedom. https://t.co/V7scNBDJ3X

In a press conference Sunday, Major General Jefferson Burton, who leads the Utah National Guard, said that Taylor had been training members of the Afghan army.

"He was with folks he was helping and training. That's what's so painful about this. It's bitter," Burton said, according to The Associated Press. "I do believe that Major Taylor felt he was among friends, with people he was working with."

"For me personally, Brent typified the citizen soldier, who served so diligently in his community — as well as felt this call to wear a uniform and serve wherever the nation needed him to go," Burton said. "He's a heavy loss for us, and will be missed."

In a speech last year for Veteran's Day, Taylor listed a number of contributions the U.S. has made to the world. Chief among them: democracy. He thanked the veterans of North Ogden who were gathered there.

"The sacrifices of you and so many of your comrades," Taylor said, "have made it possible for America to be a source of light, scientific growth, and human progress throughout its entire history. I thank you, and I pray always that God will bless America."

Taylor was supposed to return home and resume his post as mayor in January.