Accessibility links
2018 Elections: A 'Life And Death' Situation For Democrats If Democrats fail to take back the House and make significant gains at the state level, they'll be shut out just as they were in 2016, with little say in legislation and judicial appointments. 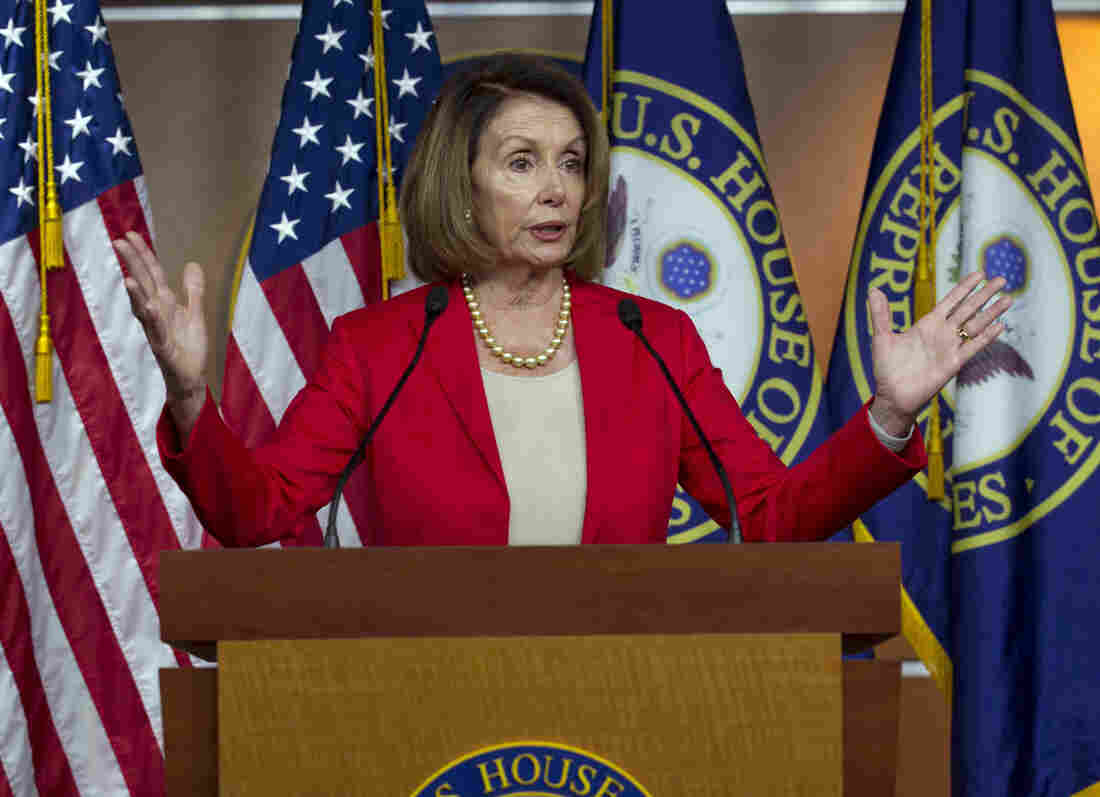 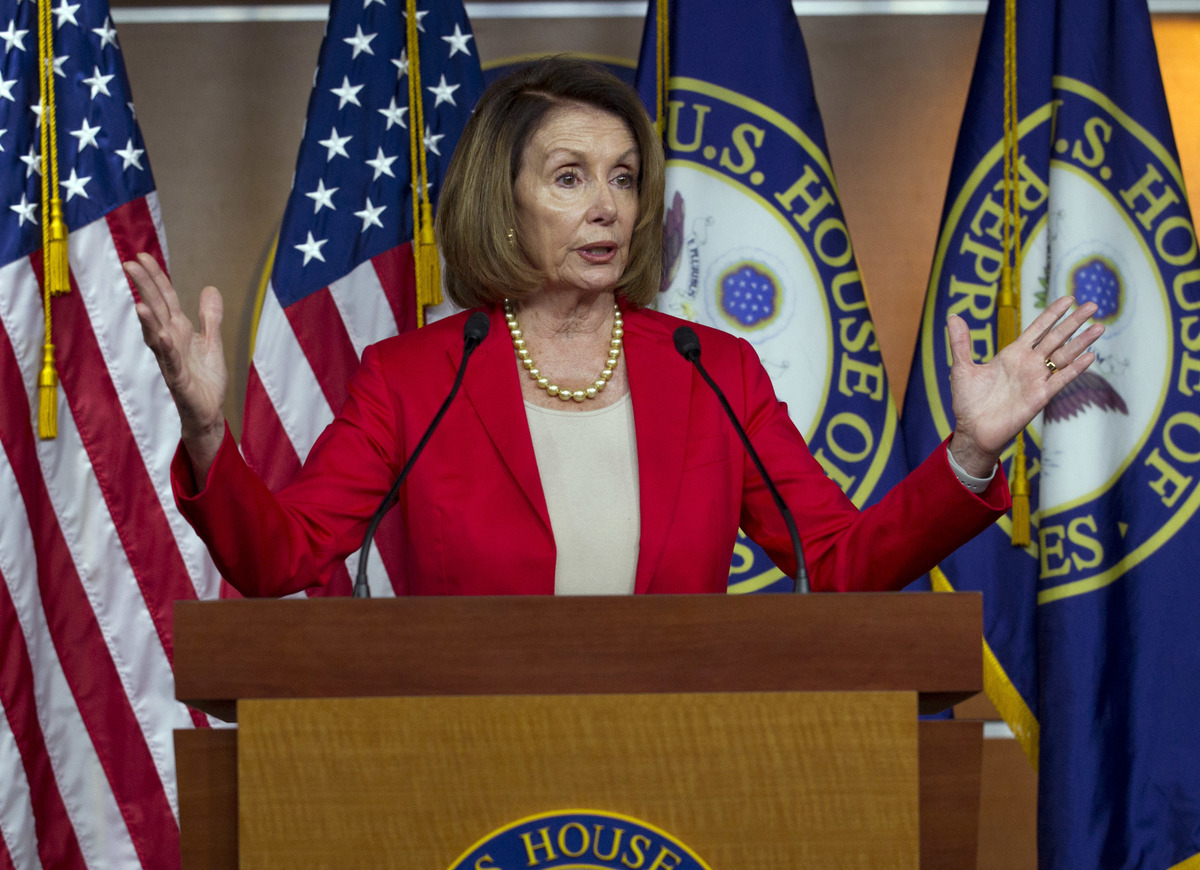 Veteran Democratic strategist Paul Begala doesn't think it's hyperbolic to say that "everything" is at stake for Democrats heading into Tuesday's elections.

"They always say it's the most important election of your life," he says, explaining that in the past two years, Democrats learned the consequences of being "completely shut out" as the GOP controlled both Congress and the White House.

If Democrats fail to take back the House and make significant gains at the state level, they'll be shut out again, without a say in legislation and judicial appointments.

Ron Klain, a former top aide in the Clinton and Obama White Houses, calls the upcoming election an issue of "life and death" for Democrats.

He says if Democrats lose on Tuesday, their worst fears come true and President Trump has a free hand.

"[It will mean] he can fire Jeff Sessions and essentially end the Mueller investigation and replace him with the attorney general of his choosing. It means that Trump could continue to roll back regulatory protections and undo the Affordable Care Act."

Changes in the House

How the House operates can change dramatically with a shift in party control. Here are six ways the House could change under new leadership:

1. The agenda: The majority decides what legislation the House votes on and schedules hearings on the issues it wants to highlight. Democrats have a lengthy list of their own priorities they would like to vote on such as lowering prescription drug costs.

2. Subpoenas: Many committee chairs can unilaterally issue subpoenas to demand information and testimony from federal agencies. GOP-controlled committees in the House and Senate haven't done much to press Trump administration officials for details on reports of government mismanagement. That could change with a Democratic-controlled House.

4. Rules: At the beginning of each new session of Congress, the House adopts a rules package to govern how the chamber is run and how legislation comes up for a vote. House Minority Leader Nancy Pelosi has said that Democrats are working on new rules to allow for more debate on the House floor.

5. The impeachment process: The Constitution gives the House of Representatives the power to impeach a civil officer of the government. Any articles of impeachment would be referred to the House Judiciary Committee for review and possible hearings. If the committee approves any articles, the full House would vote on impeachment and then refer the matter to the Senate for a trial. Top congressional Democrats are throwing cold water on moving to impeachment quickly, but they say if there is evidence that emerges from the special counsel's probe of any wrongdoing, they don't rule out Judiciary Committee action.

6. Potential government shutdown: If Democrats retake control of the House, the president will be forced to negotiate on government spending to enact key administration priorities. Standoffs over border-wall money, cutting money for agencies regulating industries and implementing health care programs are likely and could trigger government shutdowns.

If the Democrats win one chamber or both, Klain says, then Congress returns to being a check and balance on the president. That means one thing for certain — a lot of oversight.

"You'll start to see questions being asked about how taxpayer dollars are being wasted, how the government is being used as a piggy bank for the Trump family," Klain says. He added that committees will start to investigate various agencies and allow Democrats to zero in on concerns they have about "how big corporate interests are turning our environmental laws inside out at the Environmental Protection Agency and the Interior Department."

As part of that oversight, Pelosi has named a top priority: forcing Trump to hand over his tax returns. Key committees do have the authority to trigger the Treasury secretary to respond to a request for tax filings, but it's unclear what kind of legal battle would ensue.

Other areas of oversight could include probing allegations of waste and fraud within the administration (think former EPA Administrator Scott Pruitt's spending and former HHS Secretary Tom Price's use of private planes), foreign contacts during the 2016 campaign and the Trump Organization and family members' finances.

If Democrats take back the House of Representatives, they stress they will be a check on the president, but they also have an ambitious agenda of their own.

Even if they can't overcome Senate Republicans or a presidential veto, Begala says, Democrats can use the House agenda to preview what they would do heading into the next election for president in 2020 against Trump.

Pelosi has also outlined plans to vote on legislation to fund infrastructure projects, overhaul campaign finance laws, expand background checks for gun sales and provide a path to citizenship for those children of immigrants brought to the United States illegally.

But Republicans who have been down this road before offer words of caution — be careful what you wish for.

Eric Cantor came to power as the Republican majority leader when Republicans took over the House after President Barack Obama's first midterm in 2010 thanks to the Tea Party. Those who fueled that movement demanded instant results.

"I can tell you if we weren't contemplating at least monthly, if not more often, repealing Obamacare — then we were not doing all we could, even though there was no chance that a bill to repeal Obamacare would pass a Democratic Senate or would be signed into law by President Obama himself," Cantor says.

Cantor warns that if Democrats win, they'll have to deal with that same danger of high expectations from their left-wing base.

If Democrats win the House, impeachment will quickly become their biggest hot potato. Their left-wing activist base will demand they move quickly to impeach the president. But the current Democratic leaders are lukewarm at best to that idea and say it's important to allow special counsel Robert Mueller's probe to wrap up to review its findings.

But Democrats are willing to wrestle with the political pressures and perils of impeachment because they know it's a problem they'll encounter only if they win the majority again.