Accessibility links
The World Is More Interested Than Usual In The U.S. Midterm Elections. Here's Why The midterms are seen as a crucial indicator of the direction of the U.S. "If the Republicans do well, then across Europe, people will be thinking Trump is not just a passing phase," says one analyst.

The World Is More Interested Than Usual In The U.S. Midterm Elections. Here's Why

The World Is More Interested Than Usual In The U.S. Midterm Elections. Here's Why 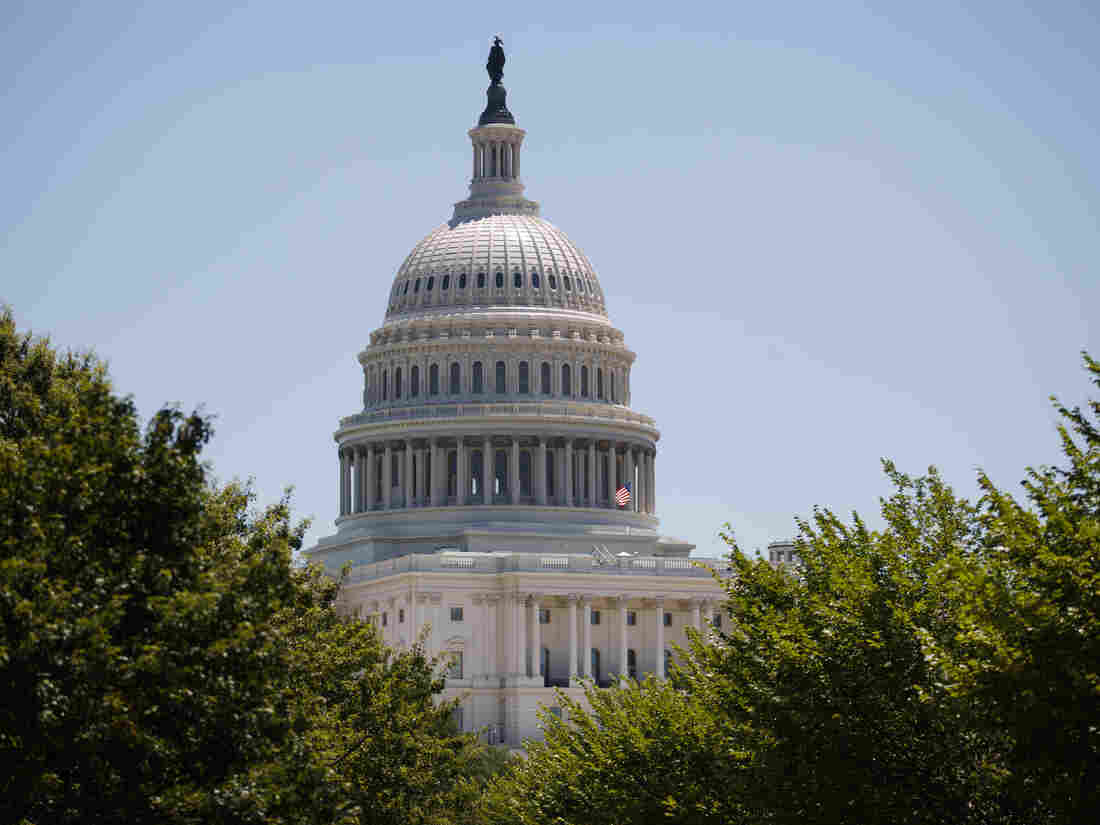 No matter which party makes a strong showing this Tuesday, the ramifications of the midterms will be felt around the world. Carolyn Kaster/AP hide caption 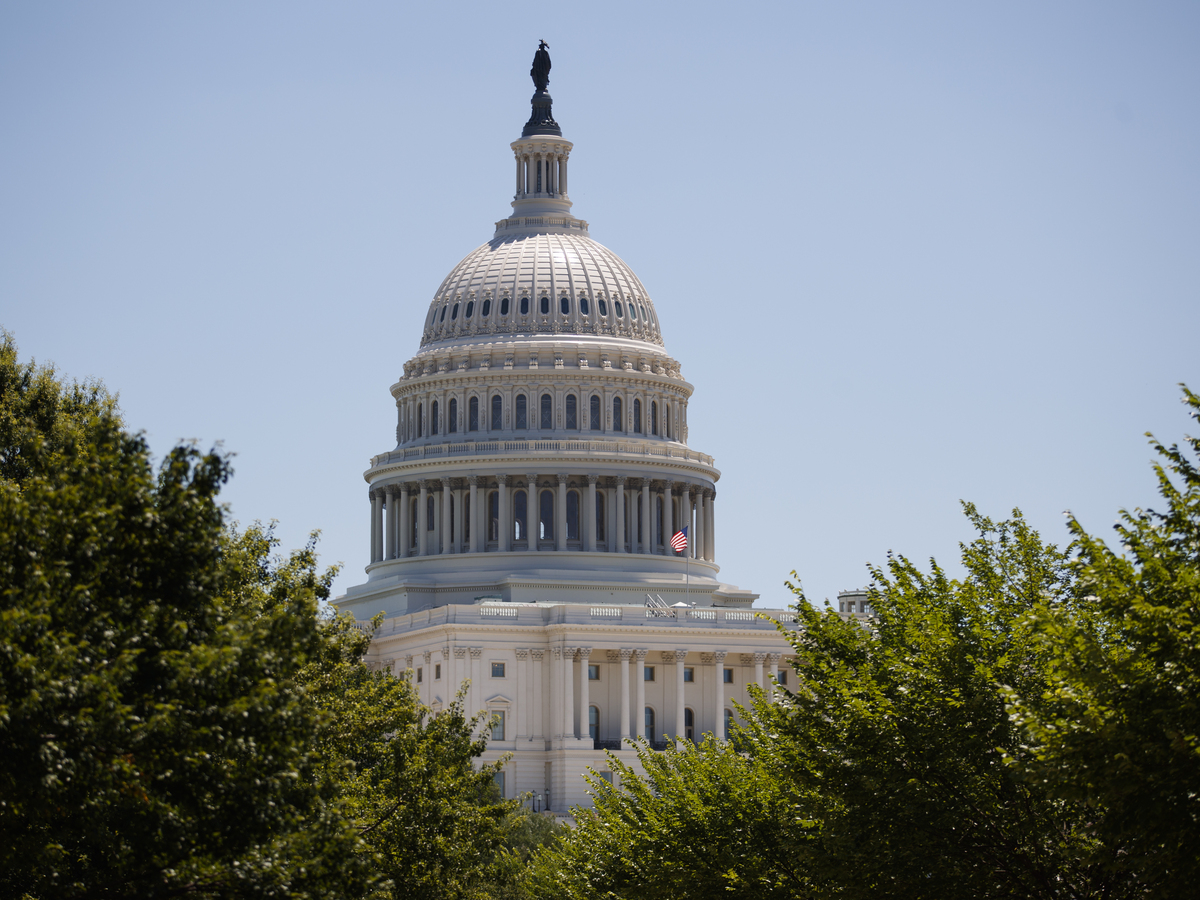 No matter which party makes a strong showing this Tuesday, the ramifications of the midterms will be felt around the world.

Under normal circumstances, America's midterm elections tend to elicit shrugs outside the U.S. The world usually focuses on U.S. elections when the president's name is on the ballot. But if you're an American overseas these days, you may be quizzed on what will happen in Tuesday's midterms.

Leslie Vinjamuri, an American political scientist who has lived in London for more than a dozen years, says in the run-up to this year's midterms, she has been getting questions every day.

"Everybody in the private sector is very interested," says Vinjamuri, who runs the U.S. and the Americas program at Chatham House, the London think tank.

That is true beyond the U.K. as well. Some countries that hoped for the election of Donald Trump two years ago are now wishing they hadn't, and are rooting instead for a strong Democratic showing. China, in particular, has a lot riding on the midterms. Other countries, such as India, are less invested in the outcome of this election season. But no matter which party comes out on top Tuesday, the ramifications of the midterms will be felt around the world.

In Western Europe, many people's interest in the midterms is fueled by a deep concern that President Trump seems to be turning his back on the trans-Atlantic Alliance — the collection of Western democracies and traditional American allies, including the United Kingdom and Germany. Among London's intelligentsia, many want American voters to return at least the House of Representatives to the Democrats, Vinjamuri says, to try to check Trump's power.

"I think there's a hope that the blue wave is real," she says.

Ian Bond, a retired British diplomat, says the U.S. midterms are seen in London policy circles as not just another election, but potentially a crucial indicator of the direction of the United States.

"If the Republicans do well, then across Europe, people will be thinking Trump is not just a passing phase," says Bond, director of foreign policy at the Center for European Reform, a London-based research organization. "People will start to think actually this is a secular change in American policy and America's view of the outside world, and we're going to have to adapt to the fact that America may not be in a position or be ready to help Europe in a crisis."

But even if the Democrats take back the House, they may not be able to constrain Trump as much as many Europeans might hope, Bond notes, because the American presidency has a lot of latitude when it comes to foreign policy.

Although many in Europe's official circles dislike Trump's "America First" foreign policy approach, he does have supporters, including Brexiteers such as former U.K. Foreign Secretary Boris Johnson. Like Brexit proponents, Trump can't stand the European Union, which he sees as a swamp of regulation that constrains countries and their businesses. In addition, Trump has spoken far more warmly about a free-trade deal with the United Kingdom than his predecessor, President Barack Obama.

"There may be a narrow window here where actually — contrary to sort of received wisdom — a strong Trump administration is actually very much in the U.K.'s interest at this moment," says Shanker Singham, director of international trade and competition at the Institute of Economic Affairs, a free-market think tank in London.

The same cannot be said for China. Beijing probably hopes for a strong Democratic showing. In the run-up to the 2016 presidential election, the Chinese government was seen to favor Trump, in part because Hillary Clinton, as Obama's secretary of state, had been a tough critic of China's human rights record. Chinese officials saw Trump as a businessman with whom they could negotiate and who could be easily flattered.

If the Republicans do well, then across Europe, people will be thinking Trump is not just a passing phase.

Ian Bond of the Center for European Reform

Things have not turned out as Beijing expected. This year, Trump launched a massive trade war against China, imposing tariffs on roughly $250 billion worth of Chinese goods, prompting businesses to begin to move supply chains elsewhere in Asia. China's retaliatory tariffs have taken aim at products from largely Republican states.

Should the Democrats have a strong showing on Tuesday, weakening President Trump, it will force Trump to temper his approach, writes Chinese scholar Anson Au in Hong Kong's South China Morning Post: "Trump would have to change his approach to adopt a more moderate tone. Where before he could command, he would have to negotiate — with other countries, and within his own."

The U.S. midterm results may even be among the factors Beijing is watching before it announces a date for the Chinese Communist Party plenum, a key annual meeting.

If countries such as China are watching the midterms closely because of the economic stakes, other nations, such as Kenya, are too caught up in their own political machinations to pay a lot of attention. Even so, Kenyans are mindful of the U.S. midterms' implications.

At Jeevanjee Gardens, a public park in Nairobi, several on a recent day expressed support for Trump. Robert Ireri, 54, said Americans should vote Republican in the midterms so Trump can continue his agenda.

"He is trying to tame the bullies all over the world," said Ireri, such as North Korean leader Kim Jong Un.

Across the park, Purity Kamau, a 23-year-old recent college graduate, said Americans should do whatever they can to rein in what she called Trump's "racist policies."

But John Karanu, 24, leaped to the president's defense.

"I love Donald Trump," Karanu said. Trump may be racist, Karanu conceded, but the U.S. president, he said, is just doing what the Kenyan government is trying to do — keep "foreigners" from changing the face of his country.

For at least one U.S. partner — India — the midterm elections are less of an issue than they've been in previous years.

"In the past, there's been a great deal of interest in midterm elections, often because there's pending legislation with direct implications for India," says Dhruva Jaishankar, a foreign policy studies fellow at Brookings India, the New Delhi branch of the Washington, D.C.-based think tank. "This year, it's less than most. All the key issues that matter to India don't really depend on midterm outcomes."

Those issues include steel tariffs, sanctions on Iran, sanctions on countries that buy weapons from Russia and immigration visas. Almost all of those depend more on executive branch actions, at least this year, than on legislative ones.

Trump imposed steel tariffs on India earlier this year and India responded with tariffs of its own, though it has delayed their implementation. The Trump administration is also weighing whether to rescind work permits for H-4 visa holders, affecting the spouses of skilled immigrant workers, most of whom come from India.

"On the strategic side, most key issues are relegated to Cabinet secretaries – of Commerce or State, for example," Jaishankar says.

Even if the Democrats take control of one or both houses of Congress "and you have an embattled president," he says, "it might not make a difference for India."