Accessibility links
Vince Staples' 'FM!' Is A Potent Critique Of How We Consume Black Art (And It Slaps!) Leave it to rap's reigning iconoclast to release a summertime album full of bops and cognitive dissonance in the dead of fall.

Vince Staples' 'FM!' Is A Potent Critique Of How We Consume Black Art (And It Slaps!)

Vince Staples' 'FM!' Is A Potent Critique Of How We Consume Black Art (And It Slaps!) 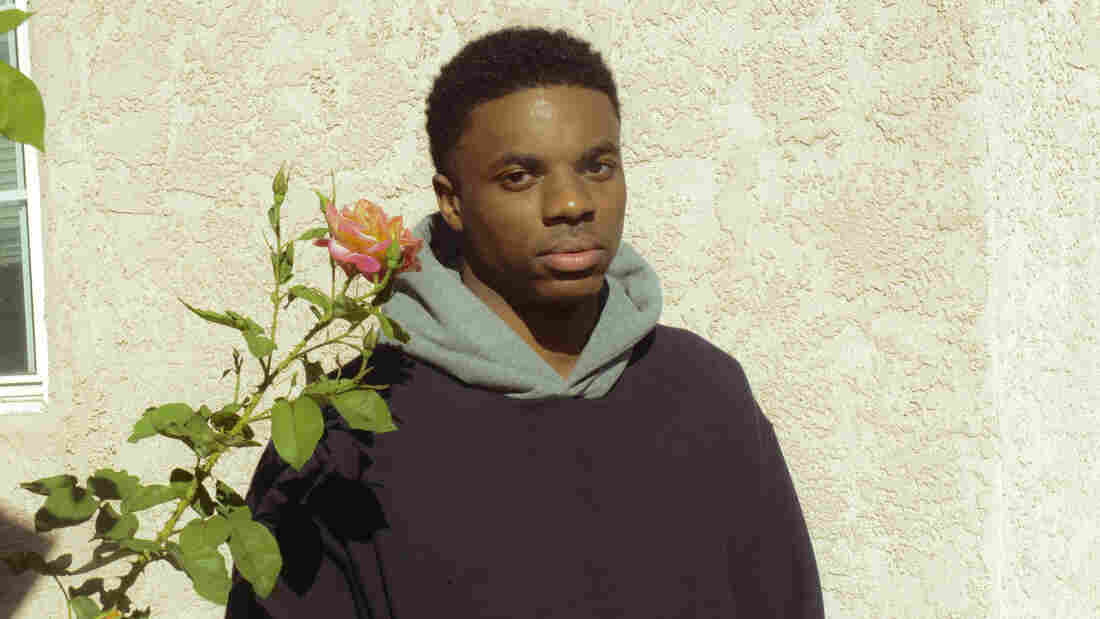 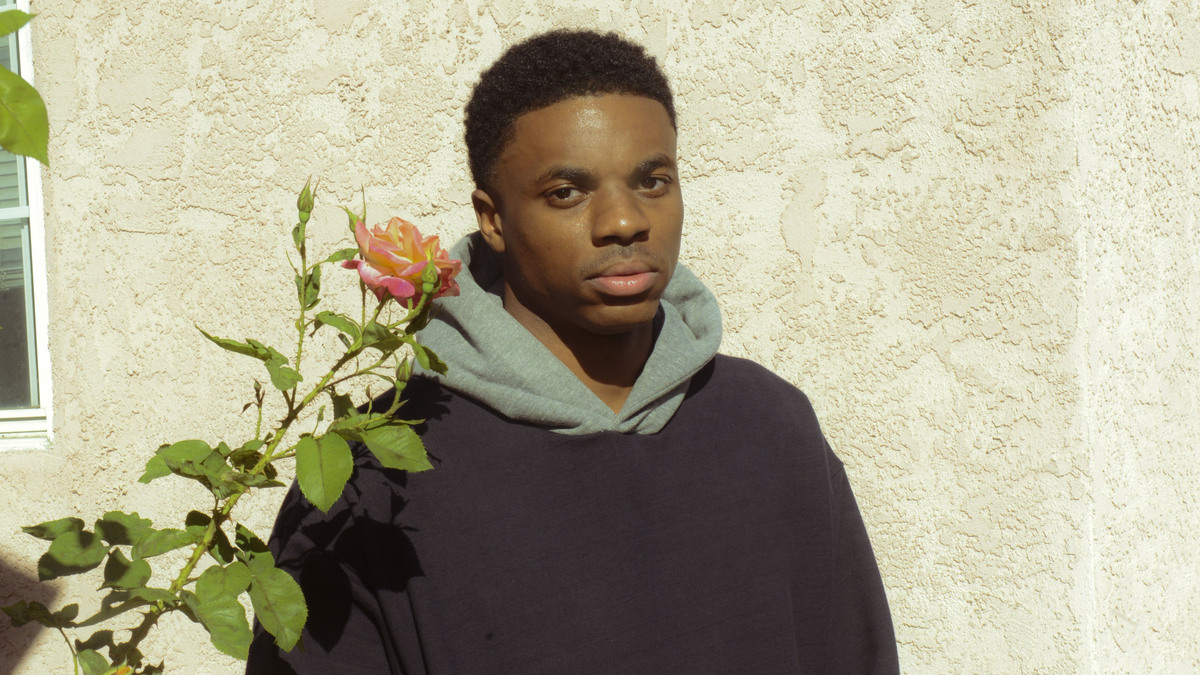 In the Def Jam press release for FM!, the new album Long Beach rap artist Vince Staples released this week with little warning, he calls it a 22-minute project with "[n]o concepts, no elaborate schemes, just music. Because nowadays," he concludes, "who needs more bulls***?"

It's a classic Staples quote, brash and pointed, but also intentionally misleading. What Staples has created in FM! is his most deceptively simple concept album yet — a meta-gangsta reflection on the popular consumption of black nihilism as peak entertainment in 2018 — a whole 30 years after NWA's Straight Outta Compton debuted. And it slaps, too.

Why is that last distinction important? Because it's a measure of praise (or criticism) popularized by Staples himself. It was Staples, after all, who notoriously surmised that "The national anthem don't even slap" one year ago on Twitter. In true Staples fashion, it doubled as a tongue-in-cheek critique of the nation's displaced anger toward Colin Kaepernick's protest. Staples wasn't only calling "The Star Spangled Banner" weak; he was calling Kaepernick's critics out, too. After he was on the receiving end of similar criticism over his own stage shows earlier this year, he responded with another troll: a song bluntly titled "Get The F*** Off My D***," marketed with a matching GoFundMe campaign in which he promised his detractors that he'd "shut the f*** up, forever," if the $2 million goal was reached.

It's never as simple as music for music's sake where Staples is concerned. He's one of the most thought-provoking iconoclasts operating in the genre today. He wields his wit on Twitter, where he's amassed a popular presence that rivals his musical persona. In interviews, he's always the one posing the smartest questions. That same cerebral approach colors his music in a way that has resulted in albums (including his stunning debut, Summertime '06, and the follow-up, Big Fish Theory) that overwhelm, challenge, agitate more than they, well, slap. Somehow, FM! succeeds at both, without sacrificing artistic integrity or that wry sense of humor that separates him from just about everybody in his creative class.

As the title suggests, FM! uses terrestrial radio — and longtime L.A. radio staple Big Boy's morning show — as a foil to offer subversive commentary on the ways and means black music is marketed for mass consumption. Even the features — Cali artists including Kamaiyah, E-40, Buddy, Kehlani and two diametrically opposed interludes from Earl Sweatshirt and Tyga — present a range of extremes that deconstruct the static separating radio and Internet, alternative and pop.

His most commercial sounding album to date is also brimming with cognitive dissonance. Instead of the cold, experimental sonics on previous outings, Staples uses a warmer, radio-friendly soundscape to trojan-horse his way into our collective conscience. And what does that sound like? It sounds like Ty Dolla Sign singing a seductive R&B hook on the wavy Kenny Beats-produced opener, "Feels Like Summer," while Staples details his neighborhood tales of death and survival. It sounds like Staples twisting his Crip bona fides into a mixed metaphor for the occupational hustle and hazards faced while maintaining both his career and his gangster on album highlight "Don't Get Chipped." This is dark territory delivered over looping carnival-like sound effects as Staples chirps out his vocals. "We just wanna have funnnn / We don't wanna f*** up nothin," he raps on the hook to the first single, "Fun," while jingle bells ring in the background. That stark juxtaposition courses through the entire LP. Leave it to Staples to release a summertime album in the dead of fall. From the beach-themed cover art to the bright sonic palette with its ominous undertones — provided entirely by producers Kenny Beats and Hagler — Staples is trolling us in high-brow fashion. It's a statement, but it's also a bop. And it's kind of genius how FM! works on both levels.

The success of the album relies on everything within these 22 minutes being conceptually airtight and perfectly executed. Just as he's tweaking our idea of radio playlists, Staples is toying with the popular conception of fun and youthful abandon. He slyly masquerades his dead-homey anthems as summer party jams. It's a stark reminder that so much of black pop is a celebration of the death and devastation that haunts many of its practitioners. A constant soundtrack of black pain scores America's pleasure principle. And we all get to dial in and tune out. By opening a twilight zone portal into a universe where you get a plausible, undeniable depiction of complex humanity in an overlooked part of the American experience, FM! questions whether you could ever listen to the radio and understand the black artists who give it life to have full lives of their own.

Vince Staples: 'My Job Is To Keep My Sanity'

It may seem odd in the streaming era, with rap now the most consumed genre, for an artist like Staples to be fixated on the radio. But radio here is really a proxy for pop consumption and the industry's preference for hit-making at all costs. Staples has been pushing back on that job description since the beginning. "My job is not for the radio. My job is not for sales. My job is to keep my sanity. Period. I can't do nothing else," he told Frannie Kelley and Ali Shaheed Muhammad in a 2015 episode of Microphone Check.

Of course, rap's relationship with radio is an epic love-hate affair. Let's take it back to 1988: While Chuck D was busy blasting radio ("Suckers never play me") on Public Enemy's classic single "Rebel Without A Pause," gangsta godfather Eazy-E was locking down his first airplay from an AM station in L.A. called KDAY — the nation's first around-the-clock hip-hop station — by providing on-air DJ and music director Greg Mack with a clean version of his super explicit Dr. Dre-produced single, "Boyz-n-the-Hood." It's no coincidence that Staples has chosen to play in the same terrain 30 years later. He may have been five years shy of being born in 1988, but he knows his history. When we talked a year ago about his 2017 album Big Fish Theory and its seemingly unorthodox EDM sound, he was quick to point out L.A. hip-hop's electro-funk roots, dating back to the era of Uncle Jamm's Army. So he no doubt knows that Greg Mack appeared on Eazy's single, "Radio," from his '88 debut We Want Eazy, playing an on-air version of himself for the fictional station KEZE.

Eazy and NWA were designed to shock in an era when black radio was still defined by the smooth, safe sounds of '80s R&B. Back then, even happy-go-lucky hip-hop faced an uphill battle to get added to regular rotation. But today, FM rap stations are totally fueled by the explicit content. If anything, the sublime trap beats that define contemporary radio have desensitized us to the violent, nihilistic reality represented by artists ranging from Lil Baby to Juice WRLD. It's the paradox that defines black pop in 2018, and maybe every year for that matter. Staples turns up the dial on the absurdity here, while also toying with the notion of art vs. consumption.

In the last skit before album-closer "Tweakin'," a listener calls into Big Boy's Neighborhood and says he's from Whittier — a city in L.A. County that's only one percent black, according to the 2010 census. When tasked with naming seven famous people in seven seconds whose names begin with the letter V, he chokes after naming Vanessa Williams, the formerly dethroned Miss America turned '80s R&B star and actress. But how should we interpret the fact that Vince Staples doesn't come to the caller's mind? Is Vince acknowledging that he doesn't garner enough radio airplay, or pop recognition, to be a factor by industry standards? Is it a nodding acknowledgement of the voyeuristic relationship Staples shares with a large swathe of his audience — in particular, the white suburbanites who consume his music despite being so far removed from his reality?

Just as the skit reveals how invisible he is to a certain part of his audience, "Tweakin'" is the album's plainest cry of pain — not just cold-eyed realism, but raw regret and devastation. Even the sound of Staples' true instrument, his voice, changes here. The high-pitched, melodic chirp is replaced with a sober, reflective tone closer to his speaking voice. For a performance artist so good at playing up the distance between himself and the listener, it feels like Staples stripping away a layer to let us in.

Of course, it could be simpler than all that. FM! might just be Vince's play at reshaping radio, all the playlists, even the charts, by including himself in them for a change — no concept, no elaborate scheme, just music. Because nowadays, as Staples proclaims with a wink, who needs the B.S.?