Accessibility links
Voter Purges Are Up, But Most Americans Won't See Problems At The Polls Registration problems have been in the news a lot lately, but some experts worry that fears about casting a ballot could be overblown and hurt voter confidence. 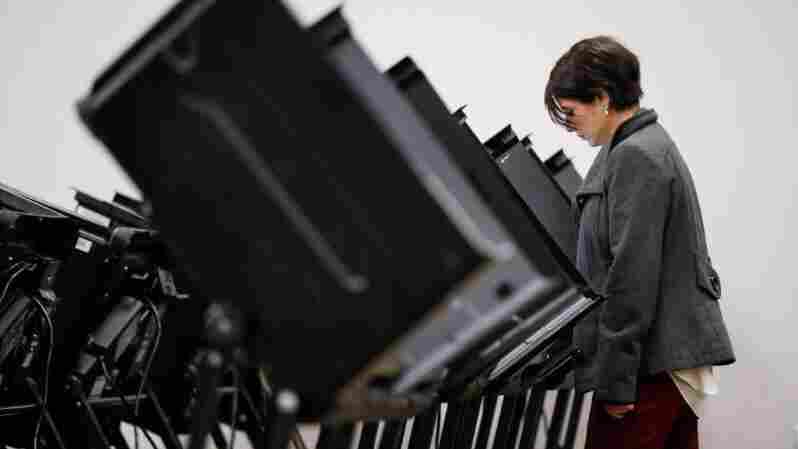 A woman casts her vote early at the Franklin County Board of Elections in Columbus, Ohio, on Wednesday. John Minchillo/AP hide caption 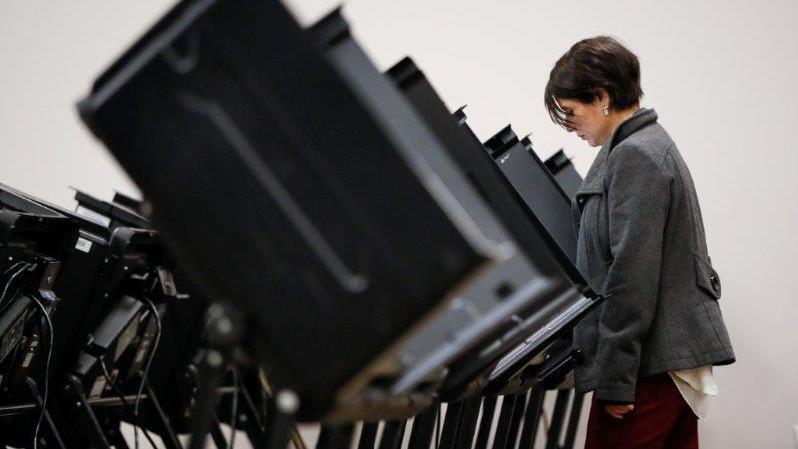 A woman casts her vote early at the Franklin County Board of Elections in Columbus, Ohio, on Wednesday.

On Wednesday, federal judges in Ohio ordered the state to allow voters who had been purged from the state's voter rolls over the past six years to vote in this year's midterm elections.

It was the latest voting purge development in an election cycle that has been ripe with them. But despite the deluge of ominous registration news, the reality is that purging the rolls is a regular part of maintaining good election records — and most voters will not encounter an issue with their registration when they go to cast their ballot.

Last month, an investigation from APM Reports, Reveal and NPR member station WABE revealed that in July 2017, more than half a million people were removed from Georgia's voter rolls. Of those, more than 100,000 were taken off the rolls because they chose not to vote in previous elections and they didn't respond to notices mailed from the state.

"Nationally, we're seeing more voters be purged," said Jonathan Brater of the Brennan Center, which released a report on voter purges this summer.

The report found that between 2014 and 2016, states removed almost 16 million voters from registration rolls, which was almost 4 million more names than between 2006 and 2008.

The issue at hand, in the Ohio and Georgia cases, as well as the seven other states (according to APM Reports) that use infrequent voting as a means to trigger a voter's name being removed from registration rolls, is how those names are being selected for removal.

"Someone not voting is not a good science-based indication of someone being ineligible to vote," said David Becker, the executive director and founder of the Center for Election Innovation and Research.

A Supreme Court decision in June upheld Ohio's methodology in deciding which voters to strike from its rolls, but the emergency motion that was granted Wednesday will allow some purged voters to vote because the mail notices they were sent may have been too vague.

What may be getting lost in the flood of purge news, however, is that removing names from voter rolls is standard election administration procedure.

As people move out of state, die, or go to prison, officials have to find a way to track that information and keep registration lists up to date.

Every state other than North Dakota (which does not have a registration system) has some form of a voter purge system, Brater said.

Five years ago, Becker led the development of the Electronic Registration Information Center, a multistate partnership that instead allows states to update their voter rolls by sharing data from the Department of Motor Vehicles and Social Security death records.

Becker voiced concern that focusing so much on the flaws of voter purges this close to Election Day could diminish voter confidence, despite the fact that most voters won't be affected by them.

"It gives the perception that voting is hard," Becker said. "And it's not true. The vast majority will be in and out in less than 30 minutes, without a problem."

It's a common theme this year as election officials also continue to grapple with the question of whether the U.S. election "will be hacked," despite there being no evidence a foreign country has ever manipulated vote tallies.

In an NPR/Marist College poll earlier this fall, 95 percent of American adults said they either had never, or hardly ever, had an issue with their voter registration before.