Accessibility links
A 'Hopeful Story' Within Gay Conversion Therapy Drama 'Boy Erased' Actor and director Joel Edgerton says that his new movie, based on a memoir of attending a religious "conversion" camp, is targeting "as many parents as possible." 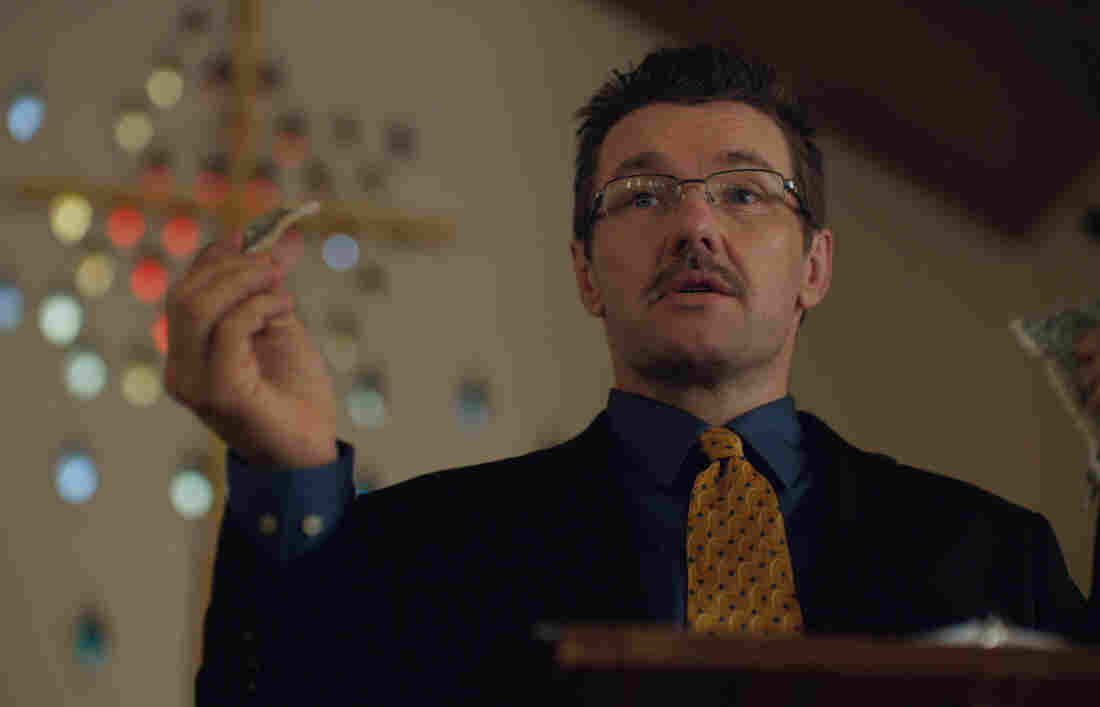 Joel Edgerton stars as the head of a "conversion therapy" program in Boy Erased, which he also directs. Focus Features hide caption 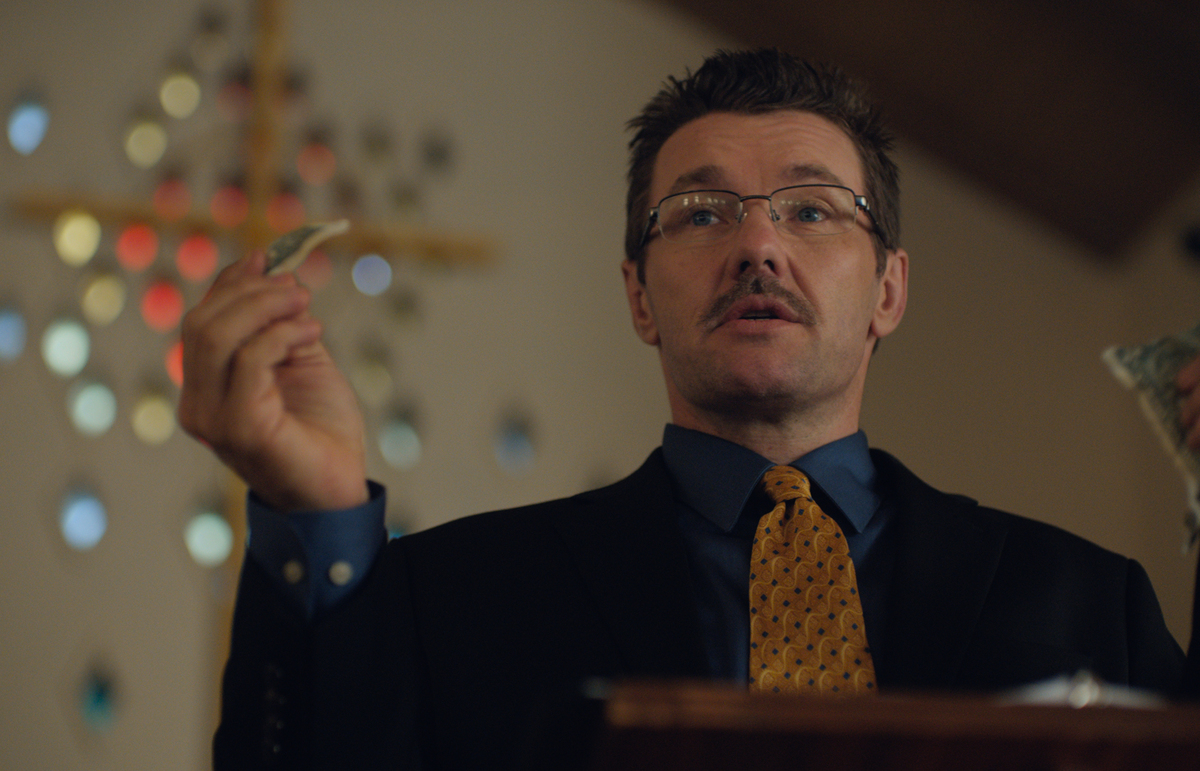 Joel Edgerton stars as the head of a "conversion therapy" program in Boy Erased, which he also directs.

In his new movie Boy Erased, the Australian actor and director Joel Edgerton takes us inside a Christian program that is supposed to "cure" people of homosexuality. Edgerton himself plays the practitioner of a discredited treatment known as conversion therapy.

The film is based on the true story of someone who entered such a program at age 19. Garrard Conley wrote about his experience in Boy Erased: A Memoir, and was a close consultant for the movie.

In an interview, Edgerton says that Conley is still coming to terms with the experience.

"Garrard even acknowledges that part of making the film has been therapeutic for him," Edgerton says. "To watch his own story and realize that over the years, as he's said, 'Look, I willingly signed up to this thing' — but if you notice before he willingly signed up, he was told that it was no longer really going to be possible for him to live with his family. And then he was given the choice: All right, will you go to this place? I mean, a lot of kids at that age, even into their 20s, don't have the agency to turn this into a short story, which is like: 'Well, no thanks, mom and dad, I'll see you later, I'm moving to New York.'"

"I would have made exactly the same choice as him. So I call it duress," Edgerton also says.

On making the parents sympathetic characters 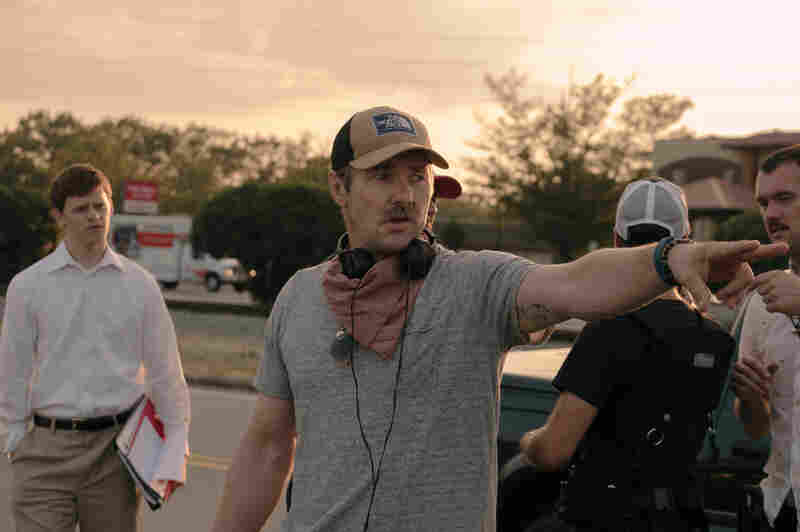 Well, it's worth winding back to why I picked the book up in the first place. When I heard about the book when it was given to me, I was like, "Oh, this is like a cult religious institution that I had never really got insight into." And also, as a morbid curiosity, I was like, "There's going to be blood on these pages and it's going to be madness." And what happened when I read the book was — I was met with this complication I hadn't envisaged, which was: I had come to the book assuming that the people that sent their kids there were hateful people, that the people that worked at the facility were hateful, profiteering people. But I didn't judge the parents and I didn't judge the staff because I realized that they were actually doing what they were doing out of love. Given the information they had and the belief system that they lived within, they thought they were trying to help. And the result of the book was that Martha, Garrard's mother, realized that what she thought she was doing to her son to help him actually had hurt him, and she was willing to acknowledge that it was a mistake and apologize to him. And beyond that, she was willing to really re-examine her faith, because it excluded the person she loved the most. ...

I think if the book had just been what I expected it to be and that were just blood on the pages and just I could cut-and-dry judge everybody, I probably wouldn't have made that movie, 'cause that's just torture. The fact that his mother and his father, to a certain degree, are willing to acknowledge the mistake — that made it worth the year and a half to turn it into a movie, because I wanted to tell a hopeful story.

On what he means by 'hopeful story'

One of my hopeful thoughts is that within a congregation of, say, a hundred people, there might be only three or four or five [with] extreme beliefs. But I think there's a lot of open-hearted, open-minded people in those same congregations who, if they had a chance to secretly sit in a room and watch a movie like Boy Erased, I truly believe that the bigger portion of that room would be willing to listen. ...

And a lot of churches and ministries are welcoming of LGBTQ people. But at the same time, exclusion is just a part of society. It's just such a shame. Sometimes the problem is: Silence creates the atmosphere that, when somebody is saying the wrong things, if nobody speaks up, there's a leniency to that that somehow makes that person feel it's OK to behave that way.

I'm really keen to shove this movie to as many parents as possible. ... It's about the decisions we make. You know, Garrard would not have gone through all of this if his parents had had better information. I think this is a really good identifier, a roadmap for seeing a couple of people who maybe steered the ship in the wrong direction, and then were willing, in their own separate ways, to re-examine that direction. Tough thing is: There's always a willing audience, and those people will definitely see the movie. It's like, how do you get people to see the film who maybe do need their minds changed a little bit? I don't know. If anybody knows, we're keen to hear.

Taylor Haney and Jerome Socolovsky produced and edited this interview for broadcast. Patrick Jarenwattananon adapted it for the Web.