Accessibility links
Facebook Blocks More Than 100 Accounts, Citing Possible Foreign Influence A day before midterm elections, the social media giant announces that it suspended the accounts after it was notified of suspicious activity that may be linked to foreign entities. 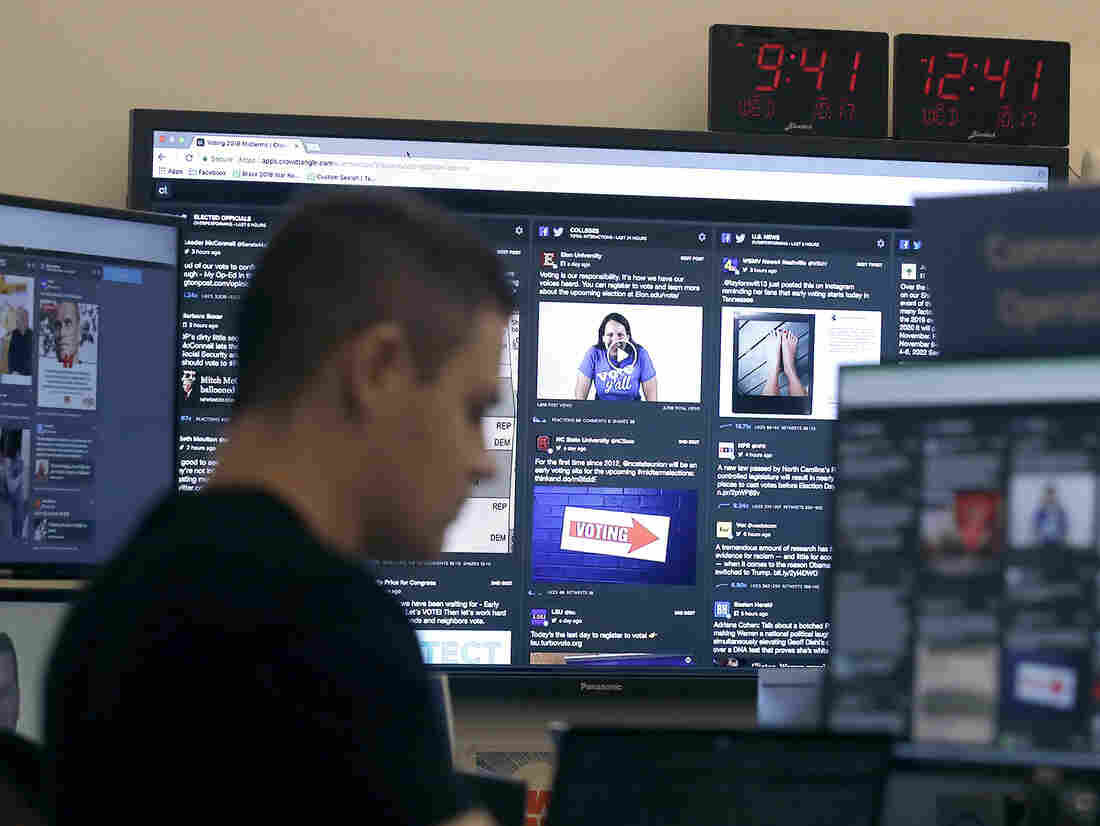 A man works at his desk in front of monitors last month during a demonstration in the war room, where Facebook monitors election-related content on the platform, in Menlo Park, Calif. Jeff Chiu/AP hide caption 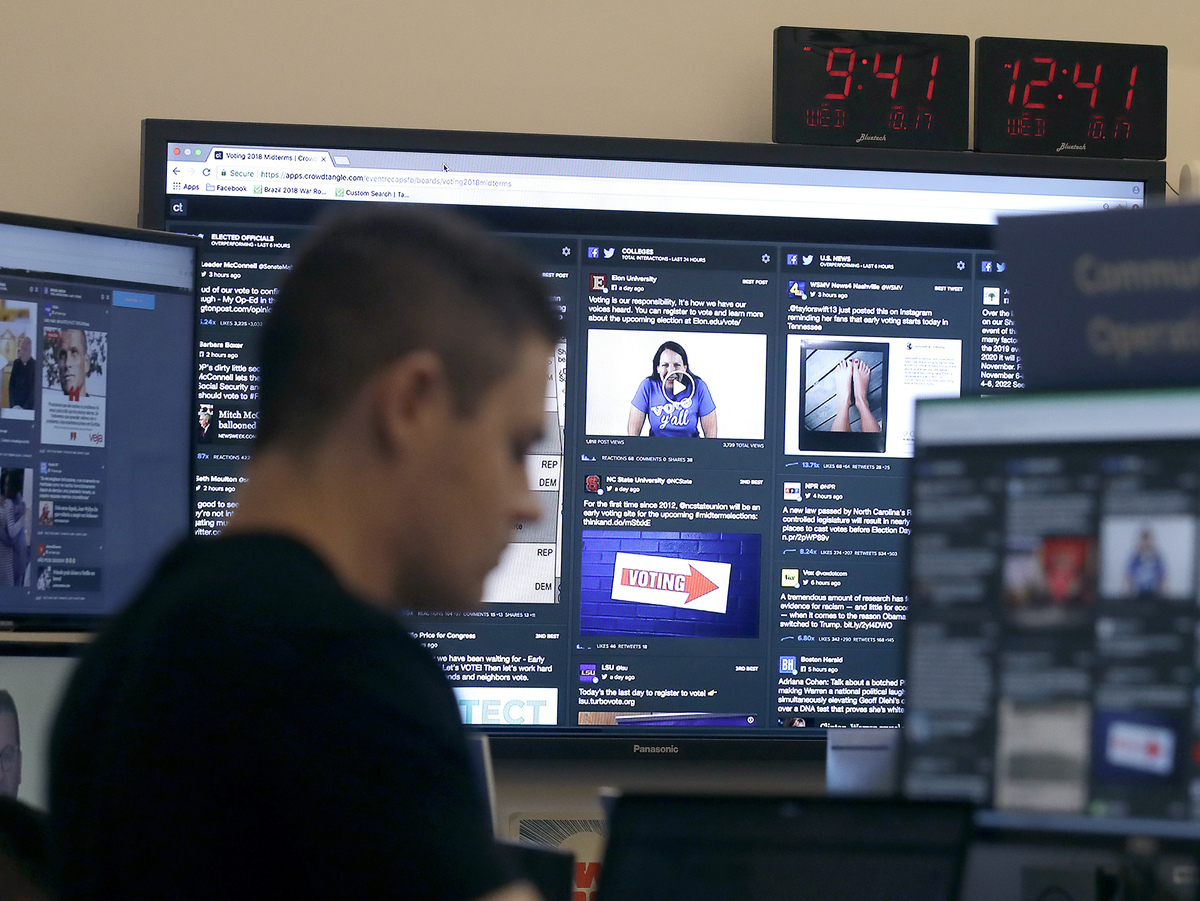 A man works at his desk in front of monitors last month during a demonstration in the war room, where Facebook monitors election-related content on the platform, in Menlo Park, Calif.

On the eve of midterm elections, Facebook said Monday that it had blocked 115 social media accounts after receiving a warning from federal law enforcement officials of "coordinated inauthentic behavior" that could be linked to foreign entities.

Gleicher wrote that the accounts were immediately blocked after the company was notified Sunday evening of suspicious behavior and that the questionable accounts — potentially linked to foreign entities — are being investigated "in more detail."

"[Almost] all the Facebook pages associated with these accounts appear to be in the French or Russian languages, while the Instagram accounts seem to have mostly been in English," he said, adding that some of the accounts were focused on celebrities, with others on politics.

Gleicher said the company typically waits until it is further along in such a probe before publicly acknowledging the steps it takes to remove suspicious accounts, but "given that we are only one day away from important elections in the U.S., we wanted to let people know about the action we've taken and the facts as we know them today."

Facebook and other social media companies are sensitive to the potential for misbehavior. They were widely criticized following the 2016 presidential election for allowing themselves to be exploited by foreign influence campaigns.

But as NPR's Tim Mak reported last month, Facebook has taken steps to avoid a repeat of 2016. Tim was among a group of journalists the company invited to tour the "war room" Facebook has established at its headquarters in Menlo Park, Calif.