Accessibility links
Judge Orders Pipe Bomb Suspect Cesar Sayoc Held Without Bail Prosecutors said Sayoc posed "a serious risk of danger to the public" and described him as "a flight risk." His lawyer made no objection to the decision. Sayoc could face up to 48 years in jail. 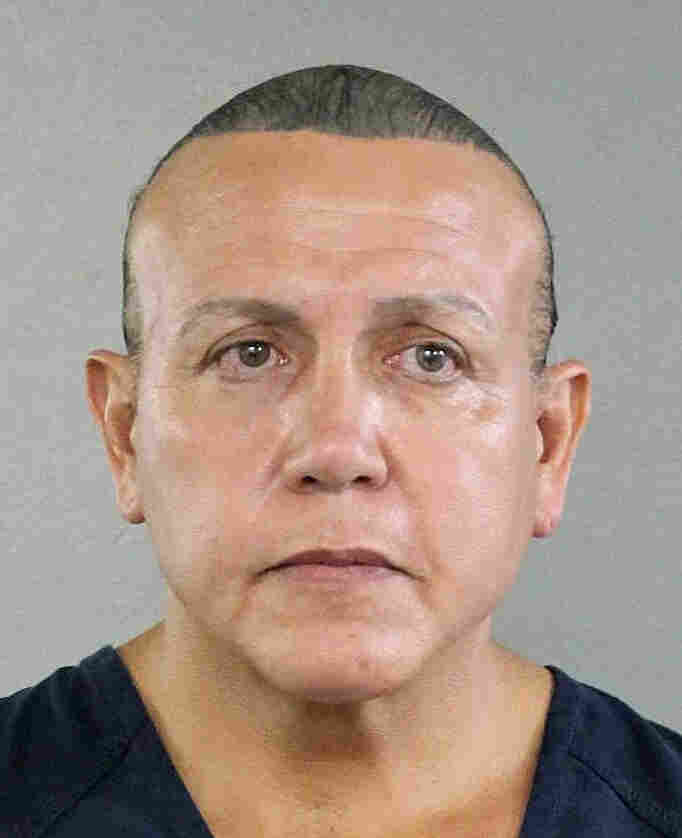 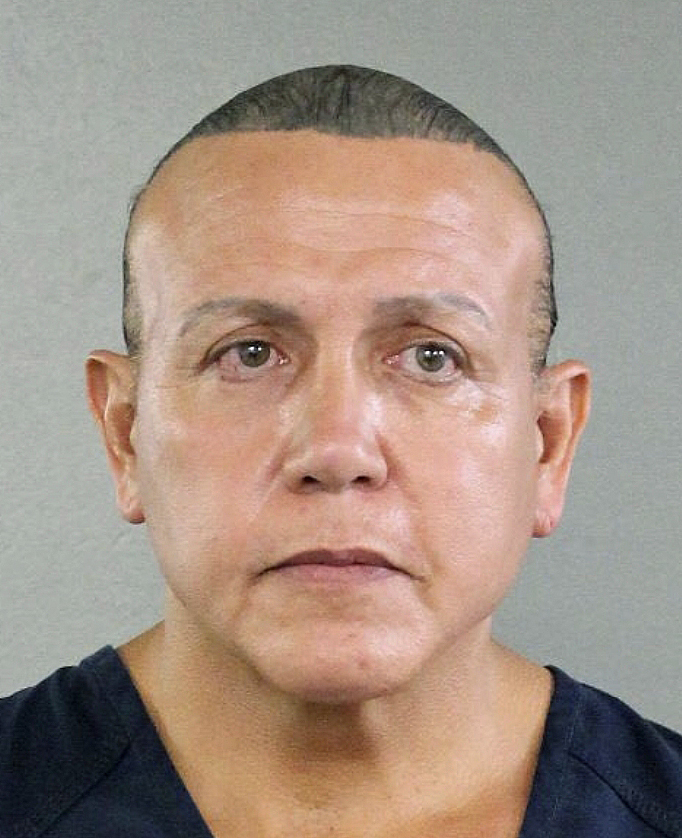 A judge in New York on Tuesday ordered Cesar Sayoc held on mail-bomb charges. He is seen in an undated booking photo.

The man accused of sending more than a dozen pipe bombs to prominent Democrats and critics of President Trump will be held without bail, a judge ruled on Tuesday.

Cesar Sayoc made his first court appearance in Manhattan, after being transferred from Florida to New York's federal Metropolitan Correctional Center on Monday. The charges against Sayoc were filed in the Southern District of New York.

The 56-year-old appeared in court wearing a blue T-shirt with his gray hair pulled back in a tight pony tail. He did not wear handcuffs or shackles.

He seemed calm throughout the 10-minute hearing. As U.S. Magistrate Judge Robert Lehrburger asked Sayoc routine questions, he remained soft-spoken and polite. His only responses were "Yes, sir" and "100 percent."

Assistant U.S. Attorney Jane Kim, said he posed "a serious risk of danger to the public" and described him as "a flight risk." Meanwhile, Sayoc's court-appointed lawyer did not seek his release on bail.

At the end of the hearing, Sayoc embraced his attorney, Sarah Jane Baumgartel.

"Packages were also addressed to billionaire George Soros (whose Open Society Foundations has supported NPR in the past) and billionaire donor Tom Steyer, who is financially supporting a campaign to impeach Trump. A package was also addressed to the actor Robert De Niro, a harsh critic of Trump.

"Yet another suspicious package, addressed to CNN's Atlanta office, was intercepted ... three days after Sayoc's arrest."

None of the devices exploded, and no one was injured.

Investigators identified Sayoc as the only suspect in the mailings after recovering a fingerprint from one of the manila envelopes and a possible DNA match from two of the homemade pipe bombs.

Several news outlets reported the Florida man had compiled a list of more than 100 potential targets.

Sayoc's preliminary hearing is set for Monday. He faces 48 years in jail if convicted.