Accessibility links
'I Voted' Stickers Pile Up In Emotional Tribute At Susan B. Anthony's Grave Placing stickers on the suffragist's gravestone has become a kind of pilgrimage for voters in Rochester, N.Y. With a record number of women running, the tribute has special significance this year.

'I Voted' Stickers Pile Up In Emotional Tribute At Susan B. Anthony's Grave

'I Voted' Stickers Pile Up In Emotional Tribute At Susan B. Anthony's Grave 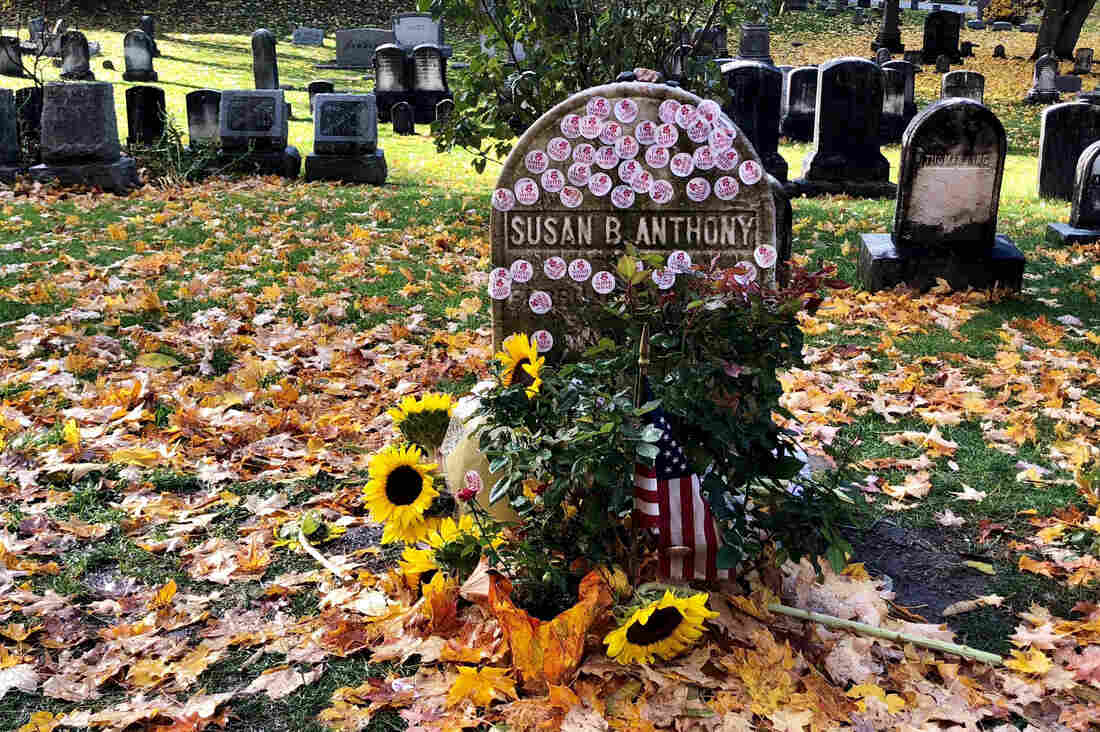 Susan B. Anthony's grave is covered with "I Voted" stickers in Rochester, N.Y., on Tuesday. Jessica Crane via AP hide caption 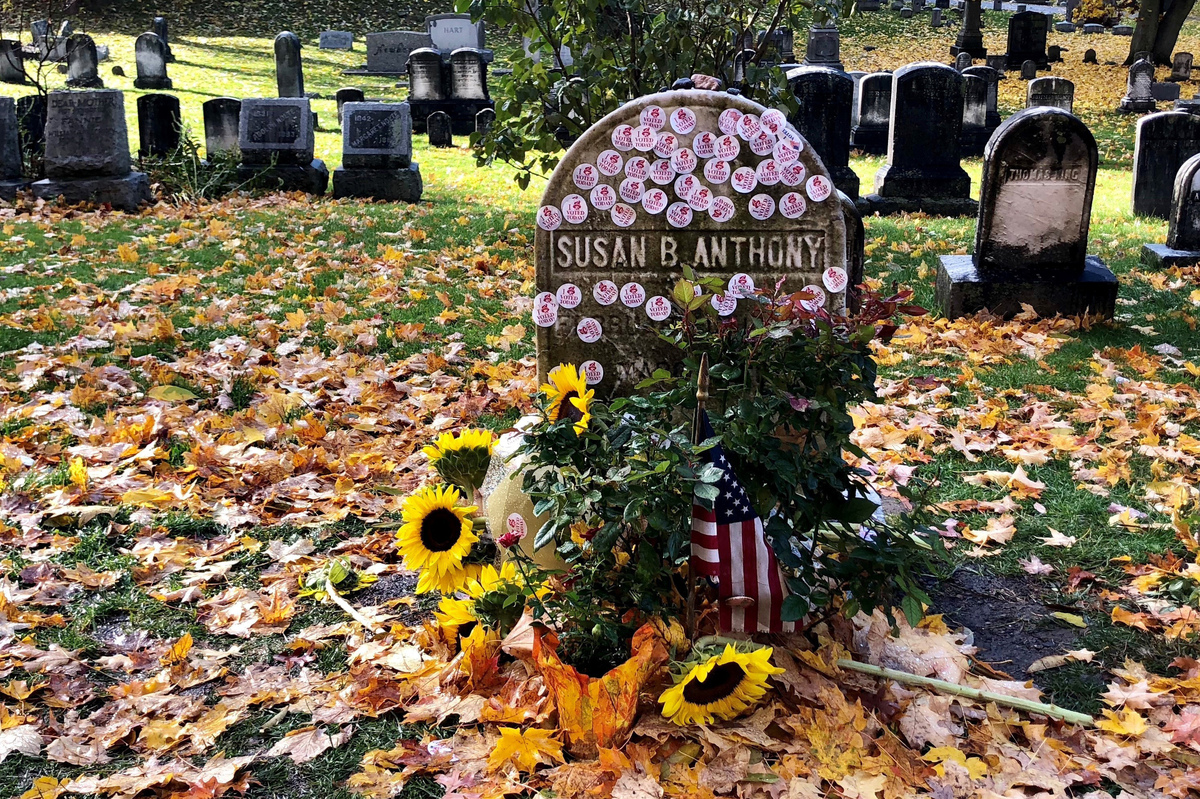 Susan B. Anthony's grave is covered with "I Voted" stickers in Rochester, N.Y., on Tuesday.

When Susan B. Anthony cast her ballot in the 1872 presidential election, it's fairly safe to say the pioneering suffragist did not receive a sticker declaring, "I voted." Instead of one of those little badges of civic honor, so ubiquitous in U.S. elections these days, Anthony received a pair of handcuffs — she was arrested for and convicted of voting nearly half a century before women finally won the right to do so.

Anthony never lived to see the 19th Amendment adopted. But on Tuesday, some people did their best to repay her sacrifice — with stickers. Lots and lots of stickers.

Beginning early in the morning, women left their polling places and descended on the cemetery where Anthony was laid to rest in Rochester, N.Y. There, in the drizzly gray of autumn, they plastered her gravestone with stickers of red, white and blue.

The first people arrive at 7:05am here at Mount Hope Cemetery in Rochester, NY to place their “I Voted” stickers at the grave of Susan B. Anthony. It was November 5, 1872 when Anthony illegally voted in the presidential election, resulting in her arrest. #ElectionDay @News_8 pic.twitter.com/4yklblxbqY

Voting stickers are already starting to pile up at Susan B. Anthony’s gravesite @SPECNewsROC pic.twitter.com/yQ1cEsqfuL

"Because of Susan B. Anthony, we're all out here voting today," one woman, who said she was visiting with her daughter, told local media. "And it's wonderful. It's a privilege to be able to be here."

The activity is becoming something of a regular Election Day pilgrimage.

As voters cast their ballots in the 2016 election, the first in U.S. history to feature a woman as a major party presidential nominee, so many people paid visits to her grave that hours had to be extended at Mount Hope Cemetery.

As NPR's Rebecca Hersher pointed out, Anthony was not the only noteworthy suffragist to be commemorated at the time. Elizabeth Cady Stanton and Ida B. Wells, among others, drew tributes of their own as well.

This time around, after Hillary Clinton's defeat in 2016, there is no single female nominee inspiring national headlines — there are scores of them.

Across both parties the names of 235 female candidates grace House ballots across the country, while 22 more women have run for the Senate. Those numbers shatter the previous records set in 2012 and 2016.

A previous version of this story incorrectly gave the name of the cemetery where Susan B. Anthony is buried as New Hope Cemetery. It is Mount Hope Cemetery.