Accessibility links
Stacey Abrams Vows To Fight On In Georgia Governor's Race The Georgia governor's race remained too close to call in the early hours Wednesday — and the Democrat remained defiant in her push to force a runoff election with her Republican opponent, Brian Kemp.

As Election Day gave way to the early morning hours Wednesday, the bruising, often bitter race to become Georgia's next governor continued to defy a ready resolution. With nearly all votes counted, Georgia Secretary of State Brian Kemp enjoyed a slim lead — but his defiant Democratic opponent, former state lawmaker Stacey Abrams, has vowed to push on in hopes of a runoff election.

The state's electoral rules require a candidate to garner a majority to win the governorship. If neither nominee manages to win more than 50 percent — and with Libertarian Ted Metz also on the ballot, that remains a possibility — Kemp and Abrams would need to square off again in a new round of voting.

"Tonight we have closed the gap between yesterday and tomorrow. But we still have a few more miles to go," said Abrams, who is vying to become the first female African-American governor in U.S. history.

Democrats Gain In Governors' Races, But Miss Chance At History

She addressed her supporters early Wednesday morning, in a speech far more characteristic of a campaign than a concession.

"We believe our chance for a stronger Georgia is just within reach, but we cannot seize it until all voices are heard," she added. "And I promise you tonight, we're going to make sure that every vote is counted. Every single vote."

The renewed push could open a new chapter in a race that has been marred for months by controversy and confusion — much of which stemmed from Kemp's continued role as secretary of state.

In that position, he has acted as an official referee for the very election he was running in, defying calls from Abrams and others — including former President Jimmy Carter — to resign his position during the campaign.

He has come under heavy criticism for a massive purge of Georgia's voter rolls months after declaring his candidacy for governor, as well as the delay of tens of thousands of voter registration applications.

Kemp defended the moves as merely complying with the state's strict protocols when it comes to voter registration. He has dismissed criticisms of his conduct as a "publicity stunt" by his political opponents.

In the waning days of the race, with Election Day looming, Kemp announced that his office had opened an investigation into "potential cyber crimes" by the state's Democrats. He did not provide any evidence to back up his claims, prompting Democrats to decry the move as a "reckless and unethical ploy." 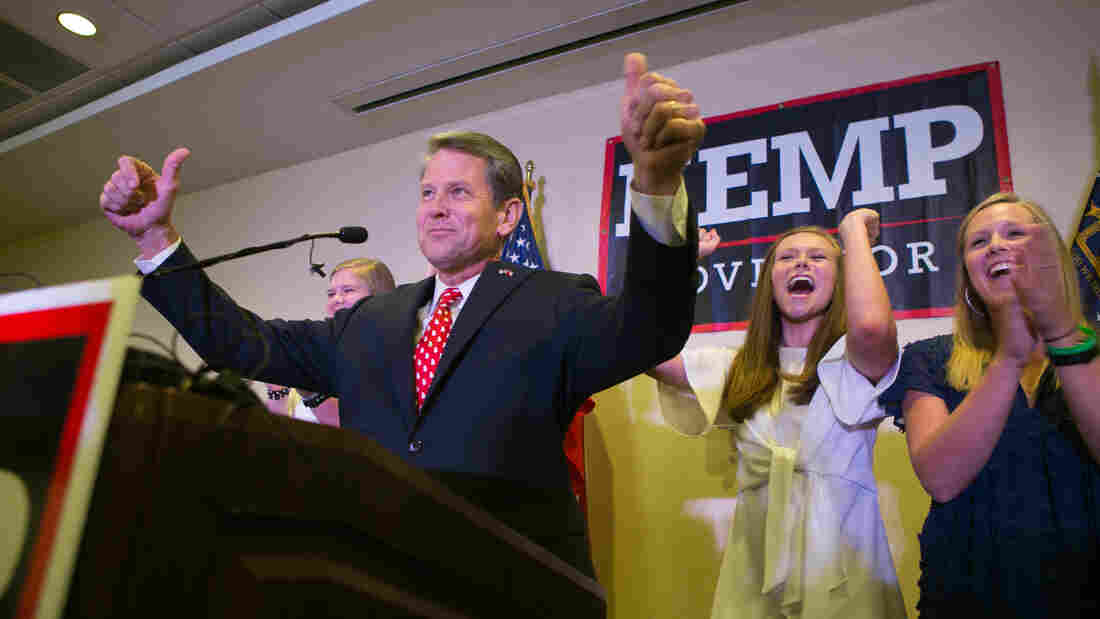 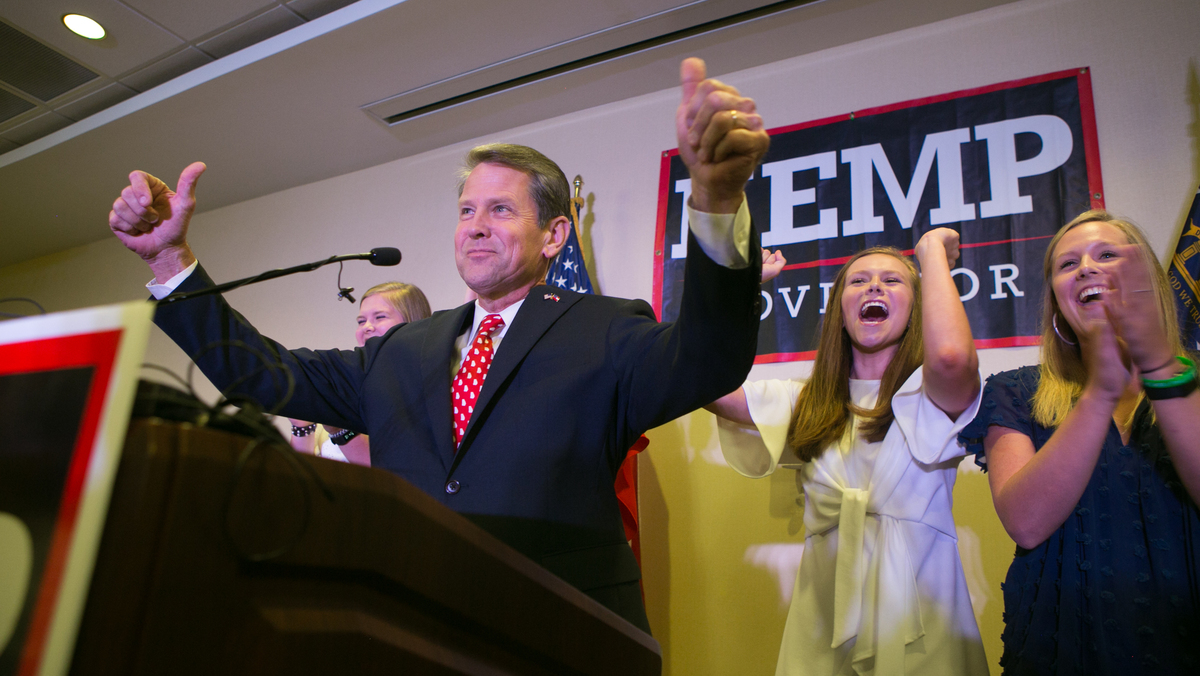 On Election Day, further complaints streamed in from Georgia voters about the status of certain polling stations. Some voters waited an estimated five hours to cast their votes, and Asia Burns of Atlanta member station WABE notes that others complained of failures with the voting equipment.

"Issues with voting machines were reported in at least five polling locations in the Atlanta metropolitan area," Burns reported. "The state's voting machines are 15 years old and use a variant of the Windows 2000 operating system that is no longer supported by Microsoft."

Some voters were reportedly still in line at 11 p.m. — in other words, hours after Georgia's polls had been scheduled to close. And as of 2:30 a.m. Wednesday, the two nominees stood separated by fewer than 10,000 votes, with the Associated Press refraining from projecting a winner.

Speaking to his supporters early Wednesday, Kemp said, "The math is on our side to win this election."

"We are waiting on the final results, but I'm confident that victory is near."