Accessibility links
How The Record Number Of LGBTQ Candidates Fared On Election Night: NPR Hundreds of lesbian, gay, transgender, bisexual and queer candidates made the ballot Tuesday. And by Election Day's end, several of them had also made U.S. history.

'Rainbow Wave': How Did The Record Class Of LGBTQ Nominees Fare?

'Rainbow Wave': How Did The Record Class Of LGBTQ Nominees Fare? 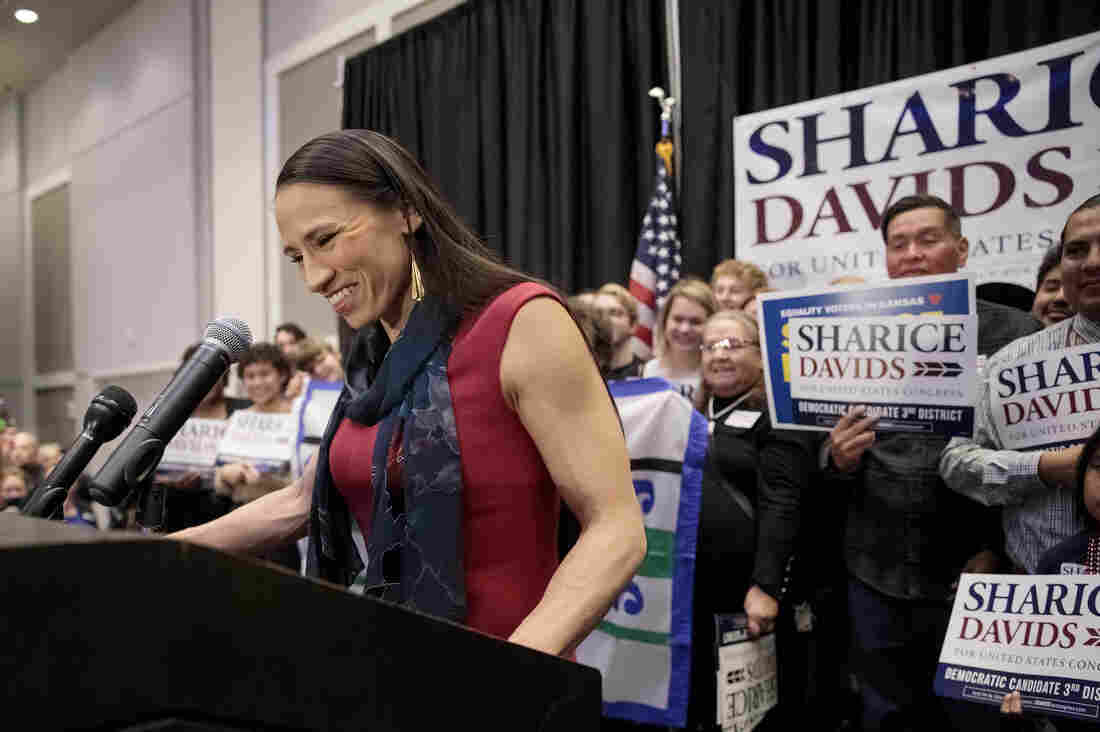 After winning Kansas' 3rd District, Sharice Davids is projected to become one of the first Native American women to serve in Congress and the first LGBTQ person to represent the state in the lawmaking body. Whitney Curtis/Getty Images hide caption 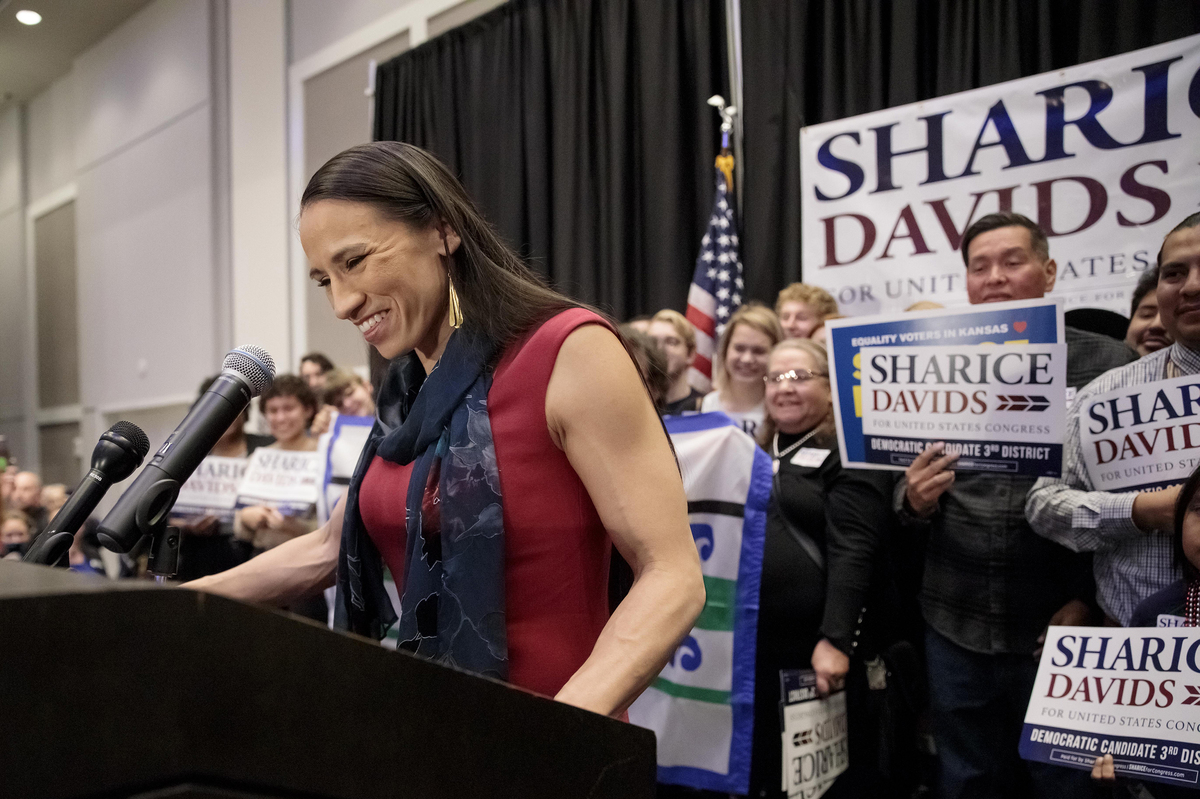 After winning Kansas' 3rd District, Sharice Davids is projected to become one of the first Native American women to serve in Congress and the first LGBTQ person to represent the state in the lawmaking body.

As the electoral landscape took shape earlier this year, at least one thing became clear: 2018 was set to become a year of firsts. Election Day promised to usher in a group of barrier-breaking candidates, blazing trails for diverse communities that have long gone unrepresented in Congress and other halls of power — and nowhere was that promise more evident than in its record-smashing class of lesbian, gay, bisexual, transgender and queer nominees.

More than 400 such candidates were on the ballot Tuesday, according to the Victory Fund, an advocacy group that supports viable LGBTQ politicians. The sizable crop of candidates had some people even speaking of a "rainbow wave."

So, now that Election Day has drawn to a close, how has that record class actually fared at the ballot box? The final answer to that question will need to wait until all of the races are called, of course, but already some candidates have made history.

Democratic Rep. Jared Polis won his bid to become Colorado's next governor — and, in the process, became the first openly gay man in the U.S. to be elected governor. The congressman ran on a progressive agenda of implementing universal health care and increasing the state's dependence on renewable energy.

"For the LGBTQ pioneers for equality in the generations before me, who endured so much hardship and hurt to make it possible for so many of us — myself included — to live and to love openly and proudly ... I want to say I'm profoundly grateful for all the work we've done to overcome," Polis said in his victory speech. 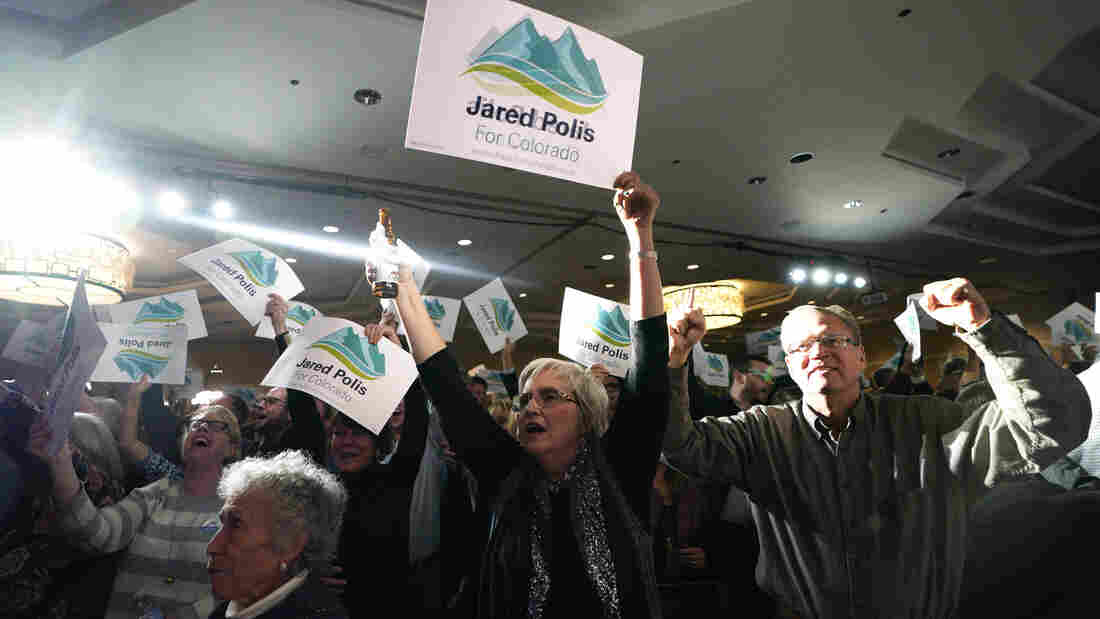 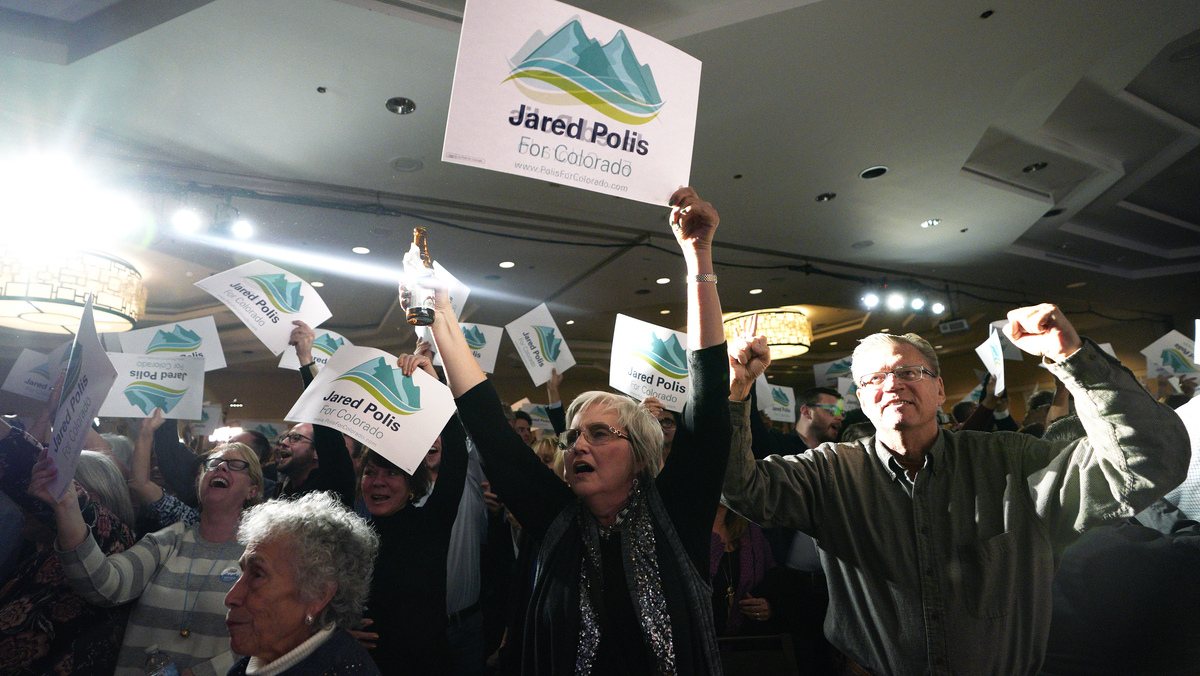 He is not the first LGBTQ person to reach the governor's mansion. Oregon Gov. Kate Brown, an openly bisexual woman, stepped in as the state's governor in 2015 and won outright election the next year. Brown won re-election to a full term Tuesday, The Associated Press projects.

LGBTQ gains extended far beyond governors' mansions, however. As of Wednesday morning, at least eight candidates — all Democrats — won seats in Congress, according to the Victory Fund, while a handful of other congressional nominees remain locked in races that are still too close to call.

Democrat Angie Craig is projected to defeat incumbent GOP Rep. Jason Lewis in Minnesota's 2nd District, becoming the first openly LGBTQ person to be elected to Congress from the state. She is also expected to be the only openly lesbian mother in Congress.

Sharice Davids, meanwhile, made a double dose of history by winning Kansas' 3rd District. She joins a fellow Democrat, Deb Haaland of New Mexico, as one of the first Native American women elected to Congress. Davids, a member of the Ho-Chunk Nation, will also become the first openly lesbian woman to represent Kansas in Congress.

Record Number Of Native Americans Running For Office In Midterms

She needed to defeat four-term incumbent GOP Rep. Kevin Yoder to do so.