Accessibility links
Over 1 Million Florida Felons Win Right To Vote With Amendment 4 The state approved a key ballot initiative that will restore voting rights to citizens who have served sentences for certain crimes. 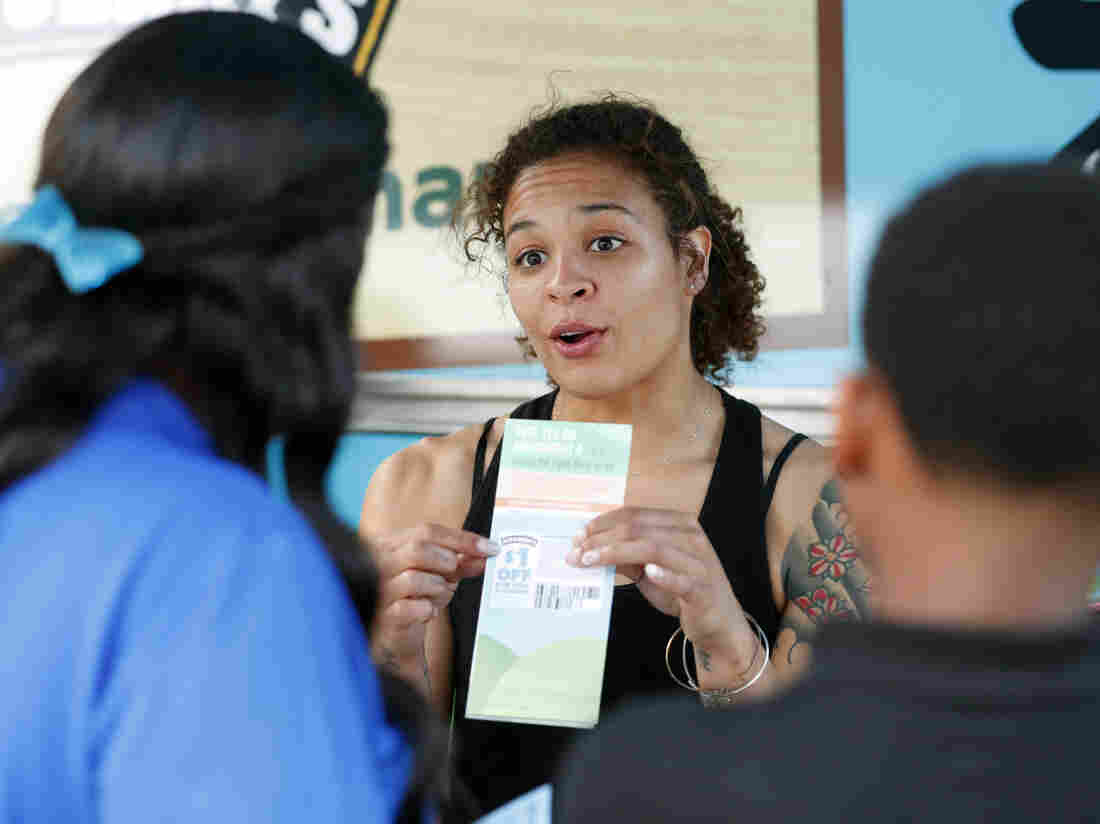 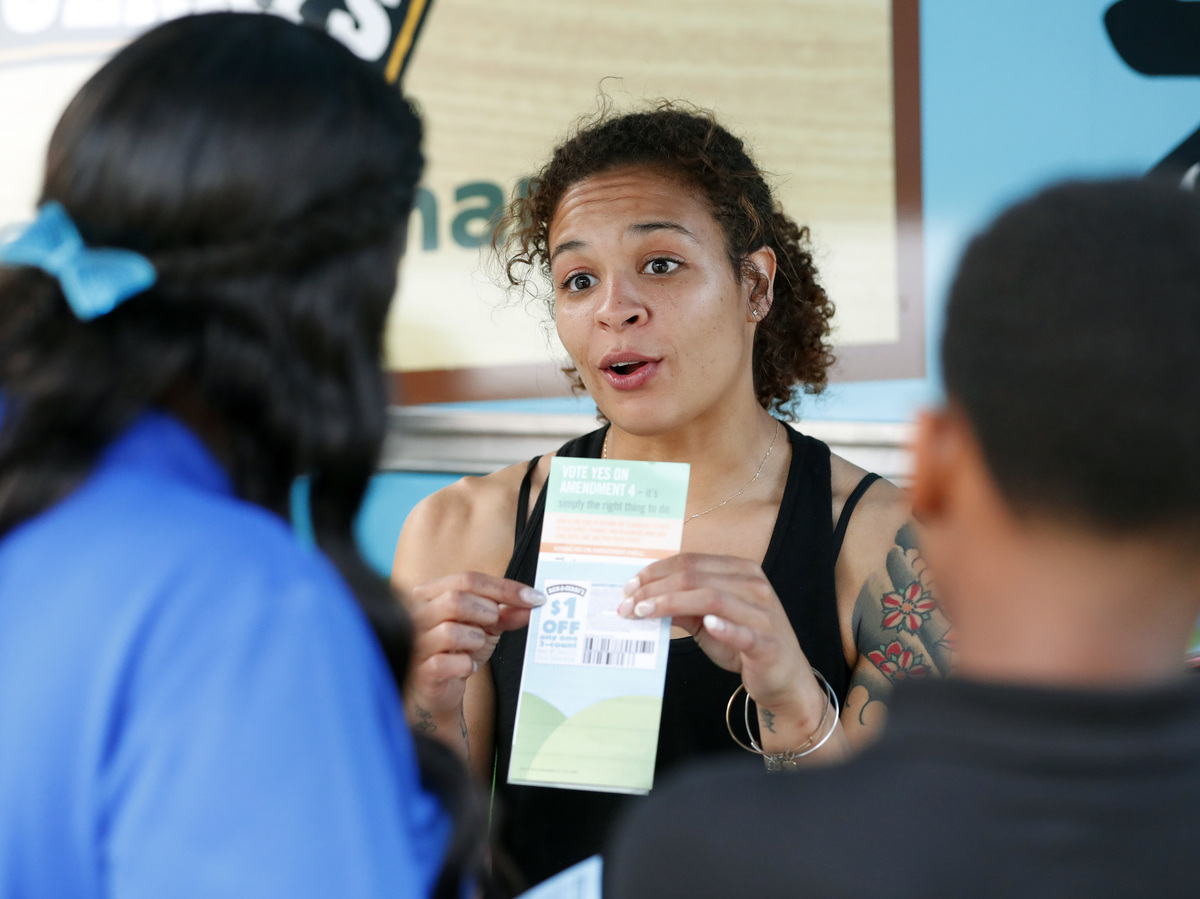 Jessica Jones (center) speaks to people gathered around the Ben & Jerry's "Yes on 4" Truck about Florida's Amendment 4 initiative at Charles Hadley Park in Miami, on Oct. 22. Amendment 4 asked voters to restore the voting rights of people with past felony convictions.

In a key ballot initiative, Florida will restore voting rights to citizens convicted of certain felonies after they have served their sentences, including prison terms, parole and probationary periods, AP has projected.

Voting rights will not be restored to those convicted of murder or felony sexual offenses.

Approximately 1.5 million people are currently barred from voting in the state because of a past felony conviction — a figure representing about 10 percent of Florida's adult population.

Felons who have served their sentences in Florida have in recent years been forced to appeal to the governor and his Cabinet for the restoration of their voting rights.

While more than 150,000 Floridians had their voting rights restored during Democrat Charlie Crist's four years in office, Gov. Rick Scott's ascension to the office seven years ago put a halt to that. Since 2011, Scott has restored voting rights to just over 3,000 people.

The current system significantly affects African-Americans in the state: More than 20 percent of otherwise eligible African-American adults are unable to vote under this process.

In February, a federal judge declared Florida's current procedure for restoring voting rights to felons to be unconstitutional.

"In Florida, elected, partisan officials have extraordinary authority to grant or withhold the right to vote from hundreds of thousands of people without any constraints, guidelines, or standards," the judge said. "Its members alone must be satisfied that these citizens deserve restoration. ... The question now is whether such a system passes constitutional muster. It does not."

The ballot initiative for Amendment 4 to Florida's Constitution could majorly affect future elections in the swing state, which has been known for its very tight voting outcomes. Florida's most notable tight race was the presidential election in 2000, when George W. Bush narrowly won the presidency.

"This is an issue that transcends rural-urban-suburban divide. It transcends the partisan divide," Neil Volz of the Florida Rights Restoration Coalition told NPR earlier this year. "And it really is something that impacts all communities and all walks of life."

Indeed, 64 percent of Floridians agreed to restore felons' voting rights, according to the Associated Press. The ballot initiative required a supermajority of 60 percent support to pass.