Accessibility links
Nancy Pelosi: Democrats 'Have A Responsibility To Seek Common Ground' The speaker of the House from 2007 to 2011 is eyeing a return to that post despite calls from many in her party for fresh leadership. Wednesday, both she and the president spoke of working together. 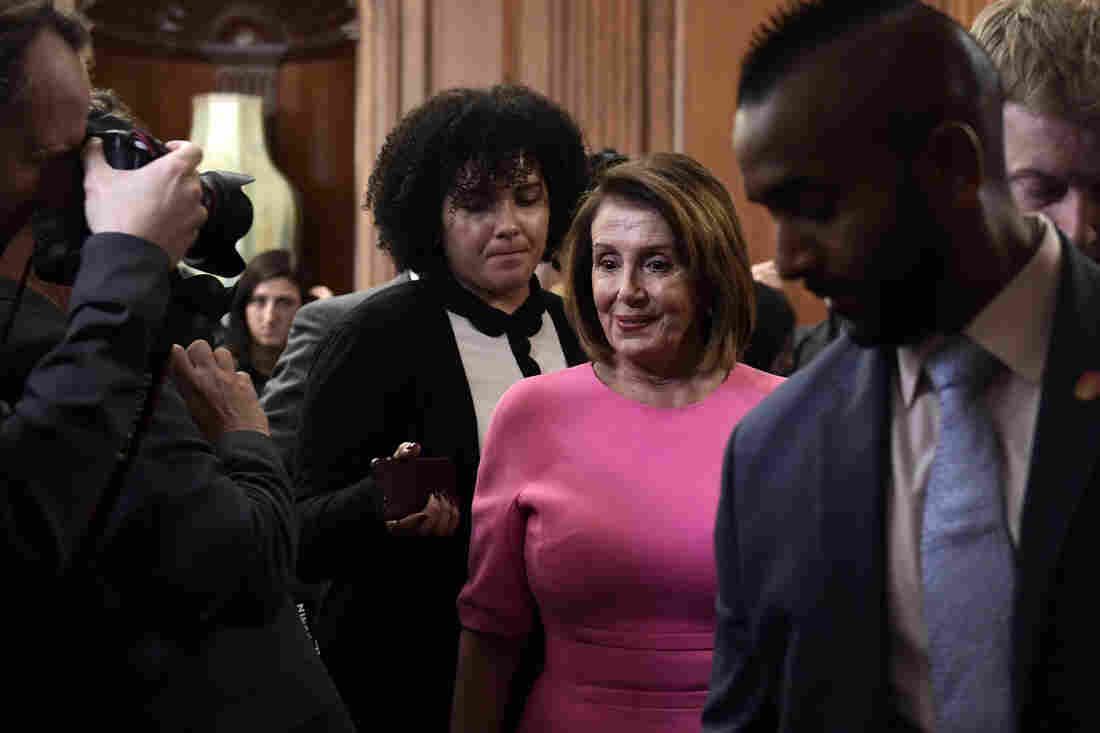 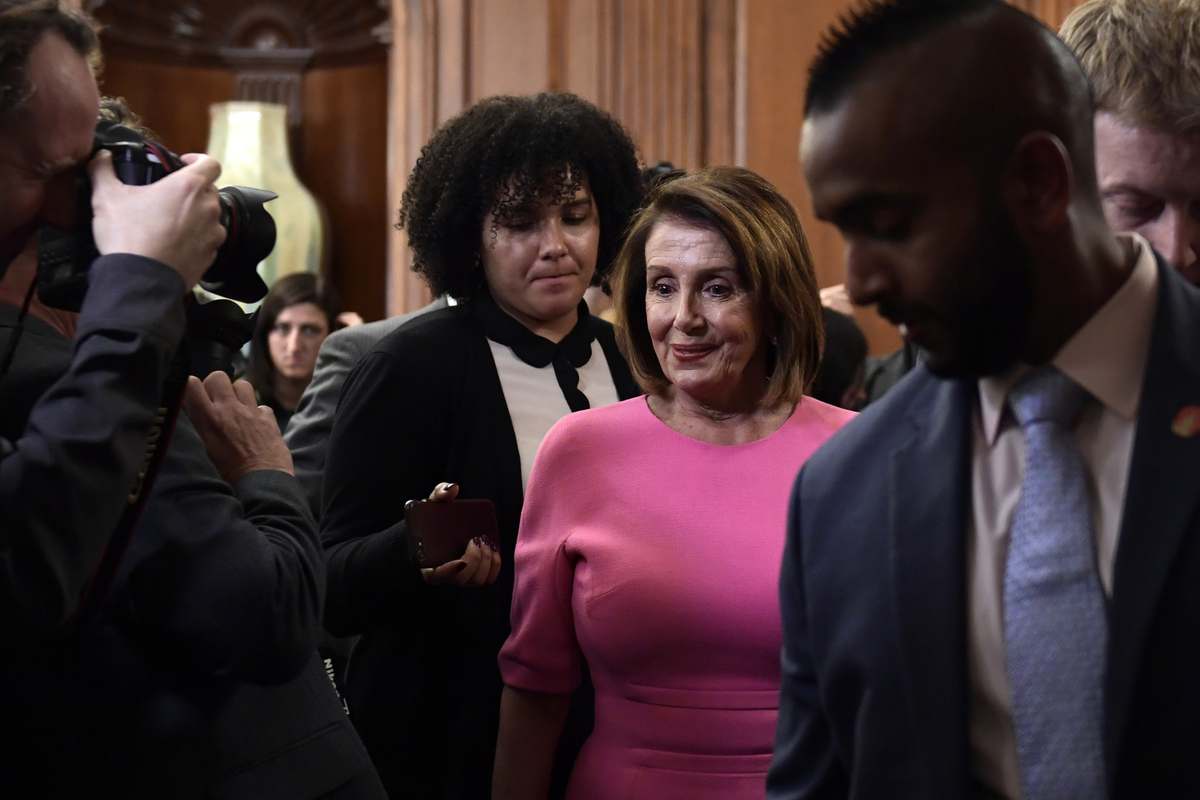 The congressional leader said that the new Democratic House majority will seek bipartisanship with Republicans, a comment that echoed what Trump himself had conveyed in his own postelection press conference.

"We believe that we have a responsibility to seek common ground where we can," Pelosi said Wednesday afternoon. "Openness and transparency, accountability [and] bipartisanship [are] a very important part of how we will go forward."

Pelosi said that she had worked well with President George W. Bush during her previous term as speaker of the House and wrapped her prepared remarks by quoting former GOP President Ronald Reagan.

Democratic Control Of The House Is Trouble For Trump, And 6 Other Election Takeaways

She said that she spoke with Trump on election night and that they had specifically discussed working together on the issue of infrastructure spending.

Trump had also told reporters Wednesday that he saw that there was an opportunity for a "beautiful bipartisan solution" on various issues — but warned that any negotiations could be compromised by aggressive Democratic investigations into his administration.

In all fairness, Nancy Pelosi deserves to be chosen Speaker of the House by the Democrats. If they give her a hard time, perhaps we will add some Republican votes. She has earned this great honor!

The California Democrat plans to run again for speaker of the House, a position she held from 2007 to 2011, despite calls from many in her party for fresh leadership. She reiterated Wednesday that she felt confident she would receive sufficient support to ascend to the role.

Democrats plan to act as a check on Trump and his administration, starting with votes on campaign finance reform and government oversight legislation.

"Yesterday's election was not only a vote to protect America's health care, it was a vote to restore the health of our democracy," Pelosi said, adding that voters acted "to put an end to unchecked GOP control of Washington."

Democrats "do not intend to abandon or relinquish" their investigative and oversight responsibilities when their majority is seated in the new Congress in January, she told reporters. "This doesn't mean we'll go look for a fight, but when we see the need to go forward, we will."

"We will drain the swamp of dark interest money in our elections," Pelosi said. "Because when we do, Americans have greater confidence in everything their Congress works on, from health care to taxes to guns to clean air to clean water for our children, when they know that the people's interest will prevail."

With Democrats In Control Of The House, Now Comes The Post-Election Wrangling

But even as Trump praised Pelosi and opened the door to collaboration, GOP Rep. Kevin McCarthy of California officially launched his campaign to lead House Republicans on a platform of confrontation, warning that Pelosi threatened their party's legislative accomplishments.

"Each one of those successes will now be under attack with a Pelosi-led House. We have a responsibility to protect our constituents from higher taxes and increasing government control over their lives," McCarthy said. "And we need to lay the groundwork to regain the majority so that we can continue working alongside President Trump to fulfill our promise to fundamentally change Washington."

Conservative Ohio Republican Rep. Jim Jordan has also announced that he would be running to lead Republicans in the House.

Senate Majority Leader Mitch McConnell, R-Ky., said he spoke with Pelosi on Wednesday morning. He noted at a press conference on Capitol Hill that they're "not unfamiliar with each other" based on their experience serving in top positions in Congress. He said, "We'll probably have a lot more dealings with each other in the future."

"We impeached him, his numbers went up, we went down," McConnell said Wednesday. "Democrats will have to decide just how much presidential harassment is good strategy. I'm not sure it'll work for them."

Asked again about this theme, McConnell said: "Presidential harassment was something we deeply engaged in, and it improved the president's numbers and tanked ours. Thus it might not be a smart strategy, but that's up to them."