In Florida Senate Race, Razor-Thin Margin May Lead To Recount

In Florida Senate Race, Razor-Thin Margin May Lead To Recount 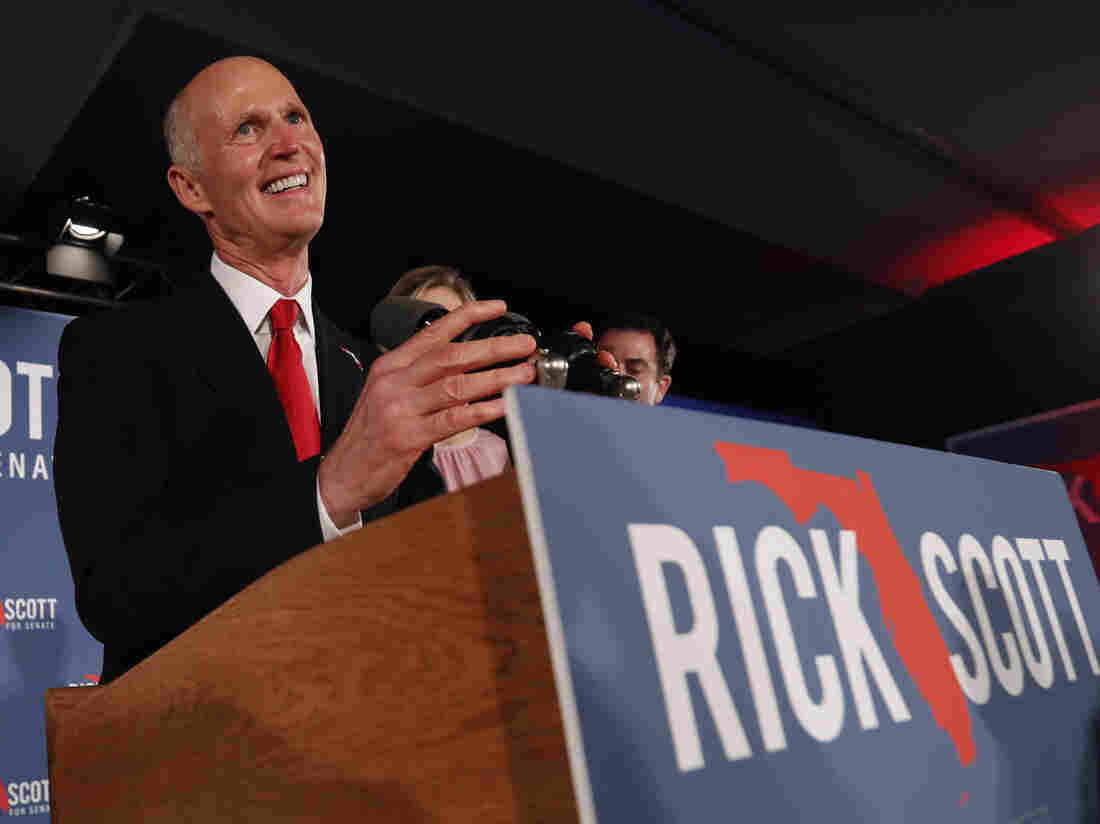 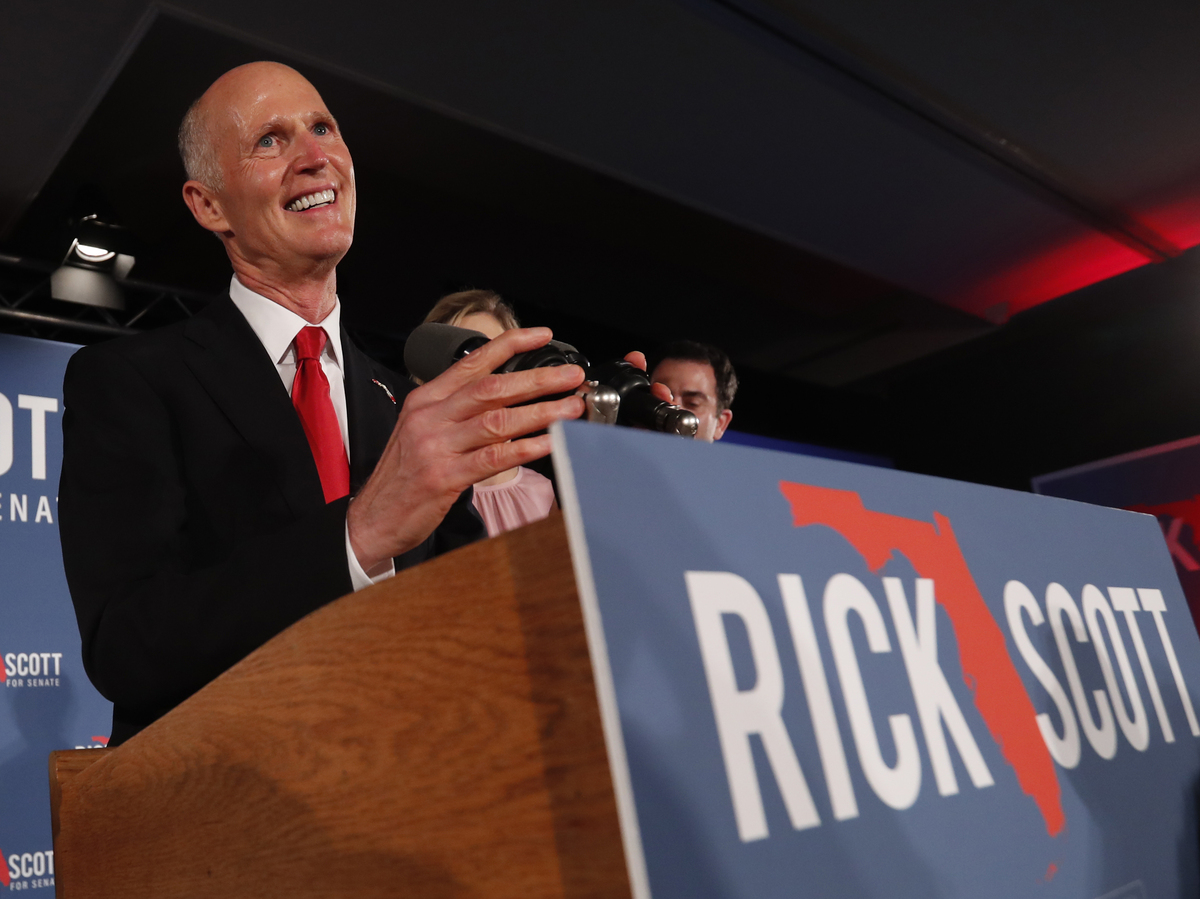 Republican Senate candidate Rick Scott has declared victory in Florida, but the Democratic incumbent, Bill Nelson, is calling for a recount.

Incumbent Sen. Bill Nelson in Florida is calling for a recount in a razor-thin race with Republican Rick Scott, the state's outgoing governor.

Scott is up by about 34,000 votes out of 8.1 million cast. That's within the half-percent margin that launches an automatic recount in Florida.

Scott claimed victory Tuesday night. But Nelson is not conceding. In a statement, Nelson said, "We are proceeding to a recount."

Nelson's campaign estimates that there are more than 100,000 ballots left to be counted.

Pensacola pollster and Republican political consultant Scott Miller says the odds are against Nelson, but it makes sense for him to wait for a recount.

"I'm not surprised," Miller said. "I mean it's kind of a free gimmee. You never know what's going to happen. There's a lot of chaos on election night."

An electronic retally would have to be ordered by Florida Secretary of State Ken Detzner, a Scott appointee, after unofficial returns are tabulated. They are due from each of the state's 67 counties by Saturday.

Scott's campaign says the race is over and accuses Nelson of trying to hold on to something "that no longer exists."

President Trump agrees. At his news conference on Wednesday, Trump said, "Rick Scott won and I helped him and I think we've done an amazing job."

Trump did make several appearances in Florida ahead of the midterms. And another Republican candidate he endorsed in the state — Ron DeSantis — beat Democrat Andrew Gillum in the Florida governor's race.

If a recount results in Nelson's defeat, Florida would lose its lone statewide Democratic officeholder.

An earlier version of this article incorrectly referred to Florida's governor-elect, Ron DeSantis, as Rick.