Accessibility links
Immigrant Communities Were The 'Geographic Solution' To Predator Priests One way Catholic leaders hid sexually abusive priests was to move them into immigrant communities where victims may be less likely to speak up.

Listen · 3:55 3:55
Immigrant Communities Were The 'Geographic Solution' To Predator Priests 3:55 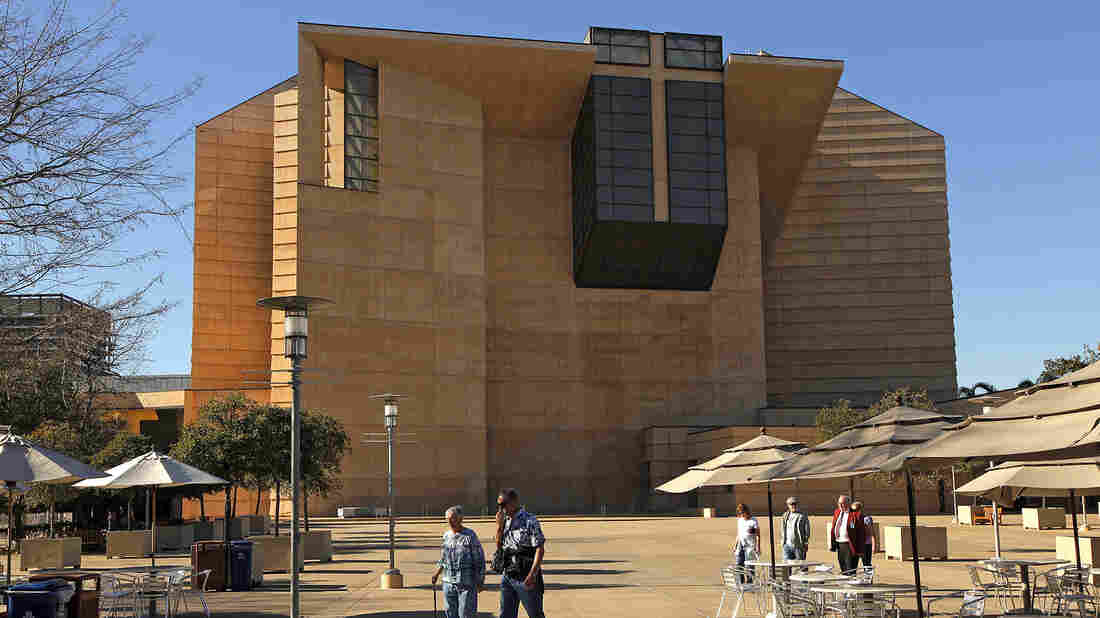 The Cathedral of Our Lady of the Angels is the seat of the Archdiocese of Los Angeles. Abuse victims in California want authorities to open a a state-wide investigation into abuse and cover-up. Damian Dovarganes/AP hide caption 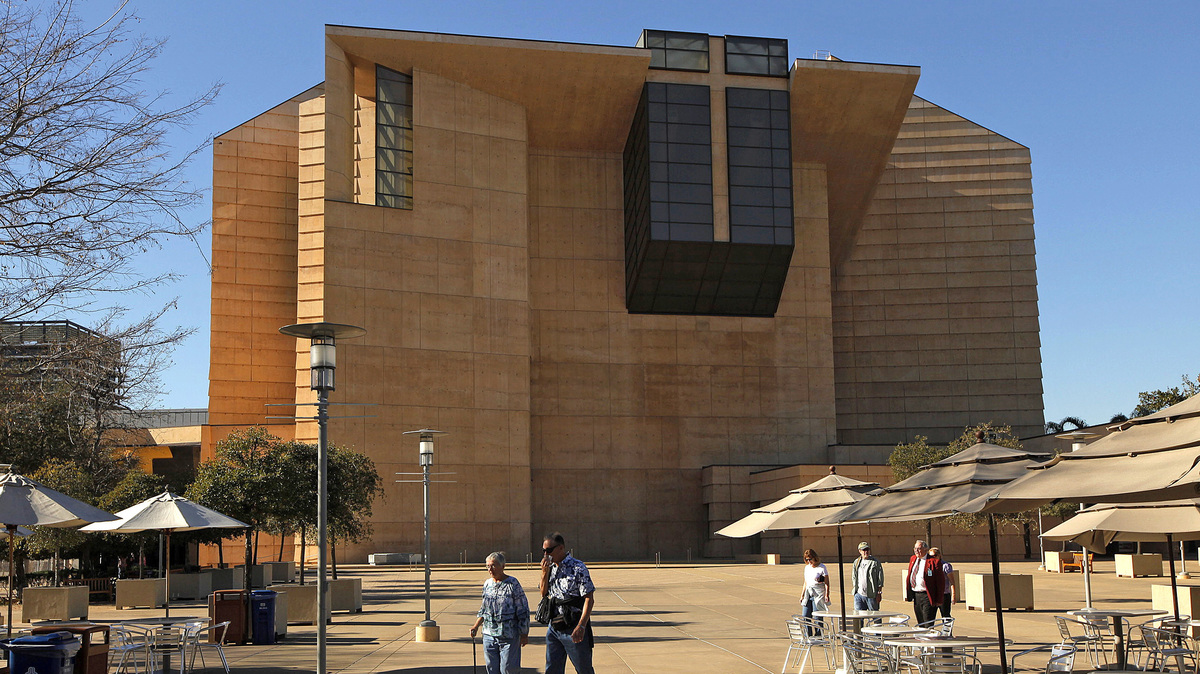 The Cathedral of Our Lady of the Angels is the seat of the Archdiocese of Los Angeles. Abuse victims in California want authorities to open a a state-wide investigation into abuse and cover-up.

Catholic Church leaders in Los Angeles for years shuffled predator priests into non-English-speaking immigrant communities. That pattern was revealed in personnel documents released in a decades-old legal settlement between victims of child sex abuse by Catholic priests and the Catholic Archdiocese of Los Angeles.

Now clergy sex abuse victims throughout California are calling on the state's attorney general to investigate clergy abuse and force church officials to release more information about their role covering it up. The goal is to discover how wide-spread the practice of hiding abusers in immigrant communities really was.

Manuel Barragan was one of those victims.

After Father Carlos Rodriguez abused a child in south Los Angeles, the Catholic Archdiocese of Los Angeles sent him into an out-of-state treatment program for pedophile priests. Then, local officials brought him back to minister to Spanish speakers in the Office of Family Life.

"He put on that suit to portray himself as a man of God, and he was an imposter," says Barragan. "He was a fake dude trying to get into little boys and little girls pants, and that's what he did.

The priest sexually molested Barragan for years, inside the family's home and on campouts. Barragan self-medicated with drugs and alcohol for a decade before he could tell his family about the abusive priest.

I'm devastated. Don't you see what he did to us?

"I would come into my parents house and I would see pictures of this guy on the wall," says Barragan. "They're put on the high pedestal, like 'This is a man of God who has blessed our family.' I'm devastated. Don't you see what he did to us?"

When he did tell them, Barragan's parents reported the priest. Three years later, representatives from the L.A. Archdiocese knocked on Barragan's door and checked him into substance abuse counseling where he started therapy.

This was 2002, and California had just removed the statute of limitations for child abuse victims. Barragan joined a lawsuit against the L.A. Archdiocese that eventually resulted in a $660 million settlement involving more than 500 abuse cases.

"Not many regions around the country have had that," says attorney Tony DeMarco, who represented Barragan and has been representing clergy sex abuse survivors since.

DeMarco says that settlement forced local Catholic officials to turn over thousands of pages of personnel files on accused priests. Those files showed how higher-ups repeatedly sent predators into communities where they knew people were less likely to speak up.

"Blatant statements as to 'there is no need to take corrective action, because folks who were undocumented won't report,'" DeMarco says. "That's in some of these files."

There are dozens of examples of immigrant communities thrown under the bus.

"This is complete pattern," says Patrick Wall, a legal advocate who coined the term 'the geographic solution' to describe the church's actions.

Before advocating for child abuse victims with Jeff Anderson & Associates, Wall was a young 'fixer' priest for the Catholic Church in Minnesota, hired to take over parishes from 6 different accused pedophiles who'd been moved away.

The country's largest Catholic Archdiocese in Los Angeles is more than three-quarters Hispanic and largely immigrant.

"The Latino community has never really been able to come with grips with this," says Wall. "They were never informed of this."

There's a good reason Latino Catholics view this issue differently than the rest of the Church, says Cecilia González-Andrieu, who teaches theology at Loyola Marymount University.

"The Latino Church was already in a really painful spot and needed the Catholic Church with moral authority to continue to fight for our human rights," she says.

Immigrant Catholics depend on the Church to speak out on issues related to legal status, poverty and healthcare.

"With this scandal cropping up, that voice is now completely gone from the conversation," González-Andrieu says.

The turmoil continues, she says, because Catholic leaders have been managing the problem, instead of addressing it head-on.

"We need to deal with that proactively," González-Andrieu says.

But it was only through legal action that Manuel Barragan learned how Church leaders facilitated his abuse. He says it'll take a statewide investigation by prosecutors to deliver justice to thousands more like him.

"Part of that process is accountability," says Barragan. "How do you move on from this if nobody's taking responsibility?"

With 10 million Catholics in the state, victims' advocates say there's much more to uncover.