Accessibility links
Trump Endorsements: 36 Of Trump's Candidates Lost Trump highlighted the success of candidates he held rallies for, embracing the idea that the midterms were a referendum on him. But his record is far more mixed than he lets on.

Scorecard: Trump Declares 'Great Victory,' But So Far 36 Of His Candidates Lost

Scorecard: Trump Declares 'Great Victory,' But So Far 36 Of His Candidates Lost 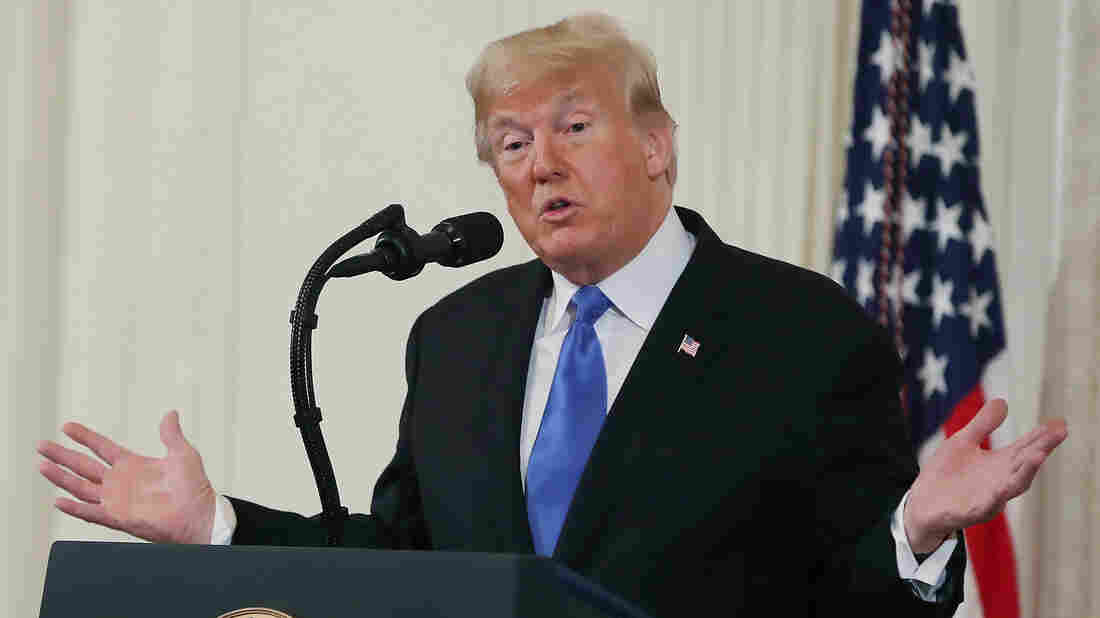 President Trump claimed victory in a news conference on Wednesday after Democrats took control of the House but Republicans kept their majority in the Senate. Mark Wilson/Getty Images hide caption 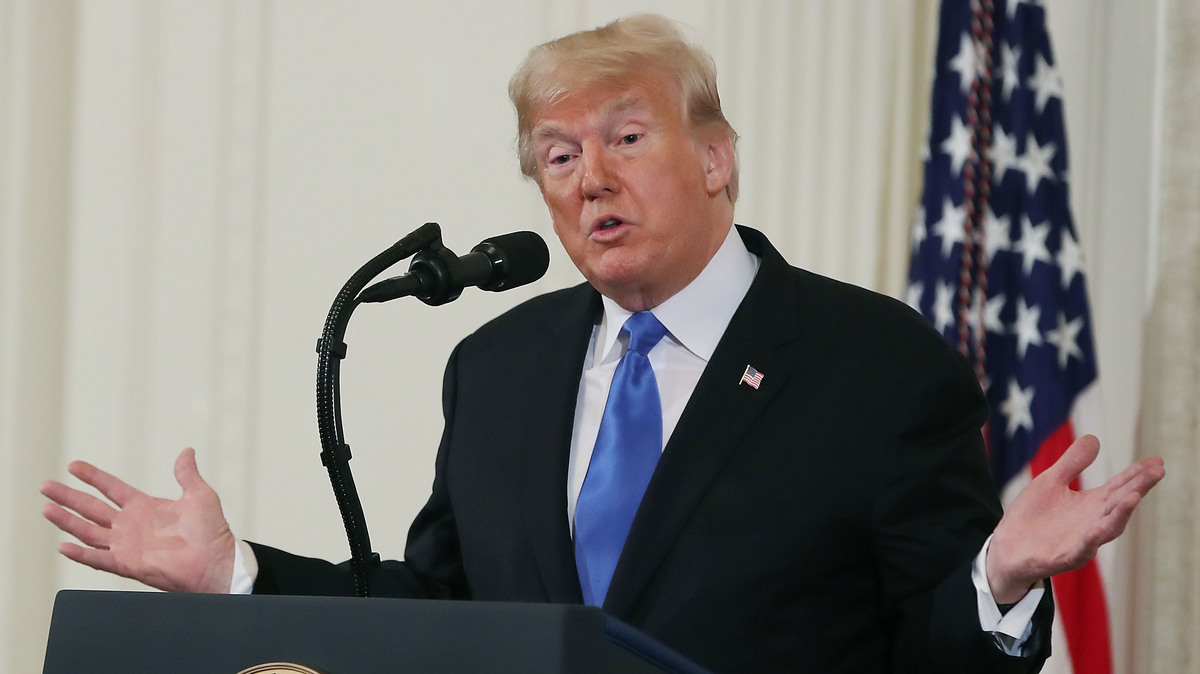 President Trump claimed victory in a news conference on Wednesday after Democrats took control of the House but Republicans kept their majority in the Senate.

President Trump often employs the power of positive thinking when it comes to his own shortcomings, choosing to promote the wins rather than wallow or search for lessons in the losses. And so it was with his claim of a "very close to complete victory" in Tuesday's election, even though Democrats took control of the House.

Touting his blitz of rallies, especially in the two months before the election, Trump said his vigorous campaigning "stopped the blue wave that they talked about," resulting in a "great victory."

"And the history really will see what a good job we did in the final couple of weeks," he said, "in terms of getting some tremendous people over the finish line."

In 2018, he held 44 "Make America Great Again" rallies and tweeted endorsements of 83 candidates. In all, 91 Republican candidates got some kind of nod from Trump.

But Trump's actual success record fell well short of a "complete victory." Overall, approximately 58 percent of the candidates he endorsed have won so far. But votes are still being tallied in a number of tight races.

Using tweets as a stand-in for endorsements, in primaries, Trump's chosen candidates fared remarkably well, with a record of 27-1. But in the general election, where Republican base voters weren't the only ones deciding the outcome, Trump's scorecard is mixed, with 53 wins, 36 losses and two races not yet decided (as of this writing). That's counting candidates he tweeted endorsements for or who spoke onstage at MAGA rallies with him. There were also two special House elections in 2018, which one of his candidates won and one lost.

In the closing week of campaigning, Trump turned away from the House, where many of the most competitive races ran through suburbs, focusing his attention on Senate and gubernatorial races in states where he is relatively popular.

On election night, White House political director Bill Stepien explained, "these are Trump states and his record of achievements going back to his historic 2016 victory put these races in play."

Overall, of the Trump-endorsed 17 candidates for governor, ten won and seven lost.

The final week of rallies does appear to have paid off, with Republicans winning governor's race in Ohio and Senate seats in Missouri, Tennessee and Indiana. In Georgia, the Republican gubernatorial candidate, Brian Kemp, declared victory, defeated Democrat Stacey Abrams. In Florida, the Trump-endorsed gubernatorial candidate Ron DeSantis won after a recount.

Trump crowed about gubernatorial wins in important 2020 swing states including Ohio and Florida, but he failed to acknowledge losses for Republicans in Colorado, Nevada, Michigan, Wisconsin and Pennsylvania.

On the day after the election, it became clear Democratic Sen. Jon Tester had squeaked out a victory in Montana. This was a race Trump had taken a personal interest in because Tester was involved in tanking the nomination of White House doctor Ronny Jackson to become VA secretary. Trump held four rallies in the state this year but wasn't able to push Republican Matt Rosendale over the finish line.

Almost a full week after the election, Rep. Martha McSally, who Trump had held a rally for, conceded the Arizona Senate race. The seat, held by retiring Trump nemesis Sen. Jeff Flake, is the second Senate seat to flip from a Republican to a Democrat in 2018. Nevada also flipped. Meanwhile, three Democratic senators lost to Republicans Trump endorsed.

Trump's record with Senate endorsements so far: ten wins, 10 losses. One race remains undecided with the Mississippi Senate race going to a runoff (as expected).

Trump argues he defied history because Republicans made gains in the Senate in a midterm. But the races this year happened to be fought in overwhelmingly friendly territory for Republicans, with numerous Democrats up for re-election in states Trump won in 2016.

Among the losses in the House were a number of Republican candidates who failed to embrace the president. In their districts, Trump was toxic and they felt they had to distance themselves from him to survive. But they lost anyway. In his news conference Wednesday, Trump mocked them.

"They did very poorly. I'm not sure that I should be happy or sad, but I feel just fine about it. Carlos Curbelo, Mike Coffman — too bad, Mike," Trump said dismissively before ticking through several other candidates who had pushed back on his rhetoric or policies. "Mia Love gave me no love. And she lost. Too bad. Sorry about that, Mia."

It's not at all clear that embracing Trump would have changed their fortunes given the mood of voters in those districts. Of the eight losing candidates Trump called out for not holding him closely enough, Trump had endorsed three of them.

Overall, Trump's record in House races where he endorsed candidates at rallies or on Twitter was 33 wins, 19 losses and one still undecided.