Accessibility links
Love Knows No Species: Emu And Donkey Have Fallen For Each Other, Caretakers Say "They like to cuddle and even sleep together," a North Carolina caretaker says of a recently rescued emu and donkey. "We can't separate them."

Love Knows No Species: Emu And Donkey Have Fallen For Each Other, Caretakers Say

Love Knows No Species: Emu And Donkey Have Fallen For Each Other, Caretakers Say 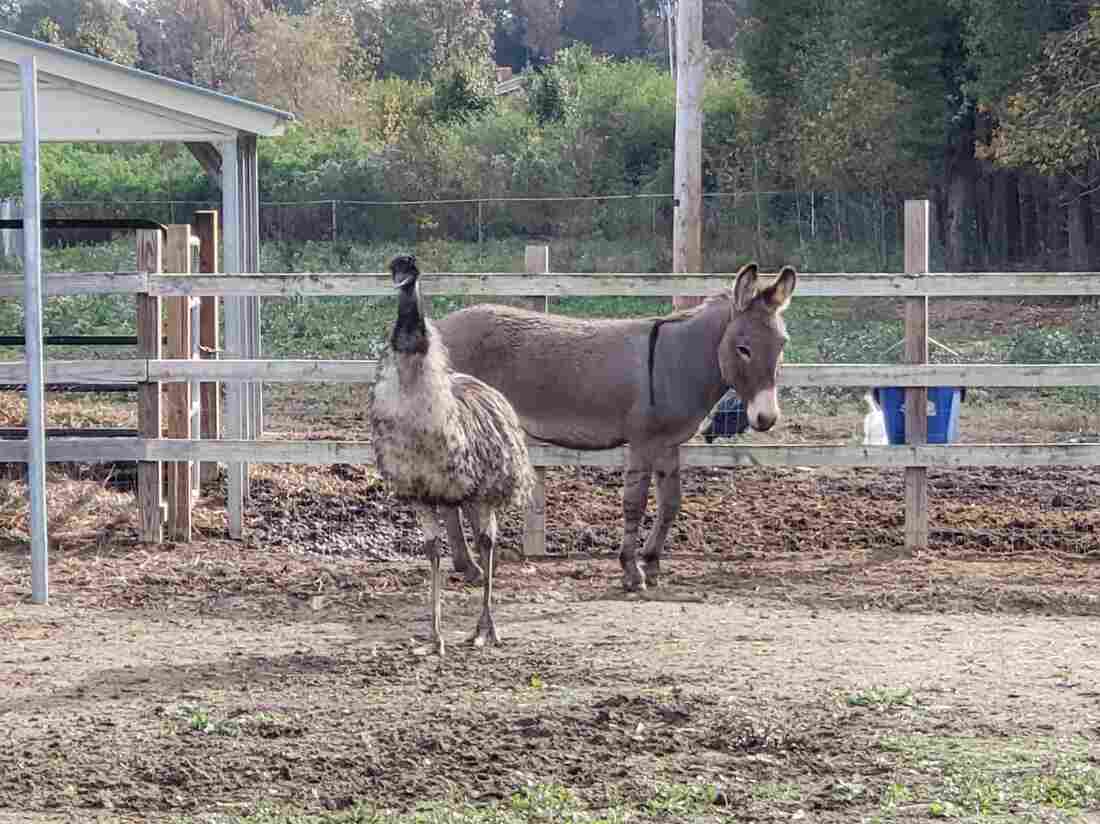 An emu and a donkey, seen here at a North Carolina animal shelter, have reportedly "fallen in love." Carolina Waterfowl Rescue hide caption 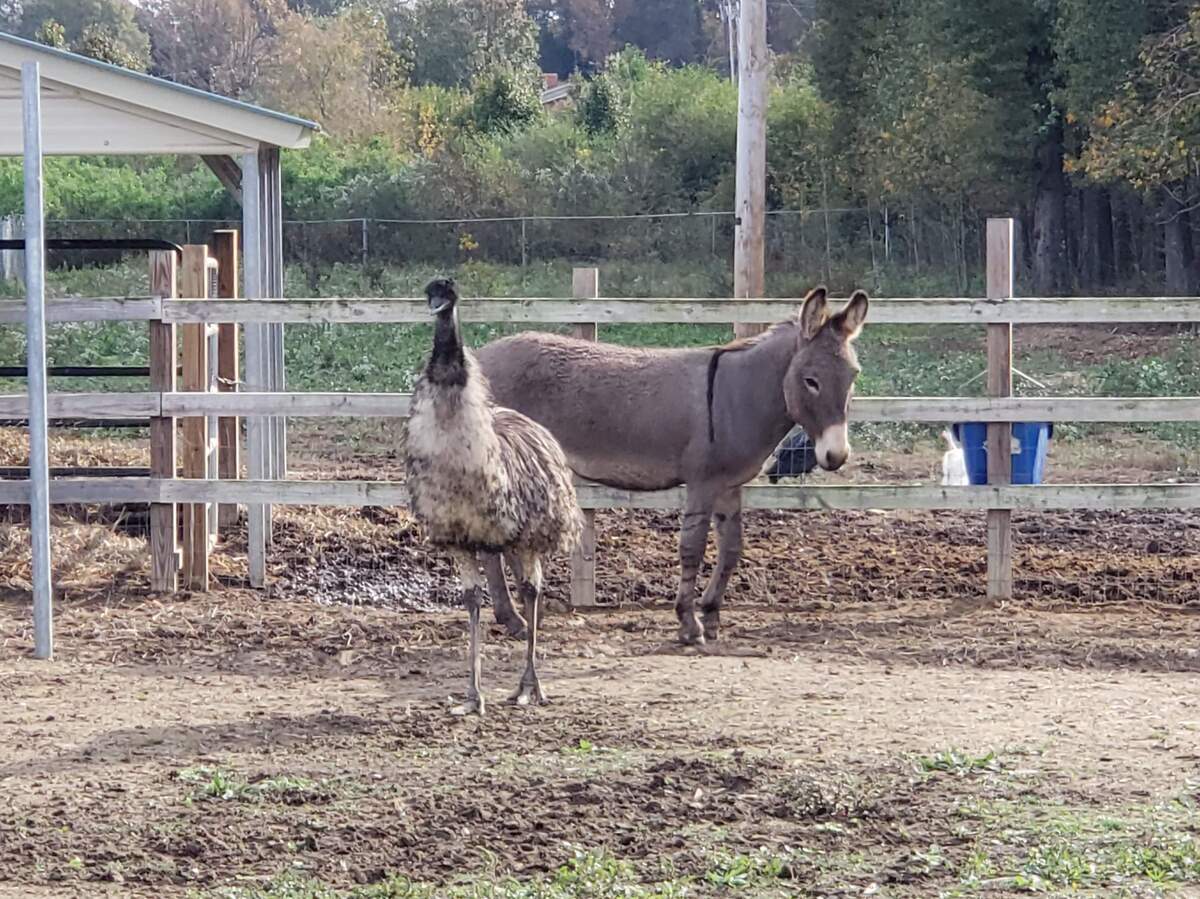 An emu and a donkey, seen here at a North Carolina animal shelter, have reportedly "fallen in love."

A male donkey and a female emu have reportedly "fallen in love," creating an unexpected roadblock for a North Carolina animal shelter in rehousing them.

The unlikely pair have been "comforting each other" for possibly as far back as years at a farm in Kershaw, S.C., Jennifer Gordon of the Carolina Waterfowl Rescue told The Charlotte Observer. The animals were discovered after the owner of the farm seemingly abandoned it last week.

Gordon guesses the animals' relationship grew out of loneliness there. "They are very bonded," the Carolina Waterfowl Rescue said in a Facebook post.

"They like to cuddle and even sleep together," Gordon told the Observer.

The rescue took the farm's animals, including dogs, cats and chickens, in on Monday. Volunteers attempted to separate the donkey and emu in different enclosures.

Animal Love: How A Shelter Director Is Saving The Lives Of Cats And Dogs

The donkey started to cry and the emu grew upset and "paced around like an expectant father," the Observer reports.

Gordon added that the donkey attacked three other donkeys with which he briefly lived.

"He'd rather be with the emu," she said. The pair is now in the same enclosure.

So far, they're unnamed. The Carolina Waterfowl Rescue asked for name ideas in a Facebook post. There have been multiple Bonnie and Clyde suggestions.

Some researchers are intrigued by the subject of such relationships, many that have gone viral on social media in the form of videos depicting "animal friendships."

"There's no question that studying these relationships can give you some insight into the factors that go into normal relationships," Gordon Burghardt, a professor of psychology, ecology and evolutionary biology at the University of Tennessee, told The New York Times in 2015.

Other scientists have pointed out that such relationships take place almost exclusively in human-controlled environments, suggesting that, for that reason, they are less than authentic.

The Carolina rescue hopes to find homes for all of the animals at the abandoned farm, but finding one willing to take both may prove difficult.

"We can't separate them, so we need someone who is willing to adopt both a donkey and an emu. That may not be easy," Gordon said.