Accessibility links
After Parkland, Young Voters Were Galvanized, Activists Vow To 'Continue To Organize' Following the shooting this year at a Parkland, Fla. high school, there is evidence of a surge in voter registration and early voting among young voters, energized by the issue of gun control. 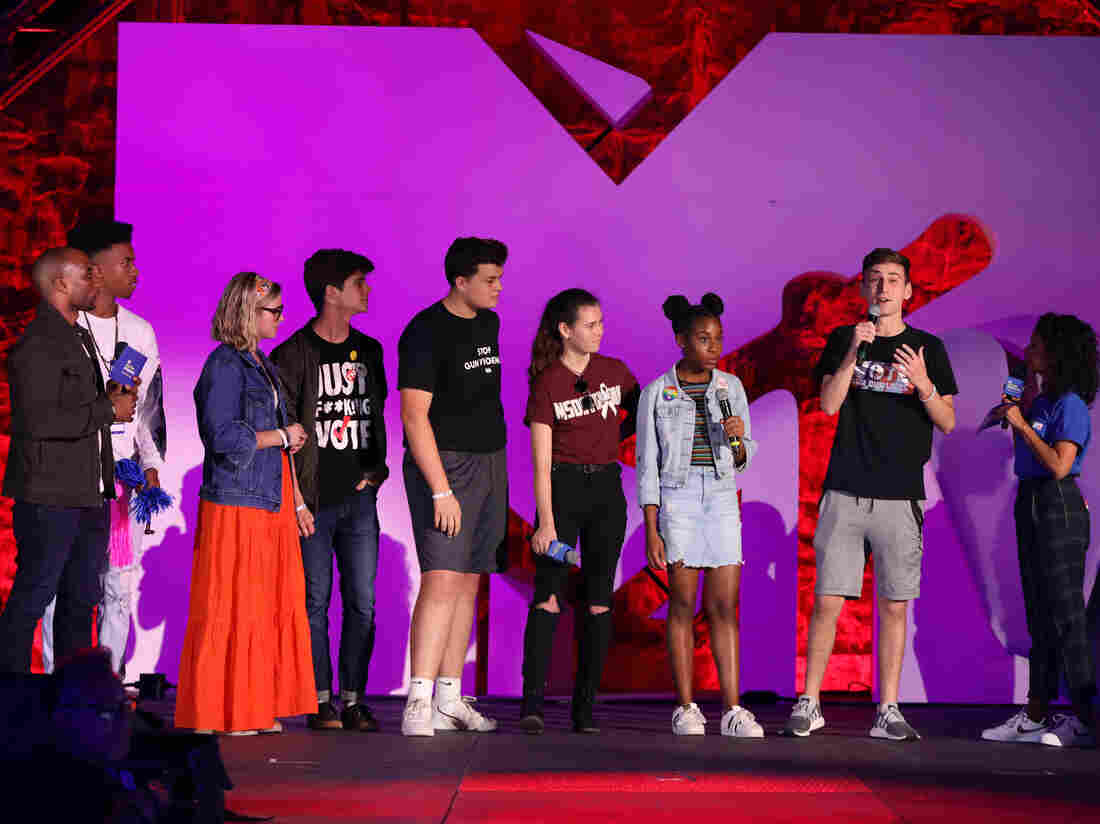 March of Our Lives Founders and entertainer Liza Koshy onstage at the MTV +1 The Vote "Election Afterparty" on Tuesday in Miami. Alexander Tamargo/Getty Images for MTV hide caption 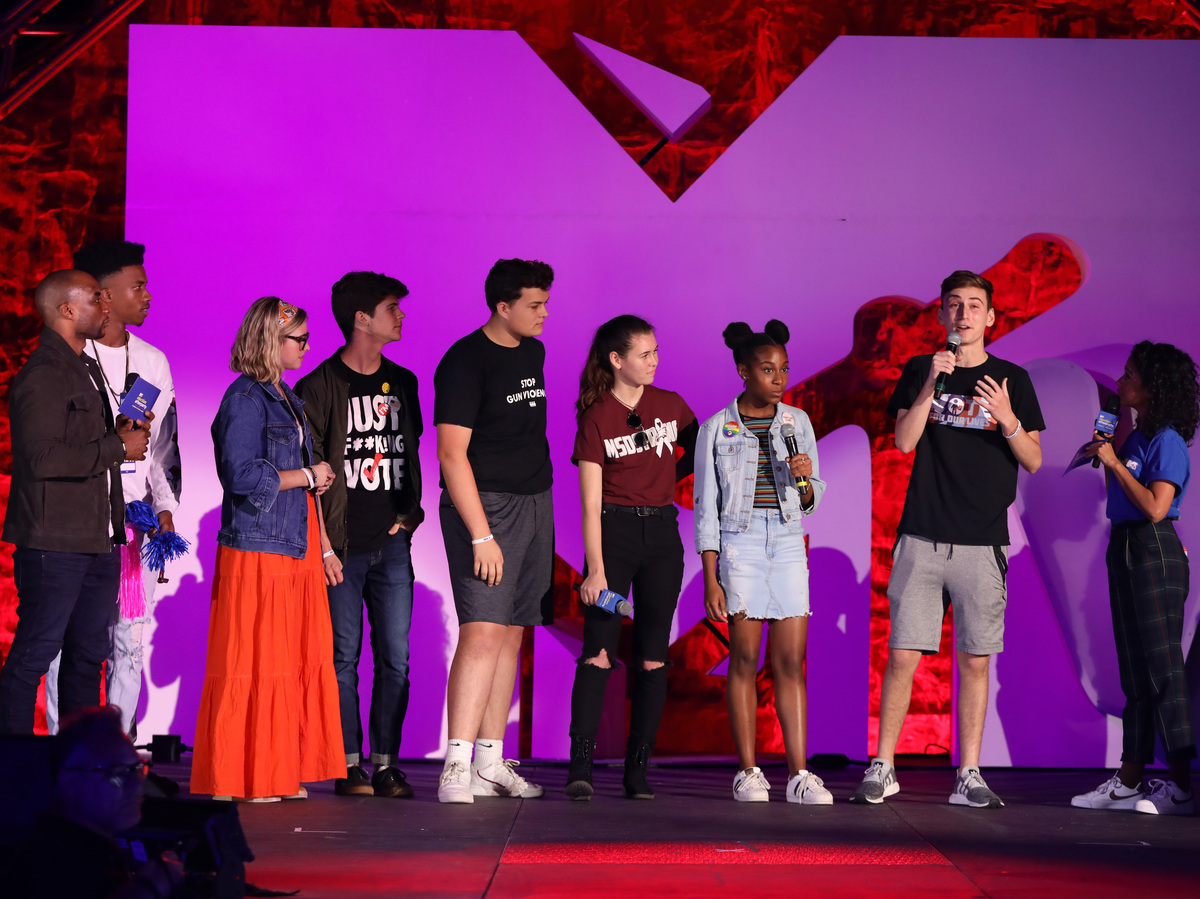 March of Our Lives Founders and entertainer Liza Koshy onstage at the MTV +1 The Vote "Election Afterparty" on Tuesday in Miami.

After 17 people were killed in a school shooting in Parkland, Fla. earlier this year, students emerged as a driving force behind the gun control debate.

Numbers are still being crunched, but early figures indicate turnout in the midterms among young voters jumped this year. And gun policy may have played a key role in, if not mobilizing, this bloc — and at the very least getting this cohort engaged in the electoral process.

Gun violence is a problem that is ubiquitous in the U.S. and mass shootings are becoming increasingly more commonplace.

On Wednesday, a dozen people were killed at a country music bar in Thousand Oaks, Calif. That shooting came just a few days after one at a Tallahassee yoga studio, and a week before that a gunman killed 11 worshippers at a Pittsburgh synagogue.

These incidents were just in the past two weeks.

Alessia Modjarrad, a freshman at Indiana University, voted for the first time in this week's midterms. She said she worked hard to get what she calls "gun sense" candidates elected, but her efforts fell a little short.

"Unfortunately Liz Watson, the campaign I was volunteering for, and Sen. Joe Donnelly both lost a seat," Modjarrad said.

Modjarrad is disappointed by those losses but optimistic about the fact that Democrats took control of the House of Representatives and will be sending a record number of women to the 116th Congress next year.

Shaping gun policy is an important issue for her.

According to data released Wednesday from Tufts University's Center for Information and Research on Civic Learning and Engagement, estimates show about a third of young people ages 18 through 29 turned out to vote in the midterms.

While these figures are not definitive because most states have not certified their election tallies, the signs are encouraging. If the figures hold true, it would mean millions more young people showed up to the polls than in 2014.

John Della Volpe, the director of polling at Harvard's Institute of Politics, says the issue of gun violence is critical to understanding the enthusiasm of young voters this time around.

"It's a central motivating factor in the awakening of this generation, for sure," Della Volpe said.

Della Volpe said he spent much of the summer conducting focus groups and meetings with young Americans across the country. He said out of 16 issues that were determined to be the most pressing for the nation to address, from immigration to criminal justice reform to health care, one issue kept topping the list.

"In every single way that I can measure, school shootings was actually No. 1," Della Volpe said. "Gun violence was in the top five, but school shooting in particular is what stood out for a majority of young Americans."

People should not be dying in America because they're going to go to a Madden tournament or go grocery shopping, or just be Jewish and practice their religion or just be black in America.

Della Volpe and others credit the March For Our Lives movement for helping to register young voters and keeping the gun issue alive throughout 2018.

Matt Deitsch graduated from Marjory Stoneman Douglas High School in Parkland a few years before the shooting, but he has two siblings who survived the Feb. 14 massacre.

He is frustrated that no major gun laws have passed on a federal level and that so many shootings have taken place since the one at his alma mater.

"People should not be dying in America because they're going to go to a Madden tournament or go grocery shopping, or just be Jewish and practice their religion or just be black in America," Deitsch said.

"But that is what is happening because we have complacent leadership."

Deitsch is the chief strategist of March For Our Lives and said the gun control fight doesn't end with the election.

"I think a lot of our work is going to be to continue to organize. We have to hold this Congress accountable."