Accessibility links
Kemp Resigns As Georgia Secretary Of State, Claims Victory In Governor Race The Republican announced he would resign as secretary of state on Thursday after a lawsuit was filed calling it a conflict of interest for him to oversee the vote count in the governor's race. 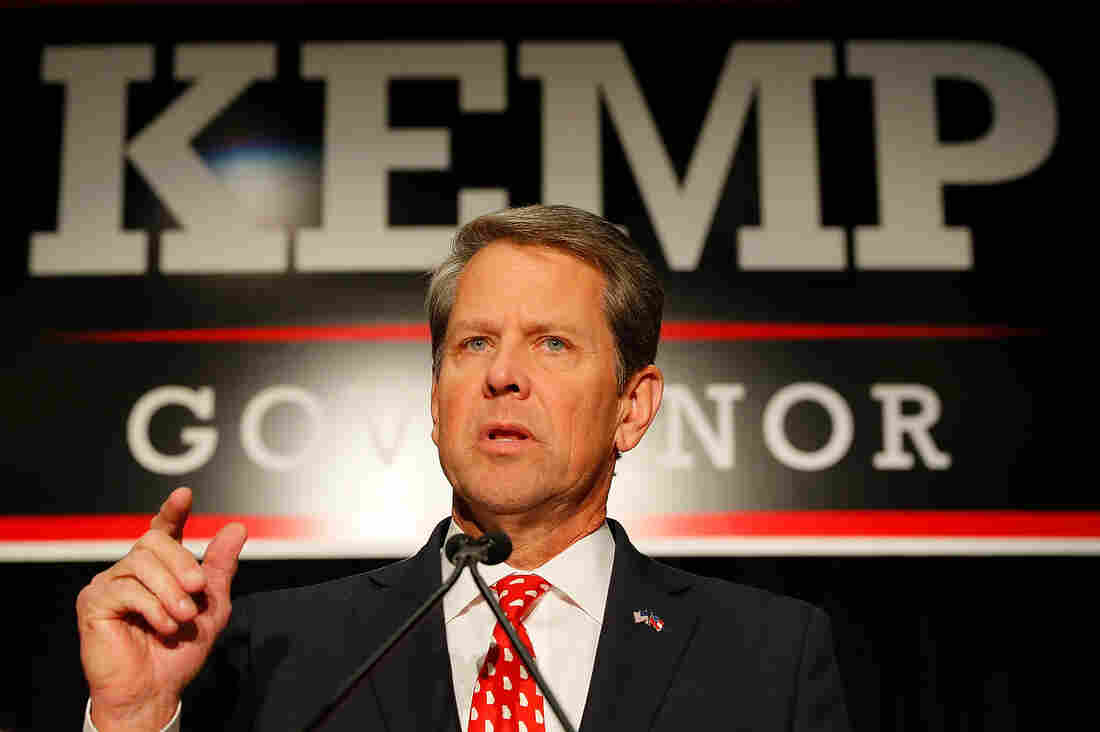 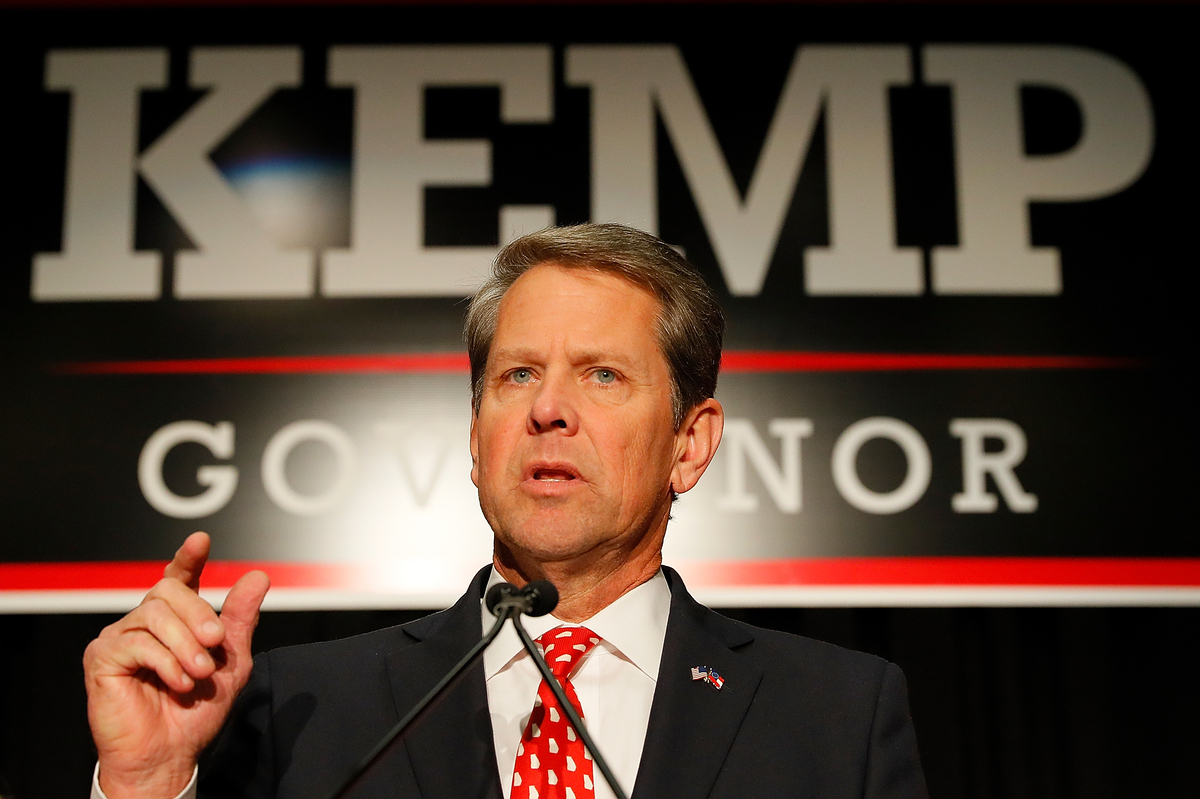 Republican gubernatorial candidate Brian Kemp has declared victory in a closely-fought race with Democrat Stacey Abrams that included accusations he abused his office to win the election.

Republican Brian Kemp has declared victory over Democrat Stacey Abrams in Georgia's bitterly-fought gubernatorial race. But Abrams has not conceded and wants all provisional and absentee ballots counted first.

Kemp announced he was resigning his post as secretary of state, effective at 11:59 a.m. Thursday, after a lawsuit was filed calling it a conflict of interest for Kemp to oversee the vote count in a race he's involved in.

"We've won and now I've got to move on, but the process is true and has been for many, many years in Georgia. That's another reason we're going to have a new SOS that certifies elections to make that clear to Georgians that I understand that, so that they have confidence in the process," said Kemp.

But later in the day, his campaign sent reporters a statement claiming, without evidence, that Abrams is trying to "steal" the election.

"Stacey Abrams can't accept the fact that Georgians rejected her radical agenda at the ballot box, so now she's desperately trying to steal this election in the courtroom," said Ryan Mahoney, the campaign's communications director, in the statement.

"After realizing that it was mathematically impossible to win the race with votes outstanding, Abrams' team has decided to file frivolous, politically motivated lawsuits that will force elections officials to break the law and add votes that didn't exist on Election Day. Simply put: Abrams campaign is trying to create new votes, because they know it's their only remaining hope."

Kemp received just over 50 percent of the vote on Tuesday, and his campaign says the numbers show Abrams will not be able to beat him or trigger a recount.

"This election is over. The votes have been counted. There's a clear winner. Brian Kemp is the governor-elect in Georgia," Kemp adviser Austin Chambers declared in a conference call with reporters.

Democrats Gain In Governors' Races, But Miss Chance At History

The Secretary of State's Office on Thursday posted a county-by-county breakdown that shows thousands of provisional ballots in Abrams-friendly metro Atlanta.

The deadline is Friday for voters who cast provisional ballots to confirm their eligibility with county officials. The Abrams campaign says it has launched an "aggressive provisional ballot chase program," spending money on radio ads encouraging voters to call the Democratic Party's voter protection hotline.

The Abrams campaign says she will need 23,783 votes to get a recount in the race and points to 25,000 total outstanding ballots yet to be counted.

Her campaign manager, Lauren Groh-Wargo, says that by declaring victory, Kemp is abusing his power as secretary of state.

"If this is not a breach of public trust ... I don't know what the definition of that is," said Groh-Wargo.

The Abrams campaign also announced it is suing a southern Georgia county over mail-in ballot delays because of Hurricane Michael. The campaign wants the deadline to receive mail-in ballots extended to Friday.

Prominent Georgia Republicans like U.S. Sen. David Perdue were quick to offer their congratulations to Kemp.

County officials have until next Tuesday to certify their results. Statewide certification must come by Nov. 20.

The way Kemp used his office in the final days of the campaign created controversy.

On Sunday, the Secretary of State's office accused Georgia's Democratic Party of Georgia of trying to hack into the state's voter registration system without offering any evidence to back up the claim.