Accessibility links
Jeff Goldblum The Jazz Artist? Life, Uh, Finds A Way At his weekly gigs in L.A. — and now on a new live album — you'll find the actor playing keys one moment, holding court with attendees the next and just generally being ... well, Jeff Goldblum. 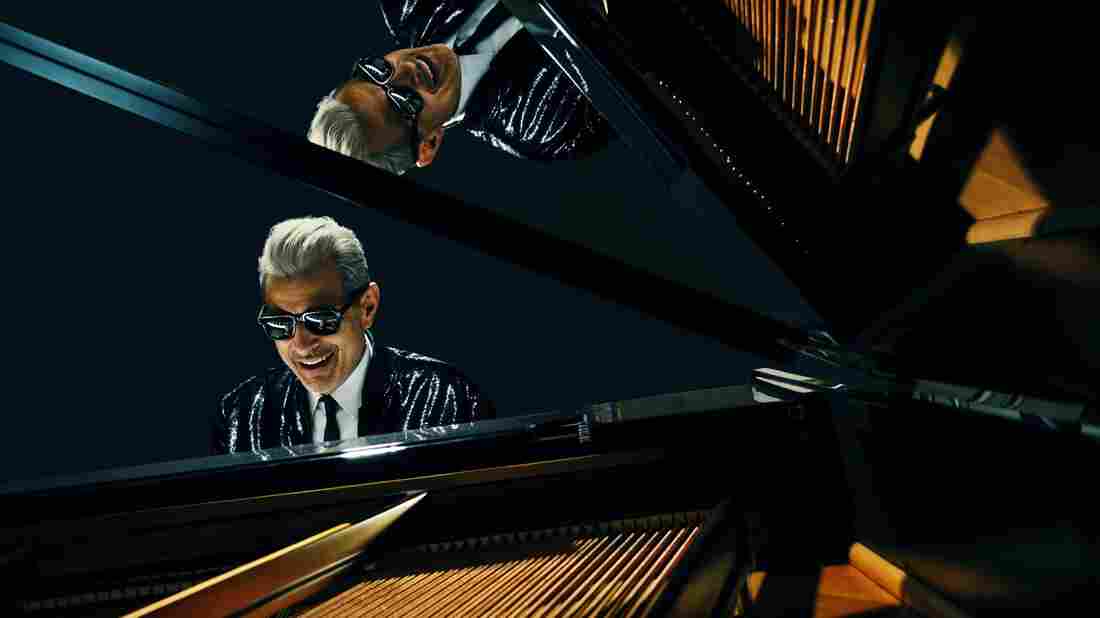 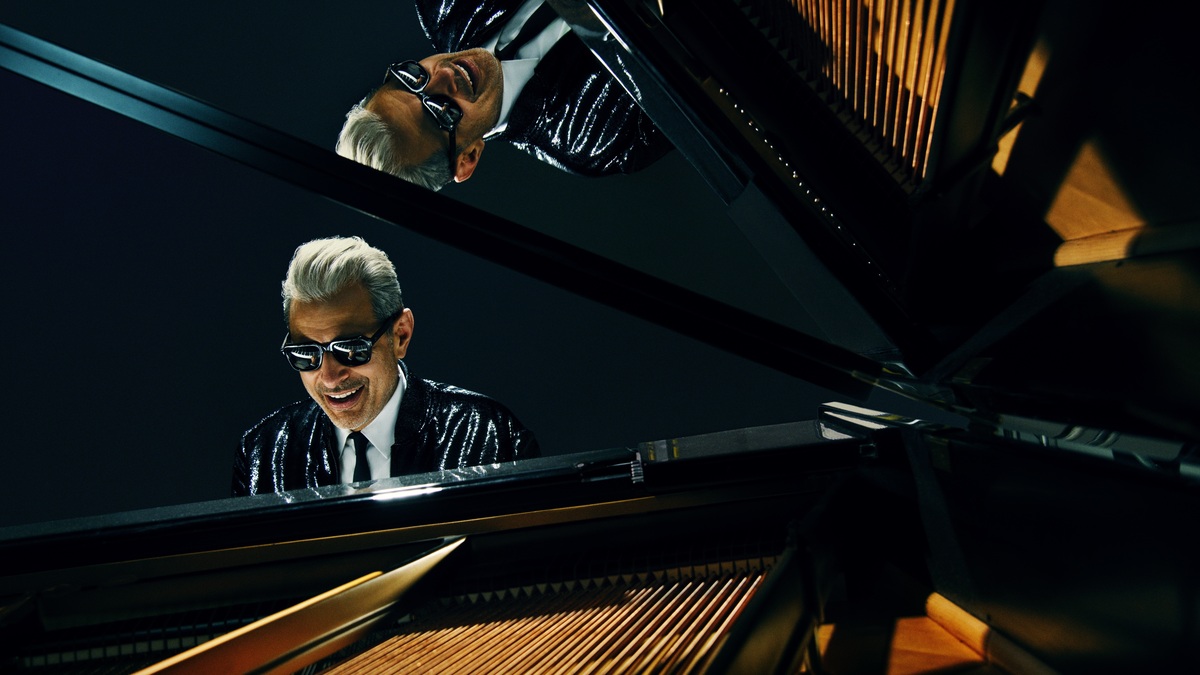 Pari Dukovic/Courtesy of the artist

When he's not busy on a movie set, Jeff Goldblum owns Wednesday nights in Los Angeles.

The actor, known for roles in Hollywood blockbusters and a singular, chin-stroking comic persona, plays piano in a jazz band with a standing weekly gig, which he calls The Mildred Snitzer Orchestra. The performances are casual and unstructured, with the man of the hour playing keys one moment, holding court and posing for photos with attendees the next, just generally being ... well, Jeff Goldblum.

NPR's David Greene joined Goldblum to talk about The Capitol Studios Sessions, an album that captures the live show by recreating it — bringing a stage, a buffet, a live audience and guest stars including comedian Sarah Silverman into the storied recording space.

On discovering jazz as a teenager

Some of these chords started to do something to me that I hadn't experienced before, and that was just delicious to me — when I discovered that blues scale, my God. So I learned a little bit about that, and got to start to play things. And then — listen to this, what a strange boy I was — one day when I was 15, I locked the door from the inside in our study, where I didn't think anybody would find me, hear me or bother me. Got the yellow pages, looked up cocktail lounges, and starting with A and going down to Z, I cold-called. I thought I was some kind of scammy salesman or something like that. And I said, "Hi, I understand you need a piano player." Most of them would say, "No, you've been misinformed" — hang up on you. [But] some would say, "Well, jeez ... we have a piano. Nobody's been playing it. You play?" And so I did, and I got a couple of jobs. It was magical.

On how his two creative practices affect one another

There's a cross-training aspect of this, so that my music, I'm just doing it for fun, without nerves really. It has bled over into my acting experience. ... I didn't [used to] feel like a fraud exactly, but I felt like I had to shock myself into functionality. I felt I had to rearrange my molecules and achieve some kind of condition of freedom or aliveness, in order to be worthy of participation in some show or another. The seeds of me knowing myself were there, but it was unformed and underdeveloped, and I had good reason to be scared.

On the social element of his jazz shows

It has become kind of an improvised show, where I commune with people and meet them, and interesting people show up. It's kind of a living room experience that we turn it into. No one's turning on the lights or introducing me; I kind of start talking and taking pictures with them and finding out who they are and playing games with them, which I like to do. Everything is sort of playful. ... People seem to get a kick out of it. And then I go on my Instagram account the next day, see if they've posted anything ... see how I looked the night before, see how they looked. See if they're people I can remember. "Oh, yeah. They were nice."