Accessibility links
Trump Falsely Claims Not To Know The Man He Hand-Picked As Acting Attorney General Trump said on Friday that he doesn't know Matthew Whitaker. Last month on television, the president said not only that he knew him but that he is a "great guy." 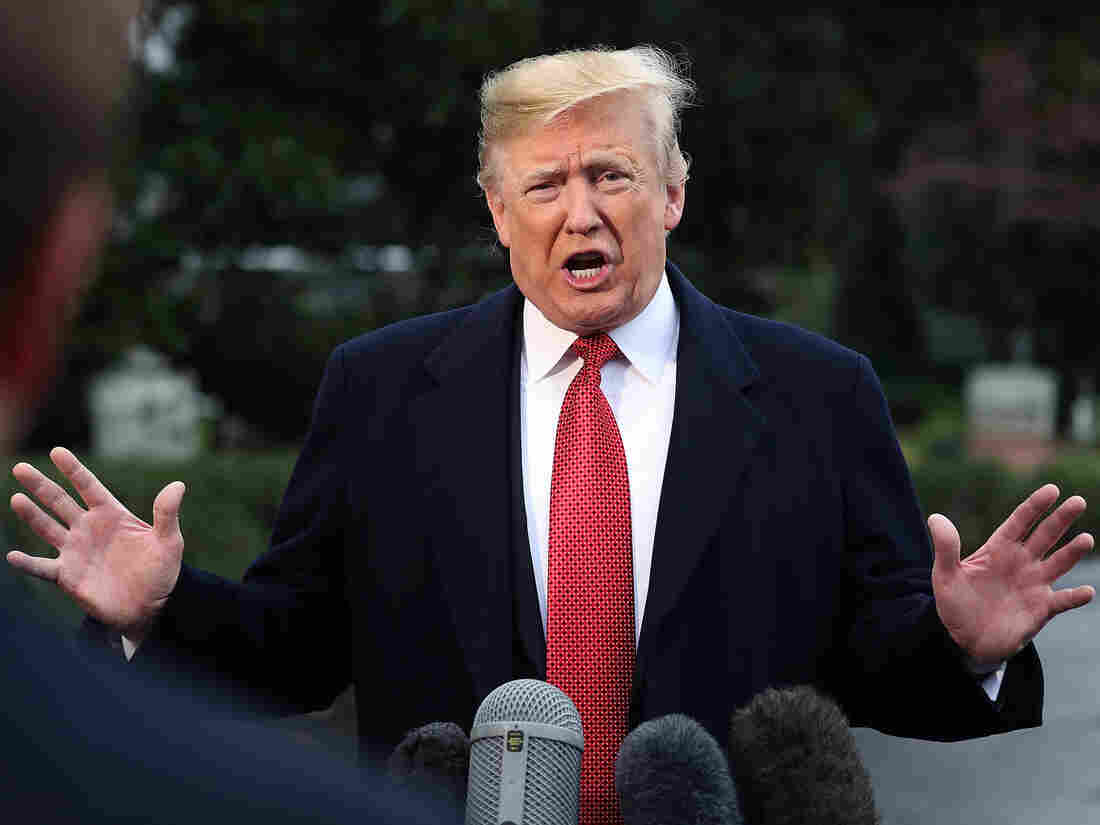 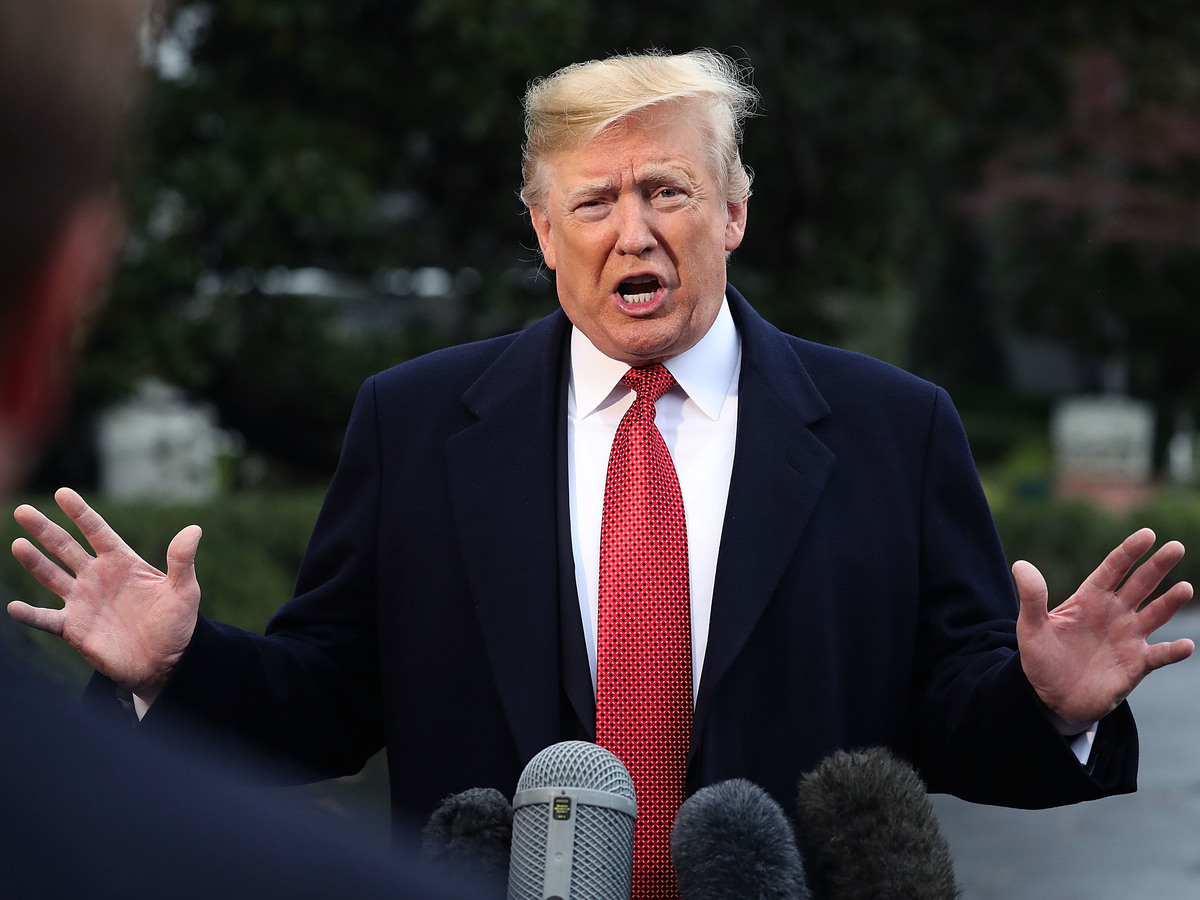 President Trump talked with reporters on Friday before leaving for his trip to Europe. The president said he didn't know the acting attorney general he'd earlier called a "great guy."

President Trump defended his selection of acting Attorney General Matthew Whitaker on Friday as new questions arose about Whitaker's fitness for the post and whether his appointment is legal.

Trump named Whitaker to the acting position on Wednesday after abruptly forcing out Attorney General Jeff Sessions. In doing so, the president passed over Deputy Attorney General Rod Rosenstein, installing a political appointee with a record of criticizing special counsel Robert Mueller's investigation of Russian interference in the 2016 election.

Trump, who has frequently dismissed that probe as a "witch hunt," feigned ignorance of Whitaker's background.

In fact, Trump has met with his hand-picked appointee more than a dozen times. As Sessions' chief of staff, Whitaker reportedly accompanied his boss to the Oval Office on multiple occasions.

"Matt Whitaker is a great guy. I mean, I know Matt Whitaker," Trump told Fox News last month. At the time, Trump also sidestepped questions about whether he was preparing to get rid of Sessions.

"I'm not doing anything," he said. "I want to get the elections over. We'll see what happens."

Sessions' dismissal came one day after the midterm votes were tallied.

Trump is said to be a fan of Whitaker's appearances on cable television before he joined the Justice Department. Whitaker voiced doubts about the scope and direction of the Russia probe and suggested a future attorney general might put the brakes on Mueller by cutting off funding for the investigation.

On Friday as he left for Paris, the president dismissed the argument that Whitaker's past comments might disqualify him from overseeing the special counsel.

"I see different people at different times going on shows. Am I supposed to say, 'Oh, now he's never qualified to serve in government?' " Trump asked. "You'd have nobody left to choose. You'd have absolutely nobody left."

When a reporter asked Trump if he wants the acting attorney general to rein in Mueller, the president answered: "What a stupid question."

Many Democrats and some Republicans are asking the same question.

Senate Minority Leader Chuck Schumer, D-N.Y., wrote a pointed letter to the president asking whether he discussed the special counsel's probe with Whitaker prior to his appointment this week and whether Trump sought or received a pledge of loyalty from Whitaker.

Schumer also asked Trump for "specific reasons" why he installed Whitaker in the attorney general's office rather than Rosenstein, who is next in the line of succession.

Some legal analysts say that choice may be illegal because unlike Rosenstein, Whitaker had not been confirmed for his job by the Senate.

Trump tried to deflect that argument, noting that the Senate had not weighed in on Mueller's appointment either. There's no such requirement for a special counsel.

"Don't tell me about Whitaker," Trump said, "because Mueller was not Senate-confirmed."

A few members of Congress have discussed reviving proposed legislation soon that would enshrine protections for Mueller in law. Sen. Susan Collins, R-Maine, for example, said on Friday that she would support a bill that would mandate that only a Senate-confirmed leader could remove the special counsel.

My statement on legislation to protect the Special Counsel's investigation. https://t.co/k7P5HGHqun pic.twitter.com/VptSyeWQLV

Trump added that Whitaker was confirmed for a previous job — as the U.S. attorney in Iowa.

Whitaker also served on the advisory board for a patent promotion company that paid nearly $26 million to settle charges that it cheated clients. The company admitted no wrongdoing and Whitaker was not personally named in the Federal Trade Commission investigation.