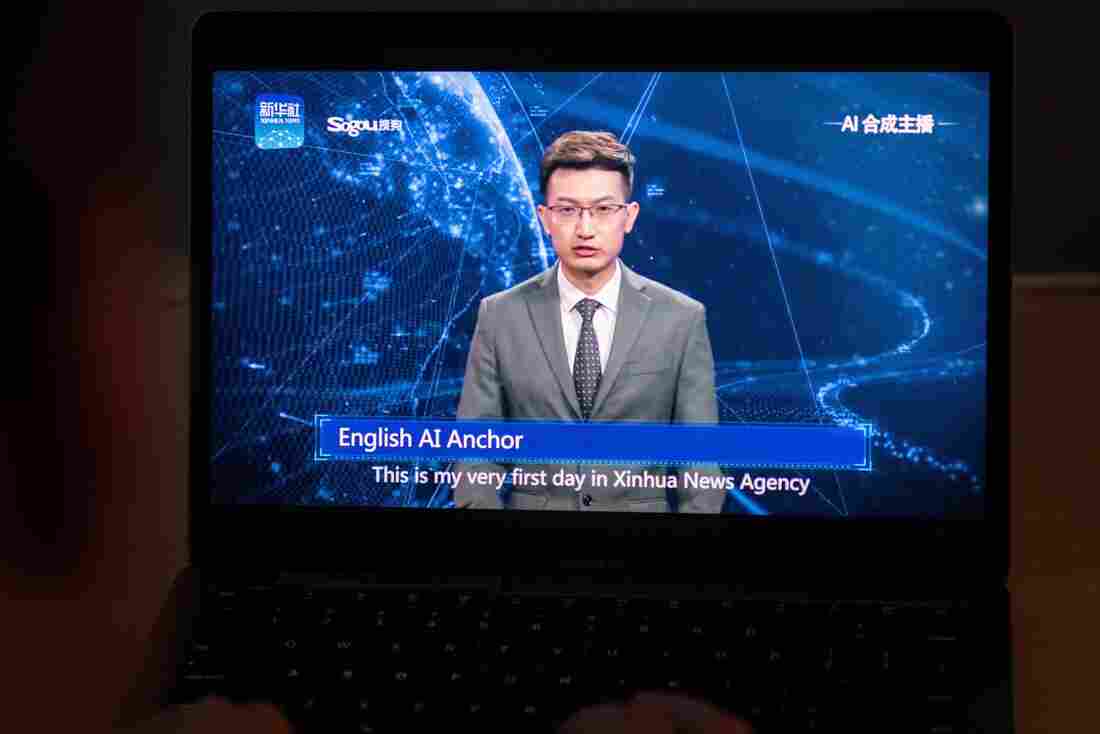 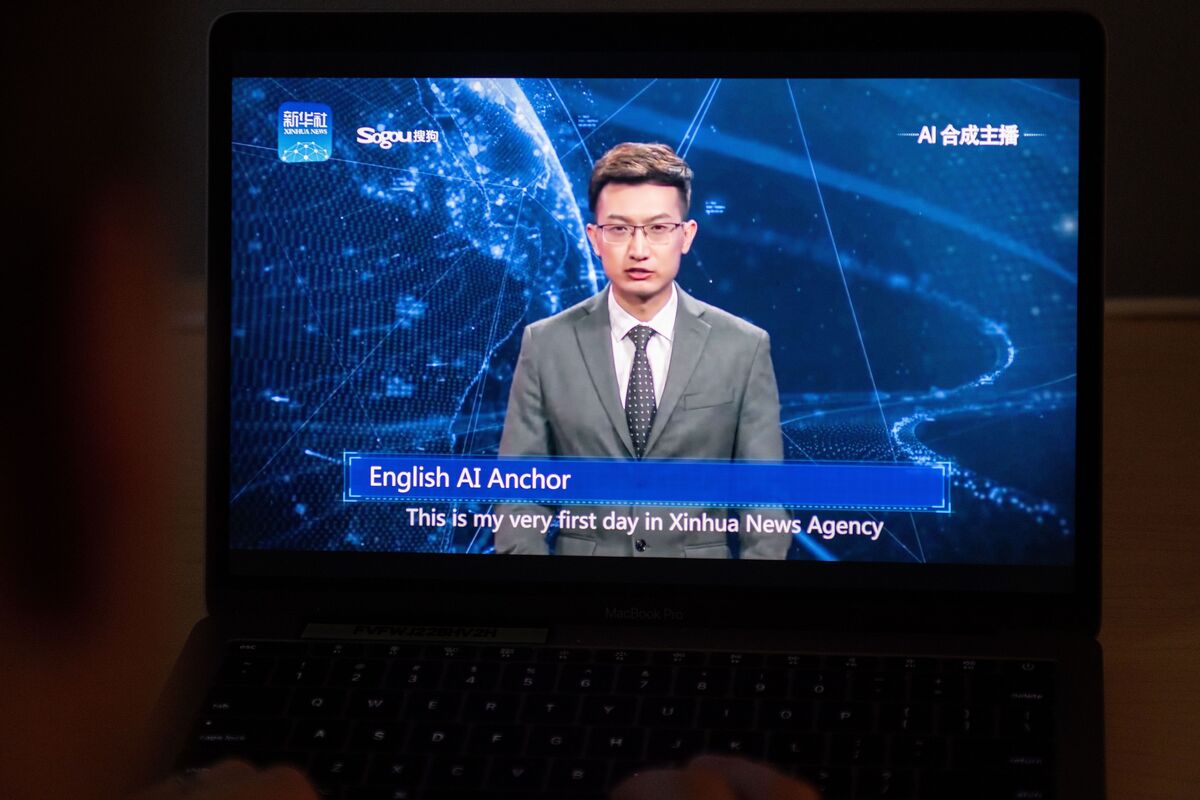 "This is my very first day at Xinhua News Agency," says a sharply dressed artificial intelligence news anchor. "I look forward to bringing you the brand new news experiences."

The anchor "learns from live broadcasting videos by himself and can read texts as naturally as a professional news anchor," Xinhua says. Some disagree about whether the technology appears natural. You can decide for yourself here, with the English-speaking one modeled after real Xinhua anchor Zhang Zhao:

The AI anchor was produced with "facial landmark localization" and "face reconstruction," according to China Daily. As the BBC notes, it "appears that photo-like facial features have been applied to a body template and animated."

It was designed jointly with the Chinese search engine company Sogou.com. Reuters reports that there's another version of the AI anchor, modeled on real anchor Qiu Hao. The wire service added that Sogou staff "said it wasn't clear when the technology would actually go into use."

A.I. Produced 'Portrait' Will Go Up For Auction At Christie's

Xinhua points to what it sees as certain advantages of an AI anchor, saying it "can work 24 hours a day on its official website and various social media platforms, reducing news production costs and improving efficiency." South China Morning Post suggests it could save networks money in news anchor salaries, and even "one day challenge the human variety."

But some experts are skeptical about the kind of news-watching experience an AI news anchor offers.

"It's quite difficult to watch for more than a few minutes. It's very flat, very single-paced, it's not got rhythm, pace or emphasis," Michael Wooldridge from the University of Oxford told the BBC. And compared to a trusted human news anchor, he says that "if you're just looking at animation you've completely lost that connection to an anchor."

The news is amusing some actual news presenters — BBC's Simon McCoy burst out laughing while reading that Xinhua claimed its AI anchor was just as natural as a human one.

And of course, as The Washington Post notes, an AI anchor is "devoid of decision making and processing skills and cannot offer the emotional element given by a real journalist."

Artificial intelligence technology is becoming more commonly used by news organizations. For example, the Post has used a bot system called Heliograf to automatically write text that humans can add to for breaking news events such as elections and the Olympics.