Accessibility links
Nancy Pelosi Confident She'll Be House Speaker Despite Pushback A group of roughly 10 House Democrats is organizing an effort to oppose Pelosi as the next speaker of the House, but they admit they don't have an alternative candidate yet. 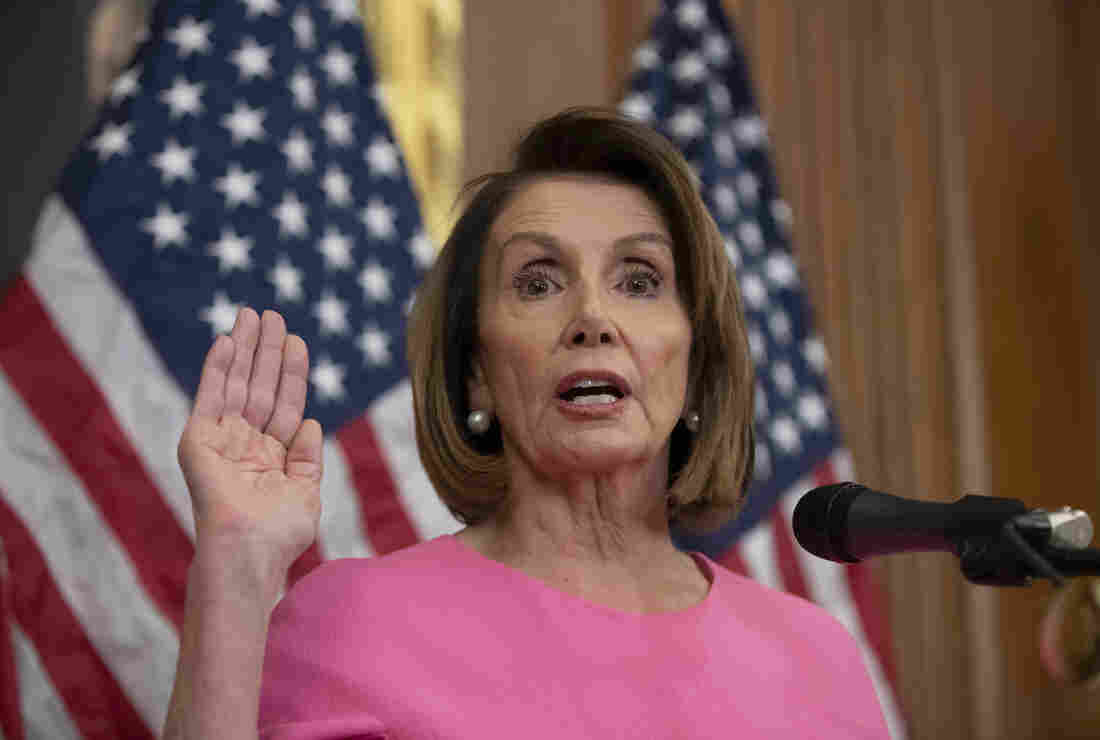 House Minority Leader Nancy Pelosi, D-Calif., expressed confidence she would be elected speaker of the House after Democrats won control of the chamber in the midterm elections on Tuesday. J. Scott Applewhite/AP hide caption 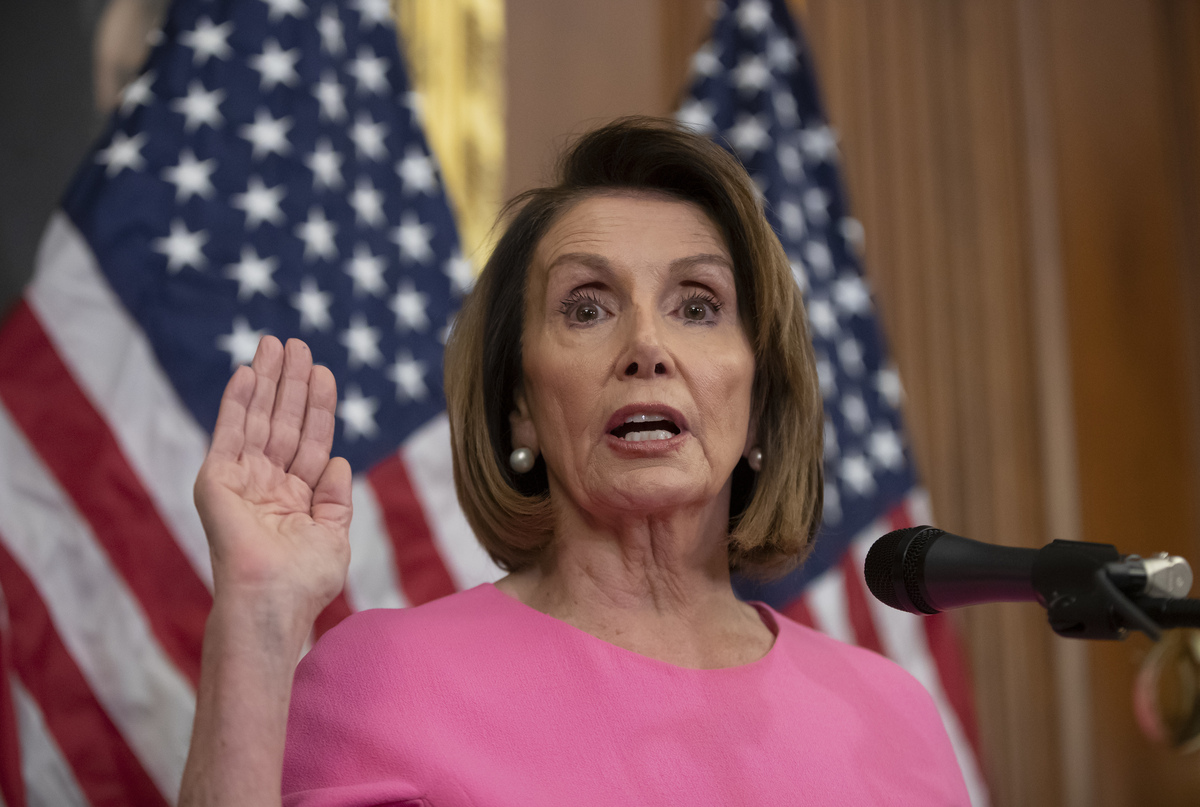 House Minority Leader Nancy Pelosi, D-Calif., expressed confidence she would be elected speaker of the House after Democrats won control of the chamber in the midterm elections on Tuesday.

House Minority Leader Nancy Pelosi told CNN this week she's "100 percent confident" she'll be the next speaker of the House.

But a group of about 10 House Democrats is plotting to block Pelosi from returning to the speakership. The group, which includes Pelosi critics like Reps. Seth Moulton of Massachusetts, Tim Ryan of Ohio and Kathleen Rice of New York among others, held its first meeting Wednesday night, according to congressional sources.

"If we're asking members, many of them who have said during their campaign that they're not going to vote for Nancy Pelosi — 15 to 20 of them — if the first thing we ask them to do is to vote for her, they're going to be in a lot of trouble in their re-election," Ryan told NPR. "And I just don't think that's fair to them."

The would-be insurrection has a major problem: It doesn't yet have a candidate to oppose Pelosi in a head-to-head contest. Without an alternative, the group is instead focusing on building a public case that Pelosi doesn't have the votes she would need to win a January floor vote electing the next speaker.

The group's immediate next step is to gather signatures from current and incoming representatives who are firmly opposed to voting for Pelosi. Their goal is to make the letter public next week, as Congress returns to Washington, and new members arrive for orientation.

To be elected speaker of the House a candidate has to receive a majority of the full House of Representatives in a vote at the start of the new session of Congress in January. While Pelosi likely has the support of the majority of the Democratic caucus, if enough Democrats voted against her on the House floor, she would be blocked from winning the speakership. Pelosi became the first female speaker of the House in 2007 after she led the effort to retake control of the House in the 2006 midterm elections. She remained the top House Democratic leader when her party lost control in 2010 and has easily fended off challenges for the post since then.

The more seats Democrats win in the 2018 contest, the easier it would be for Pelosi to lock up the votes she needs to regain the gavel. Democrats have picked up 30 Republican-held seats so far. Several more Democrats are leading races that remain too close to call in California, New Jersey and elsewhere, so the party's gains could ultimately approach 40 seats. Several of the people involved in the oust-Pelosi effort have conceded that the larger the incoming Democratic class is, the less leverage they have to force Pelosi out.

"Leader Pelosi is confident in her support among Members and Members-elect," Pelosi spokesman Drew Hammill said in a statement. "Democrats don't let Republicans choose their leaders. The election proved that the GOP attacks on Pelosi simply do not work."

Pelosi and her allies have long argued that no other Democrat has the legislative, fundraising and organizational skills she would bring to the speakership. She raised millions of dollars for Democratic candidates over the course of the 2018 election cycle, including Democrats who were wary of publicly committing to voting for her.

In the days since the election at least half a dozen Democrats have publicly reaffirmed their support for Pelosi's leadership, including newly elected members like David Trone of Maryland as well as longtime supporters like Illinois' Jan Schakowsky.

Schakowsky told NPR that there will be other opportunities for new members to show leadership next year. She stressed that "in this really chaotic time with the White House and the things that the president is doing, we want someone that has the experience, the know-how, a steady hand, has been in the room where it happens before. And I think Nancy Pelosi is the — really the only one — that knows the scene and will be able to navigate these very rough waters."

NPR's Kelsey Snell and Deirdre Walsh contributed to this story.

A previous version of this story misspelled a reference to Rep. Jan Schakowsky's last name as Shakowsky.