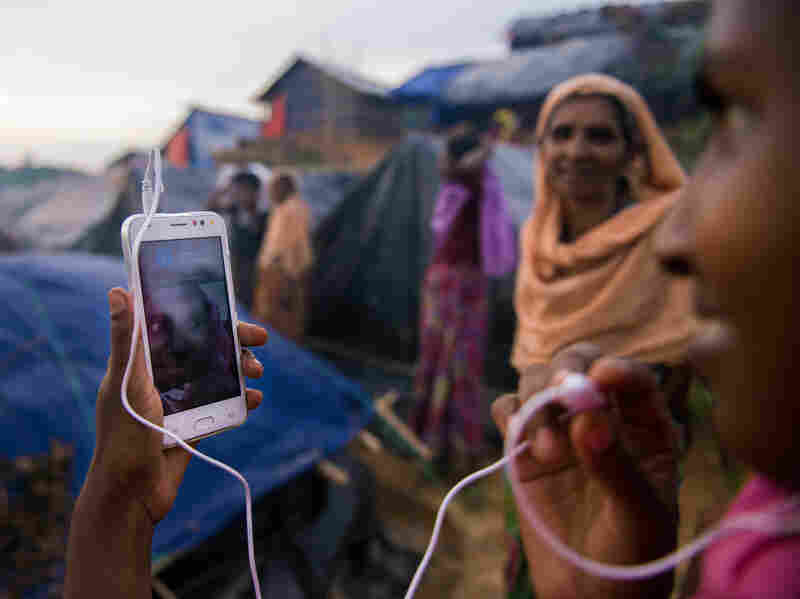 Facebook released a report this week about how the social media company's platform has been used to incite violence against the Rohingya Muslims. Ziaul Haque /Getty Images hide caption 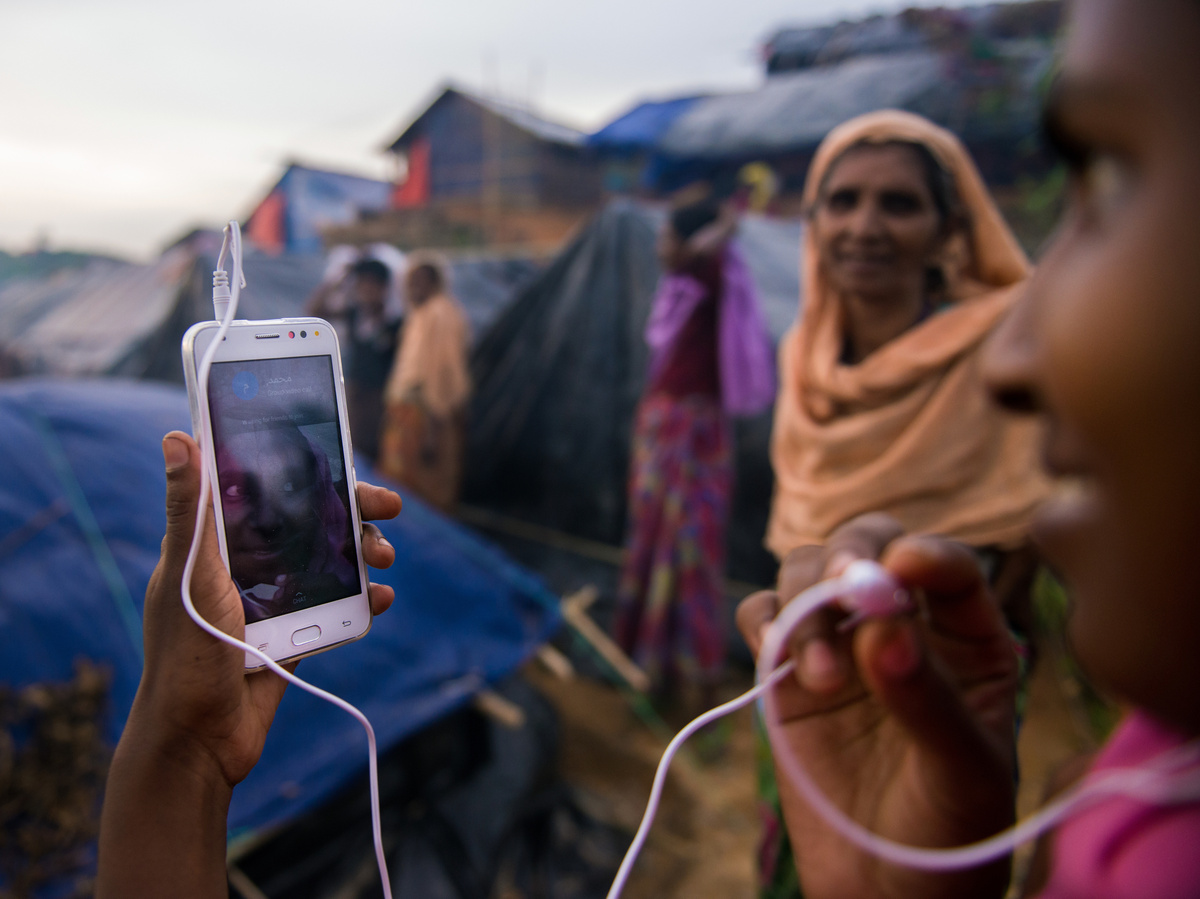 Facebook released a report this week about how the social media company's platform has been used to incite violence against the Rohingya Muslims.

Americans hear about what the United Nations calls the continuing genocide of Rohingya Muslims in Myanmar and may think it's tragic and outrageous, but wonder: what has it got to do with us?

Myanmar called the million or more Rohingya who lived there "illegal immigrants" in the Rakhine state that has a Buddhist majority. Rohingya have lived in Myanmar for centuries. But they are not considered citizens.

Myanmar's military began forced removals of the Rohingya last year, and more than 700,000 are now in crowded camps, vulnerable to starvation, murder, rape and disease.

This week, Facebook released a report from Business for Social Responsibility that showed how the company's social media platform has been used to incite violence against the Rohingya. At least 25,000 people have been killed.

Myanmar isn't widely wired for the Internet. The regime is dominated by generals who try to suppress news, and have jailed reporters. But people in Myanmar have cellphones. Facebook says about 20 million people in the country use Facebook to connect with each other.

But, many of them have also read malicious messages aimed at the Rohingya and truly fake news, including a false and inflammatory chain letter that said Rohingya Muslims planned to attack Buddhists. Many of those lies and distortions came from sham accounts run by Myanmar's military. They reeled in eyeballs with posts about pop music, gossip and graphic photos, then delivered phony and explosive stories.

Alex Warofka of the company conceded the report and says, "We weren't doing enough to help prevent our platform from being used to foment division and incite offline violence. We agree that we can and should do more."

The company pledged to hire 100 moderators in Myanmar, who speak local languages, to detect racist posts and fallacious reports.

One hundred people to monitor messages from 20 million people? Maybe that's why Amnesty International sounded unimpressed and tweeted, "This report shows that Facebook did too little too late to stop murderous incitement & misinformation."

Facebook fairly points out they didn't create racism or human rights crimes in Myanmar, and is taking steps to avoid being an inflammatory platform. But this high-tech, social media and American company, as much as any industrial or agribusiness in the Age of Imperialism, began to do business in a country run by repressive generals without much apparent regard for the consequences for the people who live there. They cared about algorithms and revenues, over all.