Accessibility links
Activist Shaun King On Why He's Reviving Frederick Douglass' 'North Star' Paper Shaun King plans to revive The North Star, originally an abolitionist newspaper published by Frederick Douglass in 1847. He says it's necessary to fight back against injustices in today's world. 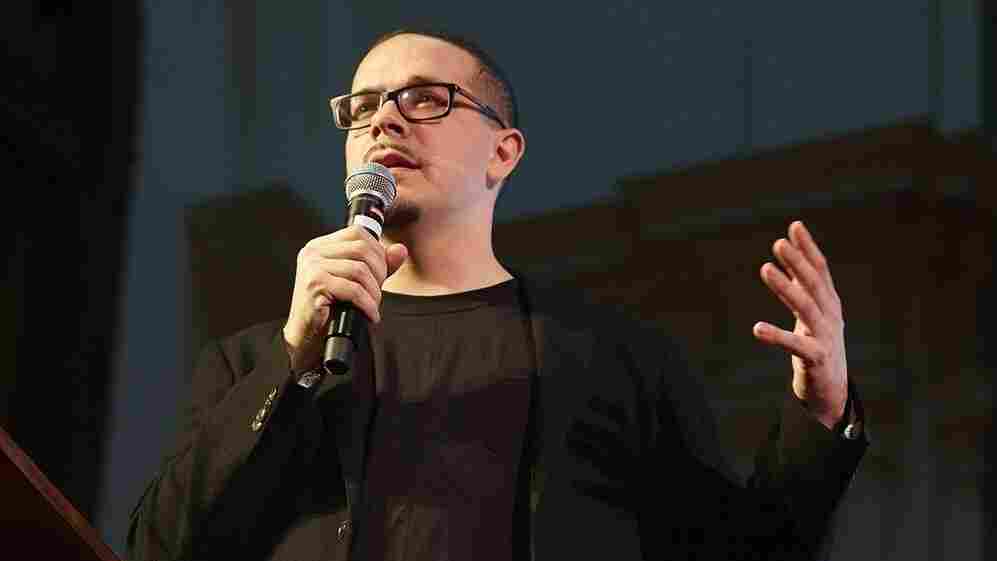 Activist and journalist Shaun King plans to revive The North Star, originally an abolitionist newspaper published by Frederick Douglass in 1847. He says it's necessary to fight back against injustices in today's world. Courtesy of Shaun King hide caption 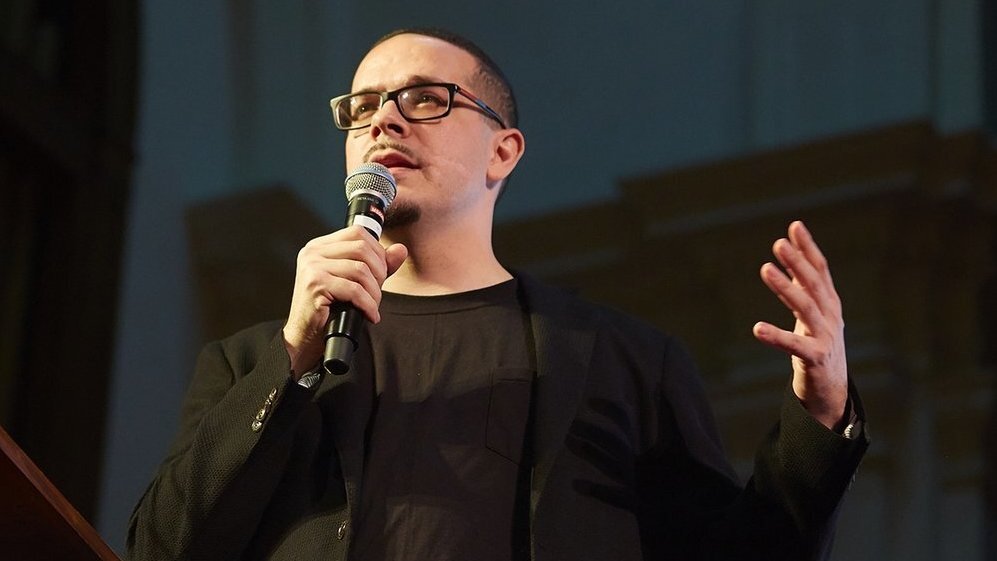 Activist and journalist Shaun King plans to revive The North Star, originally an abolitionist newspaper published by Frederick Douglass in 1847. He says it's necessary to fight back against injustices in today's world.

In 1847, Frederick Douglass published one of the most influential antislavery newspapers of its time -- The North Star. In the newspaper's first issue, the abolitionist, himself formerly enslaved wrote, "It is evident that we must be our own representatives and advocates, not exclusively, but peculiarly, — not distinct from, but in connection with — our white friends."

Now, 171 years later, activist and journalist Shaun King and his friend Ben Dixon plan to revive the paper next week. King says that it's "necessary for where we're going and where we are as a country on issues of voting rights, police brutality, mass incarceration," that people have a news source like The North Star. He says he wants people to have the information they need in order to take a stand on these issues.

Unlike The North Star that Douglass knew, King says the new team plans to bring the paper into the modern age and publish on the Internet while also providing its audience podcasts, video news services and mobile apps for both iPhone and Android. King also said that the team is working to eventually create a version of the news geared toward children.

King spoke with NPR's Michel Martin ahead of the newspaper's official launch about why he decided now was the time, what Douglass' descendants think and who he hopes to reach with the content.

On why The North Star needs to be revived

A huge reason why we really wanted to start something new is that there are great outlets that I love and read and subscribe to, but they weren't necessarily created for us and they weren't necessarily created to fight back against some of the injustice and problems that we see. What Frederick Douglas and Dr. Martin Delany knew all the way back in 1847 was that for 250 years in the United States newspapers really were on the fence about slavery, and what they knew was that we need a periodical that we manage that we curate that isn't on the fence, that's strongly against it.

There is kind of this spirit in journalism to tell both sides of the story and to just let the listeners choose what they want to choose, and I understand that and there's a place for it, but on some issues we really do need to take a stand.We felt like instead of starting over from scratch, it would also give us an opportunity to revitalize something beautiful that was started generations ago.

There are many great outlets that we love and respect, but The North Star really is going to be a hard news outlet with reporters and journalists, White House correspondents. I think we'll be hard news with some cultural commentary.

On what the descendants of Frederick Douglass think

First we didn't know if we were going to revitalize something old, but we really thought part of being able to do that was going to give ourselves the opportunity to tell like "Hey, we have a rich journalistic tradition that goes back hundreds of years." When we settled on the name and identity of The North Star, we found the family, reached out and talked with them for weeks and they really love the idea. 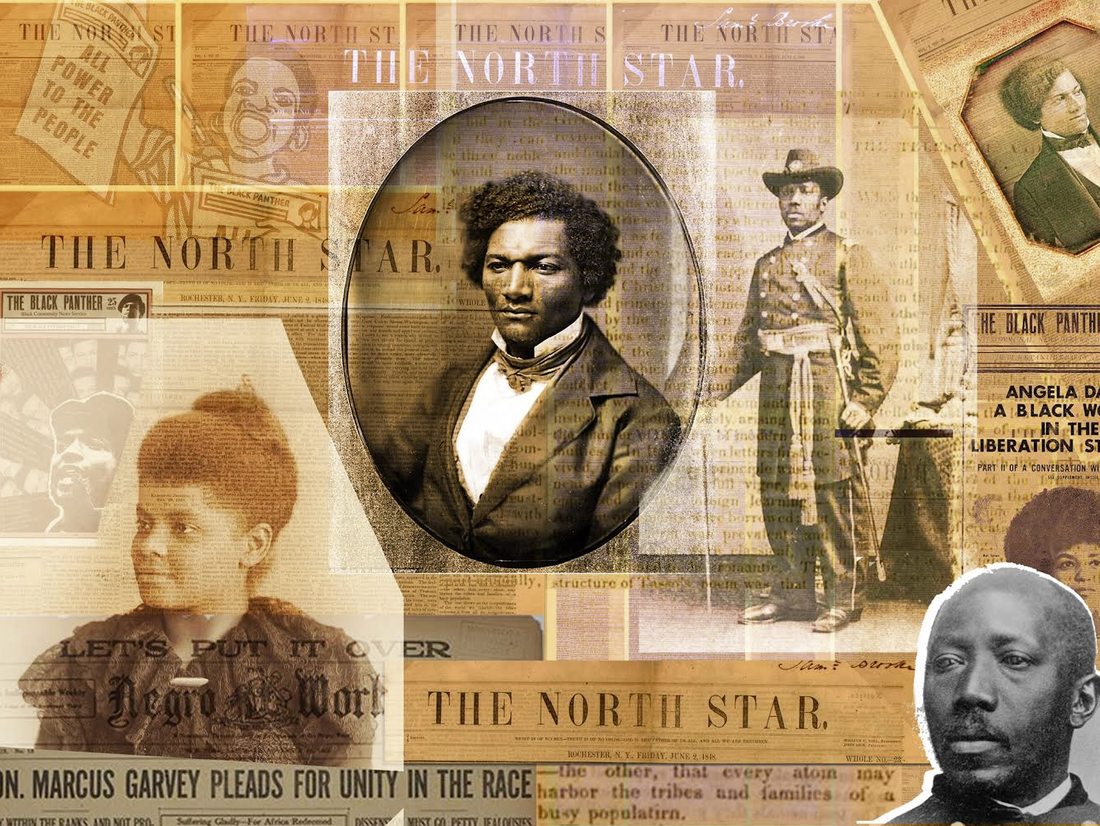 The revived North Star is set to launch next week. Activist and journalist Shaun King said in his announcement on Medium that it will be "a news app, a full news website, a collection of podcasts, and an online nightly news broadcast." Courtesy of Shaun King hide caption 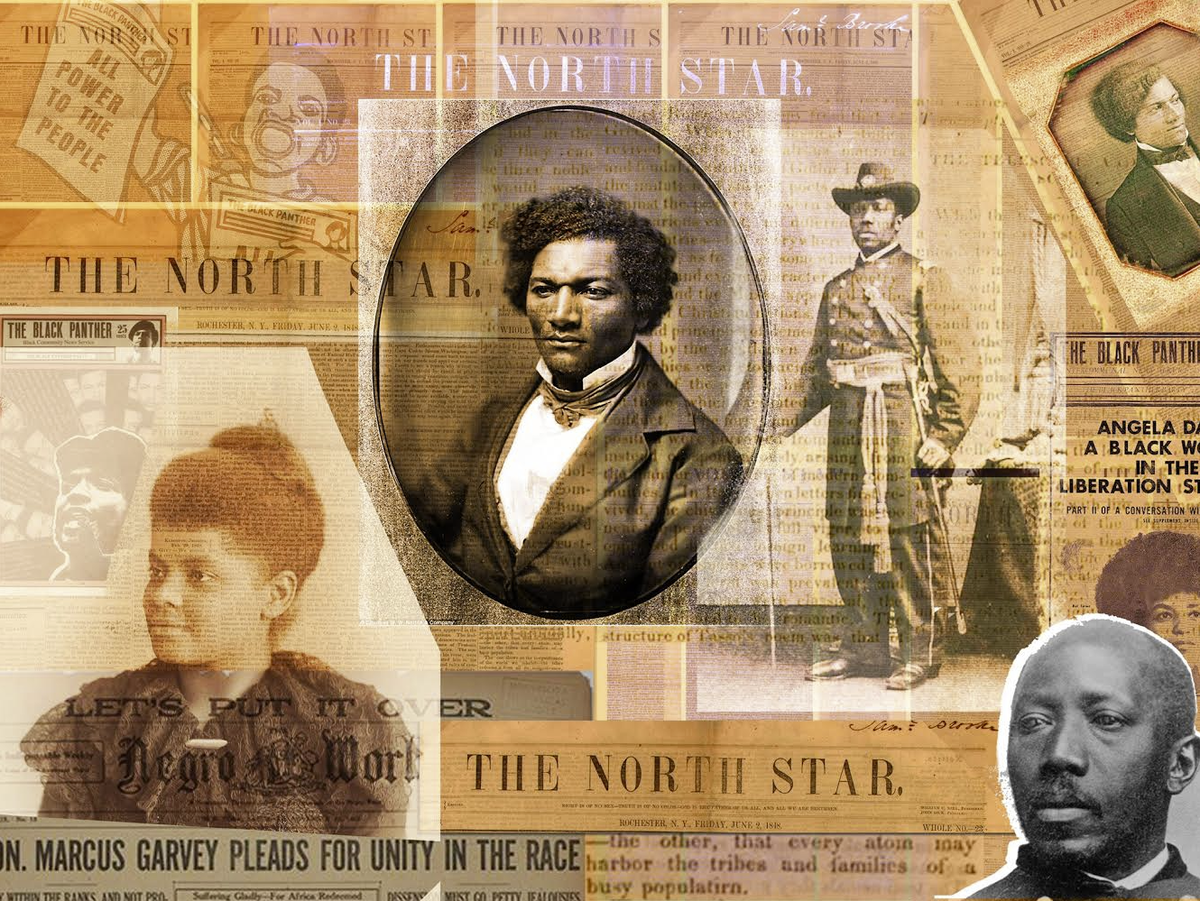 The revived North Star is set to launch next week. Activist and journalist Shaun King said in his announcement on Medium that it will be "a news app, a full news website, a collection of podcasts, and an online nightly news broadcast."

I think what irritates both conservatives and liberals alike is when news outlets pretend that they don't have an agenda, but then clearly do, be it in the editorial decisions they make and the guests they have and the material that they cover. We're really going to wear our heart and soul and beliefs on our sleeve. I'm not sure many conservatives who are so deeply entrenched in their own views would come to our platform and be persuaded. I used to believe that. For most of my adult life, I saw myself as a bridge builder and I still have the heart of a bridge builder, but our time now is so partisan. People get their information in such silos that I've found more and more and more it's just difficult to build those bridges.

I used to think this notion of preaching to the choir was a problem and we kind of use it in a bit of a pejorative sense ... but I've actually grown to adopt that perspective that the choir needs good preaching — they need good information. They need good tools and insight. So while we may be a silo, we'll be an informative one. But we also have a heart to speak to people outside of it. It's not that we won't be in that silo, it's just that they've gotten much harder shells and exteriors than they used to.

A previous version of this story incorrectly stated 1874 as the year Frederick Douglass published The North Star. In fact, the year was 1847.